Health & Medicine
MacBrainResource is a vast collection of macaque brain slides and electron microscope (EM) blocks generated in the laboratories of Dr Pasko Rakic and the late Dr Patricia Goldman-Rakic. Drs Lynn Selemon and Alvaro Duque at Yale University School of Medicine are committed to making these valuable brains available to researchers both on-site and remotely via website access (macbrainresource.org). MacBrainResource represents a 21st century solution for researchers faced with mounting obstacles to primate research and one that does not require the sacrifice of any additional animals.

The human brain is incredibly complicated. Decades of research have been devoted to elucidating the structure, function and development of the human brain and to identifying abnormalities associated with neurologic and neuropsychiatric disorders, such as stroke, epilepsy, Alzheimer’s, Huntington’s, and Parkinson’s diseases, to name only a few. Moreover, recent evidence suggesting that diseases like schizophrenia and autism are linked to prenatal disturbances highlights the importance of gaining a full grasp of early human brain development.

Direct study of the human brain has unquestionably provided the basic foundation for our knowledge of human neuroanatomy and neural development. However, human studies are necessarily limited to non-invasive examination of normal architecture. Animal models provide a means of circumventing this limitation. Systemic and intracranial injections allow researchers to explore developmental mechanisms in greater depth and to elucidate brain connectivity. Experimental manipulations enable greater understanding of the impact of lesions on connected brain areas and of prenatal perturbation on brain development. Non-human primates, including prominently macaques (Macaca mulatta), have been used extensively in neuroscience research as their brains are very similar to humans and their brain development is protracted much like that in humans.

Over the past few decades, the enormous cost of primate housing and care, tightened regulations on primate research and changing attitudes towards primate use in medical research has led to a reduction in primate research across the globe. These challenges are major deterrents to primate brain research. Drs Lynn Selemon and Alvaro Duque in the School of Medicine at Yale University have created a unique online resource known as Macaque Brain Resource (MacBrainResource) containing five distinct collections of macaque brain tissue. The mission of MacBrainResource is to foster new primate brain research using brain tissues generated over the past 50 years.

Duplicating the scale of this collection today would be extremely difficult, making MacBrainResource an incredibly important resource for scientists.

MacBrainResource is derived from years of experimental research in Dr Pasko Rakic’s and the late Dr Patricia Goldman-Rakic’s laboratories. Drs Selemon and Duque, who have worked with Drs Rakic and Goldman-Rakic, are now at the center of the pioneering effort to provide worldwide access to these collections. With funding from the National Institute of Mental Health, histologic slides and EM images will be digitised as requested: these materials will be freely available to researchers for remote access and analysis so they can be used to make new discoveries – with no animals being harmed in the process.

Nose to the grindstone
Unravelling the mysteries of brain development, its structure and function was the passion of the late Dr Patricia Goldman-Rakic and continues to be a life-long endeavour for Dr Rakic. Early in their careers they chose the non-human primate brain as a model due to its similarity with the human brain. Developmental studies in the non-human primate are particularly challenging as these require a breeding colony with specialised facilities for pregnant, infant and juvenile non-human primates. Whilst in the Department of Neuroscience at Yale, the Rakic/Goldman-Rakic laboratories overcame these challenges and in doing so established one of the few non-human primate breeding colonies in the world.

Decades of research from many scientists in the Rakic/Goldman-Rakic laboratories generated an immense collection of over 7000 brain slides and EM blocks, that now comprise the five collections of MacBrainResource. Duplicating the scale of this collection today would be extremely difficult, making MacBrainResource an incredibly important resource for scientists.

Unique collections
As a young scientist, Dr Rakic asked the question ‘where and when are neurons made during brain development?’ To answer this conundrum the Rakic laboratory used a technique that was novel at the time, injection of a compound called tritiated thymidine into pregnant monkeys. Radioactive tritiated thymidine gets incorporated into the DNA of cells that are undergoing cell division. Those cells that are undergoing their final cell division, that is the division that gives rise to newly generated neurons, will be most densely labelled. Quantitation of the number of densely radioactive neurons present in a specific brain structure following injections at various foetal ages allows determination of when neurons in that structure were born. The samples of brain tissue from these experiments were collected throughout the 70s and 80s and make up Collection 1. This collection is currently being used to investigate contemporary questions in brain development.

For Collection 2 we introduce one of the most influential women in neuroscience, Dr Goldman-Rakic. Her research focused on understanding the prefrontal cortex – the part of the brain that resides under your forehead. Her research group mastered a technique that was relatively new in the 70s, known as tracer autoradiography. By labelling amino acids, the building blocks of proteins, the Goldman-Rakic lab was able to visualise neurons connecting different regions of the brain. Dr Goldman Rakic, her postdoctoral associate Dr Selemon and others in the group found multiple channels of communication across brain regions, including identifying connections between the prefrontal cortex and the hippocampus, a region involved in the formation of memories. After Dr Goldman-Rakic joined Dr Rakic at Yale she continued to study brain connectivity and accumulated a large collection of brain material revealing different connecting networks across the brain, constituting Collection 2.

Collection 3 represents the culmination of collaboration of Drs Rakic and Goldman-Rakic at Yale. With their combined prowess as accomplished surgeons, they conducted surgery in prenatal animals either to resect or to inject brain areas at various developmental stages. To do this, they removed the foetus from the mother to perform the experimental procedure and then replaced the foetus back in the mother’s womb. Yale is one of the only places in the world where these surgeries were conducted largely due to Dr Rakic and Dr Goldman-Rakic’s expertise. Postnatal lesioned cases are also included in Collection 3.

Drs Rakic and Goldman-Rakic turned their attention towards schizophrenia for Collection 4. This complex disorder affects thoughts, emotions and behaviour and it can lead to inappropriate actions, false perceptions, fantasy and delusion. Dr Selemon’s studies in cortical brain samples from patients with schizophrenia had indicated that the prefrontal cortex lacks connectivity to the rest of the brain. With this in mind, researchers in the Rakic/Goldman-Rakic labs set out to create a non-human primate model to test the role of brain development in schizophrenia. They used prenatal exposure to X-irradiation to curtail generation of neurons during foetal development. Many of the animals were raised to adulthood at which time their brain tissue was collected and processed in a manner compatible with stereologic analysis. These celloidin-embedded, thick brain sections comprise Collection 4. This collection provides a unique opportunity to study the effects of disturbing foetal brain development in the adult brain.

Making MacBrainResource available to the larger neuroscience community will facilitate primate brain research for a new generation of researchers.

Collection 5 takes a closer look at the connections between different neurons, known as synapses. Researchers from the Rakic/Goldman-Rakic groups studied synaptogenesis, the formation of synapses, in multiple regions of the non-human primate brain. High resolution electron microscopy was used to reveal structures of neurons that cannot be seen with a light microscope. In one prominent study, Drs Rakic, Goldman-Rakic and collaborators analysed 25 non-human primates from foetal brains up to adults of 20 years. They found that in the non-human primate cortex synapses are overproduced during development and are subsequently reduced during adulthood, concurring with the patterning described in the human cortex.

Gold mine
Decades later, these five collections are still being used to generate data. Researchers from universities around the world, including Illinois, California and Sydney, have visited the School of Medicine at Yale to analyse regions of the brains that had not been examined by Rakic/Goldman-Rakic labs. Drs Lynn Selemon and Alvaro Duque hope that through digitisation, MacBrainResource will make all five collections more widely accessible to researchers not affiliated with Yale.

Drs Selemon and Duque have utilised the collections in some of their studies and are passionate that other neuroscience researchers get the opportunity to do the same. Collection 1 has been utilised by Dr Duque who compared a more contemporary method of identifying new neurons, called BrdU, to the tritiated thymine injected non-primates in Collection 1. He found that neurons taking up BrdU weren’t as healthy. This has important implications for researchers using BrdU as a marker of new neurons. So important in fact that Dr Duque was asked to contribute a chapter to a technical book series. Collections 2-5 haven’t been utilised as extensively. In one recent publication, Dr Selemon and her colleagues compared a new tracing method, dynamic programming in conjunction with diffusion tensor imaging, to the tracer autoradiography method found in Collection 2 to corroborate findings. Dr Selemon, Dr Duque and other researchers at Yale believe that making MacBrainResource available to the larger neuroscience community will facilitate primate brain research going forward.

Using animal models for research is presenting more challenges now than it has done in the past. How do you see neuroscientists conducting research in the future?

<>Today neuroscientists who wish to address scientific questions in the non-human primate face enormous hurdles in terms of cost, regulation and an increasingly unfavourable public attitude towards animal research. MacBrainResource provides a 21st century solution that circumvents these obstacles by allowing researchers worldwide to conduct new research without having to bear the exorbitant costs of primate research or sacrifice any animals. It is our mission to maximise usage of these valuable primate brain materials and by doing so promote primate research for the benefit and advancement of science. 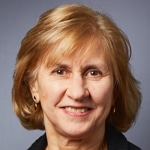 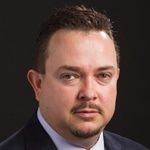 Dr Lynn Selemon, a Research Scientist in the Department of Neuroscience, earned a doctorate in neuroscience from the University of Rochester. As a postdoctoral associate of Dr Goldman-Rakic at Yale, she conducted tract tracing experiments to elucidate cortical pathways in the brain. Her more recent research has focused on neuroanatomic abnormalities associated with schizophrenia and PTSD.

Dr Alvaro Duque, a Research Scientist in the Department of Neuroscience, earned his doctoral degree in neuroscience from Rutgers University in Dr Laszlo Zaborszky’s lab. He was a postdoctoral associate at Yale in the labs of Drs Patricia Goldman-Rakic and David McCormick. Currently, he is working with Dr Pasko Rakic on studies of primate development.

MacBrainResource is an online repository of macaque brain material available for the use of researchers.

Dr Alvaro Duque and Dr Lynn Selemon are co-PIs on this project. They would like to acknowledge the following collaborators: