Health & Medicine
Injuries to the brain can have dire consequences, leading to debilitating symptoms and an increased risk of long-term degenerative diseases such as Alzheimer’s disease and amyotrophic lateral sclerosis (ALS). Despite the impact these injuries have on the lives of millions, there are no good treatments or preventative therapies. Associate Professor Daniel Linseman, of the Department of Biological Sciences and the Knoebel Institute for Healthy Aging at the University of Denver, is working to remedy that. His research focuses on understanding the mechanisms that underlie brain injury and dysfunction. Interestingly, his recent work on the dietary supplement Immunocal®, shows it to be a potential option for mitigating the deleterious effects of traumatic brain injuries (TBIs), such as concussion, and diseases like ALS.

The brain is an incredibly complex organ. From that complexity comes the ability to think, imagine, and perform equally complex tasks. The brain is our species’ most precious commodity, responsible for making us the most successful animal on the planet. It is also our most precious asset, making us who we are as humans. Unfortunately for us, it is particularly susceptible to injury.

There are 1.7 million incidents of traumatic brain injury (TBI) in the USA alone, each year. The consequences can be severe; one in three of every injury-related death is due to a TBI. Those who survive can be burdened with motor or cognitive impairments that severely reduce their quality of life. There can also be long-term implications; people who have suffered TBI have an increased risk of developing neurodegenerative diseases such as Alzheimer’s disease and amyotrophic lateral sclerosis (ALS).

The brain is our species’ most precious commodity, responsible for making us the most successful animal on the planet. It is also our most precious asset.

Despite the severe impact on individuals and society, there are no approved treatment options. That is not to say that researchers are not actively pursuing their development; Dr Linseman is one such researcher interested in understanding the mechanisms that could explain what happens in the brain when it is diseased or injured. He sees one aspect as being particularly important: oxidative stress. His work on reducing the effects of oxidative stress has shown that the dietary supplement Immunoca® could be useful for reducing the severity of symptoms in disorders where oxidative stress causes problems, such as TBI or ALS.

Immunocal®, an oxidative stress reliever in TBI
To generate energy, our cells take oxygen from the air we breathe and use it to release energy stored in the food we eat. This process is essential to our survival. By-products of this process are potentially harmful molecules known as reactive oxygen species (ROS). These molecules are harmful because, if left unchecked, they can lead to damage of important cellular components such as DNA and mitochondria (the energy producing parts of a cell). However, some production of ROS is normal, and cells come equipped to deal with them. Cells contain scavengers – antioxidant molecules such as glutathione that can react with the ROS and convert them to harmless waste products.

However, research has shown that this process is disrupted during injury and disease. Injuries such as TBI can result in an increase in the generation of ROS. The scavenging system becomes over-burdened and ROS start to damage parts of the cell such as the mitochondria. This damage can result in cell death, producing a worsening of symptoms.

Dr Linseman’s approach is to minimise the damage caused by ROS in the injured brain. To do this, he is looking into methods to increase the ability of the brain to neutralise ROS, such as boosting levels of the ROS scavenger glutathione.

To that end, his group has been testing a dietary supplement derived from whey protein called Immunocal®. Immunocal® contains high levels of a molecule called cysteine, an important precursor from which glutathione can be produced. The hope is that by providing precursors such as cysteine, the amount of glutathione will increase, and cells will build up a more robust defense against harmful ROS following injury.

A 2018 study by Dr Linseman’s team demonstrated that this is indeed the case. His group used a mouse model of TBI to determine if supplementation with Immunocal® could improve symptoms.

They gave mice the supplement twice daily for 28 days prior to administration of a moderate TBI. The first question the group had was whether feeding the mice Immunocal® would increase glutathione levels. They were pleased to see that the Immunocal®-treated group showed a significant increase in the levels of glutathione in the brain compared to untreated mice subjected to TBI.

Excitingly, mice that received Immunocal® showed less impairment in their motor and cognitive abilities than controls.

Next, they looked to see if symptoms of the injury were improved. Excitingly, mice that received Immunocal® showed less impairment in their motor and cognitive abilities than controls, demonstrating that Immunocal® has the potential to improve the outcome of serious injury to the brain.

Next, the group looked in more detail at the mouse brains to try and understand how they changed in response to injury. Although the initial damage to the brain seemed to be similar between treatment and control groups, the researchers noticed differences in how the brain degenerated over time. The supplemented mice had less degeneration of their neurons (the cells responsible for transmitting information in the brain), and the connections between neurons in different parts of the brain remained more intact. Interestingly, the supplemented mice had reduced lipid peroxidation in the brain, a sign that they suffered reduced levels of oxidative stress compared to controls.

Neurodegeneration
There is ample evidence that oxidative stress plays a key role in the pathology of various neurodegenerative diseases such as Alzheimer’s disease and ALS.

In ALS, motor neurons that carry signals from the brain to various parts of the body begin to die. As the cell death worsens, people with the condition progressively lose control over their movement. It is a devastating disease with a lack of effective treatments and although the cause of the neuronal death in ALS is not known, it is suspected that oxidative damage plays a key role. Dr Linseman therefore wanted to know if Immunocal® could improve the symptoms of ALS as it had done in their TBI model.

In the 2014 paper in the journal Antioxidants, his group used a mouse model of ALS. The mice they used have a mutation in the gene superoxide dismutase 1 (SOD1) which causes them to develop a condition which is similar to that of human ALS. They wanted to know if supplementing these mice with Immunocal® could improve their ALS symptoms compared to mice that did not receive supplementation. They were pleased to see that mice supplemented with Immunocal® had a modest delay in the age at which their symptoms presented, 98.5 ± 1.1 days compared to 91.6 ± 0.9 days for the untreated ALS mice. What is more, their symptoms also improved; mice that received Immunocal® showed less decline in grip strength (a measure of the loss of muscle control that occurs as the disease progresses). Finally, looking at the levels of glutathione confirmed that, as in the TBI model, Immunocal® supplementation of the ALS mice had a bolstering effect on levels, both in the blood and in spinal cord tissue.

The future
A wealth of research suggests that oxidative stress leads to increased damage and a worsening of symptoms in a number of brain disorders including TBI and ALS, and yet a good means of combating these diseases is yet to be found. From Dr Linseman’s preclinical work in mice, Immunocal® shows great promise. The next step will be testing the effects of Immunocal® in humans and, although the road from animal studies to a treatment for humans can be a long one, we wish him great success.

Could you tell us about any planned or current studies with Immunocal® in humans?

A potential new treatment for brain injury was last modified: May 23rd, 2019 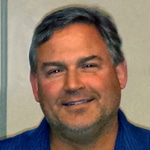 Dr Linseman’s research is focused on mechanisms of neuronal death in degenerative disorders and episodes of neurotrauma, with a particular emphasis on ALS, Alzheimer’s, and traumatic brain injury. Dr Linseman is an Associate Professor in the Department of Biological Sciences and the Knoebel Institute for Healthy Aging at the University of Denver.

Dr Linseman and his lab explore a prospective nutritional supplement, Immunocal®, for enhancing resilience and improving recovery following traumatic brain injury which could be taken as a preventative measure by high-risk populations.

2 thoughts on “A potential new treatment for brain injury”