Health & Medicine
We all grow older, but the ageing process affects us differently. Many master, or veteran, athletes are examples of “successful ageing”. Their physical fitness is often recorded in sport performance records over a long period of time, making them ideal for studying the effects of ageing. Professor Emeritus Michael Stones, of Lakehead University, Ontario, Canada, used a statistical method called mixed linear modelling to analyse age-linked changes in master marathon runners. Although rarely used in this kind of study, this method provides the most accurate representation of such age trends. The results show that performances by faster runners decline more slowly, and that those with younger ages at entry better maintain their pace into older age.

Ageing does not always bring inevitable physical decline. Although, for most people, their peak physical years will come in young adulthood, for one group of people this is not necessarily the case. Organised sporting events for older adults – now known as master athletes, or veterans – were first established in the 1960s. By the 1970s, sport science researchers had begun to question the widespread belief that physical abilities inevitably decline dramatically after young adulthood. Master athletes were held up as prime examples of “successful ageing”, due to their ability to maintain high levels of physical performance well into older adulthood.

“Master” athlete categories begin at the age of 35 for track and field events, and 40 for road races like the marathon – but many veterans compete well into old age. For a number of reasons, master athletes offer excellent opportunities for the study of human physical performance. Master athletes have usually maintained consistently high levels of health and fitness for many years, and are very experienced in their field. Their official performance record acts as an indication of their fitness over time. Master athletes allow the effects of ageing to be studied independently of factors that might affect their peers, such as obesity and other health conditions, or lifestyle choices like smoking and drinking alcohol.

A new way to approach the statistics of sport
Professor Michael Stones of Lakehead University has a long-standing interest in the effects of ageing on physical performance. In particular, Professor Stones is interested in the different statistical methods that can be applied to analyse the performance of the unique group of people who are master athletes.

There are several different possible approaches to measuring changes in performance over time. Longitudinal studies follow a group of people of similar age over a period of time, with measurements taken at least twice during that time. Historical research looks backwards to assess differences at particular points in time. Finally, cross-sectional research, sometimes called cross-sectional trend, compares the performance of people of different ages at the same time, in a single measurement.

Master athletes allow the effects
of ageing to be studied independently
of factors that might affect their peers, such as obesity.

In earlier research, Professor Stones found that the approach that was taken affected the outcomes of the research. For example, performance decline with age appeared to be greater with cross-sectional than with longitudinal data. For this reason, Professor Stones decided to pioneer a statistical technique, rarely used in this type of study: mixed linear modelling (MLM).

Marathon runners and mixed linear modelling
Until recently, there were some limitations to the statistical tools available for measuring performance over time. For example, these tools could not recognise that the same athletes often appeared more than once in observations; the same person might hold records in more than one category, or in more than one sport. This can lead to a degree of error in the results. MLM, on the other hand, can take this into account as part of the analysis, which means that it produces more reliable results. MLM also has the ability to separate and analyse both cross-sectional and longitudinal data.

In a recent study, Professor Stones used MLM to analyse marathon running by master athletes. Marathon running is popular among master athletes. A 2015 article reported that the 1,100 annual marathons in the US attracted around half a million runners in total; of these, the mean age for women was 36.7 years and for men, 40.4, meaning that many of the runners would have been of master athlete age.

To investigate the effect of age on performance, Professor Stones used a type of “virtual” cross-sectional approach, by looking at the world’s top 100 marathon times by age class. However, MLM enabled him to differentiate cross-sectional and longitudinal trends. In total, the data included 937 performances (or race times) by 387 men and 856 performances by 301 women (a maximum of 100 times are recorded for each age class; at the oldest ages, 100 times were not available). The average ages of the athletes were 62 years for the men and 60.5 years for the women. The marathon race times were recorded between 1963 and 2016.

Based on previous research, Professor Stones was able to make a number of predictions, including that race times would increase more rapidly in older age groups, particularly for women, and that faster runners would better maintain their performance as they aged, when compared to slower runners.

Faster runners keep their pace for longer
The statistical models generated during the study demonstrated that Professor Stones’ predictions were accurate. The results showed that, as expected, women had longer race times than men, race times increased more rapidly in older age groups, and that older women experienced a greater increase in race time than older men. Also, as predicted, slower runners showed a greater increase in race time as they got older, while faster runners were able to better maintain their race times.

The predictions made by the
statistical model indicate that continued, consistent participation is an effective way to maintain performance.

A deeper analysis of the data revealed the reasons behind the slower change in race times in faster runners. The fastest runners are likely to start recording race times at a younger age than the slowest runners. They are also more likely to have multiple times logged in the records of the 100 best times for each age group. This might suggest that these runners have a high level of commitment to their sport, leading to more effective, longer-term training. This allows these athletes to retain their race times as they age.

Lessons for master athletes
The results of Professor Stones’ research suggest some potentially useful tips for master athletes and their coaches. The predictions made by the statistical model indicate that continued, consistent participation is an effective way to maintain performance. Ideally, master athletes would increase their commitment as they move up in age classes, as well as seeking out competition against high performers and participating in races on faster courses. Master athletes and coaches might themselves benefit from observing the practices of the most successful runners in each age group.

Statistics and ageing
Professor Stones has applied his knowledge of statistics to other areas within the field of gerontology, or the study of ageing and old age. In one study, Professor Stones and his colleagues used statistics to investigate the links between psychotropic medications (any medication that affects the mind; such as depression treatments, for example) and mortality in care home residents. The research revealed the important finding that daily treatment with these medications brings a significantly lower risk of death than an intermittent or “as needed” treatment regime. In other work, Professor Stones and other researchers at Lakehead University carried out a wide-ranging review into studies of sexuality, sensuality and intimacy in older people. This research examined both cross-sectional and longitudinal trends to give an overview of the changes in this area of life that have occurred in the last half century.

Clearly, the statistical methods pioneered by Professor Stones can be applied to many aspects of the study of ageing. Ultimately, Professor Stones hopes that other researchers will be encouraged to use similar innovative methods in their own studies of the way that people age. 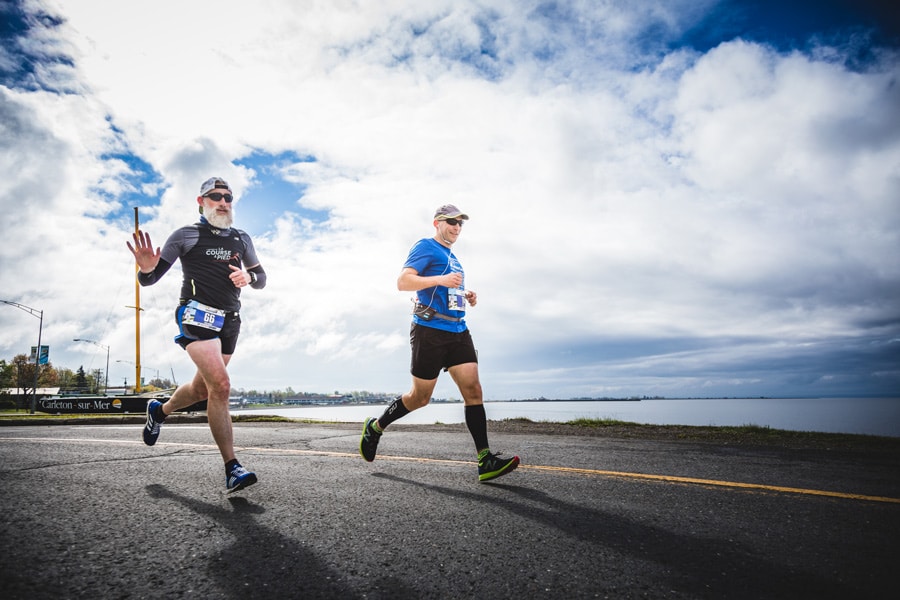 Could the methods used in the study of marathon runners potentially be applied to other sports?

<>Yes, the methods could certainly be applied to other sports. The second and third publications listed above respectively illustrate applications to performance by master athletes in track and field activities and half-ironman world championships. The differentiation between cross-sectional and longitudinal age trends proved to be important in both these studies.

How does age change sport performance? Master athletes have the answer was last modified: June 1st, 2020 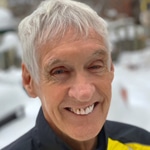