Biology
Many previously described medicinal plants of the Bible do not match the flora of the Holy Land. Using modern interpretations of ancient Hebrew, Egyptian and Mesopotamian sources, the authors have reduced these potential medicinal plants to 45 species of which 20 were not previously included. Amots Dafni (Institute of Evolution, Department of Evolutionary and Environmental Biology, University of Haifa, Israel) has extensive knowledge of the ethnobotany of sacred, ritual and medicinal plants of the Holy Land. Barbara Boeck (Institute for Mediterranean and Near Eastern Languages and Cultures, Madrid) studies ancient Mesopotamian healing therapies and medicinal plants.

The Holy Land, an area between the Jordan River and the Mediterranean Sea that also includes the Eastern Bank of the Jordan, is synonymous with the biblical land of Israel and Palestine. This was an ancient botanical crossroad, enjoying an active trade in spices, incense and medicines from Egypt to Mesopotamia and beyond. Its flora includes about 2,700 species, some of medical value.Among the early written records of plants in this region are Egyptian medical papyri. Ebers’ papyrus (1550 BC) contains 700 magical formulas and prescriptions, including the medical uses of plants. In the ruins of Assyrian Nineveh (Mesopotamia), thousands of cuneiform documents (cuneiform is a writing system invented in ancient Mesopotamia that is recognisable by its wedge-shaped marks on clay tablets) from earlier than 500 BC were found that mention over a thousand plant species. Many of the medical cuneiform texts (including texts only on plants) remain to be translated.

In the original Hebrew version of the Bible (8th-3rd centuries BC), plant names are often unclear. Modern books showcasing assumed biblical plants draw conclusions that are frequently questionable. For example, in these books, the biblical lily is variously taken to be seven different plants, including cyclamen. Such confusion is understandable, partly because the same plant may have several names even in one country: Cyclamen persicum has at least 30 Arabic names.

The tree most mentioned in the Old Testament is the Date Palm – it occurs 34 times, mainly as a place name or a person’s given name, and only six times meaning the plant itself. Date Palm has been proposed as the Tree of Life but since neither the Tree of Life nor the Tree of Knowledge is given a specific name in the Bible, their true identities continue to be the subject of speculation.

Most of the plants in the Bible are only mentioned in passing, with reference to medicinal use occurring even less.

Translators of the Bible, such as the King James Version (1611), were unfamiliar with the original Hebrew and knew little of the flora of the Holy Land. To get around this they sometimes chose names from their local floras to make the plants seem familiar to their readers. There are similar problems of identity for plants mentioned in medical contexts in the Talmud (text of Rabbinic Judaism, with versions dating from the 3rd to 8th centuries BC).

Most of the plants in the Bible are only mentioned in passing, with reference to medicinal use occurring even less. Examples of biblical medical application are the use of ‘balm’ to treat sores (Jeremiah), Fig as a cure for a boil (Isaiah), and Mandrake as a fertility remedy enabling Jacob and Leah to have a fifth son (Genesis). Mandrake had around 88 different medicinal uses in the ancient world; some of which continue to this day.

Researchers need to be aware that plant names can change over time with some being discarded or forgotten. Plants used in medicine and witchcraft often have many local names (such as Mandrake). Also, the same plant may have several names and the same name can refer to more than one species (such as Artemisia) or genera (such as Cupressus/Juniperus).

Untangling the botanical identities of plants of the Bible
One way of assessing the possible validity of potential biblical medicinal plants is if they are also recorded as medicinal plants in other sources. Plants and their products (such as spices and incense) that had medicinal uses in Egypt and Mesopotamia were probably also known in the Holy Land in biblical times, even if they are not mentioned in the Bible. Likewise, plants mentioned in the Talmud as medicinal that are also documented in Egypt and Mesopotamia and for which archaeological evidence exists are reasonable candidates.

The post-biblical Mishna (written collection of the Jewish oral traditions) and the Babylonian Talmud include about 400 plant names, 43 of which are mentioned in relation to medicine. The pharmacopoeias of ancient Mesopotamia and Egypt, found in cuneiform and hieroglyphic texts, include more than 200 plants, the identification of which requires further etymological research.

However, many modern compilations carry inaccuracies. J. A. Duke in “Medicinal Plants of the Bible” (1983, cited in Dafni & Boeck) lists 176 plant species as biblical medicinal plants, but many of them are not related to the flora in the region and were never grown or traded in the ancient Middle East. W. Jacob in “The Healing Past: Pharmaceuticals in the Biblical and Rabbinic World” (1993, cited in Dafni & Boeck) suggested 55 plants (most on a species level but some as genus).

Linguistics and philology help in the study of biblical plant names. Modern developments, especially with Hebrew and Akkadian materials, have exposed mistranslations and mistakes in botanical identification of some assumed biblical plants. Recent palynological (study of ancient pollen grains dust or particles) as well as archaeological data have corroborated the possible biblical medicinal uses of some plants. For example, there is archaeological evidence for the use of medicinal Cinnamon, Myrrh Gum (Commiphora sp.) and Myrtle in the Holy Land in biblical times and earlier.

Examples are ‘balm’ to treat sores, Fig as a cure for a boil and Mandrake as a fertility remedy.

Meanwhile, although some have suggested that Papaver somniferum L. (Opium Poppy) was used medicinally in Egypt, it is debatable whether the plant was known at all in the Holy Land in biblical times. Other medicinal plant species are known only from ancient Egypt and, at the moment, there is insufficient evidence to consider them biblical medicinal plants: these include Ocimum basilicum (Basil) and Cannabis sativa L. (Marijuana). Providing ethnobotanical evidence, Samaritans (a group originating from the Israelites) still use Origanum syriacum (Syrian Oregano) in the same way as in biblical times.

Assessing the botanical reliability of biblical plant names
In “Plants of the Bible” (2012, in Hebrew, cited in Dafni & Boeck), Z. Amar revisited the flora in the Old Testament to determine the reliability of previously suggested plant names. Using Jewish post-biblical sources, Amar grouped names according to botanical identification reliability. He arrived at around 75 plant names with certain to reasonable identification validity. But among previously proposed plants, he found 13 plant names to be unidentifiable or unreliable, 20 non-specific names like ‘thorn’ or ‘lily’, and 35 names that were probably not related to plants at all.

Now, Dafni and Boeck have done a similar review of potential biblical medicinal plants on the basis of recent studies in Hebrew biblical language, Egyptian and Mesopotamian medicinal use of plants and ethnobotany, and botanical archaeological remains of medicinal plants found in Israel. As a result, they propose a revised list of 45 medicinal plant species of which 20 have not previously been included.

Using Amar’s guidelines for identification reliability, Dafni and Boeck discarded plant names based on mistranslations and plants that were not indigenous to the Holy Land or were never introduced. They compiled an inventory of plants for which there is literary evidence (including comparative data from ancient sources) and/or archaeological evidence of medicinal use. Some plants from the Talmud were eliminated on the basis of new linguistic interpretations.

The proposed biblical medicinal plants (45 in total) are all known as such in the ancient civilizations of the region. All have been in continuous medicinal use in the Middle East down the generations and are used in the Holy Land today. Most have at least one additional use as food, in rituals, for perfume and cosmetics, and as incense. Some could now be studied further to determine their chemical composition and medical activity with a view to isolating compounds for possible drug development.

What is an interesting aspect of the direction that your joint work is now taking?

<=”acceptedAnswer”> Especially interesting of our joint work is the exchange of information between such different areas of research such as Biology and ancient Philology. It is an enormous challenge to prepare the specialist information from each field in order to make it available to the other field and to engage then into a discussion of identification and use. We have just learned the “language” of communication and are now “conversing”.

How might the stigma attached to magic and exorcism (God as a singular healer) have meant that plants as medicines are not more explicitly mentioned in the Bible?

<=”acceptedAnswer”> We should not forget that the Bible is not a book on medicine but a collection of writings on the religious experience of ancient Israel including historical accounts, parables, hymns and didactic writings. The reason that many plants are not mentioned as medicines should not be sought in the belief that God has singular healing power but rather that the authors of the different books of the Bible were not specialist healers or physicians and focused rather on the intellectual challenge of God’s word.

Revisiting the medicinal plants of the Bible and the Holy Land was last modified: November 17th, 2022 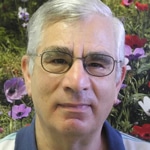 Amots Dafni is Professor (Emeritus) at the Institute of Evolution, Department of Evolutionary and Environmental Biology, University of Haifa, Israel. In the field of ethnobotany his research is focused on sacred trees of the Holy Land (history, typology, supernatural characters, rituals, ceremonies and customs), ritual plants and monotheism (especially of aromatic plants) as well as plant’s names in relation to ethnobotany and medicinal plants (past and present). Dafni is author of several books on pollination ecology and ethnobotany, such as: Pollination Ecology: the Practical Approach (1992), and Plants, Demons and Wonders: Folklore of Plants of the Bible Lands (2017). 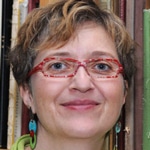 Dr Barbara Boeck is Senior Researcher at the Institute for Mediterranean and Near Eastern Languages and Cultures, CSIC Madrid. She is interested in ancient Mesopotamian healing therapies with special focus on medicinal plants. Her books include the edition of ancient Mesopotamian physiognomic divination (2000), a treatise on Sumerian and Akkadian healing incantations (2007), and a study on Babylonian medicine (2013).

On the basis of recent studies in Hebrew biblical language as well as archaeological findings, Dafni and Boeck review potential biblical medicinal plants and suggest a revised list of plants of the Holy Land.

Dafni A., Boeck B., (2020). Revisiting the medicinal plants of the Bible and the Holy Land Research OUTREACH (114). Available at: https://researchoutreach.org/articles/revisiting-the-medicinal-plants-of-the-bible-and-the-holy-land/ (Accessed YYYY/MM/DD)