An ageing society and rural depopulation are ongoing issues in Japan. At Brock University, Canada, Dr Atsuko Hashimoto, Dr David J Telfer, and Sakura Telfer (Brescia University College) explore the use of tourism to rejuvenate rural communities. The remote village of Nagoro (Shikoku Island) has less than 30 residents remaining, most of whom are over the age of 70. Thanks to a returning daughter, the village has found a way to replace lost residents. Scarecrows placed throughout the village re-enact aspects of rural life. The resulting publicity and tourism have not stemmed the physical or demographic decline; nonetheless, the scarecrows offer both a glimpse of the past and record the process of decay.

Across Japan, an ageing society and depopulation have become major challenges for rural communities. The signs of decay and abandonment raise questions about the future of small rural villages. By 2045, almost 40% of the country’s population will be over the age of 65. The services around which communities congregate are disappearing – schools, shops, petrol stations, medical facilities – and the loss of young, economically active residents to urban areas has reduced the tax base. In some places, government regional development and rejuvenation projects are needed to provide the necessary infrastructure and services to sustain village life. However, with these plans tending to focus on communities with more than 1,000 residents, and with existing residents generally resistant to significant levels of immigration, many smaller communities face the prospect of disappearing altogether. Both rural areas in decline and heritage sites have turned to tourism as a revitalisation strategy; however, strong collaboration between locals and government officials is critical to success, and many communities will continue to see a decline without proper intervention. Deserted villages are on the rise, and by 2040, some 900 towns will no longer exist.

At Brock University in Canada, Dr Atsuko Hashimoto and Dr David J Telfer have spent more than a decade exploring the challenges and opportunities of using tourism as way to rejuvenate rural communities and heritage sites in Japan.

In Oita Prefecture, on the eastern coast of Kyushu, attractions include a landscape museum (comprising an area cultivated since 743 AD), agritourism accommodations (where visitors are encouraged to participate in farming activities), farmers’ markets, a high-end hot spring spa (onsen) harnessing the area’s geothermal energy, and participation in a One-Village-One-Product programme, where individual villages are known for a specific product (eg, Matama is well known for producing excellent watermelons). However, there have been significant challenges in developing sustainable partnerships, including a lack of coordination (eg, between farmers’ markets in different villages), varying levels of interest among local people, and differing viewpoints on tourism-related developments and societal roles (eg, gender roles). While projects such as farm bed-and-breakfasts and small-scale farmers’ markets have generated female empowerment, females are still expected to carry on with their traditional roles on the farm, adding substantially to their workload.

Like many other declining small rural villages in Japan, Nagoro has a rapidly ageing and shrinking population.

Without leadership, many of these initiatives will fall by the wayside. In addition, both the ageing population and resistance to newcomers and their ideas continue to be a major barrier that threaten long-term success.

On the island of Gunkanjima, known as ‘Hashima’ or ‘Battleship Island’, Hashimoto and Telfer have explored the transition of an abandoned coal mine island into a modern industrial heritage site. Recognisable as it appeared in the James Bond movie Skyfall, the island, located off the coast of Nagasaki, was at its peak one of the most densely populated places in the world. Once home to more than 5,000 residents, it was the site of some of the earliest modern concrete high-rise buildings, and of forced labour during World War II, making its 2015 designation as part of a UNESCO World Heritage Site controversial. Closed to visitors between 1974 and 2009, the island is now a heritage attraction, with tourists visiting the abandoned landscape and some of its guides being former residents. The opening up of the island has not been without dissent, with some former residents arguing that the island should be left undisturbed. Others, however, argued for the development of tourism as a means to support inclusion as a UNESCO World Heritage Site. Today there is strict zoning in place to separate those areas open to visitors and those being allowed to decay naturally.

Together with Sakura Telfer of Brescia University College, Hashimoto and Telfer have turned their attention to a remote corner of the Iya-valley (Shikoku Island), where the small village of Nagoro has devised a novel and unique approach to preserving village ‘life’.

Scarecrow village
Like many other declining small rural villages in Japan, Nagoro has a rapidly ageing and shrinking population. People have left the community owing to a lack of employment opportunities and the closure of local shops and services, including the local school. In 2012–13, the closure of two construction companies led to the loss of 25 jobs, representing a full 50% of the community. The nearest hospital is now a 90-minute drive away.

In 2002, a former resident, on return to the village, began erecting ‘Kakashi’ or life-like scarecrows around the village. The first was made to scare birds; the second to remember the loss of a friend and neighbour. As word of the scarecrows spread through the community, requests to memorialise more individuals who had passed away or moved to the city were made.

Today, these scarecrows have been placed throughout the village including along the roadside, in the abandoned school, and waiting at a bus stop or in front of abandoned houses. Some re-enact aspects of rural life – ploughing fields, going fishing, and even a wedding ceremony – and others are seen in casual poses, ‘chatting’ with neighbours. As of 2020, the approximately 300 scarecrows in the village greatly outnumbered the residents (27, all of which are over 70 in age). Some are so realistic that Google Street View images shows them with blurred faces (a feature used to protect the identity of people captured by the Google camera). Feelings towards the scarecrows are mixed, with some residents finding them comforting, but others uncomfortable with their presence.

Hashimoto and her colleagues have examined the scarecrow village through the analysis of secondary data (including social media posts, travel guides, news articles, historical demographic information) and from a site visit to meet with the originator of the project and document the scarecrows through photography.

Scarecrows have been placed throughout the village including along the roadside, in the abandoned school, and waiting at a bus stop.

The Kakashi of Nagoro did not begin life as a tourist endeavour; rather, they were an effort to memorialise lost residents and those who moved away. However, over time the media became interested in the village and soon after this led to the arrival of tourists. Understanding the Nagoro case study from an academic perspective is not easy. The village has no tourism facilities or policies; as such, data on tourism is not officially recorded. The village first appeared on domestic television in 2009, and by 2014 had featured internationally, including in the Huffington Post. Today, the village is promoted on regional tourism websites; there is an annual scarecrow festival, and scarecrow making workshops are held monthly. However, the village remains remote and difficult to access.

An uncertain future
Ultimately, tourism has not stemmed the physical or demographic decline of Nagoro. For many local residents, the scarecrows have personal significance and represent a disappearing way of life. Perhaps the most lasting legacy of the scarecrows is their role in putting a face (or faces) to the issues of an ageing society and rural decline, concepts that are abstract and academic in the lives of most urbanites and the younger generation. Rural decline has forced residents and governments to consider the path forward for villages in a post-growth environment.

If the future of villages such as Nagoro was uncertain before, the COVID-19 pandemic has made them even more so. In Japan, pandemic-related restrictions and guidance led to people avoiding rural communities. Whether or not migrants will continue to seek out rural lifestyles once the pandemic has receded remains to be seen. Hashimoto and Telfer plan to continue their research in rural areas after the pandemic; revisiting Nagoro will give them a chance to conduct longitudinal analysis that will offer new insight into the redevelopment of marginalised communities. Based on your research, given the choice, do you think the residents of Nagoro would prefer to welcome new migrants or to allow the village to slowly fade away?

At the time we visited Nagoro, there was little indication among residents they wanted to welcome new migrants to preserve the community. However, lifestyles and business operations have changed during the pandemic and the younger generation may ponder the possibility of living in a rural environment. Whether the current remaining Nagoro residents agree to this is a different matter. The fear of being taken over by outsiders is real to them. Life beyond growth does not have to mean the death of the community; however, without structural support, communities like Nagoro will eventually disappear. Atsuko Hashimoto is associate professor in the Department of Geography and Tourism Studies at Brock University (Canada). Her research focuses on socio-cultural, cross-cultural, and human aspects of tourism; human rights and equity issues in tourism development; Green Tourism in Japan; and issues in sustainable tourism development in rural areas. 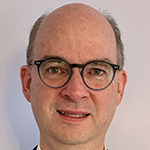 David J Telfer is professor in the Department of Geography and Tourism Studies at Brock University (Canada). His research area focuses on the linkages between tourism and development theory, rural tourism development, heritage tourism, tourism planning and development, and Green Tourism in Japan. Sakura Telfer is a student at Brescia University College at Western University (Canada). Her areas of interest include history and political science, theatre, and Japanese food culture. She has multiple fieldwork experiences in Green Tourism in rural Japan.

Dr Atsuko Hashimoto and Dr David J Telfer explore the challenges and opportunities of using tourism as a way to rejuvenate rural communities and heritage sites.