Physical Sciences
Professor Ian Frigaard and Dr Parisa Sarmadi from the Department of Mechanical Engineering at the University of British Columbia specialise in industrial applications of non-Newtonian Fluid Mechanics and mathematical modelling of Complex Fluids. They developed a method to overcome interfacial instabilities of lubricated pipeline flow during the transportation of higher viscosity fluids, such as heavy oil, coatings, and cements. They proposed a triple layer transportation regime, which consists in placing a layer of yield stress fluid between the higher viscosity fluid and the lubricant to stabilise the flow.

Over the past 20 years, the demand for heavy oil has increased considerably due to the shortages of light conventional oil. Since then, improving the transportation of heavy oil with its higher viscosity has been the focus of many researchers. Moving high viscosity fluids from point A to B results in high frictional pipe pressure losses which, in conventional flow methods, reduce the flow rate and increase the costs associated in such operations. Professor Ian Frigaard and Dr Parisa Sarmadi from the Department of Mechanical Engineering at the University of British Columbia propose a triple layer transportation regime for pipelining which circumvents these challenges and opens the door to an efficient, faster and cheaper mode of transport applicable to handling virtually any type of high viscosity fluids.

Oil pipelining for smoother transfer
The higher viscosity of heavy oils makes its flow through pipelines cumbersome. As the thick fluid moves through a pipe, it tends to ‘stick’ to the inner walls and requires an external force, for example a pump, to push it in order to make it move faster. The ‘stickiness’ of the fluid results in a reduced flow and losses due to friction, which contribute to longer transportation times and higher costs. Given the volumes pumped during heavy oil transportation and its importance for our everyday life, minimising those losses is of tremendous importance for the industry.

Moving high viscosity fluids from point A to B contributes to frictional pipe pressure losses which, in conventional lubricated flow methods, reduce the flow rate of transportation and increase the costs associated in such operations.

In order to improve heavy oil transfer, researchers proposed covering the internal surface of the pipeline with another liquid such as water, acting as a ‘barrier’ and ‘carrier’ at the same time. This process is called lubricated pipelining and results in a structure known as a core-annular flow. This structure is similar to double-core lipsticks you may find in a drugstore, where the outer ring imparts colour and the inner ring provides hydration – only in this case, the hydration ring is on the outside, providing a slippery surface between the tube and the inner core, reducing friction. An alternative and easy way to understand what core-annular flow means is to think about skiing. What we see during skiing is someone wearing skis and gliding over a layer of snow. What we do not see, and probably do not easily understand, is that between the snow surface and the ski there is a very thin layer of water, produced by the instant snow melt under the skis due to the pressure imposed by our body weight. This water layer is acting as a facilitator of the movement, as it reduces friction between the two surfaces (snow and skis).

This is the principle of operation for the core-annular flow. The liquid used as an additional interface between the pipeline and the heavy oil is of lower viscosity to that of the heavy oil, but not so low that it provokes instability, hence ruining the overall ‘gliding’ effect. We could argue that this in-between liquid layer is a happy medium, compromising frictional losses associated with heavy oil transportation through pipelines. However, while sometimes effective, this method suffers from interfacial instabilities, which can lead to a mixing of the fluids and later separation issues.

Updates on lubricated flow
The current challenge faced by research is to optimise the nature of the interface liquid, which needs to be efficient and profitable in order to transport heavy oil cost effectively. There is a lot of research on this topic, with complicated graphs trying to shed light on the conditions which are more advantageous than disadvantageous when it comes to a double-layered core-annular flow. Novel research from Prof Frigaard and Dr Sarmadi reveals interesting advances in the area of lubricated flow, proposing a method that could ensure stable, high-speed core-annular flow of heavy oil. They proposed a triple layer transportation regime as opposed to the double layer system discussed so far, in an effort to stabilise the flow and allow for higher flow speed to be obtained.

The strategy, originally proposed in 2017, involves an intermediate layer between the liquid of importance and the added lubricant between it and the pipeline. This third layer would be a yield stress fluid, acting like a skin between the two liquids, and preventing the flow from becoming unstable. Yield stress fluids do not flow naturally and show solid-like behaviour unless acted on by an external force or stress above a critical value. As a result of being stressed, they lose their gel-like structure and behave differently. Good examples of such a fluid are toothpaste, cement, or condiments in squeeze-tubes, where unless we squeeze the tubes the liquid in question behaves as a solid.

Examining several parameters such as the viscosity ratio, the radius of the core liquid, the yield stress fluid used and the densities of the components, the results indicate a wide operational range for successful heavy oil transportation.

Benefiting from yield stress fluid
Based on the principle of yield stress fluids, Prof Frigaard and Dr Sarmadi, in collaboration with Prof Sarah Hormozi (Cornell University), came up with the idea of a third layer less sensitive to deformation, between the layer directly adjacent to the pipeline and the layer whose transportation is the goal. This builds on previous ideas for viscoplastic lubrication developed with Prof Sarah Hormozi, Dr Miguel Moyers Gonzalez (University of Canterbury, Christchurch) and Prof Mark Martinez (University of British Columbia). The research team refers to this as a triple-layer core-annular flow, with unyielded skin layer. Due to its nature, this intermediate layer would act as a skin preventing the interaction between the flow of the lubricating layer and the heavy oil core. Revisiting the ski example to illustrate the ‘skin’ function, we could say that instead of relying on a water layer being created during every moment of us skiing (due to movement and pressure), there would be a permanent water layer between the skis and the snow, regardless of whether we moved or imposed any sort of pressure, or not. This permanent water layer would ensure that the skis would never get stuck in the snow resulting into us not being able to move freely.

Utilising the yield stress fluid leads to decoupling the flow of the two layers on either of its sides, hence ensuring stable core-annular flow. This would indicate that the range of speed or parameters of the two main liquid layers would not have to be as strict as they would have to be in the absence of the skin, allowing for higher operational flexibility. Through computational measurements and some experimental validation of the proposed method, Prof Frigaard and Dr Sarmadi managed to showcase the robustness of their work. Examining several parameters such as the viscosity ratio, the radius of the core liquid, the yield stress fluid used and the densities of the components, the results indicate a wide operational range for successful heavy oil transportation. The success of their method is attributed to the balance between lubrication and buoyancy, achieved via the presence of the added skin layer. This allowed for pressure gradient reduction, leading to interfacial stability across the layers and avoidance of the liquid phases mixing into one another and ruining the core-annular flow. The work of the research team revealed the possibility for an expansion of the parameter range for viscosity, density, and velocity of the layers involved in lubricated flow in oil pipelining.

Benefiting other sectors
This novel pipe-engineering concept is not strictly reserved for the petroleum industry. Rather, it can be applied to the food and drinks industry, cement manufacturing, plastics industry co-extrusions, sludge treatment and virtually any process that deals with the transportation of high viscosity fluids. The advancements in this line of study allow to ease the operations involved in moving large volumes of viscous fluid and cut processing times while helping to decrease the costs associated with pumping and transportation.

What does the future hold for heavy oil transportation?

<> Due to the shortage of conventional light oil, we have seen a progressive shift into heavy oil production and unconventional hydrocarbons. The latter can be problematic due to hydraulic fracturing concerns. So inevitably, the world will return to heavy oil in the twilight of the oil & gas era. Many countries have heavy oil reserves and some extreme, such as the oil sands in Canada. For all such reserves, transportation is an issue.

When used in other industries, is it necessary to modify any parameters in relation to the fluid transported?

The methodology works for all processes dealing with multi-layer flows. The method can specifically come handy in designing shaped interfaces. For each application, the geometry of the application and the rheology of the fluids need to be adjusted, but it remains very versatile. 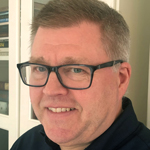 Ian Frigaard is Professor of Mechanical Engineering and Applied Mathematics, specialising in industrial applications of non-Newtonian Fluid Mechanics. He has been at the University of British Columbia (UBC) since 2000 and previously worked in Aluminium industry and Oil & Gas industry. 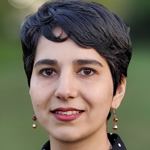 Parisa Sarmadi is a Postdoctoral Researcher and Teaching Fellow at UBC. She is interested in mathematical modelling and Fluid Mechanics of Complex Fluids. During her PhD at UBC, she studied a novel triple-layer core-annular flow with application in heavy oil transportation.

The Natural Science and Engineering Research Council of Canada via their Discovery Grant programme (Grant No. RGPIN-2015-06398) 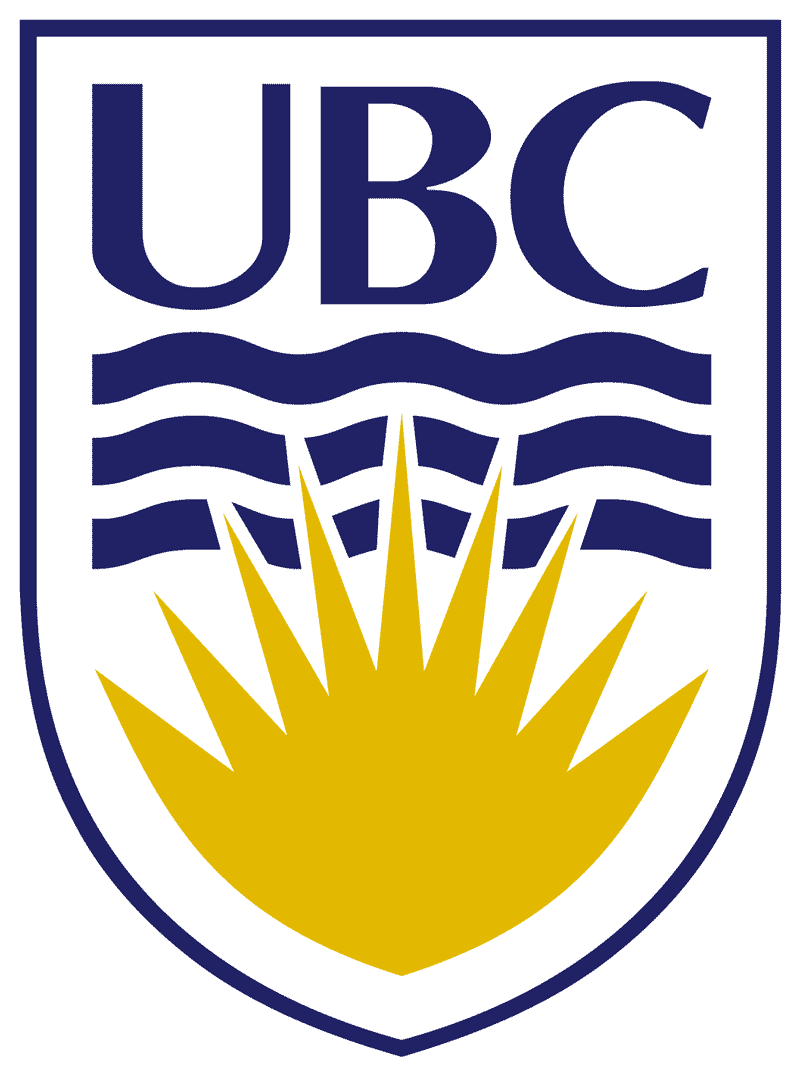