Health & Medicine
Building on several decades of research, Dr Martin Ronis, a Professor at the Louisiana State University Health Sciences Center-New Orleans explores the effects of alcohol on bone turnover. His current research aims to better understand the molecular basis for the toxic effects of alcohol, particularly in women, with a view to uncovering vital therapeutic targets to prevent bone loss. As alcohol-induced bone loss shares many features in common with bone loss during menopause and ageing, his work provides fundamental insights into common pathways underlying the regulation of bone growth and turnover.

Our bones are living tissues that continue to undergo change and replacement (bone remodelling), even into adulthood. As we grow in childhood, our bone mass increases until it reaches ‘peak bone mass’ (PBM). Defined as the greatest amount of bone an individual can attain, PBM is reached in late teens and early 20s. Individuals with a higher PBM have a reduced risk of osteoporosis (a bone disease that occurs when the body loses too much bone, makes too little bone, or both), a leading cause of morbidity and mortality in older post-menopausal women.

Alcohol and bone health
Although the majority of people drink within safe limits, many consume alcohol at levels proven to be harmful to their health. In the USA, approximately 20% of women aged between 18-30 years (4.4 million) binge drink. Drinking more alcohol than the safe limit can affect bone health, and long-term alcohol consumption can interfere with bone growth and remodelling. The resulting reduction in PBM predisposes women to osteoporosis in later life. Clinical studies show that alcohol abuse is correlated with osteoporosis, a decreased bone mass and the risk of fractures, and can delay fracture healing. Although it is well known that women are more susceptible to the toxic effects of alcohol (i.e. ethanol) than men, much less is known about the mechanisms underlying the toxic effects of alcohol overuse in women with respect to their bone health.

Better bones
This is where the research of Dr Martin Ronis, Professor in the Department of Pharmacology and Experimental Therapeutics at the Louisiana State University Health Sciences Center – New Orleans comes in. His research explores the effects of alcohol on bone turnover. He is particularly interested in the relationship between inhibition of bone formation and stimulated bone resorption associated with alcohol abuse in young women and the increased risk of osteoporosis – resulting from a failure to attain PBM. His research involves multidisciplinary basic sciences, including whole animal physiology, nutrition and endocrinology, pathology and molecular biological techniques. Ultimately, Prof Ronis aims to better understand the molecular basis for the toxic actions of alcohol, which might uncover new therapeutic targets to prevent bone loss.

Prof Ronis’ current work builds on a long history of alcohol research with collaborators at the Department of Pediatrics UAMS/Arkansas Children’s Hospital. The researchers explored the effect of chronic ethanol exposure in a rat model that mimics blood alcohol patterns found in binge drinkers. They found that bone density, cortical area, and mature bone strength were negatively affected by alcohol, and showed for the first time that chronic ethanol inhibits rapid bone formation during limb lengthening. They also demonstrated that certain pro-inflammatory molecules – called cytokines – play an important role in the process of ethanol-related skeletal pathology. Excitingly, the team were able to protect fracture healing using inhibitory antibodies against these cytokines in the same rat models.

This early work combined with the fact that alcoholism is a known risk factor for osteoporosis led Prof Ronis to think about ways in which reduced bone mass (osteopenia) occurs after chronic alcohol consumption, leading to increased risk of osteoporosis in ageing. Since osteoporosis is predominantly a disease that affects women, Prof Ronis decided to focus his research efforts on females and on unique physiological states (including cycling, pregnancy and post-lactation), dovetailing with another area of his research into alcohol-nutritional interactions in pregnancy, funded by the National Institute on Alcohol Abuse and Alcoholism.

Ethanol effects in pregnancy
In a study published in 2006, Prof Ronis directly tested the effect of ethanol in pregnancy and cycling rats. The team measured the effect of alcohol on skeletal parameters including tibial bone mineral density (TBMD), bone mineral content and bone mineral area (BMA). A dose-dependent skeletal toxicity following alcohol exposure was observed, demonstrated by decreases in TBMD and BMC. Their data suggested that ethanol-induced bone loss in pregnant rats is mainly due to inhibited bone formation. In striking contrast, bone loss in non-pregnant rats was higher than in that observed in pregnant rats and occurred through a different mechanism, concomitant with additional increases in bone resorption and a decrease in circulating estradiol levels.

Protective estradiol levels
Exploring the pregnancy-protective effect of alcohol further, Prof Ronis and his team demonstrated the role of osteoclastogenesis – the process whereby osteoclast cells are developed. Osteoclasts are the cells responsible for breaking down bone, resulting in bone resorption. Prof Ronis showed that estradiol levels block alcohol-stimulated oxidative stress, which in turn promotes RANKL (receptor activator of nuclear factor κβ ligand, a substance needed for osteoclast formation) – inducing osteoclastogenesis. This finding has significant implications for the use of contraceptive pills containing oestrogens for protecting against alcoholic osteopenia (weak bones) in individuals who drink excessively. Notably, the team also showed that anabolic bone rebuilding is completely blocked by alcohol in post-lactation female rats. This has important implications for post-lactating women who resume drinking after stopping breast feeding, suggesting that they may be at increased risk of osteoporosis with age.

The role of oxidative stress
Intrigued by the differences in bone remodelling during specific physiologic states (pregnancy, lactation and menopause), Prof Ronis went on to explore the underlying molecular mechanisms further. In an elegant series of experiments, the team showed that ethanol inhibits bone formation via a shift in the differentiation of bone marrow mesenchymal stem cells. Rather than forming osteoblasts (bone cell forming cells), these stem cells instead differentiate into fat cells or adipocytes. They demonstrated that oxidative stress was an important mechanism for this. The team then went on to show that the production of excess reactive oxygen species (ROS) production by NADPH oxidase (NOX) enzymes was responsible for the effects of ethanol on bone turnover. Experiments of bone loss in female rats and mice fed ethanol was blocked by dietary antioxidants including N-acetylcysteine (NAC), vitamin E and also DPI an inhibitor of NADPH oxidase (NOX) enzymes.

Interestingly, Prof Ronis found that the effects of ethanol to inhibit osteoblastogenesis (the production of osteoblast cells that form bone) and stimulate bone marrow adipose cell formation were not blocked in experimental genetic mice that lacked an active form of NOX1/2 enzymes. Since a major component of ethanol pathology in bone is the generation of excess ROS, this led the team to hypothesise that another source of ROS mediates this effect. The researchers subsequently explored the contribution of ROS-generating NADPH oxidase-4 (NOX4) and mitochondrial-derived ROS in driving ethanol-induced suppression of bone formation.

Current research
Using a new mouse model of excess alcohol consumption, Prof Ronis’ current work aims to unpick in fine detail the ROS signalling in bone after excess ethanol. Excitingly, recent data also suggests that a certain level of ROS signalling is necessary for normal stem cell self-renewal and bone development during ageing. To test whether NOX4 is responsible for mediating the effects of ethanol on bone formation, ex-vivo (experiments on tissue removed from the body) bone marrow cultures from genetic mice that lack NOX 4 in selected bone cell types (osteoblast precursors, osteocytes, osteoclasts) will drill down on the mechanisms involved.

The teams’ recent findings suggest that dietary antioxidants prevent alcohol-induced osteopenia as a result of blocking excess hydrogen peroxide. Hydrogen peroxide is a form of ROS produced as the result of the activation of NADPH oxidase enzymes following the metabolism (breakdown) of ethanol. Importantly, since alcohol-induced bone loss shares many features in common with bone loss during menopause and ageing, molecular studies of alcohol actions on hydrogen peroxide downstream effects in bone may well provide fundamental insights into common molecular pathways underlying the regulation of normal bone growth and turnover.

Your contribution to the field of alcohol toxicology is immense. What’s next for your research?
<> In addition to my current work on alcohol and skeletal toxicity, I have spent many years working on alcoholic and non-alcoholic fatty liver disease. Recently, we have focused on the role of nutrition in the progression of liver pathology to liver cancer. Interestingly, we find that both alcohol and saturated fats are liver tumour promoters. Changing dietary fat to mono-unsaturated fats like olive oil and dietary protein from dairy to soy protein can protect. Protection appears linked to changes in gut microbiota. We are currently studying these links between diet, gut bacteria and liver cancer. In addition, we are expanding our studies on skeletal toxicity beyond alcohol to look at the effects of environmental pollutants such as polychlorinated biphenyls. 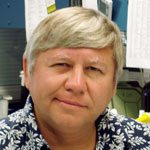 The goal of Dr Ronis’ research is to better understand the molecular basis for the toxic actions of alcohol, particularly in women, with a view to uncovering therapeutic targets. In particular, the results from research aim to link the deleterious effects of alcohol consumption on bone in women of reproductive age with increased risk of osteoporosis, a major cause of morbidity and mortality in post-menopausal women.

One thought on “Alcohol overuse: cutting to the bone”