Charting new territories in vascular disease research, The Human Vascular Research Group (HVRG) at the Medical College of Wisconsin uses fresh human tissues to address important questions in vascular biology. Focusing on the microcirculation, the smallest of blood vessels inside our bodies, their aim is to better understand coronary artery disease (CAD) and other clinical problems associated with microvascular defects. Heart disease is the leading cause of death worldwide and new approaches to treatment and prevention are vital.

The microcirculation is made up of a network of blood vessels, including small arterioles, capillaries, and venules. Its primary function is to supply oxygen and nutrients to tissues and remove metabolic waste. The microcirculation is responsible for orchestrating adjustments of blood vessels to match local blood supply with oxygen demand of tissues – both in normal resting conditions and in response to external stimuli (e.g., increased heart rate) that require increased amounts of oxygen and nutrients.

The microcirculation and coronary artery disease
Heart disease is the leading cause of death worldwide and a significant portion of heart-related deaths are directly linked to blood vessel dysfunction. Changes in the microcirculation are a well-known early indicator for coronary artery disease (CAD). While age and onset of CAD are associated with changes in the regulation of dilation of human coronary and adipose microvessels, the factors that regulate these changes are poorly understood. Although animal models provide some insight into blood vessel regulation in health and disease, they often do not translate directly into humans.

As microvascular function is extremely challenging to measure directly in the human heart, alternative ways to interrogate blood vessel function are needed to further our understanding of pathological changes observed in human subjects. Taking a unique approach, the Human Vascular Research Group (HVRG), consisting of Drs Julie Freed, David Gutterman, Matt Durand and Andreas Beyer, is set to increase our mechanistic understanding of changes observed with onset of disease. The group uses isolated microvessels from surgically discarded tissue to explore why microvascular dysfunction is a powerful predictor of cardiovascular disease. Their aim is to identify clinically relevant pathways and investigate these in more detail using animal models and cell culture models in support of the findings obtained from human microvessels. Their hope is to uncover novel targets for treatment and prevention of human heart conditions.

Assessing microvascular function
The team has a wealth of expertise in studying microcirculatory function in intact human tissue samples, an approach that provides obvious clinical relevance. Their specialised method employs direct video-microscopy of cannulated, pressurized arterioles to assess microvascular function in vitro (outside the body). Through this, the HVRG team has unearthed several signalling pathways that play a key role in the regulation of vascular tone during normal conditions, acute stress, and chronic disease that impact the understanding and treatment of a variety of cardiovascular disorders.

A novel approach
The human microcirculation not only plays a role in regulating tissue perfusion but has been recognised as a modulator of the local tissue environment. The team believes that this provides an explanation for the multitude of dilator and constrictor factors released from the endothelium (the cells lining the blood vessel walls) that also influence vessels further downstream and the function of surrounding tissues.

The HVRG team proposes a novel idea: that communication between microvessels and their surrounding tissues is multimodal. That is, the release of nitric oxide (NO, which causes vessel dilation) preserves normal tissue function by blocking inflammation. Conversely, in disease states or stress conditions, the release of other substances from the endothelium leads to cellular dysfunction, thrombosis, and fibrosis. Their theory neatly explains why microvascular dysfunction is such a powerful predictor of cardiovascular injury.

Cardiovascular stress and disease expose the dynamic nature of the mediators of microvasculature dilation, which can be changed either acutely (e.g. by changes in pressure within the vessel or pharmacological interventions) or by chronic diseases such as CAD. The HVRG team and collaborators explore changes in the dilator pathways, hoping to shed light on ways that microcirculation-provoked dysfunction leads to clinical implications (e.g. atherosclerosis).

The team has a wealth of expertise in studying microcirculatory function in intact human tissue samples, an approach that provides obvious clinical relevance

The stress-induced shift in mediator of vasodilation
In human coronary arterioles from patients with CAD, loss of nitric oxide-mediated dilation to shear stress (flow-mediated dilation, FMD) is compensated by the release of hydrogen peroxide (H2O2) from mitochondria in the endothelial cells. Interestingly, both hydrogen peroxide and nitric oxide are vasodilators, yet they have opposing effects on the health of the microvasculature and surrounding tissue – nitric oxide promotes latency, whereas H2O2 promotes inflammation and atherosclerosis. The HVRG is exploring the mechanisms that switch the mediator released from the endothelium, believing it to be pivotal in reducing tissue stress from inflammation. The researchers are investigating adaptive autophagy (the regulated mechanism that disassembles unnecessary cellular components), which is shown to be necessary for the endothelial shear-induced production of nitric oxide. Their hypothesis is that by blocking autophagic flux, NO is reduced, and inflammation increased, leading to a change from NO production to H2O2 as the mediator of FMD in CAD patients.

A pivotal role of endothelial mitochondrial function
Two pathways involving the production of ceramide and a reduction in telomerase activity are critical in the shift from NO to H2O2. Both ceramide and reduced telomerase activity are known to suppress mitochondrial function and promote mitochondrial free radical production such as H2O2. The traditional role of telomerase is to protect the nuclear genome from shortening during cell division by adding a repeat sequence to telomeres (regions of repetitive DNA sequences at the end of chromosomes); thus telomerase protects the end of chromosomes from damage. Under conditions of acute stress, TERT, the catalytic subunit of telomerase is translocated to the mitochondria where it has been shown to bind to mitochondrial DNA (mtDNA). The exact role of TERT in the mitochondria is somewhat puzzling as mtDNA is circular and does not have telomeres to protect. Ceramide, a prototypical sphingolipid product of sphingomyelinase, is produced in endothelial cells, found in human plasma, and is a risk factor for atherosclerosis. Ceramide is a known inhibitor of telomerase activity in the cancer literature, which makes ceramide and telomerase both active targets of investigation for the treatment of various cancers, however, to date unsuccessful. One of the reasons why ceramide or anti-telomerase activity has not paid off as a viable anti-cancer treatment may be the general toxicity of such drugs that manifests as cardiovascular toxicity. On the other hand, however, targeting ceramide and telomerase or their associated pathways may be a novel therapeutic strategy for the treatment of coronary artery disease as well as cancer if risk versus benefit analysis is carefully evaluated.

As mitochondrial function appears to be critical for physiological vasodilator capacity in the human heart, the HVRG is investigating underlying mitochondrial damage as the causative link between these pathways. Both activation of telomerase or inhibition of ceramide production contributes to the prevention of mtDNA damage. The team has already demonstrated that TERT re-activation and translocation to the mitochondria, as well as decreasing levels of ceramide, can restore the “normal” mechanism of flow-induced endothelium-dependent dilation from H2O2 to NO (thus moving away from a CAD phenotype). Their central tenet is that mtDNA damage is one of the underlying causes that leads to an increase in ROS production. Mitochondrial ROS has been shown to promote the development of arteriolosclerosis and endothelial dysfunction, predisposing individuals to vascular complications. At the same time, NO has a well-known inhibitory effect on the generation of mitochondrial ROS and is known to increase telomerase activity.

The relevance of these findings extends itself beyond the laboratory. Dr Durand, in collaboration with Dr Allison Hyngstrom at Marquette University, were the first investigators to quantify the hyperemic blood flow response to muscle contractions in the legs of stroke survivors. They discovered that reduced blood flow to the paretic leg (impaired function as a result of a stroke) during muscle contraction was strongly correlated with reduced leg strength and poor motor control. Their studies led to the finding that the peripheral microcirculation (leg) is significantly impaired after a stroke and that improvements in microvascular function contribute to the improvement of motor function in this population. Further, the Durand lab is exploring simple non-invasive means to improve microvascular function. Application of a technique called ischemic conditioning (short, intermittent bouts of limb ischemia using a blood pressure cuff) is sufficient to improve paretic leg strength and hyperemic blood flow by approximately 15%. This improvement in strength is also accompanied by an acute improvement in arterial flow-mediated dilation. Currently, Drs. Durand and Freed from the HVRG are jointly conducting a clinical trial which will examine the effects of ischemic conditioning on peripheral vascular function and frailty in pre-surgical, elderly colon cancer patients who traditionally have poor surgical outcomes.

Together these findings underline the growing recognition that dysfunction of the microcirculation contributes to the development of cardiovascular and other chronic diseases in humans. Ongoing research from the HVRG connects known functions of the microvasculature that neatly explains its intimate link to disease development in human subjects. Applying clinically relevant data from human tissues, the HVRG team hopes to provide a detailed mechanistic understanding of disease with the goal to develop novel therapeutics that can translate into the clinic.

In your research, you make elegant use of human vessels. Can you explain some of the advantages of your methods over animal models?

The human coronary microcirculation exhibits several unique characteristics that have been identified through in vitro studies. Interestingly, dilator responses in commonly used model systems such as rodents, dogs, or pigs do not always correlate with findings in human tissue, making studies in human microvessels of critical need. Abnormal microvascular function typically precedes and predicts the development of conduit artery atherosclerosis and its risk factors. This indicates that it may be possible to reverse the negative effects of microvascular defects before vascular disease progresses to the development of large vessel atherosclerosis, plaque formation, and eventual cardiac events. 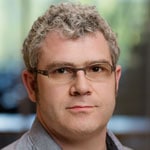 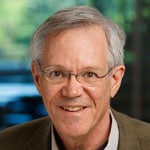 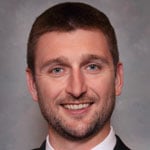 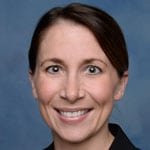 The HVRG studies the complex relationship and physiological effects of vascular stress response in health and disease. The main focus of these labs is to understand how the mechanisms of vasodilation change from nitric oxide (healthy individuals) to mitochondrial-derived hydrogen peroxide (individuals with CAD). Several interconnected signalling pathways including ceramide, extra-nuclear telomerase, PGC1α, LPA, and others have been identified to regulate mitochondrial function in the human microcirculation.