Health & Medicine
Professor Merel Ritskes-Hoitinga from Radboud University, the Netherlands, aims to improve biomedical and medical research, reduce the use of unnecessary animal studies and replace animal studies by using better alternatives. Throughout her career she has researched and highlighted the disadvantages of animal studies, such as the substandard quality of results produced and lack of evidence for translatability to human clinical research. To improve medical science, there has to be a paradigm shift in the way we think about animal research – are animal studies really necessary and are there better alternatives? Current science demonstrates that the use of animal-free alternatives, such as human stem cells derived organoids and computer modelling, lead to more relevant results for humans.

Animal models are non-human species that are used in biological and biomedical research to find out more about human life. From a clinical research standpoint, animal models are used by scientists aiming to discover the underlying causes of various diseases, preventative measures, and possible treatments. Using animal models can be traced back through millennia, when Aristotle stated that studying animal species would enable better understanding of humans. Their use then became widespread during the 18th and 19th centuries due to the expansion of medical science and have become a longstanding practice in research. But how useful is this practice?

The use of animal models to extrapolate information about humans is possible to a certain extent because of the conservation of certain biological processes that occur across all species. Some of the common models that are used include yeast, fruit flies (Drosophila), mice, rats, nematodes, frogs, zebrafish, and chick embryos. These models are chosen because of the considered close phylogenetic relationship to humans, which renders similarities in genetics, behavioural, and biochemical activities. For example, over 95% of genes are homologous (similar due to shared ancestry) between mice and humans. Between species many genes can be homologous, but this does not imply they will automatically respond to drugs in a similar way. For example, disasters have happened based on the presumption that non-human primates would be good predictors of the response of the human immune system.

The following advantages are considered when using animal models. To fully understand a disease, it is important to study the physiological functions and systemic interactions between organs and tissues. While cell cultures can be helpful in identifying molecular and cellular interactions, whole organisms are still considered necessary to elucidate the complex network of hormones, circulating factors, and cells. Progress in genetic engineering techniques in recent years also enabled developing diseased animal models with mutations or abnormal gene function through “knockout” studies, which is not possible to conduct in humans. However, the progress in genetic modification has not helped towards curing Alzheimer’s disease, for example, and the development of new genetically modified models for this purpose is now strongly discouraged.

Disadvantages of animal models
Despite the many advantages that animal models have brought us, such as analysing essential dietary nutrients, its use has become more and more a polarising point of discussion, based on new scientific evidence. In a 2020 conference report published by Prof Ritskes-Hoitinga and her colleagues, she argued for the increased use of animal-free research, such as computer modelling and organoids derived from human stem cells, as alternatives to animal models. As a veterinary medical student three decades ago, Prof Ritskes-Hoitinga aspired to advance the quality of animal research and improve laboratory animal welfare after witnessing the low quality of many published scientific papers. The results in these substandard papers could not be extrapolated to human-based trials, therefore many animal models were used without a clear medical purpose.

…in many cases, animal models fail to replicate complex human behaviour and diseases.

Recently, it was found that the results from only 25% of animals used in research were considered substantial enough to be reported in papers. As a general rule, all results of all animals need to be reported to result in reliable scientific interpretations. Of the 25%, more than half were of poor quality as the experiments themselves were performed inadequately or not properly reported. All in all, it was found that in total, only about 10% of animal research was useful. This also has had a negative knock-on effect for the pharmaceutical industry practice, as these researchers would first wish to repeat already published preclinical animal-based experiments themselves, to verify results before testing on humans. In a study by pharma, two thirds of the repeat studies gave inconsistent results with earlier published results, leading to discontinuation of these projects. Such non-reproducibility of animal research has been estimated to cost US $28 billion annually in the USA alone.

Moreover, “knockout” animal models may be advantageous to simulate the function and effects of a specific mutation on a patient with the same genetic background. However, it does not provide a holistic understanding of patients, as they usually have comorbid diseases and a disease is often not caused by a single gene but the interaction of several different ones, also being influenced by environmental factors. In many experiments, animal populations are standardised to produce homogenous sample sizes and kept in regulated conditions, which do not extrapolate to the diversity of human populations. Therefore, in many cases, animal models fail to replicate complex human behaviour and diseases, producing inconsistent results when applied to humans in clinical trials. Approximately 90% of potential pharmacological interventions from animal models fail to recapitulate the same payoff in human clinical trials. Therefore, of the several thousand diseases that affect humans, only about 500 are estimated to have at least one approved treatment. Thus, the productivity and rate of translation from lab to bedside is in a crisis.

A review of the publication dates of animal and human studies for the same possible treatments indicated that animal and human-based research often concurrently occur rather than consecutively. The law requires animal studies to be conducted prior to clinical trials for safety testing. Therefore, how necessary is animal research really to clinical research if there is a lack of regulations that calls for its widespread use before clinical trials?

How do we improve preclinical research?
Because of the current evidence of lack of translatability of animal testing, Prof Ritskes-Hoitinga is advocating towards reduction of animal use by 80-90%. She is aspiring to use less animals to produce higher quality results, next to investing in animal-free methods, with the aim of improving translation and more human-relevant science.

To overcome the lack of translatability of animal research to human clinical trials, Prof Ritskes-Hoitinga argues for a paradigm shift in the way we design and perform preclinical research. For example, increased transparency throughout the research process is needed, so researchers know how an experiment has been conducted and all the results can be correctly interpreted. Negative and neutral results should also be published and openly accessible to prevent any unnecessary repetitions of experiments. A large-scale open collaborative culture has to exist, such as building open databases, and adoption of a replication culture to ensure that clinical research is continually and critically appraised. Research should also be carefully planned by involving relevant stakeholders, such as patients and patient organisations, leading to relevant medical research questions.

Polarisation surrounding the pros and cons of animal testing for medical science can be solved by analysing the scientific evidence through the undertaking of systematic reviews.

In addition, prior to conducting clinical research on human participants, a prospective systematic review (SR) of animal study results can be conducted. A systematic review scrutinises past experiments involving animal research on a certain topic to elucidate the strength of experimental design, methodology, and results. SRs summarise large volumes of evidence and analyse internal and external validity (accuracy of results in the studied population and accuracy of results in other situations, for example, generalisation and translatability of findings from animal models to humans, respectively), which ultimately determines the safety and efficacy of proceeding with a trial.

Since conducting SRs of animal studies, Radboud University in the Netherlands has decreased the use of animals in research by 35%. Systematic reviews can reduce the use of unnecessary animal studies because they can complement ongoing research to select more optimal animal models or animal-free alternatives. Systematic reviews critically summarise already existing evidence, and can thus provide new evidence-based insights for researchers to decide the next steps forward. This can prevent the unnecessary duplication of animal studies, avoid selecting inappropriate models and the unnecessary execution of clinical trials.

The unfortunate benefit of systematic reviews is that it has made clear that many animal experiments did not incorporate essential procedures that can maximise reliable interpretation of results and translatability, such as the execution of the basic scientific principles of randomisation and blinding. Therefore, the increased use of systematic reviews can potentially foreground this issue and be a catalyst for the improvements of experimental design, quality, and reporting.

The 2020 conference report also encouraged more discussions and awareness amongst researchers to utilise existing guidelines for experimentations. This ensures that the quality of experimental design is upheld.

In conclusion, the use of animal models has to undergo continuous scrutiny to ensure no animals are used unnecessarily. The current structure of research utilises many animals in preclinical research but fails to produce significant results when translating to human clinical trials. Therefore, human-centred models, such as the use of organoids derived from human stem cells, and machine learning should get priority. With continuing advocacy and direct collaboration with multiple stakeholders, such as politicians and patient organisations, Prof Ritskes-Hoitinga aspires to spearhead the innovation of animal-free research in the Netherlands and hopefully improve the standard of biomedical research globally, benefitting both animals and humans.

Why is it important to collaborate with different stakeholders, such as politicians, to advance your issue of animal-free research?

Despite decades of widespread scientific evidence demonstrating the lack of quality of publications on animal studies and the lack of translatability, the scientific world does not seem to be able to create fast improvements. Therefore, it is necessary to involve other stakeholders such as politicians and patient organisations, in order to make sure that the necessary improvements indeed become implemented in scientific practice. The lack of translation of many animal studies to human benefit urges for a different paradigm. Politicians can play a crucial role in creating the necessary change by making much more funding available for animal-free research. Moreover, politics is needed to change the routine of legally required animal studies for drug and vaccine development towards a new paradigm. This will be of great benefit for both animals and humans.

Can animal-free research be the future of medical science? was last modified: May 21st, 2021 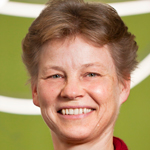