For any organisation to function, its staff must work together – but humans are complex creatures with different personalities. Proactive behaviours can drive innovation and meaningful change, but they can also pose a threat or a source of worry to leaders who display high levels of neuroticism. Antje Schmitt, an assistant professor of organisational psychology at the University of Groningen, the Netherlands, believes the key to understanding how such leaders view proactivity lies in two distinct personality traits in their followers: conscientiousness and agreeableness.

Any organisation needs structure and close cooperation between its people in order to work. But humans are complex beings, with diverse personality traits that must complement each other well enough to keep the organisation running. For an organisation to innovate and improve, it helps if its staff are proactive, so initiative is seen as a positive behaviour. However, unmarshalled proactivity risks discordance; firm, appreciative leadership is needed to identify, encourage, and steer it. But what if a leader is easily worried, less stable, and easily angered? How do they react to followers seeking to take the initiative?

This question underpins a study by Dr Antje Schmitt, an assistant professor of organisational psychology at the University of Groningen, in the Netherlands, and professors Deanne den Hartog and Frank Belschak of the Faculty of Economics and Business at the University of Amsterdam. They hypothesised that the interplay of personality traits in such a scenario would be such that a leader would be less likely to value follower proactivity. At the heart of the matter is a personality trait probably ill-suited to the ideal of leadership: neuroticism.

Threat, worry and the initiative paradox
Neuroticism is a scalable quality rather than an absolute trait: people are neurotic by degrees. Importantly, neuroticism is not necessarily negative; rather it’s considered one of five scalable traits that make up our personality, the others being openness to experience, agreeableness, conscientiousness, and extraversion. Personality theory suggests that someone with heightened neuroticism adopts a largely negative cognitive style and is prone to worry, anger and feelings of threat – their glass is not only always half empty, but there’s a good chance it could break. Importantly, for Schmitt and her colleagues, individuals high in neuroticism are uncomfortable when faced with ambiguous or potentially risky stimuli or situations, such as when a colleague wants to change things.

Conscientiousness reflects the ability of an individual to be dutiful, responsible, and thorough. Someone with a high level of conscientiousness would tend towards precision and organisation – a desirable trait in any employee. Agreeableness reflects an individual’s interpersonal orientation – how friendly, trusting, honest and cooperative they are. Individuals high in agreeableness value positive social relationships and are sensitive to the needs of others, while individuals low in agreeableness are more self-focused and self-interested.

Schmitt and her fellow researchers set out to study whether highly conscientious and agreeable followers pose less of a threat to a leader high in neuroticism than followers low in conscientiousness and agreeableness, whose proactivity might be ill-considered or with their own benefit in mind.

Evaluating leader/follower responses
Their research comprised two separate studies: the first was a self-evaluation survey in two parts – one for leaders within Netherlands-based organisations, the other for followers in the same organisations randomly selected by the respective leader. The second was an online experimental vignette study directed at leaders within UK-based organisations who were asked to respond to a hypothetical proactivity scenario. In both studies, respondents came from diverse private and state organisations.

The first study comprised 205 leader-follower dyads (pairs), where each leader first ranked themselves according to statements that would measure their neuroticism levels – such as ’I have frequent mood swings’. They then answered questions about the follower they had selected to evaluate their proactivity levels and who it would benefit most – the leader, others within the organisation, or themselves.

The survey given to followers evaluated their levels of conscientiousness and agreeableness through statements such as ‘I like order’, and ‘I sympathise with others’ feelings’, and asked the respondents to rate themselves accordingly.

In the experimental vignette study, 305 leaders were asked, as in the first study, to rank themselves according to statements that would measure their neuroticism levels. They were then presented with a typical scenario where a hypothetical follower called ‘Martin’ presented all the characteristics of a proactive worker, suggesting modifications to a customer database system that would benefit the organisation overall but require additional work for his colleagues. Each respondent was then randomly assigned to one of four personality scenarios where Martin was further described according to ‘intersecting’ variables of conscientiousness and agreeableness. The leaders were then asked to evaluate the desirability of Martin’s proactive behaviour.

The initiative paradox addressed
Schmitt and her colleagues have helped fill the gaps in our understanding of the so-called initiative paradox; leaders’ responses to proactive behaviour in followers does not lie entirely with their own personalities. Not all leaders are the embodiment of cool, calm, and collected. Some tend to worry more, are less stable and prone to anger. But while they may not actively embrace and encourage proactive behaviour in their followers, such leaders are not necessarily judgemental towards it. For them, the value and nature of proactive behaviour lies in the complex interplay between their personality and that of the follower, specifically the degree to which they are conscientious and agreeable.

This research is important for organisational psychology and business studies because it draws attention to the complexity of organisational behaviour – that personality traits don’t act in isolation. And it highlights the need to sensitise leaders high in neuroticism to their possible tendency to bias when evaluating the desirability of proactivity in their staff.

How could leaders self-assessed as high in neuroticism avoid negatively evaluating followers who show proactive behaviours?

The findings suggest that leaders self-assessed as high in neuroticism are likely to feel threatened by the proactive behaviour shown by their employees who are low in conscientiousness and agreeableness. Bias training and coaching could help leaders to make them aware of and understand their own potential biases. Gathering multi-source feedback, such that the proactive behaviour of an employee is assessed by multiple people in an organisation, can help leaders to learn about others’ perspectives and to reflect on their evaluations and decisions. When evaluating their employees, leaders should be encouraged to focus on behavioural indicators, and the intentions and consequences of employees’ behaviour, and not base their assessments on employees’ personality characteristics. 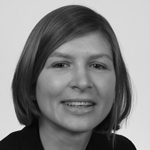 Antje Schmitt is an assistant professor of organisational psychology at the University of Groningen, the Netherlands. Her research focuses on self‐regulation at work, proactive and adaptive work behaviours, work events, and occupational well‐being in employees and entrepreneurs.

Co-authors at the University of Amsterdam, Faculty of Economics and Business: