Arts & Humanities
In his book ‘Re-Inventing Africa’s Development’, Dr Jong-Dae Park, South Korean Ambassador in South Africa, examines the relationships between sub-Saharan Africa aid recipients and its foreign aid donors. Dr Park looks at the inherent limitations of foreign aid and the international development architecture, and the paradox that the region remains poor and underdeveloped, despite massive amounts of aid. He contends that it is the responsibility of donors to undertake aid projects that are actually needed and sustainable, and of the recipients to be willing to take control of their futures, and a reciprocity in partnership between the two.

In the international development community, the issue of foreign aid to Africa has long been a subject of controversy and the blame game. Many point out that despite a massive flow of aid to Africa (especially sub-Saharan Africa) for decades, the continent remains poor or is even worse off than before. In the last sixty years, at least US$1 trillion of aid has been sent to the continent both from foreign governments and NGOs, yet much of the population are in fact poorer and their countries less developed than before.

“Researchers have found out that the per capita gross domestic product (GDP) of Africans living south of the Sahara declined by an average annual rate of 0.59% between 1975 and 2000.” 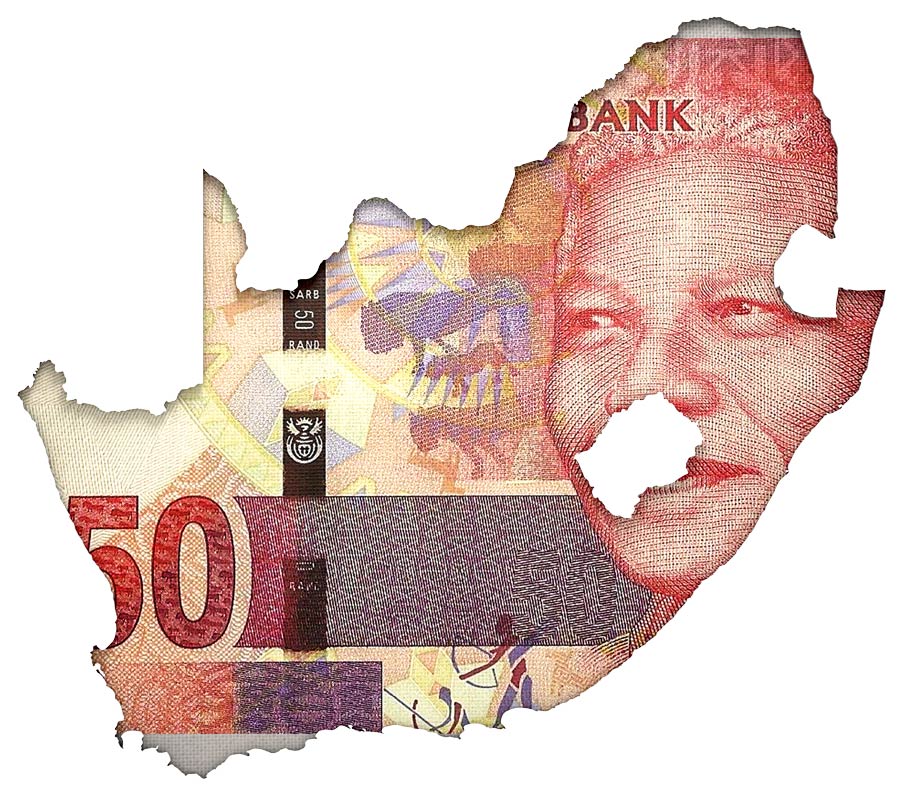 Criticisms of Foreign Aid
Experts are not in agreement however about the effectiveness that foreign aid has had on development. Many critics of foreign aid, including Peter Bauer and Kingsley Chiedu Moghalu, point to foreign aid actually being the cause of underdevelopment on the continent. When aid brings in more money than private capital inflows, a mentality of dependency is created, which erodes civil initiatives and dynamism that stymies development. It leads to corruption and misappropriation of funds and resources by national governments, which weakens a state’s ability to govern and reduces legitimacy with their people. Many African countries have experienced the “curse of natural resources”, where the presence of resources such as gold or diamonds leads to conflict, corruption and inequality, and foreign aid has become just like one of these natural resources.

Bill Easterly, one of the most prolific writers on the subject says that another fundamental problem is the way that money is spent. Foreign experts think they know how to solve economic problems, but neither take into account ways to incentivise businesses and governments, nor look beyond the big picture to understand and listen to the mass of people they’re actually trying help. Others point to the folly of pouring money into governmental and economic systems that oppress their people, such as the way that the South African government did to “Black” people under apartheid. Despite a lot of self-criticism from the donor community itself, to many it still seems that aid money “neither goes where it was intended nor helps those anticipated”.

That’s not to say there aren’t opposing opinions. Strong advocates of foreign aid, such as Jeffrey Sachs, point out that it may be that foreign aid, especially in terms of humanitarian and health goals, has been a success, and indeed an increase of aid is what is needed if it could deliver sustainable growth. Others point out that the statistical evidence against it may not be well understood, and things might be a lot worse if it hadn’t been for foreign aid.

The prevalent view in the intellectual circles, however, has been that aid is ineffective and it primarily serves the interest of those few concerned with the aid business. 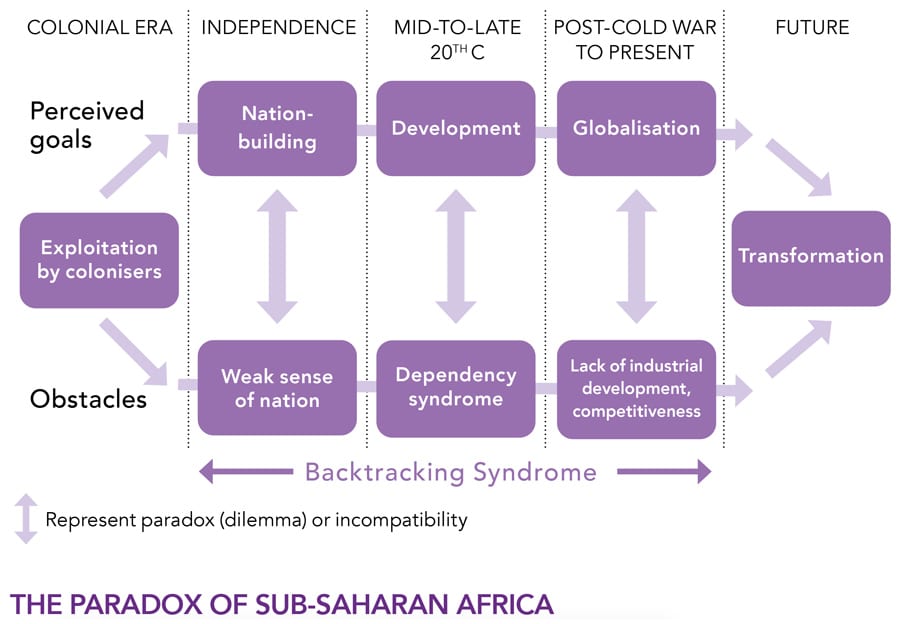 Who Is to Blame?
The criticisms and blame are mostly laid on the architects and implementers of aid, and to corrupt African officials. Aid is often seen in a negative light as a source of problems in itself, with donors perceived as using aid to promote their own nation’s geopolitical or economic interests. The tendency is to place a full responsibility on the shoulders of donors while not emphasising enough the responsibility of recipients. Most of Africa had to deal with a lot of issues after the European colonial era, and there is no doubt it deeply and negatively affected the continent both politically and economically.

But despite these inherent, historical handicaps, Dr Park explains: “sub-Saharan African countries are experiencing problems in spite of aid, not because of it……they might have actually fared worse without aid”. He highlights the increase in conflict and instability during the 90s when aid was curtailed.To properly tackle the issue of aid to Africa, we need to understand the inherent limits of aid and how aid can work, and mindful of the fundamental principles of development which seem to have been vastly misunderstood or ignored. Aid donors have very much worked on a trial-and-error basis, with failed industrial promotions in the 60s replaced by poverty reduction schemes from the 70s onward. There is also the way in which aid is given. Budget support and soft loans given directly to governments are both open to being misappropriated and promote corruption. This corruption is possibly why a recent study from Uganda indicates that while the governmental elites prefer direct budget support, the mass of people prefer the donors to be in control. Meanwhile, projects more tightly controlled by donors are often run by experts who seem to have little idea of what they are doing, and take little heed of the opinions or actual needs of the local populace.

To provoke logical thinking, Dr Jong-Dae Park, South Korean Ambassador in South Africa, often asks elite Africans “Who is to blame? Donors or recipients?” as aid is only as good as the recipients’ ability to use it. In essence, aid is just a means to an end, has good intentions, and it is naïve and irrational to expect that things will get better if aid is rejected, or replaced by investments and business.

What is also missing in the equation of aid for Africa’s development is reciprocity between donors and recipients.

Inherent Limitations of Foreign Aid
Sub-Saharan Africa’s woes are not caused by aid, but by all the negative elements and inherent problems existing in the countries, most notably the human factors like the lack of developmental mind-set. The perception that what only matters is what donors do is simply wrong and detrimental to Africa’s development because the biggest hurdle is the issue of ownership, which is also linked to economic sustainability.

Whereas humanitarian aid or disaster relief have very easy and clear cut relationships between donor and recipient, developmental aid is far more complicated. Cultural differences and misunderstandings can cause great difficulties in completing these kinds of large-scale construction or  infrastructure projects, and when “ownership” of these is passed on to the recipients, they can often become white elephants as the recipients don’t have the managerial skills to sustain them, or a feeling of responsibility for something they did not create. The handover of a project is not “job done” unless ownership and management of it is successfully completed, with the appropriate skilled management in place, and the ability for it to run independently.

One of the most widespread and fundamental misunderstandings is that wealth or development can be achieved by transfers of resources, when it is actually through production or creation of economic values that this is attained in an economic sense. Then there is a dilemma of aid specialists tending to support the status quo which deepens the expertise or specialisation in the field of development which causes the problem of over compartmentalisation, where the left hand doesn’t know what the right is doing. This is exacerbated by the increase in the number of donor organisations over time, many of whom are working in the same regions or fields.

The Issue of Reciprocal Compliance
Dr Jong-Dae Park also points out that what is also missing in the equation of aid for Africa’s development is reciprocity between donors and recipients. At the moment there is an asymmetrical relationship at best, with donor’s incomprehension of the region’s needs and a culture (and some level of national interest) on one hand, and the corruption and demotivation culture of the recipient state on the other. The two sides must reciprocate, understand each other, and work together as two businesses might. If either side fails to do this, to have an equal level of compliance with the other, the aid has failed. He makes the case that this compliance gap, both quantitative and qualitative, between donors and African countries must be narrowed in order to make aid programs more effective and meaningful. However, Dr Jong-Dae Park concludes that the onus must be on the recipients; “There is a saying [in Africa] that where there is bad governance, aid is ineffective, and where there is good governance, aid is unnecessary.” 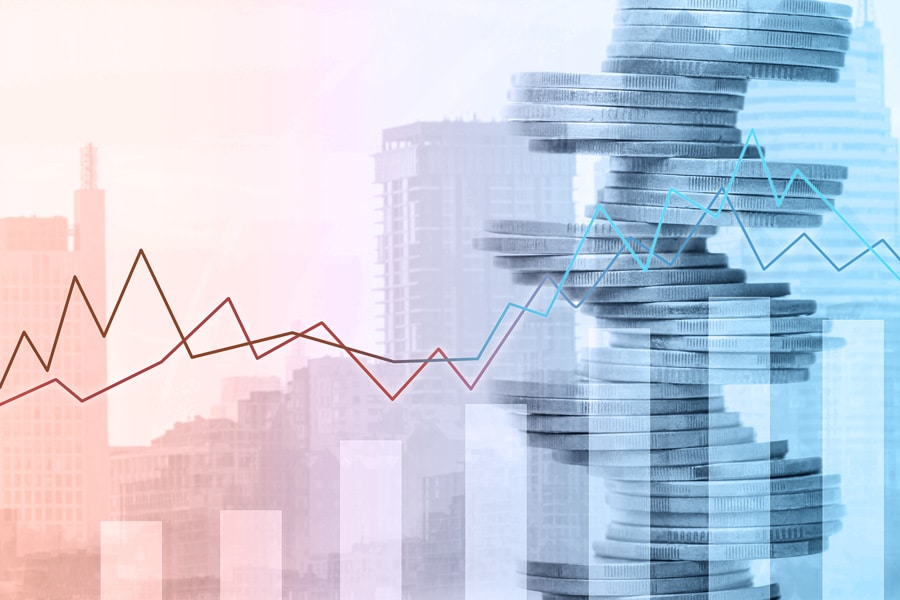 Is there a difference in donors as to whether they are governments or NGOs, or from which region they are from? Is aid from Asia handled any differently, compared to aid from the West?

<> Normally, governments, as donors, work through their counterparts while NGOs engage directly with aid recipients. Many NGOs are funded and utilised by donor governments as NGOs can provide convenience and efficiency for governments. Bilateral donors also partner with UN aid agencies given the latter’s expertise.

OECD has guidelines for its members, while non OECD donors have their own approach. Western countries prioritise ‘basic human needs & rights,’ while China focuses on physical infrastructure projects. However, what is most lacking, I believe, is the third ‘pillar’ of development relative to human capital, namely the ‘mind-set change’ approach. Aids from Asia are not handled particularly differently. 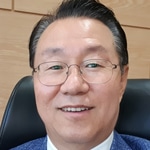 Jong-Dae Park is the South Korean Ambassador in South Africa and a specialist in African Development. Formerly Director of Policy Planning of Foreign Ministry, served in the Presidential Office. He holds a BA from Yonsei University, Korea, an MA from UC Berkeley, USA, and a PhD from Kyungnam University, Korea.

A specialist in African development, Jong-Dae Park is passionate about sharing the experiences of the Republic of South Korea, a country which transformed from being an aid-recipient to a donor country in a dramatic fashion in recent times.