In the wake of the UN’s COP 26 Climate Change Conference, the devastating economic effects of the COVID-19 pandemic, and the global energy crisis, governments of varying political persuasions are hoping for a green-led economic recovery – investment in renewable and clean technologies to both create jobs and address climate change. For a case study they should consider South Korea. A research project funded by an Australian Research Council Discovery Grant looks at why South Korea and other East Asian countries are taking this approach. The study has been conducted by Elizabeth Thurbon, Sung-Young Kim, Hao Tan, and John Mathews.

Australian academics have been studying East Asia’s shift to clean energy technologies and concluded that something fundamentally transformative is happening in the region, particularly in South Korea and China. In a forthcoming book and recent papers, Elizabeth Thurbon from UNSW Sydney, Hao Tan from the University of Newcastle, and Sung-Young Kim and John Mathews from Macquarie University, argue that Korea’s clean energy shift is good news and has valuable lessons for other countries.

Funded by an Australian Research Council Discovery Grant, the study finds that Korea’s promotion of green energy technologies as an economic driver is one of the world’s most ambitious. Korea is also building a new, more sustainable model of capitalism – a circular economy fuelled by renewable energy. 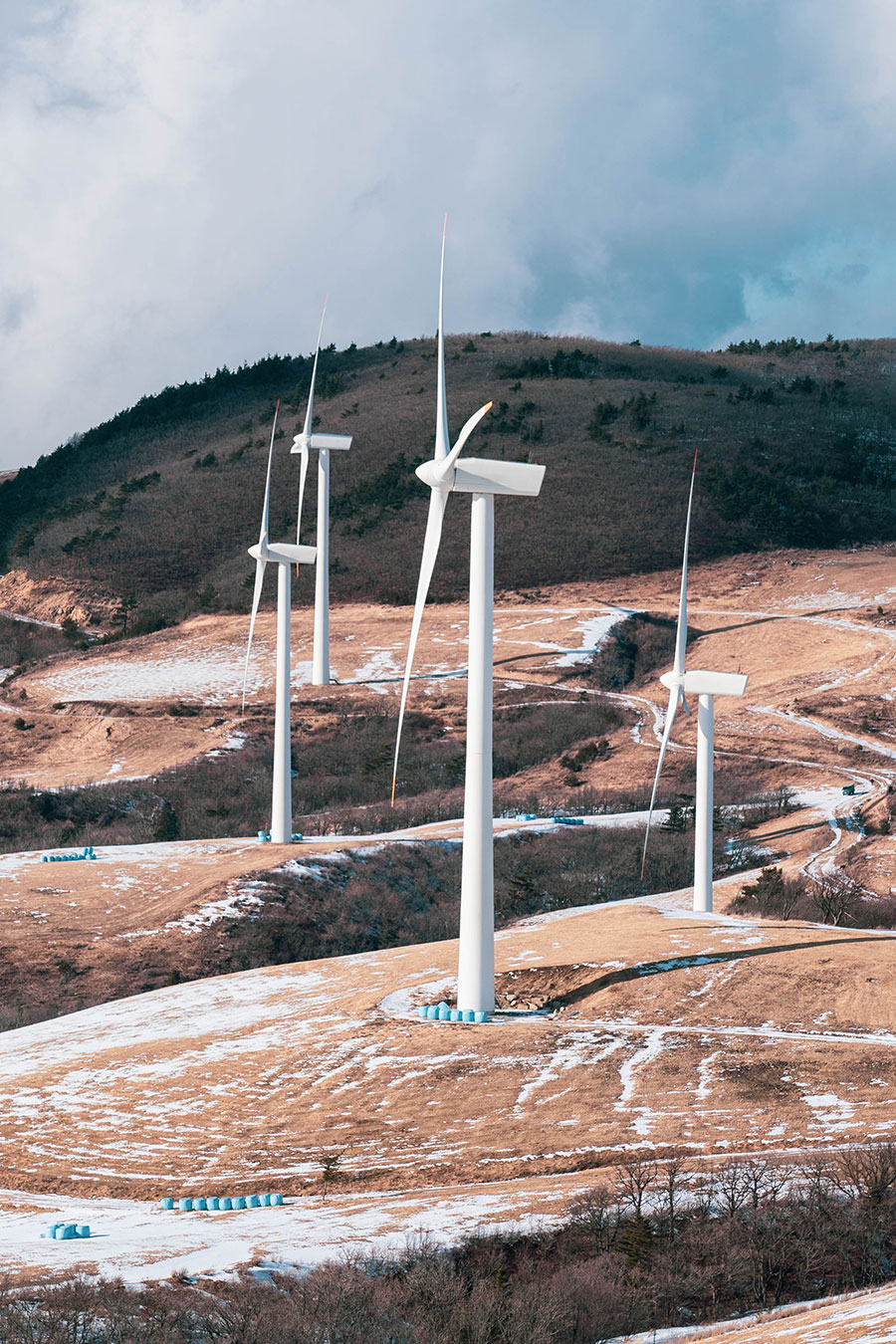 The research
In studying Korea’s green transformation, Thurbon, Kim, Tan, and Mathews wanted to know why Korea has taken this path when it has historically been dependent on fossil fuels for economic growth and export competitiveness. They also wanted to look at why the government has approached the challenge by promoting the rapid development of globally competitive clean energy industries before phasing out fossil fuels.

They found the answer to both questions depends on Korea’s longstanding ‘developmental’ ambition – its strong desire to catch up and keep up with advanced industrialised economies. Korea has long viewed techno-industrial competitiveness as the key to both national security and international status and prestige. By promoting the clean energy shift and building new green energy industries, the government is seeking to solve its energy, economic, and environmental challenges in one hit, strategically harnessing the power of capitalist market dynamics – the power of ‘creative destruction’.

The Austrian economist Joseph Schumpeter, who identified the concept in the 1950s, described creative destruction as ‘the process of industrial mutation that continuously revolutionises the economic structure from within, incessantly destroying the old one, incessantly creating a new one’. In this way, energy transition is no different from the techno-economic shift from steam to electric power in the late 19th century, or the shift from pen and paper to computers in the 20th century.

Korea’s promotion of green energy technologies as an economic driver is one of the world’s most ambitious.

Drivers
Since the mid 2000s Korea has focused on a growth model which advances both developmental and environmental goals. A key element of this strategy has been the government’s support for hydrogen-related technologies and industries. This has included auto manufacturer Hyundai’s work in the production and promotion of the fuel-cell electric vehicle (FCEV) powered by hydrogen.

Government interest in hydrogen technologies stemmed from concerns about energy security and the country’s dependence on fossil-fuel imports, rather than environmental concerns. In the early 2000s, rising oil prices were undermining the competitiveness of Korea’s established fossil-fuelled industries, such as automobiles. Those industries were also facing new competition from a rapidly growing China. To boost economic competitiveness and stay ahead of China, it was therefore more strategic to invest and become change-makers in new frontier technologies than to play catch-up with fossil fuels.

Korea’s hydrogen was originally produced from fossil fuels and far from green. However, the 2008 global financial crisis increased government concerns about the rising price of oil and led to the collapse of its currency. Against the background of the growing politics of climate change, Korea changed direction and identified opportunities that green stimulus packages might produce.

Korea’s resulting ‘Green Car Initiative’ was intended to enable it to become the world’s fourth-largest manufacturer of electric vehicles (EVs) by 2015. The aim was to create a nationally integrated industry, with Hyundai at the helm, as the basis of a new export drive. The target was to produce 1.2 million green cars, three-quarters of which would be for export. The initiative was accompanied by other projects such as ‘Smart Transport’ projects.

Obstacles
Despite some progress, the government fell short of its ambitious 2015 goals. Thurbon, Kim, Tan, and Mathews find that obstacles included disagreement within government about the wisdom of promoting EVs. For example, finance bureaucrats were concerned that increasing EV uptake would reduce petrol consumption, when petrol tax was a major source of revenue.

There were also conflicts with Korea’s business sector about the emphasis of the EV strategy. For example, while the government wanted to promote a broad range of EVs, including battery powered EVs, Hyundai wanted to focus mainly on fuel cell electric vehicles (FCEVs), because this advanced technology would give it an advantage over local and global competitors. Labour unions were also concerned about the potential loss of jobs, as battery powered EVs (BEVs) have fewer parts and require around 30% less labour than traditional combustion engines.

Hyundai became the world’s first company to mass-produce a hydrogen-fuelled FCEV for commercial sale in 2013 – the Tucson ix. With a 249-mile range per charge, the car was a viable alternative to the BEV. However, Hyundai was unable to sell its Tucson xi product at home, due to the government’s underinvestment in refuelling infrastructure. Although the aim had been for EVs to make up 21% of domestic sales by 2015, in reality they achieved just 2%.

The Korean government and market forces are finally pushing in the same direction towards the green shift.

During the same period the government made little progress on the ‘destructive’ front, failing to act on fossil-fuel exit. Fears about increased energy costs, together with lobbying by the powerful Korean Chamber of Commerce and Industry, meant that policymakers failed to introduce an emissions trading scheme. The government also failed to liberalise the domestic power market monopolised by the state-owned Korea Electric Power Corporation (KEPCO), which was a successful exporter of coal and nuclear power plants.

Outcomes
However, from 2015 onwards, Thurbon, Kim, Tan, and Mathews argue that the situation has changed and the Korean government and market forces are finally pushing in the same direction towards the green shift. They attribute this ‘creative–destructive’ alignment to three factors: international pressure and competition; presidential ambition; and the role of local government.

International pressure and competition stem from the growing momentum on climate change, and growing competitive pressure from China. Following the 2016 Paris Accord, Korea committed to reduce its carbon emissions. It then began to liberalise the power market, which allows greater uptake of renewables into the grid, and committed to increase production of energy from renewable sources to 7% by 2020. By demanding tougher emissions standards, the Paris Accord has also paved the way for substantial expansion of the EV market. Together with competition China, which is also investing massively in EV market expansion, international pressure on climate change has refreshed Korea’s ‘creative’ EV ambitions.

In 2016 President Moon Jae-in came to power on a platform of pledging to phase out coal and nuclear energy. The current target is for renewable energy to account for 37% of output by 2030. Plans have included coal-consumption tax increases and an agreement to end new licenses to build coal-fired generators. As a result, coal imports are predicted to fall by 50% by 2040. To mitigate the effects, fossil-fuel companies are involved in the clean-energy shift, for example KEPCO is in charge of green hydrogen technology development and production. The aim is now for 70% of all hydrogen to be sourced from renewables by 2040. President Moon has also provided a staggering US$ 2.34 billion funding package for FCEVs. This puts the country ahead of its two key competitor manufacturers, Japan and the US.

Local government has played its part by becoming allies of the ‘creative–destructive’ alignment. For example, the coal-mining region of Chungnam became the first region in Asia to announce its plans to close coal-fired plants and increase renewable energy, aiming for renewable energy to form almost half the local power mix by 2026. Another factor is the pull of civil society movements and local government’s need to respond to public concerns about the health risks posed by bad air quality.

The state’s early creative emphasis has also helped to drive down the cost of renewables and expand their market potential, eventually making it easier for the government to start phasing out fossil fuels.

The future
Korea’s achievements in the green energy revolution have been significant. However, despite these successes, the politics of renewable energy are complex and fossil-fuel exit will not be easy. Thurbon, Kim, Tan, and Mathews conclude, ‘While the challenges facing Korea in its greening quest remain real and significant, from this point forward policymakers will finally be pushing in the same direction as transformative technological and market forces’.

What have you found most interesting about the public reaction to South Korea’s green shift?

We find it interesting that many people still do not recognise that East Asia is in many ways leading the world when it comes to investment in the clean energy shift. Governments in countries like South Korea and China have been making massive investments in the expansion of clean energy industries for many years. Their original reasons for doing so were mainly to improve energy and economic security. Environmental concerns have also played an important role – but those concerns have been less about climate change than the terrible effects of particulate pollution from fossil fuel industries. 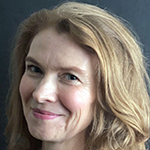 Dr Elizabeth Thurbon is Deputy Head of School (Research), Scientia Associate Professor of International Relations / International Political Economy at the School of Social Sciences, UNSW Sydney, and a Fellow of The Asia Society. 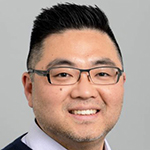 Dr Sung-Young Kim is Senior Lecturer in the Discipline of Politics & International Relations, Macquarie School of Social Sciences at Macquarie University. His research and teaching is on international political economy, international relations and East Asian politics. 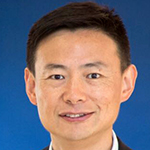 Dr Hao Tan is Associate Professor with Newcastle Business School, University of Newcastle, Australia. Prior to that, Dr Tan worked in industries in China for a number of years. His research interests focus on the energy and resource transitions in China and their global implications from a management research perspective. He has published extensively on these topics in Nature, Foreign Affairs, and many leading management journals. 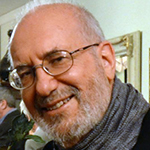 Dr John Mathews, Emeritus Professor of Department of Management at Macquarie University Sydney, received his PhD from the University of London (Imperial College). He is recognised nationally and internationally as a leading scholar of East Asian technological and industrial dynamics for over two decades.

This project aims to reveal the drivers of the transition to a low-carbon economy, and the key enablers and obstacles to this transition.