Earth & Environment
New geophysical research has provided evidence to support a 40-year-old theory about the effects of the split in the Earth’s tectonic plates which separated South America and Antarctica. In studies carried out by Manuel Catalán for the Spanish Royal Naval Observatory and Yasmina M. Martos, for NASA Goddard Space Flight Center (GSFC) and the University of Maryland (UMD) in the USA, technological advances have provided data which help to better understand convection flows in the Earth’s mantle through its outermost expression ‘asthenospheric currents’, which are a possible driving mechanism for plate tectonic processes helping to understand why continents drift.

The 800-km wide body of water known as Drake Passage lies between the tip of South America and the Antarctica. Connecting the Atlantic, Pacific and Southern Ocean, this remote region is where powerful currents collide, giving the Drake Passage its reputation as one of the roughest sea passages in the world.

Until the opening of the Panama Canal, the Drake Passage was an important but testing trade route, which, as the name suggests, was first discovered by 16th century sailors. Half a millennium later, it is the site of new discoveries by geophysicists who are using advanced technologies and plate tectonics’ theory to study the evolution of the Earth.

Drake Passage was formed when an opening developed along the junction of the South American and Antarctic tectonic plates. This allowed the oceans to flow in and separated South America from Antarctica. The opening is believed to have taken place at a critical moment in history, around 40 million years ago, when the greenhouse warmth of the Eocene Epoch gave way to the icy conditions of the Oligocene.

The Alvarez hypothesis
The American geologist Walter Alvarez is best known for his theory that an asteroid impact was responsible for the mass extinction of dinosaurs. Prompted by another interest in finding geological evidence for why the Earth’s tectonic plates move, Alvarez’s research and the ideas he developed about convection within the Earth’s mantle still intrigue scientists today.

Alvarez proposed that if upper mantle return flow existed, the flow would be conditioned by continental masses, depending on whether they separate or join. His ideas assumed the existence of ‘asthenospheric currents’ or upper mantle outflow from the Pacific to the Atlantic through three oceanic gateways, including Drake Passage and the neighbouring Scotia Sea.

Asthenospheric flow
Alvarez’s hypothesis is the starting point of research currently being carried out by geophysicists Manuel Catalán of the Spanish Royal Naval Observatory, and Yasmina M. Martos of NASA GSFC and the University of Maryland, USA. Using advanced technologies and plate tectonic theory, they are interested in what Drake Passage, or rather the Earth below its seabed, can tell us about asthenospheric flow and its effects on the surface and above.

Earth’s surface is mainly covered
by oceans and knowledge of their evolution is essential for understanding global changes.

Lying immediately below the Earth’s solid outer shell or ‘lithosphere’, the ‘asthenosphere’ extends approximately from 100 to 300 km below its surface. The asthenosphere is the layer most involved in the movement of the tectonic plates, which ‘glide’ above it, thanks to the convective currents that rise through it from the deep mantle.

Asthenospheric currents suppose an injection of heat that affects geophysical features sensitive to temperature. Crustal’s magnetic properties provide a view of the Earth’s crust and provide information regarding plate tectonic history. Additionally, magnetic anomalies provide information about the thermal structure of the Earth’s lithosphere: where the temperature is high, magnetic anomaly amplitudes weaken.

Barriers in the Scotia Sea
Martos and Catalán’s early research published in 2014 (Martos et al., 2014) looked at barriers to outflow between the Pacific and Atlantic. It also set out to determine the main features of the lithosphere below the Scotia Sea to the east of Drake Passage, based on the compilation and analysis of global satellite and gravity data.

In particular, for the first time they identified significant variation in the depth of the lithosphere below the Scotia Sea, with the western area having a thinner lithosphere. They interpreted this as a consequence of asthenospheric current flows and argued that the thinned lithosphere of the newly born Scotia Sea facilitated mantle flows between the Pacific and Atlantic, supporting Alvarez’s hypothesis.

Geothermal structure
In 2019, Catalán and Martos published research (Martos et al., 2019), which studied the geothermal structure of the lithosphere of the Scotia Sea and the relationships of the Pacific and Atlantic upper mantle. Using magnetic anomalies to build a thermal model to create a geothermal heat flux map of the ocean floor, they also used multichannel seismic and satellite depth measurement or ‘bathymetry’ data to determine thermal subsidence.

Their study detected the presence of two high geothermal heat flow branches, one to the south of South America and the other to the north of the Antarctic Peninsula. As proposed in Alvarez’s hypothesis, the results further corroborated the existence of a mantle outflow that poured into the Atlantic from the Pacific.

The data also showed that the seafloor under the West Scotia Sea reaches thermal equilibrium more quickly than other oceans do and behaves like old oceanic crust does in larger oceans. Catalán and Martos attributed the anomalous thermal evolution detected to both high geothermal heat flow branches, which acted as an out-of-the-ordinary heat source causing this anomalous thermal state and evolution.

Atlantic asthenospheric flow
In 2019, Catalán and Martos also published research (Catalán et al., 2019) into asthenospheric currents further north in the Earth’s mantle below the Atlantic Ocean, between the Gulf of Cadiz and Canary Archipelago. This area links an active volcanic environment – the Canary Archipelago – and an area where two tectonic plates meet- the Eurasia and Africa plates.

The thinned lithosphere of the newly born Scotia Sea facilitated mantle flows between the Pacific and Atlantic.

Here Catalán and Martos’s objectives were to analyse and integrate different geophysical techniques and data, including geothermal heat flow, total tectonic subsidence and seismicity, in order to understand the effects of the still debated hotspot track that was responsible for the creation of the Canary Archipelago. In this way they hoped to establish a plausible geodynamic connection between the two locations: Canary Islands and the Gulf of Cadiz.

Their research detected a branch of mantle material that migrates from the Canary Islands towards the northeast, reaching the Gulf of Cadiz more than 1000 km away. They also found a correlation between the maximum depth at which earthquakes occur in the area and the thermal structure of the lithosphere.

This study found evidence of lithospheric thinning between the Canary Islands and the Gulf of Cadiz and in turn, the presence of an asthenospheric channel which connects both scenarios feeding and altering locally the Eurasia-Africa Plate boundary. It suggests that the present plate boundary is affected thermally and in turn mechanically, due to the influence of the underlying asthenospheric flow.

Powell Basin
Most recently Catalán and Martos’s published research (Catalán et al., 2020) has taken them back to the Scotia Sea and surrounding areas to study the unusual magnetic anomalies in the Powell Basin, to the east of the Antarctic Peninsula. The creation of this small ocean basin was a by-product of the earlier opening of Drake Passage and continental fragmentation of the northeastern extremity of the Antarctic Peninsula.

Using magnetic, gravity, multichannel seismic profiles and bathymetry data, they found that the oceanic seafloor extension appears to be smaller than previously thought. In addition, they detected an area where magnetic anomaly amplitudes are almost a half smaller than in other areas of the basin. They attribute this weakened magnetic response to raised temperature in the lithosphere caused by a branch of the Pacific mantle outflow that penetrates into the Powell Basin.

As a result, Catalán and Martos proposed that asthenospheric flow from the Scotia Sea had a major impact in the evolution of the crustal magnetic properties of the Powell Basin.

Conclusion
As Catalán and Martos note, “Earth’s surface is mainly covered by oceans and knowledge of their evolution is essential for understanding global changes.”

Their extensive work in the area of the Drake Passage and the Scotia Sea has helped to support Alvarez’s hypothesis about the existence of mantle outflow and establish the area as one of the most important asthenospheric gateways on Earth.

Their research suggests further that asthenospheric flow affects not only the dynamics which controls plate tectonics, but also crustal magnetic properties such as those seen in the Powell Basin. In addition, asthenospheric flows affect the seismicity of a region such is the case in the Gulf of Cadiz, an area where two tectonic plates meet.

The opening of the Drake Passage, so related with your research, seems to have occurred at a time of significant climate change and it led to the establishment of the Antarctic Circumpolar Current. Its connection with the current climate from a scientific point of view is utterly clear. Is there a simple take-away from your research that may help our understanding of the world’s current climate crisis?

<> We must think that our planet behaves as a stable thermodynamic system where the Equator and Poles act as hot and cold sources respectively, and the great oceanographic currents as a belt for the transport of energy among them.

The current problem you are asking us about is measured on a much shorter timescale, of hundreds of years and it is related to other factors. In this sense, the reasons and effects of the current and short time changes are not part of the framework of our studies.

Your research is for the most part located in one of the world’s most remote and extreme geographical areas. What do you find most challenging when working in such conditions?

<> Probably the greatest challenge in these expeditions is not related to getting the scientific instrumentation to work properly, or to get good quality data. All of this is taken for granted as the scientific team is made up of professionals. The greatest challenge when the work is carried out under extreme weather conditions, and in a reduced space, either in a ship or in a small station, is to keep a good atmosphere and harmony among the team members. Frictions and tensions are not only undesirable, but they can also affect the scientific performance of the expedition itself.

Asthenospheric flow and plate tectonics in the Antarctic was last modified: February 9th, 2021 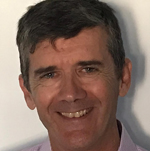 Manuel Catalán holds a PhD in Physics (Cádiz, 1999). Since 1995 he has worked at Royal Observatory of the Spanish Navy where he is currently the Head of the Geophysics Department. He has been involved in potential field studies for more than twenty years, and co-Chaired the World Digital Magnetic Anomaly Map project.

Yasmina M. Martos is an Earth and planetary scientist. She is a physicist who holds a PhD in Earth Sciences (Granada, 2014). She joined NASA GSFC and UMD in 2017. She studies magnetic fields in Earth’s lithosphere to understand its architecture and its thermal state. She also studies physical processes in Jupiter’s magnetosphere.

The geophysical research of Manuel Catalán and Yasmina M. Martos explores the convection flows of the Earth’s upper mantle and provides insights into plate tectonics movement.

This research has been funded through the project RTI 2018-099615-B-100 entitled “Lithospheric structure and geodynamics of the Powell-Drake-Bransfield Rift” within the National I+D+i Society Challenges Program of the Spanish Ministry of Science.