Professor David Yeung from Shue Yan University, China, and Professor Leon Petrosyan from St Petersburg State University, Russia, are using game theory to understand responses to climate change. They have identified two critical features of real-life problems that involve strategic interactions – durable strategies and participants’ asynchronous horizons – and have developed a new class of dynamic games to solve them. The researchers demonstrate their model’s application to a global issue – the cross-generational environmental degradation problem – and present a cooperative environmental solution with a compensatory scheme.

Rapid advances in communication and information technology have led to real-life strategic interactions becoming intertemporal and dynamic. During the past five decades, dynamic game applications have developed to model the intertemporal nature of economic, social and political interactive behaviours. They are capable of modelling both competitive and cooperative interactions among the participants. However, in many real-life interactions, the participants’ time horizon are different due to different entry and exit times, varied life spans, and overlapping generations. In addition, durable strategies that have lasting effects over extended periods of time – such as revenue-generating investments, advertising and promotion, toxic waste disposal and deforestation – are frequently observed.

Professor David Yeung from Shue Yan University, China, and Professor Leon Petrosyan from St Petersburg State University, Russia, have incorporated these two critical features of real-life problems – durable strategies and the participants’ asynchronous horizons – in developing new optimisation techniques to solve them. This has resulted in the creation of a general class of dynamic games with durable strategies and asynchronous participants’ horizons.

The environmental degradation problem
Yeung and Petrosyan describe a global issue involving asynchronous horizons and durable strategies – the cross-generational environmental degradation problem. The intergenerational self-seeking maximisation behaviour that underpins the exploitation of environmental commons and the development of alternative green technologies gives rise to significant dynamic externalities, where the actions of the current decision-makers affect the welfare of future generations. This can be through changes in state variables such as the concentration of greenhouse gases in the atmosphere, the availability of clean water and biodiversity, and ultimately impact on the welfare of future generations.

Environmental commons
The concept of environmental commons is more complex than that of a tradable property. Natural ecosystems are made up of physical and biological factors. They comprise abiotic resources such as air, water, soil, rocks, and energy, and interacting life forms such as plants, animals, and micro-organisms that amass into populations that form ecological communities. Ecosystems are long lasting and span generations. Their positive natural elements can provide enormous benefits to humans. Eco-degradation resulting from emissions of pollutants and toxins can be harmful and even fatal to humans. Such anthropogenic activities that degrade the environment may cause durable effects that will seriously affect future generations. The researchers discuss how eco-degrading activities can have durable negative impacts over a period of time, and this complicates the dynamic externalities of the environmental commons.

The exploitation of environmental commons and the development of alternative green technologies gives rise to significant dynamic externalities across generations.

Researchers have demonstrated that even if carbon dioxide emissions suddenly ceased, the carbon dioxide already present in the Earth’s atmosphere could continue to warm the planet for centuries to come. Environmental degradation could therefore continue to worsen, even if all eco-degrading production stopped.

Climate scientists have found that CO2 stays in the atmosphere for thousands of years, so the welfare of late entrants to the game, namely future generations, is affected by the durable negative impacts of the eco-degrading outputs generated by the earlier entrants.

Non-cooperative equilibrium
In game theory, a non-cooperative game involves competition between individual players who compete independently. Equilibrium is a concept that determines the optimal solution in a non-cooperative game where players lack any incentive to change from their initial strategy. Durable strategies that have been executed by players who have left the game will continue to affect the state dynamics as well as the payoffs, or welfare, of those players entering the game after their exit. Consequently, in a non-cooperative equilibrium, environmental degradation will continue to worsen over time, resulting in what the researchers refer to as a dynamic tragedy of the cross-generational environmental commons. This outcome appears to be unavoidable unless effective global cooperative efforts are made available.

Cooperative solution
A cooperative game has groups of players, known as coalitions, as the primary decision-making units. It can be viewed as a competition between coalitions of players, rather than individuals. A fundamental assumption in cooperative game theory is that a group will form made up of all of the players, known as a grand coalition. The challenge then is to find a fair way to allocate the payoff among the players.

A cooperative solution enables the players to exploit the potential gains from cooperation. The players agree to act cooperatively and to distribute the payoffs according to an agreed-upon gain-sharing optimality principle.

Price of Anarchy
In the absence of an agreement, decision problems that entail strategic interactions tend to be handled by self-interest maximisation. Yeung and Petrosyan explain that efficiency, in terms of the sum of the participants’ payoffs under cooperation, is typically lost from self-seeking activities, particularly when asynchronous participants’ horizons and durable strategies are involved. Price of Anarchy is a measure of the efficiency that is lost due to the participants’ self-seeking optimisation. It reveals the shortcomings in an outcome in a competitive situation when the participants act selfishly in their own interests compared with the Pareto social optimum under cooperation.

Without effective global cooperative efforts, a dynamic tragedy of the cross-generational environmental commons appears to be unavoidable.

The current unbridled problems
Due to the large number of potential players over generations and durable eco-degradation actions, the negative dynamic externalities in using the environment becomes very severe. In particular, self-seeking optimisation by individual players will cause serious damages to the ecosystems as well as establishing a continual trend of accelerating rate of eco-degradation which effects will be borne by future generations.

Without effective global cooperative efforts, a dynamic tragedy of the cross-generational environmental commons appears to be unavoidable.

A theoretical compensatory scheme
The researchers have developed a theoretical compensatory solution that alleviates the problem of individual players over-exploiting the cross-generational environmental commons due to their self-interests. This scheme provides an acceptable distribution of the cooperative gains that is satisfactory for all participants throughout the entire cooperative duration.

Achieving efficient environmental resource allocations with global dynamic externalities requires the cooperation of many nations over a long time-horizon and involves several generations of stakeholders. This requires complex intertemporal strategic interactions involving past, present and future decision-makers. Yeung and Petrosyan offer a solution that generates an efficient outcome analogous to that produced in a game where long-lived players under cooperation provide gains for all participants. Accomplishing this requires a sovereign intergenerational global cooperative organisation that is established on the bases of common good and trust: a goal well worth pursuing by policymakers.

Broader impact
In addition to academic researchers, government and industry, this research will be of particular interest to policymakers involved in international climate control, as well as those members of the general public with concerns regarding environmental degradation. It is also expected to shed some light on current global climate policies, such as the Paris Agreement and UN Framework Convention on Climate Change.

What inspired you to apply the asynchronous horizons durable strategies environmental dynamic games to the cross-generational environmental degradation problem?

One of the most noted global issues affecting mankind is the accelerating environmental degradation. In reality, the exploitation of the environmental commons is a classic case of participants with asynchronous decision horizons and industrial strategies causing long-term harmful effects. Serious negative externalities indeed exist in intergenerational self-maximisation behaviour in exploiting the environment under common access. What makes the cross-generational externalities more complicated is that eco-degrading activities can have durable negative impacts beyond the participants’ decision horizon. The non-cooperative game equilibria and proposed cooperative solution would shed light on the decisions made in the policy forum. 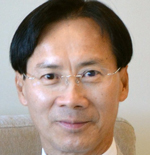 David Yeung is Distinguished Research Professor and Director of SRS Consortium for Advanced Study at Shue Yan University. He obtained his PhD from York University and Dr.h.c. from St Petersburg State University for outstanding contributions in differential games. His main research areas are dynamic game theory, optimisation and control theory. 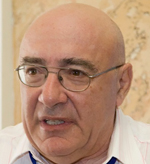