Health & Medicine
Professor Mila Vulchanova at the Norwegian University of Science & Technology, in collaboration with Sara Ramos-Cabo and Valentin Vulchanov, has been investigating the deficits in language and communication of individuals with Autism spectrum disorder. The group have made important insights into the specific features of communication deficits in autism which might assist with future diagnoses and subsequent treatment of individuals with the disorder.

Autism spectrum disorder (ASD) can be diagnosed at any stage in a person’s life. However, the associated symptoms most often occur within the first two years. Due to this, ASD is termed a developmental disorder as it occurs when a child is still in the process of development. Prevalence of ASD is common across all ethnic and racial groups, and symptoms are said to appear along a spectrum of severity. Common symptoms of ASD include difficulties in communicating and interacting socially. This may mean giving little or no eye contact, not responding to names, finding it hard to hold a conversation or maintain attention, having unusual facial expressions and tone of voice, and finding it hard to understand another person’s point of view.

It is unclear exactly what causes ASD. There is evidence that suggests a genetic component, however, as risk of developing ASD increases with incidence in family members. It can certainly be extremely challenging to both understand and research the disorder, particularly because individuals with ASD often find it harder than usual to communicate with the outside world.

ASD may also lead to strict or repetitive behaviours. Individuals can have intense interests or be overly focused on a particular object; they can find it difficult when there are changes to a routine or find sensory experiences either under- or overwhelming. Many people with ASD have amazing abilities in a variety of subjects such as art, maths or science, and can have phenomenal memories and capacity for learning. This demonstrates the huge range of cognitive abilities present in the diverse profiles of those with ASD.

The study uncovered deficits in the spatial language use
of those with HF-ASD compared with typically
developing individuals.

There is a range of speech abilities associated with ASD. For example, a 2012 case of a 10-year-old Bulgarian girl with extraordinary proficiency in learning new languages demonstrates that exceptional language ability can go hand in hand with ASD. It was ascertained through her case study that ASD contributed to several different strengths and weaknesses in cognitive and learning ability, which combined in her case to produce a talent in language acquisition. The existence of such strengths and weaknesses in cognitive and learning abilities in ASD has caused a shift in investigating the causes to include all symptoms.

ASD and spatial relationships
Understanding spatial relationships is essential for navigating the world around us. For example, babies begin to learn the meaning of the terms ‘below’, ‘behind’, ‘in’ and ‘under’, and begin using these spatial terms in speech around the age of two. Some spatial terms are used earlier than others and this is remarkably similar across a variety of different languages. Spatial representations focused on oneself, another individual or an object are understood via an axial reference system. This system uses the vertical, horizontal and front/back axes to represent where things are in relation to each other in space.

How does ASD affect the use of this axial reference system for understanding spatial relationships? In order to investigate this, Prof Mila Vulchanova and her collaborators conducted a study with 23 individuals with high-functioning ASD (HF-ASD). HF-ASD can be defined as individuals with ASD without intellectual disability and with adequate language skills and functioning. These individuals were matched and compared with 23 typically developing individuals in Norway.

The study
Through a series of tasks, it was established that HF-ASD individuals have an intact axial reference system in both non-language and language tasks. However, the study did uncover some deviations in the spatial language use of those with HF-ASD compared with typically developing individuals. This weakness was later confirmed by Prof Vulchanova and her team in an additional study, which tested the spatial language abilities of 25 HF-ASD individuals using a selection of spatial language tests. These measured the ability to perform spatial naming, spatial verbal memory, and the comprehension of spatial terms from different spatial perspectives. The latter test included a rotating board with two rings. A red ball was mounted on the outer ring, while the inner ring contained the reference object. The individuals were then tasked to identify the ball’s position in reference to the object.

The results suggested selective difficulties of the participants with autism in spatial language production and spatial description recall. This research is extremely important as deficits in spatial language can make education for ASD individuals challenging, not to mention the problems individuals might encounter in everyday life when orienting themselves and navigating in their daily environment.

ASD and pointing
Prof Vulchanova has also investigated one of the most affected forms of communication in individuals with ASD: the use of pointing. Pointing is an important way of singling out an object to both the pointer, and the person they are communicating with. The development of the ability of infants to point is often deemed the first stage of true symbolic understanding. Interestingly, ASD individuals find it hard to initiate pointing, but still understand the notion of pointing when it is performed by someone else.

To address this, Prof Vulchanova conducted an exhaustive study of pointing gestures in children with ASD. The group used a more thorough classification of hand pointing which differentiated the hand shape via index finger pointing and contact with the referent, and also included three groups of individuals: an ASD group, a typically developing group, and a group of children at high risk (HR) for receiving an autism diagnosis. It was important to distinguish proximal pointing versus distal pointing, as the latter reflects a sophisticated form of pointing which can apply both to close and distant objects. It is also important to distinguish proper pointing from merely touching the object or playing with it.

Results
Prof Vulchanova’s results showed that ASD children had significantly fewer pointing gestures compared to the other groups. The ASD children also had fewer index finger pointing and no contact pointing. However, there were no differences between groups when looking at other measures including object manipulation or caregiver’s gesture production.

These results are extremely important as they highlight that index finger pointing without contact with the referent is the most complex form of non-verbal communication, and is as such similar to language. They also help to provide a framework for observing young children and using behaviours, such as absence of finger pointing as warning signs. These early signs could be used for referral to professional assessment and as a way of introducing early intervention for the children. This is particularly important, as many children go undiagnosed until they are adults, putting them at a potential disadvantage during their education. With an early diagnosis, children can receive specialised education during school to help support their learning.

What aspect of ASD do you plan to research next?

<> Words are at the heart of the language system. They form the basic level of language processing and constitute a milestone in early language development. The very process of language development starts by the infant becoming apt at isolating potential word candidates in the speech stream, and gradually associating these sound segments with meaning. Usually, concrete words are learned faster than abstract words. Children with autism are successful at learning the sound shape of words; however, they may have difficulties with learning their meanings. Exactly what causes such problems is still largely an open question. In a series of studies, we will compare children with autism to children with language impairment and establish their word learning profiles, also in regard to concrete and abstract labels. We also plan to establish how digital technology (e.g., social robots) impacts on word learning in these groups of children, pointing to possible interventions. 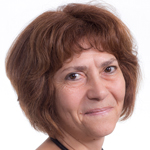 Mila Vulchanova is Professor at the Department of Language & Literature, and the Director of the Language Acquisition and Language Processing Lab, Norwegian University of Science & Technology, Trondheim. She is also the Scientific Director of the Norwegian National Graduate School of Linguistics.

This project has received funding from the European Union’s Horizon 2020 research and innovation programme under the Marie Sklodowska-Curie Actions grant agreement No 676063.