Certain types of subsoil make it particularly difficult for farmers to grow high-yielding crops. Peter Sale and his team at La Trobe University, Melbourne, have developed a new practice known as ‘subsoil manuring’ that could be able to change this. Sale is an agronomist who is interested in plant-soil interactions. He has spent the last 30 years in research and teaching at La Trobe University. His special research interest over the last 20 years has been on improving subsoils for crop growth.

Where are the new productivity-enhancing farming practices that will enable the world to produce enough food to feed 9 billion people by 2050? With the global population growing rapidly every year and with millions already having limited access to enough food, it’s a highly pertinent question.

Studies have shown that the global demand for cereal grains will need to increase by almost a half, from the 2.07 billion tons produced in 2005/2007 to over 3 billion tons in 2050. We don’t have unlimited space on which to grow crops, so we need to find ways to improve the yields on existing farmland. With rising global temperatures and more variable rainfall, this will not be a simple task.

Improving farming practices through research can not only improve the yields that farmers are currently getting from their crops, but it can also turn land that was previously difficult to farm into a more viable option. One new farming practice with the potential to improve crop yields is called ‘subsoil manuring’. This practice has been developed to ameliorate (improve) dense clay subsoil.

What are the challenges with dense clay subsoil?
Dense clay subsoil is problematic for rain-fed crops. The clay particles are densely packed together, which restricts the rate at which rain can enter the clay. Much of the water that does enter the clay is tightly held and unavailable to plants. The dense clay also restricts root growth. This means the subsoil can’t effectively capture and store a lot of rainfall for use by crops.

This is a critical issue as the yields of healthy, well-managed rain-fed crops directly depend on rainfall and the amount of rain they can take in through their roots and transpire through their leaves.

In order to increase crop yields in soils with dense clay subsoil, the researchers found a way to overcome the physical challenges posed by the subsoil and truly ameliorate its structure.

Dense clay subsoil also limits the amount of air that can diffuse to the respiring roots within the clay when it is moist; this means that crop roots struggle for air in these wet subsoils. In addition, the clay drains poorly. Whenever there is a surplus of rainfall during the growing period, the resulting pools of water can lead to waterlogging damage for the crops. Chemical constraints can also exacerbate the problems with these subsoils, particularly if they are highly alkaline and dispersive, or worse still if they are saline.

Soil tends to be more alkaline in arid areas. Highly alkaline soils have a pH level of above 9; they contain a great deal of sodium, and this makes the clay highly dispersive. In addition, there can be toxic concentrations of bicarbonate and carbonate anions and reduced nutrient availability. Because of this, stunted growth and nutrient deficiency are common. Soils that contain a harmful amount of salt are called saline soils.

Nevertheless, the primary challenge with dense clay subsoil is to find a way to make it easier for rain to enter the clay and become available to crop roots, and for roots to grow through the clay to take up the extra water in the clay.

Amelioration attempts
Earlier attempts at ameliorating dense clay subsoils relied on physical and/or chemical intervention. However, efforts such as these were unable to fully overcome the physical constraints of the soil and they were generally not sustainable. Farmers who worked on these soils tended to simply accept that they needed to learn to live with the constraints. Improving the structure of the subsoil wasn’t seen as a viable solution.

For soils such as these, increasing the water supply in the subsoil wouldn’t be enough to help. The structure of the subsoil itself needs to be improved. One solution is subsoil manuring, developed in south east Australia by Peter Sale and other researchers at La Trobe University in Melbourne, with support from the Australian Research Council, Rentiers Machinery Pty Ltd, and the Grains R&D Corporation. The researchers found a way to overcome the physical challenges posed by the subsoil: by improving its structure, the team enabled crop yields to increase.

How does subsoil manuring work?
The researchers carried out their work in a region of southern Australia known for its large areas of Sodosol and Chromosol soils (orders of soil that are classified as having poorly structured dense clay subsoils). A key objective in improving structure in a dense clay soil is to get the clay to form into larger particles (aggregates) to increase pore space in the clay. Essentially, this means creating more space around the roots so they can grow more easily and have better access to water and air. This transforms the subsoil, helping it to become functional and fertile.

Research has shown that applying organic amendments to degraded soil is an essential part of the rehabilitation process. The most effective of these appear to be composts and animal manures, but straw and sewage sludge can also be used. Soil around amendment particles become the centres of intense microbial activity, and this leads to the process of forming and stabilising soil aggregates.

Using this knowledge, the approach taken by the La Trobe team was to deep-band high rates (up to 16-18 tonnes of dry weight per hectare) of nutrient-rich organic amendments (such as poultry litter) into the upper layers of non-alkaline, non-saline clay subsoil. This boosted the growth of crop roots in and around the amendment band. The practice has now been termed ‘subsoil manuring’ and it brings a number of important benefits.

The benefits of subsoil manuring
A surprising and interesting result that came out of the research was that fine clay particles did form into larger aggregates, creating spaces between the aggregates, and this formed a porous structure in the subsoil. The benefits of this porous structure were that rain could more easily enter the clay, with more of the water being available to plants, and that roots could now proliferate through the clay and take up the extra water.

On top of that, any surplus water could drain freely from the subsoil, so that waterlogging was no longer a problem during times of high rainfall. It is interesting to note that farmers who have adopted subsoil manuring are finding that waterlogging is less of a problem in wet winters – and they are no longer bogging their spray rigs in wet times.

The other key benefit was that under favourable seasonal conditions, crop yields on subsoil-manured land increased substantially above the yield of the commercial crop. This has been attributed to the extra mineral nutrients in the amendment, and to crop roots being able to access additional subsoil water. Furthermore, the yields of the 2nd, 3rd and 4th crops grown on subsoil-manured land continued to exceed the yields of the commercial crops. The benefit appears to be long lasting.

Are there any drawbacks?
Unfortunately, there are some drawbacks with subsoil manuring. The first is that the subsoil transformation requires vigorous deep root growth, and this can only happen for rain-fed crops with favourable weather conditions.

In the wheat-growing areas of southern Australia, rainfall events are needed during the spring months (September to November). Also, there needs to be water in the subsoil for the crops to access. Research has shown that large yield responses to subsoil manuring occur if abundant rain falls during the fallow period between crops and wets up the subsoil.

Evidence shows that the structure of dense clay subsoils can indeed be improved by subsoil manuring, and this can increase crop yields.

The reliance on rainfall can explain why the practice has been successful in the high rainfall cropping regions of Victoria, in years of average and above average rainfall. It’s therefore a risky practice in the short term for farmers working on these soils, if dry conditions prevail. Following crops however will still respond to the amendments when the season improves.

The second important downside to note when it comes to this subsoil amelioration technology is that the practice is expensive. It needs to be considered as a one-off capital investment in soil productivity. Specialised machinery is required to deep-band high rates of amendments. More research is needed to reduce the high upfront costs of the practice by optimising the form, the rate of incorporation, and the placement depth of the amendments.

Future outlook?
The global demand for grains is going to increase in the 21st century. Therefore, any practice that will increase crop yields will be beneficial. Evidence shows that the structure of dense clay subsoils can indeed be improved by subsoil manuring, and this can increase crop yields.

The key drawback of subsoil manuring for rain-fed crops is that it needs water (from rainfall) to work. This means that it is unlikely to be effective in dry, low-rainfall areas. However, there is hope when it comes to the issue of cost. Fertiliser-enriched crop residues, such as wheat straw, may also be effective, and would be cheaper than the amendments used so far.

The results to date should be seen as encouraging. They should inspire further research that will increase our understanding of the amelioration process, improve the availability of effective amelioration machinery, and develop practices to reduce the high costs of amelioration practices.

What impact do you believe subsoil manuring will be able to have on enhancing global crop yields over the coming decade?

<>Subsoil manuring is unlikely to increase global crop yields over the coming decade. The combination of the costs involved, the need for specialised machinery, and the need for further investments in research, all combine to slow down the adoption of the practice by farmers.

However, the warming and increasingly variable climate, the need for increased crop productivity, and new research findings will mean that many farmers will trial the technology. I believe that ‘modified’, less expensive subsoil manuring will become a wide-spread practice on soils with dense clay subsoils, and will be used increasingly in many countries over the next 30 years and beyond. 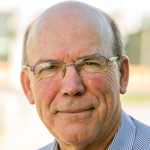 Peter Sale is an agronomist who is interested in plant-soil interactions. He has spent the last 30 years in research and teaching at La Trobe University, in Melbourne, Australia. His special research interest over the last 20 years has been on improving subsoils for crop growth.

Peter Sale researches ‘subsoil manuring’, a practice which has been developed in Australia to increase crop yields. 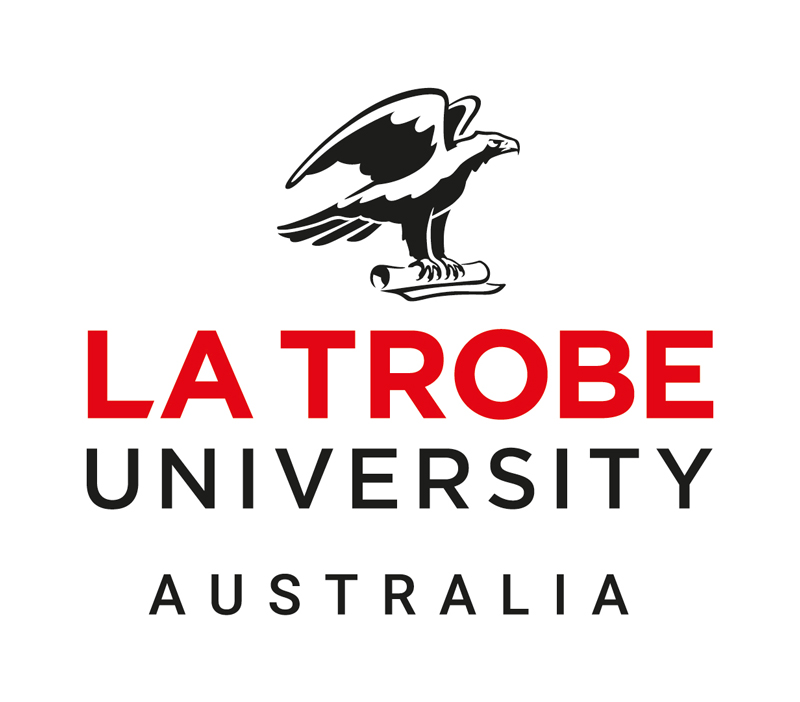 Accents of the Caribbean: How vowel pronunciations pivot, shift and merge
Arts & Humanities
Read This Article
Digital Transformation in Financial Services: The Age of Fintech
Business & Economics
Read This Article