Health & Medicine
Multiple Sclerosis (MS) is a disease that attacks the central nervous system, leading to a variety of symptoms, across the physical and psychological domains. For many people with MS, symptoms can include difficulties with memory and thinking, which impacts on the quality of many aspects of their life. Dawn Langdon, Professor of Neuropsychology at Royal Holloway, University of London, has led an international project to develop BICAMS, an innovative battery of tests to revitalise our understanding of cognition in MS, with the aim that this aspect of the condition will be better understood and managed.

Multiple Sclerosis (MS) affects more than 100, 000 people in the UK and millions more worldwide. It usually affects people between the ages of 20 and 50 years, and the average age of onset is approximately 34 years. MS is a neurological autoimmune condition, in which the body’s immune system attacks its own nerve cells.

MS attacks the myelin sheaths that surround brain and spinal cord cells. Myelin – a fatty substance that covers neurons – speeds up the transmission of electrical signals between cells allowing for efficient brain function. It is essential for normal motor, or movement, control and for other functions, including thinking and planning. In MS, the myelin sheath coating the nerves is damaged, leading to ineffective signalling between brain cells, and eventually cell death.

The majority of patients start experiencing relapsing remitting episodes, meaning that the symptoms of the condition come in waves of new or worse symptoms, which generally improve before another relapse occurs. This is called relapsing-remitting MS. Most relapsing-remitting patients enter the secondary progressive phase sooner or later, when disability accumulates over time. Patients with primary progressive MS do not have remission or relapse cycles; instead their symptoms gradually worsen over time from the outset.

Some medications are available that reduce relapses and slow disability progression. Researchers are working to identify treatments that will halt the disease.

Cognitive problems – issues with memory, thinking and attention skills – are common in MS, affecting approximately half of patients living with the condition.

Invisible symptoms
MS is most known for its effects on motor control, leading some people to use wheelchairs eventually as the disease progresses. However, due to its widespread impact on the central nervous system, there are a constellation of other symptoms linked to the condition and a high range of variability between patients. Some of the lesser recognised effects of MS – sometimes referred to as the ‘invisible symptoms’ – can have a profound impact on quality of life. The invisible symptoms include fatigue, depression and pain. MS can also impact cognition.

Cognitive problems – issues with memory, thinking and attention skills – are common in MS, affecting approximately half of patients living with the condition. Problems with thinking in MS are sometimes known as ‘cog fog’ as patients describe being unable to think as clearly as they had done previously. Cognitive impairment typically worsens as the disease progresses. As cognitive issues are not well known in MS, family and friends can find them hard to recognise and understand. Impairments in memory and concentration can affect daily tasks such as keeping up with conversations or managing household bills and can influence an individual’s ability to work.

An international team of experts led by Professor Dawn Langdon of Royal Holloway University of London are paving the way to better understanding of cognitive issues in MS. They have developed the Brief International Cognitive Assessment for MS (BICAMS), a short, much-needed tool aimed at helping clinicians and researchers quickly and effectively understand the cognitive difficulties that affect more than half of patients.

Developing BICAMS
Assessing cognitive impairment traditionally requires a lengthy neuropsychological testing – tests that reveal how brain function and aspects of cognition have been affected by disease or trauma, such as a stroke or accident. Neuropsychological testing is conventionally carried out by trained psychologists using in-depth and lengthy pen and paper assessments. Whilst this approach is comprehensive, it is also restrictive, limiting its use to specialist neuropsychologists, who are trained to use such assessments in scarce, well-resourced centres. As such, many people with MS who have cognitive impairment receive few valid tests of their cognitive function, meaning that their difficulties go misunderstood or even neglected, resulting in mismanagement.

BICAMS has been developed to provide non-specialists with the ability to assess the cognitive functioning of their MS patients, allowing many more centres to address cognition. The availability of a brief, easy-to-use and standardised internationally recognised testing battery have also made it more likely that pharmaceutical trials are including assessments of cognition as part of their outcome measurements, meaning that cognitive impairment could be better treated or managed in future. Cognitive impairment can be taken into consideration when potential drugs in the pharmaceutical pipeline are being assessed. Importantly, taking only 15 minutes to complete and requiring only pen and paper, BICAMS allows cognition to be tested inexpensively, maximising its potential use across centres and across countries.

BICAMS is a short, much-needed tool aimed at helping clinicians and researchers quickly and effectively understand the cognitive difficulties that affect more than half of patients.

Principles of neuropsychological testing
In order to be an effective neuropsychological test, assessments must be shown to fulfil key criteria that measure robustness, including reliability and validity. Reliability refers to the test’s robustness over repeated testing and between raters, whereas validity refers to the ability of the test to assess what it is intended to. A thorough evaluation of BICAMS revealed that it fulfilled all these markers of solid neuropsychological testing, making it a good measure. Importantly, the battery has also been shown to be repeatable without marked learning effects, where participants do better on tests purely because they have done them previously.

The BICAMS development process has had an international outlook from the outset, ensuring that the tests would be available to as many people as possible. This validation process has been carried out in eleven languages and in 16 different locations and cultures, again maximising its use across the world, which is key for its usefulness in clinical trials, which are increasingly carried out in multiple sites worldwide.

Components of BICAMS
In deciding which items should be included in BICAMS, Professor Langdon and her team selected tests that would tap into the cognitive areas – or domains – already known to be affected in some people with MS. The tests included in BICAMS focus on how quickly people can process information, their ability to remember a verbal word list and their memory of abstract shapes shortly after they have seen them. The battery utilises the most relevant components of existing tests, including sections of the California Verbal Learning Test-II, the Brief Visuospatial Memory Test-Revised and the Symbol Digits Modalities Test.

Findings using BICAMS
Since the BICAMS was introduced it has been cited in a number of peer-reviewed publications, going some way to filling the knowledge gap surrounding cognition in MS. A recent meta-analysis by Professor Langdon has shown that BICAMS testing has highlighted significantly reduced cognitive functioning compared to people living without MS across all of the domains tested, namely, information processing speed, immediate recall memory and immediate visual recall memory, in 14 countries.

Excitingly, the BICAMS has also been used in intervention studies, including one that demonstrated that six weeks of cognitive rehabilitation taking place on a computer at home can lead to improvements on some, but not all, aspects of cognition. The improvements were mirrored by a change in the activation of some areas of the brain, assessed by functional MRI studies. Whilst it is not known how this change impacts on the quality of life of patients, it is a positive indication that some aspects of cognition can be rescued with the right management.

Future steps
Already the BICAMS has made great inroads into understanding the cognitive impairment that so affects the lives of those living with MS. It has recently been adopted and recommended by the American Academy of Neurology, further cementing its place as the go-to testing battery for this condition. An iPad version of the BICAMS is currently undergoing validation studies and, if successful, is only set to increase the amount it is used. Computerised testing reduces raters’ variability, making the measurement even more precise, and facilitates data collection to databases on servers. Feasible, effective and inexpensive means of assessing cognition are absolutely crucial to patient management, disease monitoring and assessing the effects of interventions. The development of BICAMS has started a small but powerful revolution in bringing cognition to the forefront of MS management, shedding light on its effect on quality of life. People living with MS are only set to benefit from its increasing uptake by both clinicians and researchers.

How could findings from BICAMS influence how clinicians manage the care of people living with MS?

Professor Dawn Langdon is Co-Chair of the BICAMS initiative and has led on the development of the iPad version of the cognitive assessment. She is passionate about raising awareness of the cognitive impact of MS and using international collaboration to create meaningful progress. We spoke to her about her motivations, the success of the BICAMS initiative and the reach she hopes it will have globally

What inspired your work in this area?

Why do you think the cognitive impact of MS has been almost overlooked in the past in favour of physical symptoms?

I have tried to foster a sense of being in the BICAMS family. I think a shared purpose and understanding across nationalities creates bonds, trust and energy.

How do you get an international community working together in such a successful manner?

What advice would you give others about to embark on a similar project i.e. one that brings together an international community?

BICAMS has received funding from multiple sources. Does this bring any unique challenges and/or benefits?

This range of funders means that BICAMS doesn’t belong to a single organisation or entity. It is truly owned by the international MS community, which is an enormous benefit.

What are the next stages for rolling out BICAMS worldwide? What are your hopes for this tool?

This tool could make a difference for people with MS around the world. How does it feel to be involved in work with such widespread impact? 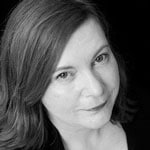 Having trained at St Hilda’s College, Oxford and King’s College London, Dawn Langdon worked at Queen Square for 16 years as a clinical neuropsychologist, obtaining a PhD from the Institute of Neurology, London. She is now Professor of Neuropsychology at Royal Holloway, University of London, FBPS and BICAMS Co-Chair. She is a Trustee of the UK MS Trust.

The Brief International Cognitive Assessment for MS (BICAMS), is a short, much-needed tool to assess cognitive function for people with Multiple Sclerosis.

3 thoughts on “BICAMS: Shedding light on cognition in Multiple Sclerosis”