Health & Medicine
People with chronic medical conditions, such as multiple sclerosis, often have to take the same medication for a long period of time. Unfortunately, medication adherence, or how good patients are at taking their medication as prescribed, is often low in this group. Prof Markus Schürks and Dr Christian Müller of Bayer Vital GmbH, Leverkusen, Germany, carried out a novel pilot study to look at how technology can be used to investigate medication adherence. An app was used to collect data directly from patients. Digital solutions like this have huge potential, being both cheaper and quicker than conventional studies.

Patients with chronic health conditions often need to take the same medication every day, for months, years or even decades. Often, the patient’s health depends on how “good” they are at taking their prescribed medication, a factor known by researchers as “medication adherence.” Doctors normally find that medication adherence is high during acute (i.e. short-term) conditions. However, for chronic diseases, medication adherence drops dramatically after the first six months of treatment.

For doctors to understand why some patients with chronic conditions do not take their medication as prescribed – and, hopefully, to help their patients address the issue – the first step is to get an accurate picture of medication adherence. Until recently, though, this has been difficult. Many studies have relied on patients to remember and report their own past medication usage, with all the disadvantages this entails. Such studies are also normally both expensive and slow. 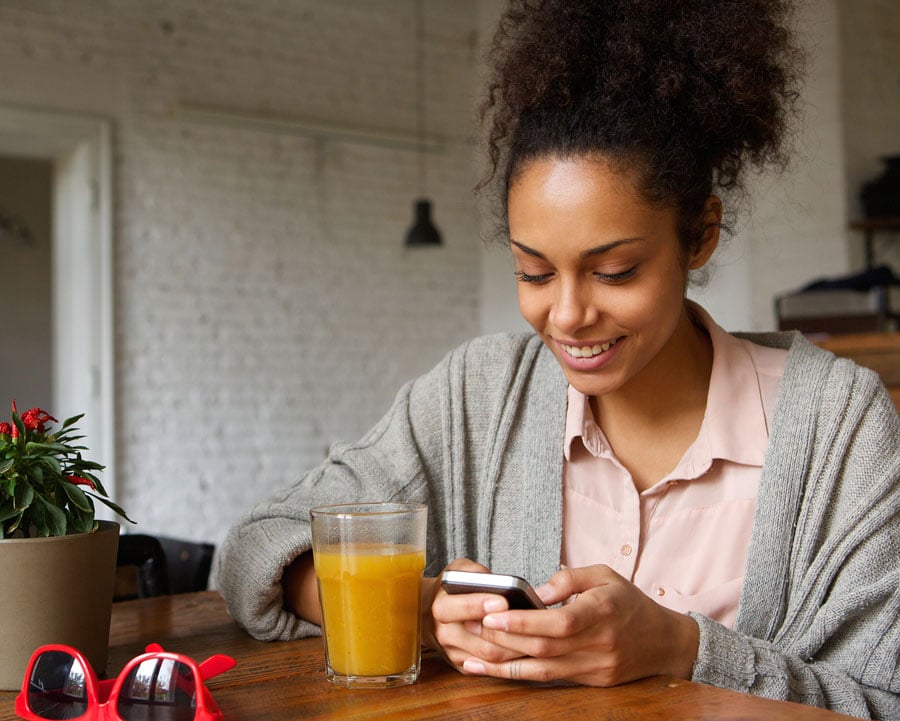 Current technology offers a multitude of potential new ways to collect data from patients. Of key importance is the fact that these technologies allow data to be collected directly from the patient.

Medication for MS: there’s an app for that
Multiple sclerosis (MS) is a disease that affects the brain and spinal cord. There are a wide range of symptoms, including motor and sensory problems, problems with vision, muscle stiffness, difficulty walking, and fatigue. MS is usually first diagnosed in people in their 20s and 30s. The most common form of the disease is called relapsing-remitting MS, where episodes of new or worsening symptoms are followed by a period of recovery.

Although MS is a lifelong disease, it is possible to treat the condition. However, effective treatment is highly dependent on strict medication adherence, for both dose and timing of the medication. The chronic nature of relapsing-remitting MS, and the importance of consistent management of the condition, make this an ideal condition in which Prof Schürks and Dr Müller could carry out a new, digital pilot study of medication adherence, using data received directly from patients.

Helpfully, a technology-based MS treatment system already exists, forming a useful setting for Prof Schürks’ and Dr Müller’s research. In Germany, around 80% of patients with MS who are treated with a drug called interferon beta-1b use an electronic autoinjector. This is a device that provides the drug with a quick and easy injection – and, crucially for this study, automatically records data for every injection, including the date, time, speed and depth. Patients might also choose to use an app called myBETAapp. The injector automatically sends injection data to the app, which tracks the patient’s medication usage over time. The app also has a “wellness tracker,” allowing users to record symptoms that affect their day-to-day life, such as energy levels, coordination, ability to walk and eating habits.

Using data from myBETAapp, Prof Schürks and Dr Müller aimed to develop a new digital study method that will allow medication usage to be investigated in patients taking interferon beta-1b for MS. Automatic data collection using the app was a key feature of the study.

Data directly from the patient
Along with the automatic data collection, a second novel aspect of this study was the way in which patients were able to provide informed consent. First, in late 2017, users received two invitations via their app asking them to participate in the study. Anyone who clicked a button to express interest was given further information, which included the aims of the study and how the data would be used. After each piece of information, users were asked to confirm that they understood. Finally, they were asked to give consent.

Overall, the team collected 6 months of data on medication usage and 3 months of data from the wellness tracker. Data from 94 patients were available from the study. Over the study period, 96% of participants continued to use the app and 94% of injections were completed as prescribed. Adherence, which the researchers defined as a combination of persistent use of the app and compliance with the injection schedule, was also high, at 89%.

Another key finding was that useful data could be generated without patients needing to enter any data themselves. Significantly, this means that automatic data collection via the app was enough to give meaningful results.

The future of data collection
The results clearly show that, for patients in Germany using the app and the automatic injector to manage their MS, medication adherence is high. The researchers were also successful in their key aim, which was to demonstrate that a digital study, involving collecting data directly from patients, is not only feasible but also produces useful results and is quicker and cheaper than conventional observational studies. 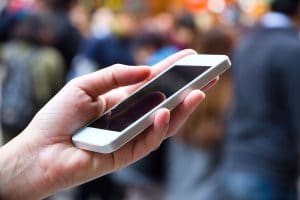 Clearly, digital studies such as this have great potential. In traditional studies of medication adherence, as with many other types of clinical trials, patients have to be approached and recruited during visits to a clinic or hospital. Approaching patients via an app is much quicker, and allows patients to respond in their own time. Also, once the study platform (for example, an app like myBETAapp) has been developed, it costs very little to add more patients to the study. This means that digital studies could potentially recruit far higher numbers of patients than has previously been possible.

This digital method could be applied to many different conditions and different medications.

Although many patients are willing, in principle, to participate in clinical studies, there may often be practical barriers to overcome, such as a need for extra hospital visits. A patients’ opportunity to participate may also be limited by their own doctors’ connections with, and awareness of, clinical trials. Digital studies have the potential to overcome these problems, as patients will be able to both be recruited and participate remotely. Prof Schürks and Dr Müller believe that approaching patients directly might also encourage them to participate in studies by making them feel that their own individual contribution is valued.

Younger adults (the most likely to be diagnosed with MS) are probably likely to be most familiar with the technology involved in this study. Interestingly, however, the results for persistence with the app, compliance with the injection schedule and medication adherence were similar across all age groups (and between men and women).

Prof Schürks and Dr Müller note that this pilot study has a few limitations. For example, it is possible that participation in the study could have actually changed the behaviour of participants. In addition, technical issues, such as with the app or the smartphone, are always a possibility. For the very small number of patients who dropped out of the study, there was no way of knowing whether this was because they had stopped taking the medication, or simply stopped using the app. Nonetheless, the results of this research prove the potential of digital studies.

Further investigation is clearly supported by this pilot study. In future research, the digital approach developed here by Prof Schürks and Dr Müller could allow much larger groups of patients to be studied, while saving both time and money when compared to traditional studies. The method could be applied to different conditions and different medications. Patient’s feedback could even be used to improve the data collection methods and technology over time. The future of clinical studies could well be digital.

How could digital solutions like the myBETAapp be used to improve medication adherence?

<>Digital solutions allow for a close engagement with patients, facilitating a tighter bond and a more comprehensive sketch of their condition and well-being. Hence, in digital studies it´s much easier to identify barriers of adherence and to adapt the treatment paths to overcome non-adherence. Furthermore, digital solutions offer a way of giving patients feedback on the study results and acknowledge their participation. 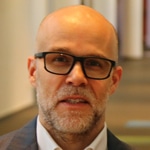 Markus Schürks is a neurologist and epidemiologist. He is currently a Senior Medical Advisor for Bayer Vital GmbH. 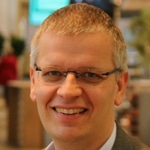 Christian Müller is a consultant pharmacist for medical information. As team leader of the Data Generation Team, Germany, he drives digitalisation of primary data collection at Bayer Vital GmbH.

Bayer Vital GmbH is a German company, active in the fields of human and animal health.

Patient and Public Involvement: A vital part of healthcare research
Health & Medicine
Read This Article
Traversing the minefield: A professional humanitarian for a new world of risk
Arts & Humanities
Read This Article