Health & Medicine
We look at the world with two eyes but we see only one picture. This is possible because the brain can bring together visual signals that originate from the left and right eyes to create a single image. How the brain knows how to do that is not well understood. Through a series of experiments, Drs David Fitzpatrick, Jeremy Chang and David Whitney, from Max Planck Florida Institute for Neuroscience, showed that early visual experience drives the precise alignment of cortical networks that is critical for binocular vision.

The world that surrounds us is made of an infinity of shapes and colours that we perceive through our eyes. The light that reflects from each and every object in our environment falls onto the retina, a thin layer of tissue that lines the back of our eyes. From there, the visual information is sent to the brain, and more specifically to the visual cortex, where patterns of light are transformed into the vivid sensory experience that we call sight.

The visual cortex receives information from numerous neurons, each of which responds selectively to a specific feature in the visual scene. For example, edges and their orientation in space carry an enormous amount of information about the visual environment and each neuron responds only to a narrow range of edge orientations: horizontal edges activate some neurons, vertical edges activate other neurons and still other neurons respond to different orientations in between. The visual cortex gathers all the incoming information and, depending on which neurons are activated, reconstitutes visual representations of the surrounding environment.

Two eyes, one picture
We look at the world with two eyes but we see only one picture; what both our eyes perceive is unified into a single representation. This constitutes one of the challenges in representing visual information: neurons in the visual cortex have to bring together the signals that come from the left and right eyes to create a single unified binocular representation. The association of the inputs from the two eyes is achieved with a high degree of precision. It is so precise that a neuron that responds to a certain orientation when the left eye is stimulated will respond selectively to the same orientation when the right eye is stimulated.

What has been missing is a clear understanding of the developmental mechanisms that are responsible for uniting the inputs from the two eyes, a gap in knowledge that Dr David Fitzpatrick, Dr Jeremy Chang and Dr David Whitney at the Max Planck Florida Institute for Neuroscience aimed to fill by conducting a series of experiments.

We look at the world with two eyes but we see only one picture; what both our eyes perceive is unified into
a single representation.

Early visual experience and alignment
The first question that the team of researchers aim to address concerns the role of visual experience in the development of vision: is visual experience required for the inputs from the two eyes to be aligned, or does the brain innately know how to create a single unified binocular representation?

The team has approached this question in the ferret. Ferrets have a well-organised visual cortex with a modular structure. A modular system is subdivided into repeated units that operate independently; in a modular visual cortex, different neurons have different functions. Neurons are not randomly positioned: nearby neurons have similar orientation preferences – for example, neurons that respond to horizontal edges are spatially close to neurons that respond to almost horizontal edges.

Dr Fitzpatrick and his collaborators use calcium imaging to visualise neuronal activity: when neurons are activated, calcium levels locally fluctuate. These fluctuations can be detected by combining the use of fluorescent calcium sensors and imaging techniques. So-called activity patterns can then be visualised, giving information about the localisation of active neurons.

To answer this question, they used two-photon imaging. Combined with fluorescent calcium sensors, this imaging technique allowed them to visualise the activity of individual neurons. Consistent with the previous observations made at the network scale, individual neurons’ orientation preferences prior to the onset of visual experience were different for the left and the right eyes. This was rectified during the reorganisation process as visual experience induced changes in preferred orientation: once network representations are aligned, an individual neuron that responds to a specific orientation when the left eye is stimulated will respond to the same orientation when the right eye is stimulated.

In their next studies, Dr Fitzpatrick and his team are now planning to investigate network reorganisation at the synaptic scale. Their aim will be to identify precisely the components of the cortical network that are changing and the mechanisms that enable this change.

This knowledge is critical for addressing visual disorders that arise from early abnormalities in visual experience.

Impact of the research
The research conducted at the Max Planck Florida Institute for Neuroscience will provide a greater understanding of the mechanisms responsible for the experience-dependent alignment of cortical networks.

This knowledge is critical for addressing visual disorders that arise from early abnormalities in visual experience, such as amblyopia. This condition, also called “lazy eye”, happens when one eye no longer shares visual experience with the other and is thus unable to build a strong link to the brain, which results in poor vision for the affected eye and more reliance on the “good” eye.

Besides, experience-guided alignment of cortical networks is likely critical not only for vision but for a broad range of other brain functions – sensory, motor and cognitive – that are optimised for an effective navigation and interaction with our world. Identifying those aspects of brain circuitry that depend on early experience for proper alignment and understanding the underlying alignment mechanisms could offer insights into a host of neurodevelopmental disorders whose causes are still largely unknown.

<> Networks of neurons in cerebral cortex give rise to the proper function of sensory processing, motor control and cognition. Yet, we recognised that we do not have a clear understanding of the roles that experience-dependent versus experience-independent processes play in the development of these networks. Visual cortex is an ideal system to investigate the role of experience-dependent processes, because, at the time of eye opening, the animals sensory experience goes from relatively impoverished to highly rich. Our findings have highlighted the remarkable degree of organisation early in development, and the importance of experience in the reorganisation of these networks.

David Fitzpatrick is CEO and Scientific Director at the Max Planck Florida Institute for Neuroscience. He is internationally recognised as a leader in systems neuroscience, focusing on neural circuits in the cerebral cortex. He has received numerous awards and founded Duke University’s Institute for Brain Sciences in Durham, NC, USA. 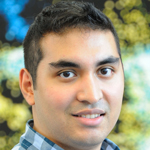 Jeremy T. Chang is a research fellow in the Fitzpatrick lab at Max Planck Florida Institute for Neuroscience. Before joining MPFI, he earned his PhD in Neuroscience at Yale University. His research uses optical methods to investigate the development of functional properties, across cell types in visual cortex. 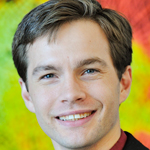 David Whitney joined the Fitzpatrick lab as a post-doc in 2013. Combining cutting-edge optical methods and advanced analytics, David’s research focused on understanding how neural response properties emerge within the developing brain networks of visual cortex. In 2019, he transitioned into industry as a Lead Data Scientist for Data Analytics & AI at the Royal Caribbean Group.