Physical Sciences
Creating focused, well-behaved beams of electrons is no easy task, but something that
Dr Sergio Carbajo and his team at Stanford University and the SLAC National Accelerator laboratory are experts in. They are developing new technologies to control electron generation for some of the world’s biggest and brightest lasers to make it possible to film exactly what happens in the split second of a chemical reaction.


If we see something happening that occurs in 100 milliseconds (a tenth of a second), we generally perceive the event as occurring instantaneously. This means that when watching fast-paced movement, such as a horse galloping, we cannot necessarily resolve details of the image, such as the position of the horse’s hooves.

Whether a horse is momentarily airborne, with all its hooves off the floor at once, was a question that had plagued eccentric photographer Eadweard Muybridge. In 1872, he was asked by Leland Stanford, then governor of California, to take up the challenge of photographing his horse while galloping to see whether artists had been right in their depiction of the flying horse.

This was a challenging task for the photography of the time but Muybridge succeeded by setting up a series of trip-wires that would trigger 12 different cameras as the horses ran past to create a sequential series of photographs of the motion. This was a great success, showing that horses really do momentarily lift all their hooves from the ground, but more importantly, this was the birth of time-resolved imaging.

A millisecond may seem an ephemerally short time to us, but for molecules, this may even be longer than their entire lifetime. Many of the changes molecules undergo occur on femtosecond timescales, a quadrillionth of a second. This is such a short timescale that one femtosecond is to one second as one second is to about 32 million years.

Capturing changes on such timescales is far too fast for a standard camera, but something Dr Sergio Carbajo and his team at the SLAC National Accelerator Laboratory do on a regular basis, using a laser that is several kilometres long, known as a free-electron laser (FEL). By using the ultrashort and very bright pulses of light generated by the FEL, Dr Carbajo is able to watch exactly how molecules react when they interact with light or undergo other changes, including the processes involved in photosynthesis.

Getting the electrons up to speed and controlling their behaviour in the undulators is no easy task.

Free Electron Lasers
Since lasers capable of creating pulses on a timescale of femtoseconds were first developed, they have ended up being widely used in a surprising place: for laser eye surgery. As the pulses are very short in time, this means they have a very high peak intensity, making them excellent at cutting through both tissue and materials. Their importance in studying chemical reactions though was recognised with the 1999 Nobel prize, awarded to Professor Ahmed Zewail for his work in developing the field of femtochemistry.

However, getting the electrons up to speed and controlling their behaviour in the undulators is no easy task. The European XFEL, the latest hard X-ray FEL to be built in Europe is an impressive 3.4 km long, with 2.1 km of that length accounted for with the accelerators alone. Currently at SLAC in California, home for the first hard X-ray FEL built in the world, the Linac Coherent Light Source (LCLS), there is a major upgrade of the LCLS with a new type of accelerator being installed that is around 1 kilometre long.

Dr Carbajo has been developing ways to improve FEL technology by developing photon sources to manipulate the electron (or positron – their positively charged equivalent) beams that are used for X-ray FEL experiments but also for another type of experiment, ultrafast electron diffraction (UED). Rather than shining X-rays on a molecule to film its motion, UED uses electrons instead. By detecting how the path of the electrons has changed as a result of interacting with the molecule, a picture can be constructed of how the molecule looked at a particular moment in time.

One of Dr Carbajo’s recent successes was using a specially shaped laser beam to help shape the beam of electrons used in the FEL to achieve the brightest X-ray emission of any FEL to date. He has also been working on developing the theory for a new approach of the initial generation of electrons in a FEL, which has the potential to overcome many of the current issues with generating bright electrons that are then fed into the accelerators.

Gaining this fundamental understanding of light-matter interactions is crucial for knowing how to exploit it in the development of new and more efficient technologies.

Seeing clearly
As well as making FELs better, Dr Carbajo has also been working on ways to make them smaller. The length of the accelerators is necessary to provide sufficiently strong field gradients to accelerate the electrons up to speed, ideally in an orderly fashion. However, Dr Carbajo has shown that laser-driven accelerators may offer a more compact alternative to traditional radio frequency technology-based designs. The strong field gradients produced within a laser pulse make it possible to achieve comparable acceleration in a matter of centimetres, rather than kilometres.

Acceleration is not the only issue. Electron bunches are somewhat difficult to control as all the electrons in them are negatively charged, meaning they will repel each other and start to spread out over a larger area. The more electrons, the worse the problem becomes, but a relatively large number of electrons is still needed to produce sufficient X-rays for an experiment. However, by carefully choosing the input laser parameters, Dr Carbajo has shown that electrons can not only be accelerated in a much shorter distance, but produced in an orderly fashion, with time durations even shorter than femtoseconds. He is working to use light modulation technologies to find new schemes for shaping light for optimal FEL outputs.

Brighter, better FELs will make tracking more femtochemistry and even attochemistry – which is another thousand times faster than femtochemistry – possible. To date, there have been countless new discoveries made possible by FEL technology, such as tracking and identifying the intermediate chemical structures involved in water oxidation, an important part of photosynthesis, and seeing the structures and shapes of proteins in unparalleled level of detail. Working on more challenging chemical systems which only produce weak signals or are very dilute will also be made possible with developments in the technology.

Higher peak brightness also opens the possibility of exploring new regimes of physics, such as non-linear processes and exotic strong field effects. Being able to explore the possibilities of experiments with structured light and in these extreme conditions are crucial for developing our understanding of how light interacts with matter. Given the strong interest in using light in many areas of our lives, from cancer treatment with photodynamic therapy, to as a renewable energy source with solar technologies, gaining this fundamental understanding of light-matter interactions is crucial for knowing how to exploit it in the development of new and more efficient technologies.

What do you think are the next big developments in accelerator technologies?

<> The next generation of accelerator and FELs are poised to democratising access to answering fundamental questions in physics with a number of intersecting technological improvements. One of them will occur at the intersection of advanced laser-electron interactions to reduce the size or increase the operational capacity of FELs, such as the invention of a mode-locked X-ray FEL to create new paradigms in attosecond electronic chemical reactivity, quantum computing, or the development of compact cost-effective accelerators and FELs in applied medicine. Another major development will be ushered in by artificial intelligence and automated controls to enable turn-key operation of both large-scale and compact sources so that end users are able to concentrate primarily on science and technology applications. 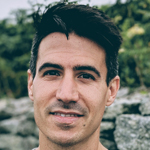 Dr Carbajo is a principal investigator and staff scientist at Stanford University and SLAC National Accelerator Laboratory, and affiliated faculty at the Colorado School of Mines. He holds two MSc degrees in Telecom and Electrical and Computer Engineering, and a PhD in Physics.

Dr Carbajo and his team are developing compact accelerator technologies to study fundamental molecular processes. Amongst other things, they are looking to devise photonics-based decarbonisation strategies.