Behavioural Sciences
Research confirms that when people feel safe within a team they will perform better; they willingly take risks, actively contribute and work hard knowing that they can depend on the others in the team to support them and put in as much effort. In a business context this is called ‘team psychological safety’ (TPS) and it is the key to high-performance teams. But how is TPS measured and what can leaders do to promote higher levels of TPS within their teams? Peter Cauwelier at TEAM.AS.ONE, Action Learning team coach, has a solution that brings measurable improvements in psychological safety and performance.

The term ‘team psychological safety’ (TPS) was coined by Professor Amy Edmondson in 1999 as a ‘shared belief held by members of a team that the team is safe for interpersonal risk taking’ and identified as a key factor in team learning and high-performance teams (Edmondson 1999). The theory makes sense; you are going to give a better product pitch if you know your colleagues are confident in your ability to sell and are ready to pick you up if you falter. An inclusive and understanding environment is also a breeding ground for new ideas – people will only feel able to put forward risky or innovative concepts if they know they will be taken seriously and that their input is valued. Hostile business environments lead to the stagnation of creativity, poor work ethics and dogmatic policies.

TPS leads to high-performance teams
The concept of TPS is particularly relevant in the modern business world which counts on teams to innovate and perform in a turbulent environment. Employees who have no sense of TPS are unlikely to collaborate efficiently and effectively, and productivity is hampered. And it is not just about keeping people happy so that work remains optimal; in an increasingly competitive global market it is essential that teams learn from their experiences in order to improve output. An atmosphere of TPS means that people are content and able to admit and discuss errors; a healthy, positive learning and high-performance environment is created.

Research confirms that higher levels of TPS lead to more effective team learning and in turn higher team performance. Professor Edmondson demonstrated that in an environment of TPS a cycle of learning is curated; team members are more likely to ask questions and speak up to express concerns, leading to the quicker identification of problems and search for solutions. Over time, this cycle leads to improved team performance. In an internal study by Google (Project Aristotle), researchers concluded from quantitative and qualitative data that TPS had the biggest positive impact on team performance and was four times more significant than other factors such as individual performance, structure and clarity, or meaning. It turns out that it matters much less who is on a team, and much more how those people interact (Google 2015).

TPS is a major contributing factor to team performance, and within a business context, this might mean the success or failure of a product, service, company or venture.

Aiming to fill this gap in practical knowledge, Peter Cauwelier is a team performance coach who has been leading and supporting teams for over 25 years and who has a particular research interest in team learning and interaction and how this affects team performance. By developing a programme that measures TPS within a specific team in detail, Cauwelier’s goal is to give business leaders and team members alike a concrete roadmap for getting the best out of their teams.

TEAM.AS.ONE – a programme for change
Cauwelier’s programme helps facilitators and leaders explore in detail what TPS is, how to measure TPS and strengthen it in a team, by improving existing routines or developing new ones. Teams fill out an anonymous survey based on seven statements originally laid out by Professor Edmondson (reaction to mistakes; dealing with issues; accepting diversity; taking risks; asking for help; mutual support; appreciation) as well as customised open-ended questions. For example, participants respond to a statement such as, ‘It is safe to take a risk on this team’ with a score rated from ‘Strongly disagree’ to ‘Strongly agree’. By transforming the answers into a numbered scale, they can be averaged and a standard deviation of the scores can be calculated for the team. Cauwelier is then able to create a team report and compare the results against a database of results from other teams who have taken the survey. The report identifies the team’s strengths and priority improvement areas to develop TPS and therefore team performance. Answers to the open-ended questions highlight particular areas the team should focus on.

The standard deviation is valuable for analysis as it indicates whether teams strongly agree or disagree on elements of TPS. In his research, Cauwelier notes that a low standard deviation (i.e. teams are strongly aligned) is more valuable than a high average score as team alignment is essential for group learning and moving forward. A team that has a low level of TPS but clearly agrees about that is more likely to improve TPS and subsequently performance than a team that has a higher initial level of TPS but very different views about the TPS elements.

Cauwelier believes that the quantification and analysis of TPS is essential for anyone who is serious about improving the levels of psychological safety within their team. Once individuals are clear on which specific elements of TPS need improving and opinions have been aligned, ‘Action Learning’ can take place to bring the team to the next level.

By combining the quantitative analysis of a team’s current state of TPS with follow-up Action Learning, real progress can be made, and team performance improved.

Action Learning
Action Learning is a problem-solving process where a small team is given a current and real business challenge on which they take actions and learn as individuals and a team (Marquardt, Banks, Cauwelier & Ng 2018). Team members explore the challenge in all its dimensions and collectively come to an understanding and agreement of what the real issue is, before looking for solutions. This process is supported by an Action Learning coach who focuses on the team learning and reinforcing new routines which can be replicated in the workplace. Peter Cauwelier is a WIAL Master Action Learning coach (www.wial.org) and he believes that Action Learning is a very effective way to accelerate the development of TPS and improve team performance. To explore this, Cauwelier compared TPS before and after two different types of team sessions, one a series of Action Learning sessions and the other a facilitated team workshop (Cauwelier 2019).

All members filled in the TPS survey
outlined above, but during the sessions or workshop there was no focus on TPS and TPS was not discussed with the team during the proceedings. Measuring again TPS after the program, Cauwelier found that while TPS scores improved significantly after the Action Learning sessions (the averages increased and the standard deviation decreased), there was no measurable change in scores after the facilitated team workshop. So why does the Action Learning approach appear to be so much more effective in terms of strengthening TPS? 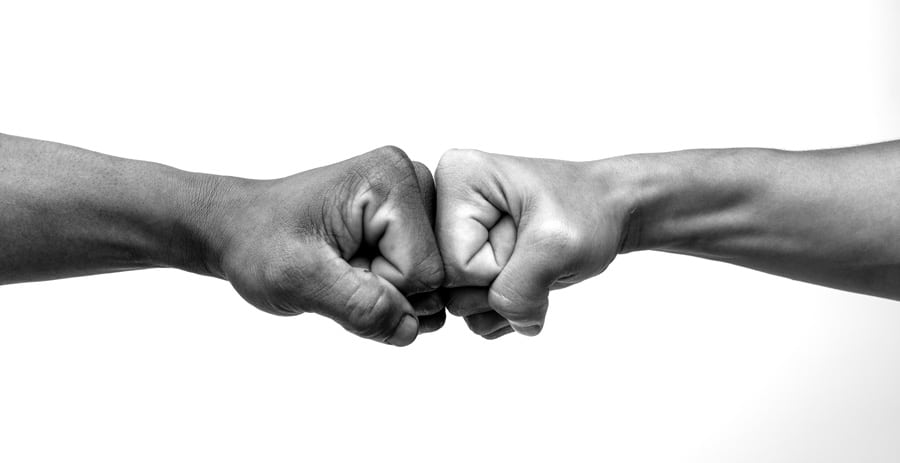 Cauwelier believes it is because the principles of the methodology connect well with what most impacts TPS (team leadership, trust and respect, organisational support, team habits and practice). Within an Action Learning session, feedback on actions is shared, creating an environment where risk taking and making mistakes isn’t problematic, but an opportunity for coming up with new ideas and mutual learning. With everyone sharing their actions within the team, it is unlikely that anyone will undermine the team goal or others’ efforts. Asking questions and giving feedback on one another’s skills create an atmosphere of support where all team members are able to grow together.

Going forward
TPS is a major contributing factor to team performance, and within a business context, this might mean the success or failure of a product, service, company or venture. In his recent research Peter Cauwelier has pushed thinking on this subject further by providing evidence for how management and business leaders can practically look to improve the level of psychological safety within their teams. By combining the quantitative analysis of a team’s current state of TPS with follow-up Action Learning, measurable progress is made, and performances improved. In the hands of an Action Learning coach, the report produced by the TPS survey can be used to focus specifically on the elements of psychological safety that need most attention. There is a great capacity here for helping teams reach their high-performance potential.

Can team psychological safety be applied to other types of teams outside a business context? Do you think the same methodology described here could be used to improve their performance also?

<>Very much so! In fact, Edmondson’s original research looked at surgical teams and how the level of psychological safety impacted each team’s performance when adopting a new surgical procedure. Whenever teams need to collaborate, co-create and perform, the level of psychological safety will impact how quickly the team learns and makes progress. I have used the TPS measurement and subsequently worked with teams from an educational department and military platoon, in addition to diverse business backgrounds. 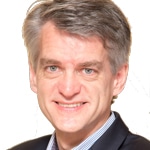 Dr Cauwelier’s research is centered around increasing the level of psychological safety that exists within a team. 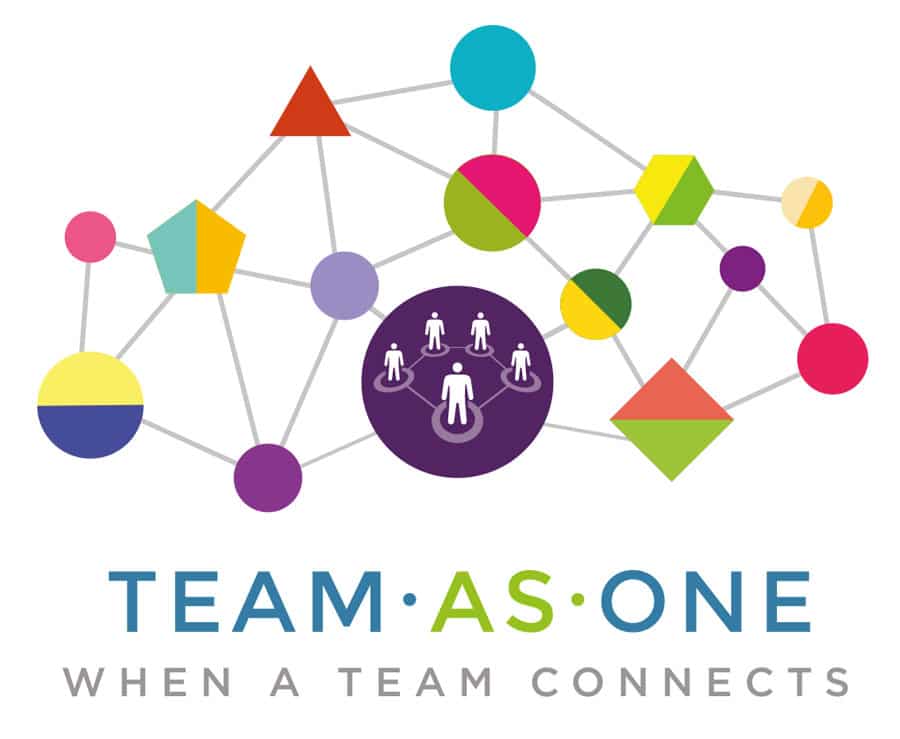