Education & Training
Multimedia learning research comparing effectiveness of static and dynamic visualisations in STEM disciplines has revealed mixed results, because it has ignored gender distribution among its participants. Although research is suggestive for gender differences in visuospatial processing, the failure to report gender compositions in many studies makes it impossible to draw conclusions on the moderating effects of these differences on learning. Dr Juan Cristóbal Castro-Alonso, an educational psychology researcher with focus on multimedia at Universidad de Chile, has led a meta-analysis to establish whether gender imbalance exists in research on learning through visualisations and how it might be affecting study outcomes.

As multimedia and video are getting cheaper to produce, they are becoming more popular as tools for classroom instruction. With increasing access to digital technologies around the world, teachers, commissioners and policy makers are being encouraged to use more static and dynamic visuals in their lessons even though there is no unequivocal evidence to support this approach. Dr Juan Cristóbal Castro-Alonso is an educational psychology researcher at Universidad de Chile focused on better understanding whether the use of multimedia makes learning science more efficient and—if so—under what circumstances.

Cognitive resources are limited
Dr Castro-Alonso and his collaborators in Australia and the Netherlands have previously noted that different types of instructional materials might be better at supporting the learning of different types of tasks. They have argued that these differences are related to the functioning of specific neural systems that underpin the acquisition of particular skills, and are also mediated by the amount of mental resources required to process the specific multimedia materials. 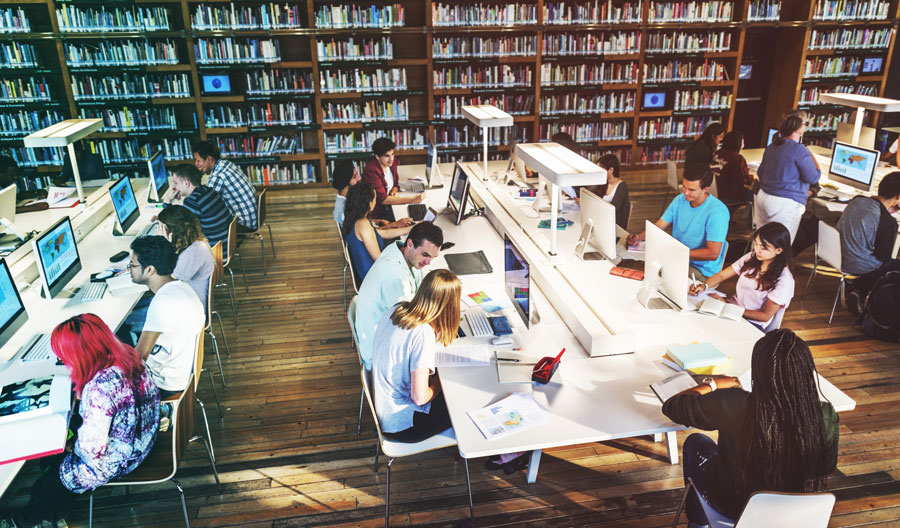 For example, with dynamic materials like videos or animations, the learner must often process more information due to the transient nature of dynamic presentations. Despite this concern, dynamic materials appear to be better at supporting manipulative tasks, i.e. tasks that require physical action (like replicating an origami model). In contrast, static images seem more effective at supporting learning for non-manipulative tasks, i.e. tasks that are more cognitive than physical (like solving abstract symbol problems).

This difference can be explained by cognitive load theory, which proposes that a learner has a limited amount of cognitive resources (working memory) and any loss of this capacity to tasks that do not directly support learning or require more processing is detrimental to the overall learning effectiveness. If more cognitive resources are spent on processing teaching materials, there is often not enough left over to efficiently complete the task at hand.

Mirror neurons to the rescue
Within an evolutionary approach to cognitive load theory, it has been suggested that dynamic images might be able to well-support learning tasks that require movement because manipulative tasks evolved as a primary skill in humans and are therefore likely processed by a separate system (for example, mirror neurons). This specialised circuit allows learning of manipulative skills from transient images without exerting extra effort. In contrast, learning a non-manipulative skill from a moving image requires effort to remember the information before attempting the task. As such, by the time the student attempts the task, processing learning materials has already diminished their cognitive resources. In this case, the use of dynamic multimedia may hinder rather than support student performance. 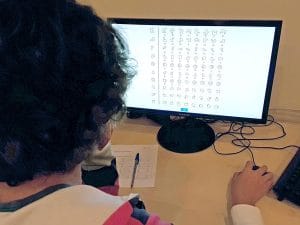 But not so fast
A plausible theoretical framework notwithstanding, Dr Castro-Alonso points out that the data on learning from visuals is complex and difficult to interpret with any degree of certainty. First, it remains unclear whether differences between learning efficacy from static versus dynamic images in fact exist. Studies that report these differences often neglect to control for many potentially moderating variables that relate to the materials themselves. Some of these factors are appeal, media, realism, size, and interaction. Second, participant-related variables—including gender, spatial abilities or attained level of education—remain unexplored. In a recently published meta-analysis, Dr Castro-Alonso and colleagues aimed to examine whether differences in learning efficacy between static versus dynamic visuals indeed exist when studies are pooled together; they also looked to identify the factors that affect any existing differences.

As access to digital technologies increases,
teachers are encouraged to use static and dynamic visuals in classrooms – what’s the evidence?

A meta-analysis is a type of study that compiles all studies that aim to answer a specific question. Studies are selected on pre-specified inclusion and exclusion criteria, and then combined to identify a common effect. Dr Castro-Alonso and colleagues searched for and included studies that reported results of randomised experiments where two groups of students were compared: a group learning from static images and a group leaning from dynamic visualisations. Studies were included if they reported measurable outcomes that could be used in statistical analysis and where they included tasks that could be categorised as either STEM-related (subjects including science, technology, engineering or mathematics) or manipulative-procedural (such as paper-folding). Studies were excluded if the gender ratio for a participant sample was not reported. Their findings have been recently published in Educational Psychology Review.

In search of clarity
After combining and analysing results from 46 studies that included over 5,000 participants, Dr Castro-Alonso and colleagues reported that there was indeed some difference in the efficacy of learning in the groups exposed to the static versus dynamic images. Students that worked with dynamic visuals performed slightly better. Gender appeared to impact the benefits of visualisations; in samples that included more females, static visualisations performed better; samples with fewer females and more males seemed to favour dynamic visualisations.

At the same time, the researchers reported that the level of education attained by study participants, as well as the type of media involved in the study, also affected how participants learned from different visualisations.

Men and women learn differently…probably
Evidence that gender affects multimedia-based learning is the key insight from this study. It is especially noteworthy given that literature exploring possible differences in multimedia learning between males and females is scarce. In research concerning the use of visuals in the classroom, gender of study participants is often neglected as a possible moderator, so much so that relevant ratios are often left out of study reports. In Dr Castro-Alonso’s study, 48 of all eligible studies had to be excluded because they didn’t report gender ratios. This is an important issue for at least two reasons. First, not controlling for gender in experimental designs and in data analysis, as well as not reporting gender ratios, has produced a body of research that is unclear and difficult to interpret. Second, these findings are often used as basis for policy recommendations, even though they lack a strong evidence base.

Looking forward
Building on the results of their meta-analysis, Dr Castro-Alonso is leading a collaboration that aims to better understand the role of gender in learning science from multimedia materials. Specifically, he and colleagues will examine how cognitive load is moderated by students’ characteristics in immediate and delayed tests in learning about rotation and translation of organic chemistry molecular representations—which is often challenging for undergraduates.

Researchers so far have sometimes failed to report whether studies have been done on males or females.

The study is designed to involve a randomised sample of 720 undergraduates in Chile (50% female) and is combined with outreach seminars to increase teachers’ and students’ awareness about cognitive load and gender differences in STEM education. Once the study has been completed, the results will be shared with the global scientific community through publications in Web of Science journals.

Dr Castro-Alonso hopes that greater insight into the role of gender in learning science and other STEM topics through multimedia will result in the development of study materials that are well suited for all students. In addition, he also hopes that engagement with the public will increase awareness of the evidence behind teaching and learning recommendations and will result in policies and investments that are supported by scientific methods. A highly recommended resource to gain such insights is Dr Castro-Alonso’s book on ‘Visuospatial processing for education in health and natural sciences’ (published by Springer Ltd), where leading world experts discuss a number of critical topics.

Gender is a variable normally reported in health and psychology research as one of the main moderators of outcomes. Why do you think colleagues in your field have reluctantly reported on effects of gender in their studies? Do you think this is more or less likely to change in the current political climate?

<>We don’t know why gender is not being considered an important variable in educational multimedia research, or at least important enough to be reported in the investigated groups. We know that this problematic under-report exists, but we don’t know the causes. I have not investigated the political climate, so I’m not sure if the climate is currently trying to equate women and men or acknowledging that there are gender and sexual differences, including the differences that can influence visuospatial processing and STEM multimedia learning. 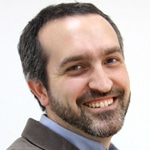 Dr Juan C. Castro-Alonso is Associate Researcher at the Center for Advanced Research in Education, Universidad de Chile. He is a Biochemist, Master in Communication and Education, and PhD in Education. He is academic editor of PLOS ONE and has coauthored more than 15 journal articles and book chapters.