Behavioural Sciences
Meetings. Love them or hate them, they’re a regular feature of working life and there are countless studies on how to plan, run and make the most of them. Few studies, however, take a detailed view of the nature of the communication, interaction and collaboration that take place within meetings, especially team meetings. The research of Marcella Hoogeboom and Celeste Wilderom of the University of Twente in the Netherlands is therefore timely. Based on complex adaptive systems theory, they analysed how team dynamics and information sharing in meetings can be a measure of team effectiveness.

Marcella Hoogeboom, assistant professor at the University of Twente, explores how team dynamics affect team performance and seeks to answer the question: why is that some teams show high levels of learning and are very effective, while other seemingly similar teams are less effective? Her work has been inspired by complex adaptive systems (CAS) theory, which investigates how teams interact with each other in the context of various types of tasks. It finds that the nature of team interactions changes as the types of tasks vary.

Dr Hoogebooms’ research is based on the belief that the way in which teams function is more complicated than simply aggregating their parts. Teams are adaptive systems and entities that change how they operate based on the context they are operating in. Using video recordings she examines team dynamics and real-time behaviour in team meetings. The team interaction patterns, that consist of minute behaviours, observed on film, are subsequently coded and analysed to delve deeper into team behaviour, deriving insights into team effectiveness and performance. 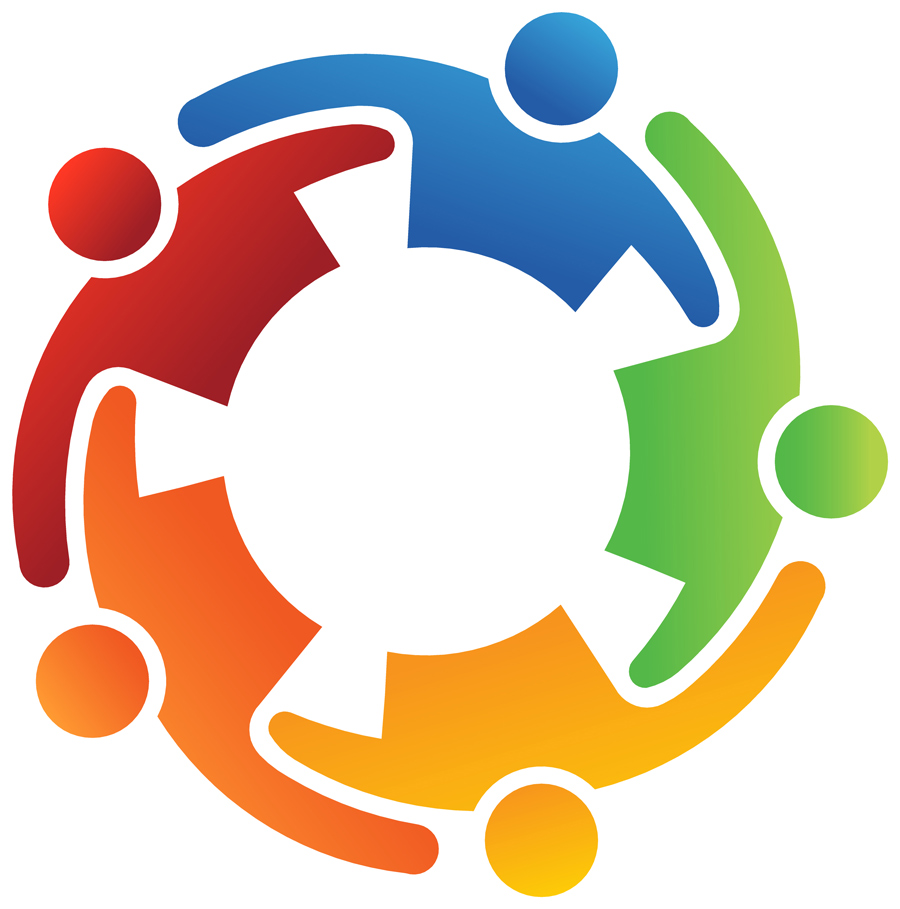 A complex adaptive systems approach
While a substantial amount of business management research has focused on leadership attributes, Dr Hoogeboom believes that there is a lack of analysis into behavioural interactions of leaders and their teams in the meetings which are such a regular feature of working life. She argues that the task context is an important and neglected parameter of teams’ analysis and that team interaction patterns (the behaviours that evolve and occur periodically so they can be considered a recurring pattern of behaviour) and team information sharing differ depending upon the type of task a team is working on. Different patterns are seen when teams are dealing with routine tasks (e.g. regular administrative activity), versus nonroutine tasks (e.g. a new strategic problem that the team must address).

Dr Hoogeboom wanted to expand the literature on CAS theory by going deeper into the impacts of team interaction patterns, how they affect team effectiveness and what impact the routine or nonroutine nature of the task at hand has on this. Taking a CAS approach provides an effective system for analysing recurring behaviour patterns.

The dynamics of team interaction heavily influence
the performance of a team.

Exploring team meetings and micro-behaviours
In Dr Hoogeboom’s latest study, 96 individual teams in a large public sector organisation in the Netherlands were analysed. The teams comprised 1,395 members involved in financial administration data processing. The sample included meetings of teams working in both a routine task contexts and nonroutine task context.

Micro-behaviours were grouped into four meta-categories, or bigger conglomerates of behaviours that include similar type of specific behaviours, based on current leadership theory literature; whether the communication was transactional, entailing communication that is focused on setting performance expectations and goals and correcting deviations when performance levels are not being met, whether it was transformational, meaning communication which involves encouragement, inspiration and motivation to innovate or create change, or an initiating structure type behaviour, meaning task-based communication, or whether it represented counterproductive behaviour.

Using theme pattern recognition software to analyse the results, team interaction patterns were identified. In total, 110,635 behavioural events were coded, and 7,879 behavioural patterns noted. As Dr Hoogeboom suggests, “this indicates that teams tend to engage in much patterned behaviour, that is patterns of team behaviours that are constantly recurring while interacting with others, although they are often not aware of it. Creating more awareness of the patterns of behaviour can enhance the teams’ understanding of how to become more effective.”

Notably, the study highlights how critical it is for teams working in highly nonroutine or knowledge-intensive type tasks should avoid engaging in recurring patterns of behaviour; this will reduce the effectiveness of information sharing, and therefore performance, over time. The results showed that in these teams of knowledge workers, a high participation level from all members when they are interacting (e.g. more frequent shifts in who is speaking) supports greater information sharing and higher performance.

Importance of team information sharing and interaction
Notably, this research highlights the importance of team information sharing and team interaction as key indicators for overall team performance and effectiveness, suggesting why some teams perform better than others. Dr Hoogeboom proposes that behavioural coding through a “meaningful taxonomy” contributes to our understanding of what behaviours occur when team members interact with one another. She says: “Team members tend to tailor their interactions to the nature of the work at hand. In a nonroutine or knowledge-intensive task context the effects of routinised or more rigid and recurring forms of interaction are even more detrimental for the amount of information sharing and performance. High levels of participation or team member switches during team meetings are even more important in a nonroutine team task context.”

The most effective teams primarily have interaction patterns that are characterised by task-directed behaviours, such as information sharing and monitoring.

Dr Hoogeboom’s video-based examination of real-time behavioural data on team interaction in the light of complex adaptive systems theory provides significant insight into what makes a team more than just a group of employees. It shows the importance of team interaction for overall team effectiveness. She comments: “We show evidence in this study that participative team interaction patterns are associated with a team’s extensive sharing of information and, in turn, with team effectiveness in both routine and nonroutine task contexts.”

Practical application of the findings
Dr Hoogeboom’s findings provide vital insights for enhancing team training and development programmes; they provide a system for how to build and sustain a high-performance team depending upon the specific task context. Developmental programmes can be targeted at employees based on the roles that they perform, and what interaction patterns will best support high performance in that environment. For example, specific training can be offered on the task-directed patterns of interaction that we know lead to higher performance levels. 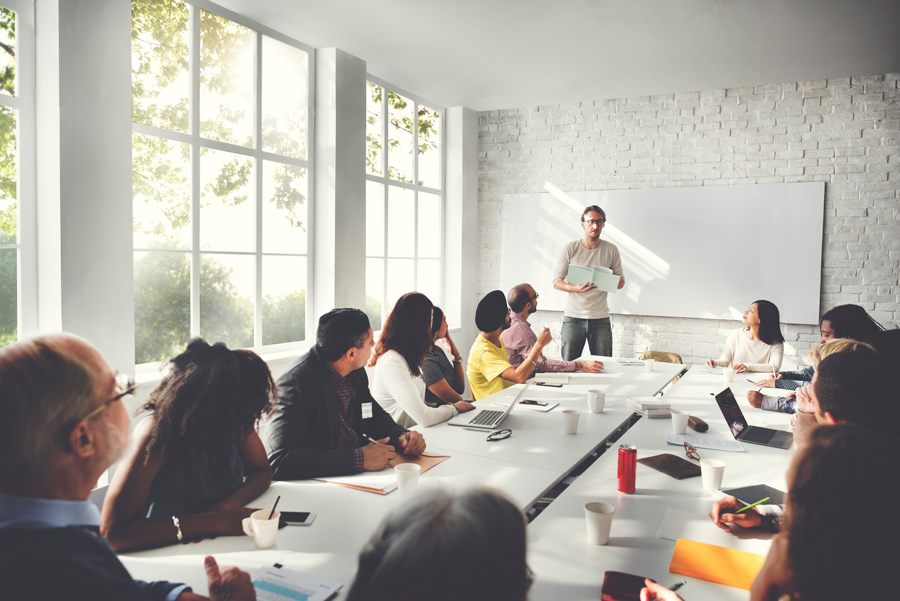 Her findings provide critical insights for the leaders of teams, who need to understand the significance of team information sharing and their recurring patterns of interaction, if they wish to reach high performance standards. Leaders of teams who perform nonroutine work need to be creative in keeping their information sharing mechanisms feeling fresh, new and therefore more effective. Leaders can also be coached on how best to encourage high participation levels from their team members based on the study’s findings, so that no team member feels ‘out of the loop’. Leadership training interventions can support leaders to be more agile and adaptive so that they can role model and facilitate effective ways of interacting for their teams.

Leaders and team members as well as coaches can use Dr Hoogeboom’s system of behaviour coding to assess their individual interactions and how these are supporting or detracting from the team’s performance. This is because the codebook specifically includes behaviours that can be actually observed in a workplace environment.

She concludes: “The study shows that teams who can adapt quickly and who are more flexible or open toward each member’s input, especially when working in a nonroutine or knowledge intensive task context, exhibit higher levels of performance.”

Your study provides significant insight into the micro-behaviours of team members in meetings and how this is linked to team effectiveness. How do you define “team effectiveness” and can it also vary according to routine or nonroutine tasks?

Thus, we captured the overall idea or perception of team members about how the team performed (rather than using objective indicators of whether the team accomplished specific goals). The perceptual measure can be used in both a routine and nonroutine task context as the teams’ specific goals and key performance indicators were not comparable across the different task contexts within this organisation.

What team communication can tell us about team effectiveness was last modified: October 6th, 2020 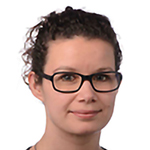