Health & Medicine
For thousands of years, cannabis has been used to treat pain. Now, with medicinal cannabis legal in some places, the drug might prove to be a viable alternative to opioid pain killers. Dr Alex Bekker and colleagues at Rutgers New Jersey Medical School, Newark, USA, is investigating how cannabis could be used to ease the pain associated with opioid addiction and withdrawal. The team also assessed the safety of medicinal cannabis, an essential step towards allowing the potential of this treatment to be realised.

Chronic pain can be enormously debilitating, for the individual, for healthcare systems, and for society as a whole. Estimated to affect as many as one in five adults, chronic pain is usually defined as pain that persists for more than 12 weeks. By definition, chronic pain is challenging to treat. Acute pain – resulting from an injury or short-term illness, for example – can be treated with a wide variety of medications. Chronic pain, however, is less responsive to many drugs. Opioids, such as morphine or fentanyl, can help to tackle chronic pain, but are accompanied by a serious risk of addiction. Currently, addiction to prescription opioids is thought to affect over 2.1 million people in the US alone. The need to find an effective alternative to opioids grows more urgent every day. One possible solution could be found in a drug with a long and complicated history: cannabis.

New challenges for an ancient medicine
Cannabis has been used for medicinal purposes for thousands of years. The Cannabis genus of plants includes several different species and probably arose in Central Asia, before spreading as far as Europe. In ancient China, cannabis plants were used for food and medicine, and the fibres woven into cloth. In the west, although cannabis is often associated with the cultural changes of the 1960s, the drug has been around for far longer: seeds have been found at the location of a 10th-century Viking settlement in the UK.

Cannabinoids – the naturally-occurring chemicals in the cannabis plant – can also bind to the body’s cannabinoid receptors. There are over a hundred cannabinoids, with many different effects on the human body. One of these effects is analgesia, or pain relief. Over the past forty years, a large amount of research has focused on the analgesic properties of cannabis, with the aim of harnessing these abilities in the form of treatments for chronic pain.

Is cannabis an effective substitute for opioids?
Dr Alex Bekker of Rutgers New Jersey Medical School is an expert in pain control. In recent years, Dr Bekker and his colleagues have focused their attention on the ways in which cannabinoids can reduce pain. There are many possible routes by which cannabis might alleviate chronic pain. The team are particularly interested in the interactions between opioid and cannabinoid systems in the body. Previous research has shown that cannabis could lessen the need for opioids in chronic pain treatment. In particular, cannabinoids could help to lessen the side effects of opioids and the severe impact of opioid withdrawal.

The areas of the central nervous system that transmit pain signals around the body have been found to harbour a high concentration of cannabinoid receptors. Dr Bekker and his team have discovered that cannabinoid receptors are also found in a part of the brain called the lateral habenula. The lateral habenula is unusual, in that its neurons, or nerve cells, respond to visual stimuli that suggest a negative event or predict an absence of reward. Significantly, this research has revealed that pain experienced during opioid withdrawal is linked to increased activity of the lateral habenula.

People struggling with opioid addiction can sometimes experience a condition called hyperalgesia, which produces a heightened sensitivity to pain. This happens when the pain receptors of the nervous system become abnormally sensitive in response to opioid over-use. Unfortunately, hyperalgesia can drive the person to use ever-increasing quantities of the drugs in an attempt to alleviate their worsening pain.

Cannabis could prove to be an effective way to help people hoping to escape opioid addiction.

Dr Bekker and his colleagues have shown that cannabis activates cannabinoid receptors in the lateral habenula, which dulls the activity of this part of the brain. The result is a lessening of hyperalgesia. Not only does this reduce the pain experienced by those individuals suffering hyperalgesia or going through opioid withdrawal, it also means that they are less likely to seek out more opioids as their pain escalates. In this way, cannabis could prove to be an effective way to help people hoping to escape opioid addiction.

Medicinal cannabis may be effective, but is it legal?
While cannabis looks likely to be a helpful tool in tackling the opioid addiction epidemic, its legal status cannot be ignored. However, in many countries there is a general move towards legalisation of cannabis for medicinal purposes. In the US, cannabis may be used for medical purposes in 33 states. In the UK, the prescription of medical cannabis was legalised 2018, although in reality the use of the drug for this purpose remains extremely rare.

In US states where medicinal cannabis is legal, there have been signs that the tide of the opioid epidemic is beginning to turn. In these areas, both opioid prescriptions and opioid overdoses have fallen since the legalisation of cannabis. The positive effects of medicinal cannabis may not even be limited to opioids: in some places, use of anti-depressants, anti-inflammatories, drugs to treat sleep disorders and other medications is in decline. Yet, as the use of medicinal cannabis become more mainstream, it is vital to ensure that this form of treatment is as safe as possible.

The safety of medicinal cannabis
The second important aspect of Dr Bekker’s work focuses on assessing the safety of medicinal cannabis. Given the cultural weight of the varying views and opinions on the use of cannabis, it is vital that the safety of the drug in medicine rests on sound scientific fact. Results so far are promising. Based on extensive literature reviews and meta-analyses, Professor Bekker and his team believe that the majority of cannabis users will suffer no serious adverse effects. In stark contrast to many other recreational drugs, no deaths have yet been reported as a direct result of cannabis use.

Nevertheless, doctors will continue to be cautious when prescribing medical cannabis. Dr Bekker advises that cannabis is unsuitable for patients with certain conditions, including some psychiatric and cardiovascular illnesses. Cannabis should be used in the setting of a continuous, close relationship between doctor and patient, with treatment plans adapted as necessary.

For thousands of years, people have known that cannabis can relieve pain. Now, physicians and scientists understand how. With this knowledge, which is constantly expanding as new discoveries are made, cannabis could shed the burden of its past (and its reputation) to reach its potential as a modern medical treatment. If this happens, some of the millions of people around the world who suffer from chronic pain could find relief – and be free of the risks of opioid dependence.

Are there any specific conditions in which cannabis is particularly effective, or ineffective, in relieving pain?

<> Cannabis is known for its role in the management of neuropathic pain as well as other chronic pain syndromes (cancer-related pain), but only mildly effective for the treatment of acute pain conditions. Adverse effects are generally mild and well-tolerated. The experience of chronic pain is not merely physiological but also has psychological and social components. Our experience suggests that cannabis might target the affective aspects of pain via its anti-anxiety effects. In other words, cannabinoids positively affects a patient’s perception of pain and improves coping mechanisms. 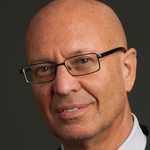 Alex Bekker is Professor and Chairman of Anesthesiology at Rutgers New Jersey Medical School. An internationally recognised expert in perioperative medicine he is frequently invited to speak at Grand Rounds and Scientific Panels. Dr Bekker has authored 120 peer-reviewed publications, 6 US patents, 50 educational reviews, and more than 200 abstracts. He was PI of numerous clinical trials, including studies sponsored by the National Institute of Aging. Dr Bekker serves on the editorial board of several peer-reviewed journals. In 2016, he was asked to Chair NJ Department of Health Medicinal Marijuana Review Panel.

2 thoughts on “Cannabis: Offering hope of a breakthrough in chronic pain treatment”