Health & Medicine
Neuroendocrine prostate cancer (NEPC) is a highly aggressive variant of prostate cancer that emerges in response to hormone therapy. Dr Sharanjot Saini and her staff, from the Medical College of Georgia at Augusta University, USA, are studying exosomes – nano-sized vesicles that transfer lipids, proteins, or genetic information between cells. These could be used as a source of biomarkers to provide a timely diagnosis of NEPC among prostate cancer patients. This has the potential to inform clinicians about treatment options and improve patient clinical outcomes.

Prostate cancer (PCa) is the most common malignancy among male cancer patients and one of the leading causes of mortality in men. Since PCa growth is dependent upon androgens – male sex hormones – the goal for first-line therapy of prostate cancer is to block androgen-signalling pathways by inhibiting hormone binding to the androgen receptor (AR). This classic approach initially improves the clinical presentation of the disease by halting the spread, and reducing the size, of the tumour. Unfortunately, for reasons that are not fully understood, cancer cells can adapt to the downregulation of androgen signalling. As a result, in a significant number of cases, PCa progresses to what is known as castration-resistant prostate cancer (CRPC).

Treatment options for CRPC include chemotherapeutics such as Enzalutamide and Abiraterone, which are initially effective at inhibiting the AR-dependent tumour progression. Eventually, however, resistance mechanisms start to emerge, allowing the tumour to evade therapeutic action and resume its uncontrolled spread. One way by which tumour cells bypass the effect of therapy is to differentiate into ‘neuro-endocrine’ tissue, converting to a new variant known as neuroendocrine prostate cancer (NEPC). 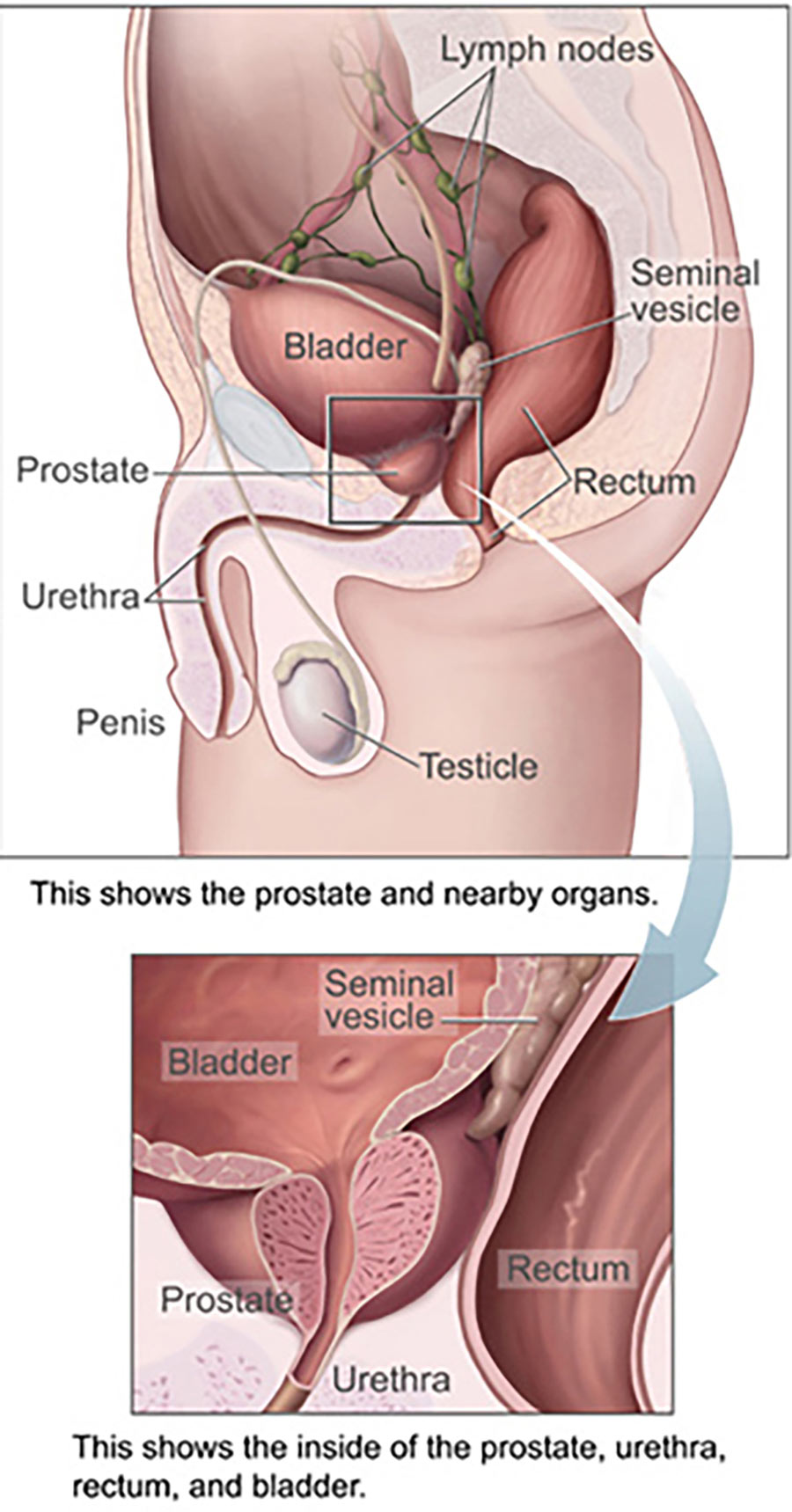 Dr Sharanjot Saini and her staff from the Medical College of Georgia at Augusta University focus on harnessing the potential of exosomes – nano-sized vesicles released by cells – as a source of novel, non-invasive biomarkers for diagnosing NEPC. The exosome biomarkers can be used as a molecular tool to discriminate between different degrees of therapy-resistant prostate cancer and guide clinicians in making informed decisions regarding effective treatments.

The development of ‘liquid biopsies’ to monitor cell differentiation
NEPC is highly aggressive and often underdiagnosed because of the lack of sufficiently specific markers. Usually, clinicians monitor the levels of a protein called prostate-specific antigen (PSA), which tend to increase when hormonal therapy stops working. NEPC, however, is harder to identify and monitor, as it arises via a cell-reprogramming mechanism of neuroendocrine differentiation (NED). This means that NEPC cells exhibit characteristics of neuroendocrine cells, such as neuronal markers. The cell reprogramming results in extensive soft-tissue metastasis, even when there are low blood levels of PSA. Currently, measurement of high expression levels of neuronal markers such as enolase 2 (ENO2), chromogranin A (CHGA) and synaptophysin (SYP) are used to monitor therapy-induced NEPC. These markers, however, lack specificity, prompting researchers to look for alternatives. Furthermore, NEPC often manifests in patients with multiple metastases, preventing clinicians from performing biopsies that yield conclusive results. For the reasons above, NEPC has very poor prognosis, with a five-year survival rate of less than 20%.

Exosomes have recently emerged as a source of non-invasive disease biomarkers that can be detected in blood or urine samples, a feature that makes them suitable for liquid biopsies. Exosomes are vesicles that are derived from the plasma membrane and are involved in the transfer of lipids, proteins, or genetic information between neighbouring cells. The rationale behind analysing exosome samples is that cells use these vesicles to selectively package functional biomolecules, which are often reflective of the physiological and pathological state of the originating cells. The exosomes secreted by cancer cells are often involved in the cell-to-cell communication pathways occurring during malignant growth and can often reveal important information about cancer stage and progression.

Exosome biomarkers can be used as a molecular tool to diagnose therapy-resistant prostate cancer.

The role of micro-RNAs in the development of drug resistance
Saini and her team have previously shown that the progression of advanced CRPC is associated with a series of miRNA alterations in PCa tissues that lead to PCa gene expression patterns towards NEPC. Expanding on their previous work, as well as on that conducted by different laboratories, Saini and her collaborators recently reported the identification of novel, non-invasive, exosome-based miRNA/protein biomarkers for diagnosing drug-induced neuroendocrine differentiation in patients affected by prostate cancer. They published their results in late 2020, after undertaking a systematic investigation of the key miRNA alterations that are associated with the progression of advanced CRPC to therapy-induced NEPC. To explain their observations, the researchers propose that exosomal miRNAs drive intercellular communication, triggering a series of critical alterations in target cells and resulting in rapid growth and spread of tumour.

For their 2020 study, Saini and her team of researchers purified exosomes from CRPC patients and examined their microRNA content by next generation sequencing (NGS). The genetic profiling allowed them to identify significant dysregulation of 182 known and four novel miRNAs in the exosomes of tumour tissues undergoing neuro-endocrine differentiation. The researchers also analysed the protein content of exosomes from drug-resistant prostate cancer cell line and neuroendocrine prostate cancer cell line, detecting several dysregulated proteins associated with enzalutamide resistance/NEPC. The team showed that the protein expression dysregulation affected several metabolic pathways and cellular processes, including protein folding, extracellular matrix organisation, and apoptosis.

Clinical applications and future perspectives
Understanding the molecular mechanisms behind NED is key to achieve earlier diagnosis and better prognosis for NEPC and to increase the effectiveness of therapies. As the 2020 publication shows, the researchers successfully identified for the first time a characteristic set of miRNA alterations that are needed for the most aggressive form of prostate cancer to grow uncontrollably. Current biomarkers are based on morphologic criteria alone and lack specificity for NEPC. In their studies, the researchers at the Saini laboratory reported for the first time a robust ‘miRNA- based classifier’, translatable to the clinic, for effective diagnosis of treatment-induced NED in CRPC patients. This first-of-its-kind miRNA classifier is clearly advantageous over other molecular classifiers because of the stability and ease of detection of miRNAs. The main peculiarity of the miRNA-based classifier is that it can distinguish between a less-advanced state, known as adenocarcinoma, and the more aggressive neuro-endocrine carcinoma state of PCa. Saini and her team also demonstrated that the induction of NE states by specific miRNAs correlated with androgen receptor repression and that future studies could identify further neuroendocrine differentiation mechanisms.

The team showed, for the first time, that induction of therapy-induced NED in advanced PCa is associated with significant alterations in miRNA and protein cargo in exosomes. These alterations can be exploited for non-invasive monitoring of therapy-induced NED in CRPC patients. Further studies will be needed with a focus on increasing the numbers of CRPC neuro-endocrine samples analysed. Upon further validation, the exosome markers can be employed by clinicians for identifying cellular transformations that can lead to aggressive tumour spread in CRPC patients, providing a more timely diagnosis of NEPC, guiding treatment options, and improving clinical outcomes and survival rates. The team also hopes that the miRNAs identified could be exploited to guide future studies that look into discovering novel NEPC therapeutic targets.

When do you think your miRNA-based classifier system will be available as a widely available diagnostic tool?
For the miRNA-based classifier to be available as a diagnostic tool, future validation studies with larger clinical cohorts are warranted. We believe that upon further validation, these markers can be translated to the clinic for diagnosing NED in CRPC patients and predicting response to androgen pathway inhibitors that is currently challenging.

Exosome microRNAs as liquid biopsies for the monitoring of prostate cancer was last modified: December 29th, 2021 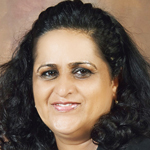 Dr Saini is an Associate Professor based at the Medical College of Georgia at Augusta University. Her lab focuses on studying the mechanistic basis of aggressive prostate cancer, with a long-term goal of identifying novel biomarkers and targeted therapies against advanced disease.

Dr Saini’s lab focuses on harnessing the potential of exosomes as a source of novel cancer biomarkers and for engineering novel therapies against prostate cancer.