Physical Sciences
As our technological advancements continue, scientists are beginning to turn what was science fiction into reality. Concepts such as terraforming and travel between stars are becoming more achievable, giving life to the dream that one day we might colonise other planets. Directed panspermia is one method of altering a hostile, uninhabited planet to a more Earth-like environment, and Cork Institute of Technology’s Professor Roy Sleator and Dr Niall Smith propose that synthetic DNA may be the most efficient approach.

Inter-planetary travel. Terraforming. Synthetic DNA. These all sound like plot points from classic science fiction novels, but everyday science is closing the gap between concepts that were once reserved for fantasy and research marking the boundaries of human development. The idea that humanity might one day leave Earth and colonise planets across the galaxy is an inspirational dream that is rapidly becoming a reality, thanks to the cutting-edge developments across a variety of scientific disciplines.

One such discipline is astrobiology, which is the intersection of biology and physics. The genetic makeup of life on Earth is controlled by the double helix of DNA. Since its discovery biologists have been researching exactly how to decode this helix to extract the information within to understand how it controls the physical attributes of life. We have successfully sequenced our own genome, and gene editing is common within research. Whilst biologists study the microscopic, physicists search for entire planets beyond our solar system. As telescope and remote sensing techniques improve, they can study planetary bodies, identifying their atmospheric and surface conditions. Astrobiology brings these two focuses together as researchers look at the origins of life on Earth, as well as looking for evidence of life on other planets.

Prof Roy Sleator is a molecular biologist at the Cork Institute of Technology in Ireland. He works together with Dr Niall Smith, astrophysicist at Blackrock Castle Observatory, and the researchers are particularly interested in planets beyond our solar system that may support life. As Earth’s population grows and resources become stretched, scientists are looking to both nearby planets and those that have been discovered throughout the galaxy as potential locations for the spread of humanity among the stars.

Scientists could create a synthetic microbial colonist that would be perfectly designed for the environment on an exoplanet.

Identifying exoplanets
The Earth orbits our Sun at a perfect distance to support life (the habitable zone). There are no extremes of temperature, and its location means it is neither too hot nor too cold for liquid water, the only planetary body in our solar system where this is found. The other planets and moons have been well studied, but all appear absent of life or liquid water and would not be capable of supporting humans. Mars perhaps holds the most potential as a planet for human habitation, albeit within carefully controlled artificial environments as its atmosphere and extreme temperatures make it deadly for us to step outside without protection.

If the planets within our solar system are unable to support life, what about planets beyond these limits? In the early 1990s, the first exoplanet (a planet outside of our solar system) was confirmed. As telescope technology improved, scientists have discovered approximately 4,000 exoplanets within the Milky Way galaxy and many more potential planets waiting for confirmation. Scientists are analysing the conditions on the surface of these planets and their atmospheres, hoping to find one that supports a similar environment to Earth.

Terraforming a planet
Despite this abundance of planets throughout the galaxy, very few are orbiting their stars within the habitable zone that would allow the presence of liquid water. Most recently, NASA’s Transiting Exoplanet Survey Satellite discovered its first Earth-sized planet inside a habitable zone, following on from earlier discoveries of Earth-sized planets, such as those in the TRAPPIST-1 system and findings from the Kepler Space Telescope. While planets that sit inside the habitable zone around a star have the potential to house environmental conditions ideal for life, the chances of finding a planet that is already perfect for specifically human life are slim. Terraforming may be the answer to this problem.

Terraforming is the artificial shaping and modification of a planet or moon. The process aims to alter an inhospitable environment so that it can become habitable for humans. This includes changing features such as its atmospheric chemistry, topography and temperature so that it can support Earth life. This level of planetary engineering, for example using orbiting solar mirrors to warm a planet’s surface, or subjecting a planet to impacts from comets, is expensive and itself requires vast resources. It would also take 1,000 years or more for a planet such as Mars to warm to a temperature similar to Antarctica.

Bioforming a planet
There is an alternative method for altering a planet’s environment. Prof Sleator and Dr Smith suggest that bioforming provides a faster alternative for planet-wide alterations. Here, genetically engineered organisms can be introduced to an inhospitable planet. These cells could gradually modify the surface environment and atmosphere through processes such as excretion of gases or production of proteins whilst utilising whatever materials are available on the planet surface. Ultimately, they could create an environment more suitable for complex forms of life and habitable by humans. This seeding of a planet with life is known as directed panspermia.

Nanocraft could travel at 20% the speed of light, making the journey to Proxima Centauri in just 20 years.

Molecular biologists are already well versed in manipulating DNA in simple organisms such as bacteria and viruses. Using various techniques, scientists can find specific DNA code inside a cell and remove or alter it. This enables us to treat and prevent diseases, correct genetic defects and improve crop yields.

Scientists are constantly learning more about the environmental conditions on exoplanets, and as telescope technologies improve, it will be possible to make accurate analyses of the atmospheric and surface conditions on distant bodies. Once we know more about a planet, Prof Sleator and Dr Smith propose that simple biological organisms already found on Earth could be tailored for survival in specific conditions using genetic engineering techniques. There have also been successful examples of completely synthetic DNA made from digitised genome sequences. Whilst scientists are within the earliest stages of synthetic biology and digitally designing a complete microbe, the research team suggest this method would ultimately be the most successful for the creation of the earliest colonisers. Using millions of computer simulations based on the known planetary conditions, scientists could create a synthetic microbial colonist that would be perfectly designed for the environment on an exoplanet.

Travelling across the stars
As a species, we are only beginning to travel away from our home planet. We have successfully landed on the Moon, the closest planetary body to us, we are just beginning to explore Mars in detail using rovers, and probes have flown past all major planetary bodies. The Voyager 1 and 2 probes, launched in the 1970s, are currently the only man-made objects to reach interstellar space outside of our solar system.

The distances across space are almost too vast to comprehend. Proxima Centauri is our closest star at 4.2 light years from Earth. Its orbiting exoplanet within the habitable zone, called Proxima b, is a potential candidate planet for colonisation. It would take the Voyager 1 probe around 73,000 years to arrive at this planet at its current speed.

Human ingenuity is constantly expanding our technological horizons, and Prof Sleator and Dr Smith propose use of an alternative method for interstellar travel. The tailored organisms that will begin bioforming an exoplanet are extremely small in size, visible only with microscopic equipment. This tiny payload would not require a large probe or spacecraft to carry it but could arrive at an exoplanet via a nanocraft. The “Breakthrough Starshot” programme, founded in 2016 by Yuri Milner, Stephen Hawking and Mark Zuckerberg, aims to design lightsail nanocraft capable of crossing vast space distances faster than anything we have so far achieved. At around a centimetre in size, these micro-spacecrafts contain everything required for interstellar travel including antenna, solar cells and a radio. They are powered with a lightsail, a 4-metre sized square that would be propelled by Earth-based lasers. These tiny crafts would be capable of travelling at 20% the speed of light, making the journey to Proxima Centauri in just 20 years.

Precious cargo
Whilst synthetic DNA and tailored organisms may hold the key to bioforming planets for human habitation, they also provide an important big data storage facility. Information can be digitally broken down into binary code, which scientists can then translate into the base sequence of DNA using the four DNA bases: adenine, guanine, cytosine and thymine. It is the sequencing and bonding between these bases that form our unique genetic coding. Converting information into genetic code means that DNA can also function as a big data storage medium. 1 kilogram of DNA has the potential to store all the world’s data. This provides us with an alternative information store that could be easily carried across the stars on a nanocraft, perhaps to one day be intercepted by another form of life or to act as a record of humanity long after we are gone.

What first sparked your interest in using synthetic biology for bioforming planets?

<> Synthetic biology has provided us with the tools to create life, while advances in propulsion technology and space travel allow us to reach farther than we have ever done before. Combining these tools allows us to not only discover new worlds, but to create them too! 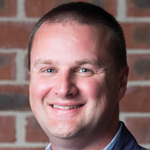 Professor Roy Sleator graduated from University College Cork with a BSc in Microbiology, an MA in Education and a PhD in Molecular Biology. He also holds a DSc (Higher Doctorate) from the National University of Ireland, a PGCert in Bioinformatics from The University of Manchester and an MBA from Anglia Ruskin University. 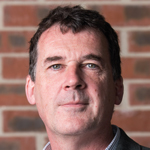 Dr Niall Smith holds a PhD in Astrophysics from University College Dublin. He is Head of Research at CIT and Head of the Blackrock Castle Observatory.

Prof Sleator and Dr Smith use synthetic biology approaches to design cells and life forms that could potentially grow and survive on distant planets.