Health & Medicine
Professor Alexander Steinkasserer is based at the Department of Immune Modulation, University Hospital, Erlangen. His research interests are focused on the immune system, with the long-term aim to develop new therapeutic strategies for patients suffering from autoimmune disorders or in need of transplantation. Along with his colleagues at the department of Immune Modulation, Professor Steinkasserer has shed much light on the involvement of a protein, CD83, in regulating immune responses.

Immune responses are constantly being monitored by the body; an excessive immune response can lead to accidental damage of the body’s own tissues but a response that is too weak will fail to fight off the threat composed by pathogens like bacteria/viruses or cancer cells. This process involves subsets of immune cells which are regulatory, pro-inflammatory or anti-inflammatory.

One cell type which is constantly sampling its surroundings on the lookout for danger is the dendritic cell (DC). DCs play a crucial role in presenting small parts of pathogens, called peptide-antigens, to immune cells called T cells. These antigen presenting DCs decide whether a pathogen is potentially dangerous or not and instructs the T cells whether it is appropriate to mount an immune response against it or not. One of the most characteristic cell surface markers for mature DCs is a protein called CD83. Recently, several studies revealed that CD83 plays a critical role in controlling and resolving immune responses.

The role of CD83
In addition to DCs, the CD83 molecule has been identified on the surface of numerous activated immune cells, including B and T cells, regulatory T cells, monocytes, neutrophils as well as microglia.

CD83 exists in two isoforms, a membrane bound (mCD83) and a soluble (sCD83) form. The membrane bound form of CD83 is vital for the development of so called CD4+ T cells in the thymus, the soluble form has potent immune modulatory effects, necessary for proper resolution of inflammation. In addition, mCD83 is an essential factor for the development and maintenance of tolerance.

CD83 has also been used as a marker for B cells, the immune cells which produce antibodies. Indeed, studies have shown that CD83 expression correlates with B cell activation and is up regulated after the B cell interacts with other cells. If CD83 is specifically deleted from B cells, then these CD83 deficient B cells show a defect in their activation and an impaired proliferation. This suggests that CD83 has a role in B cell immune responses, as well as T cell immune responses.

However, the identification of molecules which interact with CD83, as well as the signalling pathways through which it acts, have been an enigma for the last decade and thus, both isoforms have been the subject of intensive research over the last few years. It is these immunomodulatory properties that Professor Alexander Steinkasserer, Department of Immune Modulation, University Hospital, Erlangen, seeks to explore further.

CD83 and immune tolerance
It has been noted that CD83 has the ability to maintain the balance between tolerance and inflammation when the body remains healthy, or when it needs to fight off disease. Immune tolerance is a term used to describe the prevention of an immune response against a particular antigen, a foreign substance with the potential to elicit an auto-immune response. For example, the immune system is generally tolerant to self-antigens and so does not usually attack the body’s own cells and tissues.

CD83 is also expressed by a group of immune cells which contribute to controlling immune responses and are important in maintaining immune tolerance. Regulatory T cells or Tregs help prevent autoimmune diseases, suppress allergy and asthma and limit/prevent the level of damage done to the body by autoreactive immune responses.

Professor Steinkasserer’s group has shown that CD83 expressed by Tregs is essential for the differentiation and stability of these cells and thereby plays an important role in the resolution of inflammation. Interestingly, Tregs without CD83 show highly proinflammatory characteristics, which in animal models correlated with increased autoimmunity and impaired resolution of inflammation.

Viruses target CD83
Moreover, specific viruses, such as HSV-1, HSV-2 or HCMV prevent recognition by the immune system by specifically targeting CD83 surface expression, thereby inducing a viral immune escape mechanism. Thus, if something is important a virus will know about it.

Therapeutic potential
The immunomodulatory properties of CD83 emphasise its therapeutic potential, which has been applied to several specific human disease models, including models for multiple sclerosis, rheumatoid arthritis, uveitis and inflammatory bowel disease. Alongside other research groups, Professor Steinkasserer has used preclinical transplant models to show that sCD83 inhibits rejection of organ transplants including heart, cornea, skin and kidney transplants. Thus, sCD83 is a promising therapeutic option for combating autoimmune diseases and reducing the risk of transplant rejection. It does this via the induction of regulatory mechanisms, including Tregs and tolerogenic dendritic cells.

One such example is the role of CD83 in rheumatoid arthritis. Rheumatoid arthritis is an autoimmune disease where there is a loss of tolerance to self-antigens and a consequent inflammatory response against the body’s own cells and tissues. Current treatments aim to block substances which cause inflammation, but only a fraction of patients respond to these therapies. Therefore, more effective approaches are needed to allow long term remission, or even cure of rheumatoid arthritis.

…administration of sCD83 significantly delays rejection of transplants in rodent models, and in some cases, prevents rejection entirely.

Research carried out by Professor Steinkasserer and colleagues using a mouse model of arthritis, demonstrated that sCD83 strongly reduced the levels inflammation, as well as inhibiting the amount of damage done to joints. The underlying mechanism for this is proposed to be an expansion of Tregs, which sCD83 contributes to in an indoleamine 2,3-dioxygenase-dependent manner.

Transplantation
Despite the range of immuno-suppressive drugs available, transplanted organs are often rejected by the recipient’s immune system. Professor Steinkasserer highlights several studies which show the potential benefit of CD83 in preventing rejection of transplanted organs. For example, administration of sCD83 significantly delays rejection of transplants in rodent models, and in some cases, prevents rejection entirely.

Effects of CD83 deletion in Tregs
CD83 expression is essential for Treg differentiation and stability. Professor Steinkasserer has provided evidence for this using a mouse model. Mice were deficient in CD83 and due to this, had increased levels of inflammation which failed to resolve, as would normally occur to prevent the inflammation raging out of control.

The potential of CD83
In conclusion, these data reveal an essential modulatory function of CD83 in the immune response. Specific deletion of CD83 in DCs or Tregs causes them to be more active than normal, which can lead to adverse autoimmune responses and impaired resolution of inflammation.

Over the last decades it has become clear that the CD83 molecule plays a very important role in the orchestration of proper immune responses, and subsequent induction of resolution of inflammation. In particular, the membrane bound form of CD83 is vital for the development of T cells and inhibits autoimmunity via the induction of regulatory mechanisms which dampen ongoing or overshooting immune responses. On the other hand, the soluble CD83 protein has great therapeutic potential for managing autoimmune disorders and inhibiting transplant rejection, via the induction of regulatory mechanisms. Thus, future studies must unravel the entire immune regulatory repertoire of CD83 in even greater detail, to further develop the therapeutic potential of the sCD83 molecule.

What do you think the next steps are in translating the potential benefits of CD83 from preclinical to clinical models?

<> To further develop the therapeutic potential of the sCD83 molecule it is necessary to produce it in so called Good Manufacturing Practice (GMP) quality, which is very cost intensive, and to test it regarding its pharmacological properties. Only subsequently can clinical phase I trials be envisaged.

The role of CD83: Autoimmunity, transplantation and beyond was last modified: June 1st, 2020 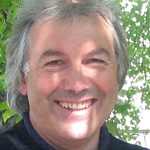 Professor Alexander Steinkasserer (PhD) is appointed Professor at the Friedrich-Alexander-Universität Erlangen-Nürnberg heading the department of Immune-Modulation, at the University-Hospital-Erlangen. His research interests are focused around the immune system, with the long term aim to develop new therapeutic strategies for patients suffering from autoimmune disorders or in need of transplantation.

Steinkasserer, A. (2020). The role of CD83: Autoimmunity, transplantation and beyond Research OUTREACH, (114). Available at: https://researchoutreach.org/articles/the-role-of-cd83-autoimmunity-transplantation-and-beyond/ (Accessed YYYY/MM/DD)