Biology
The work of Dr Jennifer Geddes-McAlister at the University of Guelph investigates the interactions between hosts and pathogens to uncover new treatment options to combat infections. Her lab uses a range of techniques centered around proteomics, the study of proteins, to progress knowledge of fungal and bacterial infections in humans and agricultural crops. The results of this research can be applied to novel treatment approaches to improve human health, and have economic implications for the cereal crop industry.

The recent rise in antimicrobial resistance presents a major threat to human health. Since the early decades of the twentieth century, antimicrobial drugs – particularly antibiotics – have been an effective first line of defence against many infections, from the trivial to the life-threatening. Unfortunately, pathogens are catching up. The result is increasingly widespread antimicrobial resistance.

Antimicrobial resistance occurs when bacteria, fungi or viruses encounter drugs designed to eliminate the pathogen. While most of the invasive organisms are wiped out by the drug, a few might develop mechanisms to avoid being destroyed. As a result, antimicrobials, including antibiotics, antifungals and antivirals, become ineffective and infections cannot be easily treated. The importance of developing alternative strategies for combating these infections is highlighted in the World Health Organization’s ‘Global action plan on antimicrobial resistance’, which includes aims to improve understanding of drug resistance and optimise the use of current treatments.

As drug resistance spreads, there is a pressing need for new antimicrobial treatments. To develop new drugs, we first need to understand more about how pathogens work. Understanding how pathogens infect, survive and reproduce will allow development of specifically targeted therapeutics can be developed.

Discovery-driven proteomics
Dr Jennifer Geddes-McAlister of the University of Guelph is leading research that helps to bridge this knowledge gap. Her work explores the complex interactions between host and pathogen, with the aim of uncovering new treatment options that can be used in the fight against infection.

Dr Geddes-McAlister uses discovery-driven proteomics, also known as bottom-up proteomics, in her research. Proteomics is the large-scale study of proteins within an organism or within a particular biological setting. This type of research uses a variety of different approaches, including mass spectrometry, which provides a powerful tool for profiling and quantifying proteins within cells, organs or tissues. Discovery-driven proteomics begins with using enzymes to digest, or break down, proteins. The protein fragments are then analysed with a mass spectrometer. By identifying the small pieces of protein, the mass spectrometer can infer the existence of specific proteins by piecing together the component parts. In contrast, top-down proteomics uses intact proteins to map protein complexes and targeted proteomics is often associated with identification of biomarkers: molecules specific to a unique biological context or organism.

Dr Geddes-McAlister uses discovery-driven proteomics to measure changes in protein levels under different conditions and in various biological systems. Recently, proteomics has proven to be a useful tool in developing treatments for fungal infections.

Tackling fungal pathogens via proteomics
Fungal pathogens cause a wide array of diseases in humans, ranging from acute to chronic infections. The underlying trigger for onset of infection is often a shift in the immune status of the host; many opportunistic pathogens are harmless until their host is immunocompromised. Although the source and route of infection and resulting symptoms may differ between species, there are worryingly high morbidity and mortality rates associated with fungal invasion.

The rise in antimicrobial resistance presents a major threat to human health.

The successful treatment of fungal infections is challenging. Significantly, many of the molecules targeted by antifungal drugs are also present on human cells. Also, there is a limited selection of clinically effective, non-toxic antifungal agents, and treatment must often be lengthy to be successful. Dr Geddes-McAlister and her colleagues use quantitative proteomics to discover how fungal pathogens interact with their host, and to understand why the host is often unable to clear the infection. This research offers new insight into how fungi cause disease and the mechanisms they use to evade the host immune response.

An interesting example of proteomics in action is the characterisation of a human fungal pathogen called Cryptococcus neoformans, which is most often associated with infection in immunocompromised individuals. Historically, study of C. neoformans has relied on more established techniques, such as genomic analyses. However, recent advances in mass spectrometry and bioinformatic tools and databases offer an opportunity to understand more about the biological processes used by fungi during infection, such as the release or secretion of proteins. Proteomics also provides insight into the regulatory mechanisms critical to disease.

Given the growing emergence of antifungal-resistant strains of C. neoformans, learning more about proteins produced in response to unique environments paves the way for developing alternative treatment routes. Dr Geddes-McAlister has recently both described useful ways to prepare C. neoformans samples, and designed protocols for profiling changes in the proteome. This provides a grounding for future studies to take this work further, one day leading to a deeper understanding of how and why protein production changes throughout fungal infection.

The overall goal of Dr Geddes-McAlister’s research is to identify new strategies to disrupt the interaction between host and pathogen, thus reducing the reliance on antifungals as the only treatment option.

Bacterial pathogens and biomarkers
Dr Geddes-McAlister’s research can also help to tackle other pathogens. Some bacteria, such as Pseudomonas aeruginosa, produce antibiotic-resistant biofilms—a phenomenon where cells stick both to each other and to a surface. In the case of P. aeruginosa, this ability protects the bacteria from destruction by antibiotics commonly used to treat eye infections. Dr Geddes-McAlister and her team recently used quantitative proteomics to successfully identify biomarkers of P. aeruginosa infection of the eye surface, as well as to distinguish between general and site-specific host responses to bacterial infection. The ability to recognise molecules specific to a particular pathogen can be an important step towards the development of new diagnostic tests.

Mass spectrometry-based proteomics has also been employed to investigate the relationship between iron availability and Klebsiella pneumoniae, a bacterium which usually lives in the gastrointestinal tract but which can cause severe infection if spread to other parts of the body. Dr Geddes-McAlister and her research group uncovered a new role of an enzyme called Lon protease in promoting iron balance in bacterial cells. Iron is an essential component of K. pneumoniae survival. Understanding more about how limiting nutrients—like iron—affects bacterial responses could be key to developing future antibiotics.

Protecting crops through proteomics
The versatile techniques used by Dr Geddes-McAlister and her research group can also be applied to agricultural settings. For example, quantitative proteomics can be used to describe the interactions between environmental fungi and economically important crops.

The fungus Fusarium graminearum causes the condition called Fusarium head blight in cereal crops such as wheat and barley. This disease, which can give crops a shrivelled, bleached appearance, leads to the accumulation of mycotoxins (fungal toxins) in the plant. The effects, severely reduced crop sizes and decreased crop quality, can be devastating. Infected crops cannot be sold, causing substantial economic loss. However, if these damaged grains do make it into animal feed, the toxins can be harmful to livestock and poultry. Mycotoxins can also seep into ground water and present a significant threat to human health.

Currently, Fusarium head blight is treated with single dosing antifungals, but this is expensive for growers and provides minimal protection against the accumulation of mycotoxins. Dr Geddes-McAlister’s team are investigating potential new treatments using a systems biology approach, including multiple technologies such as quantitative proteomics, genomics and metabolomics (the study of metabolites, the small molecules involved in metabolism). These cutting-edge methods will allow the team to identify and characterise mechanisms by which plants clear fungal infections and degrade mycotoxins. Specifically, they will study how some crop species are able to survive exposure to F. graminearum, and how these plants defend against accumulation of mycotoxins. An improved understanding of both the mechanisms used by crops to protect against infection, and of the ways in which fungal pathogens invade their hosts, may lead to the discovery of genetic markers that convey resistance to disease. These markers could then be harnessed for use in selective breeding strategies to improve crop yield and quality. 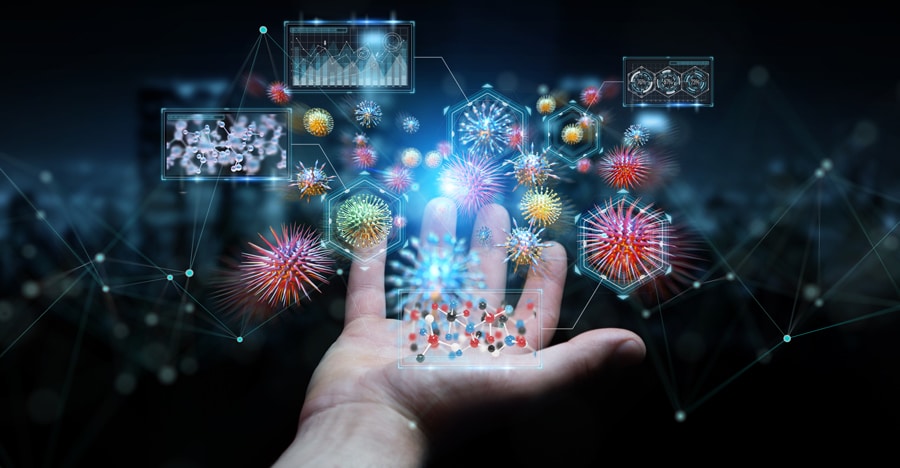 The impact of discovery-driven proteomics
The expertise of Dr Geddes-McAlister and her colleagues in mass-spectrometry based proteomics underlies their ability to apply this technology to a plethora of biological questions. Her team are currently investigating host-pathogen interactions with medical, agricultural and economic importance, with the ultimate goal of discovering new therapeutic options and treatments. Increased understanding of these interactions—and the development of new treatments—will prevent the evolution of drug-resistant pathogens, improve ability to clear infections and ultimately, improve health and quality of life on a global scale.

How do you think the field of proteomics will continue to develop over the next ten years?

<> Over the next ten years, mass spectrometry-based proteomics will continue to benefit from technological and bioinformatic advances while providing novel insights into an array of biological systems. The experimental workflows and data analysis pipelines will become more accessible, promoting the application of quantitative proteomics in new areas of research and providing innovative avenues for therapeutics and diagnostics. 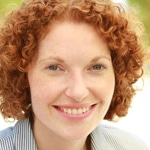