Accumulation of fat in the liver (hepatosteatosis) and muscle (myosteatosis) affects normal physiological functioning, leading to poorer health outcomes. But what is the concurrence of these two conditions in the general population, and are there common underlying mechanisms? Professor Julie Pasco and colleagues at Deakin University and Barwon Health in Australia investigate these metabolic alterations in a population-based study providing vital clinical insight. Their results suggest fat build-up in the liver seems to co-exist with fat accumulation in skeletal muscle, and such individuals are more likely to have sarcopenia (reduced skeletal muscle mass and strength).

In many countries worldwide, there has been an alarming increase in obesity over the last few decades. Obesity carries an increased risk of diabetes, heart disease, high blood pressure, and general poor health. Furthermore, it has a significant economic impact.

An unhealthy lifestyle, including diet and lack of exercise as well as genetic susceptibility, increase the risk of fat building up in our organs. In conditions of excessive carbohydrate, the liver and muscles – both organs involved in controlling glucose levels – convert this carbohydrate into fat. The result can be a marked increase in fat accumulating in the liver (fatty liver) and muscles (fatty muscle).

The work of Dr Julie Pasco, Professor of Epidemiology at Deakin University, Australia, has spanned decades generating a wealth of data from cohorts such as the Geelong Osteoporosis Study (GOS). Several publications stemming from this large study have provided invaluable information on metabolic and musculoskeletal abnormalities in the Australian population. The researcher’s most recent article highlights the association between fatty liver and reduced muscle density in a subgroup of men from the GOS. Demonstrating the relationship between these two conditions does not imply that one causes the other but rather highlights the need to explore commonalities in the underlying mechanisms and consider the effects fatty liver treatments may have on muscle fat accumulation.

An unhealthy lifestyle, including diet and lack of exercise as well as a genetic susceptibility, increase the risk of fat building up in our organs.

The Geelong Osteoporosis Study examined the prevalence of osteoporosis in Australia to gain a better understanding of associated risk factors for fractures. It also evaluated numerous clinical measures, including body composition, anthropometry, and blood markers, among others. Complementing work on osteoporosis, the GOS examined characteristics of sarcopenia (a condition marked by diminished skeletal muscle mass, strength,+ and function). The first baseline visits took place in 1993 with follow-ups spanning nearly three decades. Such rich data enabled reporting on the rates of obesity and the metabolic syndrome, raising awareness of these problems and their associated effects.

The metabolic syndrome is a combination of metabolic abnormalities, including obesity, high blood glucose and lipids, insulin resistance, and high blood pressure. Together, these conditions are risk factors for cardiovascular disease and diabetes. The GOS allowed analysis of such metabolic conditions revealing further associations and manifestations of fatty liver.

Pasco and researchers previously reported changes in body composition measures in men over five years, showing that increased body mass index (BMI) was accompanied by a significant increase in body fat mass and, conversely decreases in bone mass and lean mass (a proxy measure of muscle mass). These findings indicated potential consequences for bone fragility and sarcopenia development. The cohort also revealed reduced muscle density is associated with worse psychomotor function and visual learning in elderly men. This research deepened our understanding of nutrition and metabolism in the general population. Now, a recent analysis provides critical awareness of concomitant fat accumulation in the liver and skeletal muscle.

Hepatosteatosis or liver steatosis refers to fat deposits in the liver and is a hallmark of non-alcoholic fatty liver disease (NAFLD). If worsened, this disease can increase the risk of liver cirrhosis and cancer. A surrogate marker for identifying this is the fatty liver index (FLI), determined using a person’s BMI, waist circumference, and levels of triglyceride lipids and the enzyme gamma-glutamyltransferase. There is a complex interplay between the components of the metabolic syndrome and hepatosteatosis. In addition to occurring in obesity, hepatosteatosis is present in individuals with other metabolic conditions, including insulin resistance, and is a risk factor for the development of type 2 diabetes.

Myosteatosis is the accumulation of fat in skeletal muscle and a component of sarcopenia. Because fat is less dense than muscle, reduced muscle density is used as a surrogate marker for fatty muscle and is assessed using an imaging technique called peripheral Quantitative Computed Tomography (pQCT). Such accumulation of fat in muscles is associated with altered energy processes within cells, decreased protein production and poor muscle function. This resultant muscle dysfunction affects exercise capacity and increases frailty and mortality in affected individuals.

The data indicate the co-existence of fatty liver and fatty muscle.

What do the data say?

A subgroup of 403 men in the GOS was analysed in this investigation and broken down into quartiles based on their FLI. The data showed those in the top quartile with the highest FLI had lower muscle density (as measured in radial and tibial regions, ie, the forearm and lower leg) than their counterparts in the lowest quartile. Furthermore, the likelihood of individuals having sarcopenia was much greater in the highest quartile compared to the lowest quartile, even after adjustment for confounding factors such as lifestyle and age. However, no relationship between FLI and handgrip strength was detected.

The researchers acknowledge limitations of the study, such as the use of indirect measures of hepatosteatosis and myosteatosis and restriction of the sample to men only. However, in this sample from the general population, the data indicate the co-existence of fatty liver and fatty muscle. So, are there commonalities in the underlying mechanisms of NAFLD and sarcopenia? The reasons for the study results are not fully known, but the researchers suggest there could be common pathways and pathological states such as insulin resistance, fat accumulation in non-adipose tissue, oxidative stress, and inflammation. Low-grade chronic inflammation, where fat cells release pro-inflammatory cytokines such as Tumour Necrosis Factor-α (TNF-α), could be a probable mechanism leading to musculoskeletal deterioration. TNF-α has been shown in other studies to associate with loss of muscle and decreased muscle strength.

The GOS produces a plethora of epidemiological data on estimates of obesity, osteoporosis, sarcopenia, nutritional and lifestyle measures, among others. This recent study published in Calcified Tissue International does not prove causation, but these important findings indicate an intrinsic link between liver and muscle fat accumulation and metabolic imbalance. Such co-existence of hepatosteatosis and myosteatosis brings to the forefront the complexity of the pathology driving these conditions and warranting further investigation. Considering known links between metabolic syndrome including alterations in glucose levels and hepatosteatosis, controlling such disturbances in a complicated network could positively affect other aspects within it. From a clinical perspective, the research team suggest individuals diagnosed with NAFLD or abnormal liver function should have muscle performance tests to assess sarcopenia and vice-versa, hepatosteatosis should be investigated in those with reduced muscle density and function. The entanglement of such conditions emphasizes the susceptibility of individuals with co-existent fatty liver and muscle to deteriorating physical function.

How can these epidemiological findings be investigated to understand the underlying mechanisms of these conditions?


It is likely that targeting NAFLD may disrupt the self-perpetuating cascade involved in metabolic syndrome. An extension of this work has the potential to identify lifestyle modifications and new treatments for sarcopenia that target NAFLD. For example, new medications developed for the treatment of diabetes, the SGLT2 inhibitors and GLP1-agonists, have also shown promise in the treatment of NAFLD and may have a parallel role in the treatment of sarcopenia, given the potential for shared pathways. Furthermore, new insulin sensitisers that target mitochondrial pathways could improve metabolic pathways involved in NAFLD, type 2 diabetes, inflammation and oxidative stress. Finally, clinicians should be alerted to and better informed about NAFLD, as its presentation can be asymptomatic at onset, with an early diagnosis yielding benefits in prognosis and improving health.
Co-existence of hepatosteatosis and skeletal muscle fat infiltration was last modified: December 18th, 2022 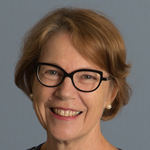 Julie Pasco is Professor of Epidemiology at Deakin University and Barwon Health; Director at the Epi-Centre for Healthy Ageing; Population Health Theme Leader at the Institute for Mental and Physical Health and Clinical Translation (IMPACT). Her population-based research evaluates the progression of chronic metabolic and musculoskeletal disorders and the nexus between physical and mental health.

Professor Pasco and colleagues investigate the concurrence of hepatosteatosis and myosteatosis.

A place of knowledge and connection: Developing a health and wellbeing framework for public libraries
Arts & Humanities
Read This Article
A safer, effective treatment for autoimmune glomerulonephritis
Health & Medicine
Read This Article