Behavioural Sciences
It’s an exciting moment when like-minds come together and produce insights that create a new paradigm in their subject discipline. A leading academic in Australia believes that moment of synergy has come for a group of political theorists and sociologists associated with the University of Bristol in the UK. So significant is their non-liberal approach to multiculturalism, Geoffrey Brahm Levey, Associate Dean Research of the Faculty of Arts & Social Sciences at the University of New South Wales, argues that the group might be identified as ‘The Bristol School of Multiculturalism’.

In the shifting sands of national politics, multiculturalism remains one of the topics most likely to excite public debate. Western democracies profess their commitment to inclusivity and diversity, but issues relating to religion, ethnicity and cultural difference frequently hit the headlines and demonstrate the gulf that still exists between political aspiration and the reality of daily life for citizens from cultural minorities.

New research by Dr Geoffrey Brahm Levey, Associate Professor in Political Science at the University of New South Wales in Australia, has identified a particular approach to multiculturalism which has emerged in Britain.

Levey argues that the work of political theorists and sociologists associated with the University of Bristol’s Centre for the Study of Ethnicity and Citizenship represents a “distinctive and important school of multicultural political thought” which he calls the “Bristol School of Multiculturalism” (BSM).

Levey developed his ideas while on a fellowship at the University of Bristol in 2017 and he presents his argument in a recent paper published in the journal Ethnicities.

Historical background
Governments around the world began to formulate multiculturalism in the 1970s, for different reasons and in different ways. Canada and Australia, for example, were both British-settled democracies with Indigenous peoples. However, Levey argues that the causes of disquiet were specific to their countries, and that their governments differed in their public policy response.

In Canada, multicultural policies developed as a result of pressure from the French-speaking province of Quebec, which sought to assert its distinct cultural identity. In Australia, the motivation was to ensure that immigrant and Indigenous Australians could find what Prime Minister Gough Whitlam called “an honoured place in society”.

Levey finds that there were also differences and similarities between the ways in which multiculturalism developed in the United States and Britain. In America, multiculturalism was prompted by “the assertion of black pride and group difference in response to a perceived failure of the civil rights movement of the 1960s to deliver equality”. Though there were similar demands for racial equality in Britain from immigrants from its former colonies, there were, in contrast, also calls for devolution of power to the constituent nations of Scotland, Wales and Northern Ireland, which all sought to assert their distinct identities.

Academic interest
Levey argues that liberal defenders of multiculturalism begin from a ‘top-down’ commitment to liberal values such as individual autonomy and equality, and then ask how governments should honour these values in the way they recognise and accommodate cultural minorities.

What particularly interests Levey in the Bristol school of thought is that it takes a ‘bottom-up’ non-liberal approach to multiculturalism, one that derives legitimacy from “the situation of flesh and blood people seeking recognition and inclusion in their societies as they are and for what they are”.

The Bristol school’s starting point is the belief that cultural minorities need to pursue and assert their cultural interests.

The group of scholars that Levey identifies as the “Bristol School of Multiculturalism” is associated with Bristol University’s Centre for the Study of Ethnicity and Citizenship, founded in 1999. Levey finds significant common ground between the work of the Centre’s longstanding director Tariq Modood and scholars who may be based elsewhere, but in addition to their individual contributions to the subject, have taught, studied or collaborated with him.

They include: Bhikhu Parekh, former deputy chair of the UK’s Commission for Racial Equality and a member of the UK’s House of Lords; Nasar Meer, who is now Professor of Race Identity and Citizenship at the University of Edinburgh; and Varun Uberoi, who is a Reader in Political Theory and Public Policy at Brunel University in London.

Levey writes: “The school challenges the liberal biases of much of the corpus of multicultural political thinking and the nostrums of British and other western democracies regarding the status of the majority culture as well as of cultural minorities. It is an identity-focused and assertive multiculturalism that above all seeks inclusion and a sense of belonging in the national community.”

BSM principles
Levey argues that the Bristol school’s starting point is the belief that cultural minorities need to pursue and assert their cultural interests and that governments should develop policies that accommodate these interests. The BSM scholars acknowledge that such claims for recognition may meet with resistance, and struggle is therefore fundamental to their approach. However, they also believe that minority and majority groups can learn from one another and be mutually enriched.

Levey says: “The BSM’s vision is a far cry from cultural communities leading parallel lives in splendid (or not so splendid) isolation.” He argues that the BSM follows certain principles which are implicit in its “bottom-up” political approach. These include an understanding of equality that takes background circumstances and uneven starting points into account. Far from a one-size-fits-all approach, the goal should be to provide equal treatment, while allowing for different outcomes for different groups.

Other principles supported by the BSM and identified by Levey include that multiculturalism should include religious groups and identities alongside ethnic and other cultural groups and identities. In addition, there should be “intercommunal dialogue” and “intercultural evaluation”, particularly in the case of controversial minority practices.

National belonging
Perhaps the most important BSM principle that Levey identifies is the sense of national belonging in society. He writes: “Equal liberties and opportunities matter enormously, of course, but they do not necessarily bring social acceptance.” Unlike some multiculturalists, Levey argues that the BSM scholars put great store in the capacity of an inclusive national identity to promote social acceptance and eradicate discrimination. However, he also discerns some tension in the BSM scholars’ work on this point. Sometimes national identity is advocated in “politico-institutional terms” or what every citizen should expect to share as a member of the same political community. Other times it is understood as including cultural habits and practices, whose compass should be broadened in order to achieve inclusiveness.

It is an identity-focused and assertive multiculturalism that above all seeks inclusion and a sense of belonging
in the national community.

The degree of importance that the BSM gives to national belonging, and cultural minorities being included within the national identity, distinguishes its members from other multiculturalists. Most liberal multiculturalists focus on issues of rights to accommodation and recognition or what states owe minorities. In contrast, Levey argues that the Bristol scholars focus on broadening the national story and adopt a more open-ended, non-liberal approach which is subject to struggle and negotiation, and as a result, “is never really final”.

Personal experience
Levey argues that the BSM represents a “distinctive and formidable school of multicultural political thought” that involves “high-stakes politics” which can be “challenging” to conventional thinking and the established society. He believes it is no coincidence that the group’s senior figures come from cultural minorities and that their work is grounded in personal experience. Levey writes: “The leading thinkers of the BSM know intimately what it means to be a visible minority in Britain today.”

Levey’s work on the Bristol school follows on closely from his work on multiculturalism over many years. He has published widely on the subject, including with Modood, and held fellowships at universities in Belgium, Italy, Israel, the UK and the USA, as well as in Australia, where he is currently based.

Academic response
Levey first canvassed the idea of the Bristol school at a symposium in London in 2017. In addition to his new paper, which presents his views in greater detail, he has also written an article in response to a symposium on his original paper. Commentators include Canadian philosopher Will Kymlicka, who rejects the idea that the BSM is distinctive, and British author David Goodhart, who contends that the BSM is even more radical than Levey suggests. However, Modood and Uberoi generally accept Levey’s argument that their work, along with that of Parekh and Meer, represents a distinctive and more demanding approach to multiculturalism than that of conventional liberal thinkers.

Neither Levey nor the BSM group regard its approach to multiculturalism as academically rigid or prescriptive. Levey says: “If there is a school of thought to their work, it is discernible only after its production, it is not a rulebook for its production.”

What benefits do you think/hope might arise from your identification of the work of a group of academics and political scientists as a specific school of thought on multiculturalism?

The Bristol School of Multiculturalism was last modified: March 17th, 2020 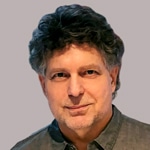 Geoffrey Brahm Levey is Associate Dean Research of the Faculty of Arts & Social Sciences and an Associate Professor of Political Science at the University of New South Wales, Sydney. From 2011-2016, he was an Australian Research Council Future Fellow researching issues of Australian national identity in relation to liberal democracy and cultural diversity.

Dr Levey has previously collaborated with Tariq Modood (the founding director of Bristol University’s Centre for the Study of Ethnicity and Citizenship) on projects including Secularism, Religion and Multicultural Citizenship (Cambridge: Cambridge University Press, 2008).

One thought on “The Bristol School of Multiculturalism”