Arts & Humanities
The US has the largest number of English-speakers in the world, but it is also multilingual: according to 2018 census data, 23% of children aged 5 to 17 speak another language at home. English language acquisition for those who speak English as a second language is therefore an important issue for educators. Mary Amanda Stewart and Holly Hansen-Thomas of Texas Woman’s University have been studying how ‘translanguaging’ and ‘co-learning’ can be used to help newcomer English language learners acquire greater fluency.

It used to be thought that total immersion was the best way to learn a second language and that students learn best when the target language is the only language used in the classroom. However, theorists now argue that students’ own languages should be regarded as assets in the armoury of second language learning and respected as key features of students’ identity and cultural background.

New research from the United States shows the benefits of ‘translanguaging’ in the classroom, whereby immigrant students who speak English as a second language are encouraged to make use of their first languages while learning English. The approach takes as its starting point the fact that students have an innate wealth of knowledge about language which can be used to support them as English language learners in bilingual and multilingual environments.

The study by Dr Mary Amanda Stewart and Dr Holly Hansen-Thomas of Texas Woman’s University highlights the particular challenges that adolescent newcomers face when they arrive in high school and need to acquire English rapidly in order to pass the tests needed to graduate. They argue that “in the race to acquire grade level skills in a second language, students’ (own) rich language practices are often overlooked”.

As part of their research, Dr Stewart and Dr Hansen-Thomas held and observed an optional English language summer institute for students of a high school in a mid-sized town in Texas with almost a quarter of Spanish-speaking residents. The aim was to study how translanguaging can be used to help English language learners to acquire greater literacy and fluency.

The summer institute was taught by two teachers, who, like the majority of American high school educators, were monolingual and had limited training in bilingualism or multilingualism, or experience of teaching using translanguaging. A second aim of the study was therefore to look at how monolingual teachers enact a translanguaging pedagogy and can facilitate the process by becoming co-learners with their students.

Context and method
Ten high school students took part in Dr Stewart and Dr Hansen-Thomas’s summer institute. Five were studied in detail for the qualitative research programme. Aged 16 to 18 and originally from South America, their primary language was Spanish and they had been in US schools for between one month and three years.

In the race to acquire grade level skills in a second language, students’ rich (own) language practices are often overlooked.

Two teachers also took part. Both were white females, aged between 40 and 60. Committed educators who were also pursuing doctorates, they had 13 and 14 years’ teaching experience respectively. Prior to the study they read one book on translanguaging theory which also contained sample lesson templates.

The institute met for three days a week over six weeks, giving students 45 hours of teacher contact time. Dr Stewart, who spoke English and Spanish, monitored lessons and provided insight into what students were saying to one another in their native tongue. In addition to collecting data, she worked with the teachers to continually modify their instruction, for example modelling ways to invite students to use their own languages in class activities. At the end of the summer institute the teachers also asked students to comment on the classes, using whichever language they preferred.

Both teachers and students made use of technology in class, for example Google Translate, mobile phone applications, and laptops for internet research. Resources chosen by teachers for literacy activities included multilingual texts such as poems and stories. However, learning was also based on students’ lived experiences. They were invited to create ‘heart maps’ – labelled visual representations of what mattered most to them, ‘graffiti walls’ which allowed them to make a personal connection to a text using words or drawings, and digital presentations in which they told the class about themselves and their backgrounds.

Findings
The key finding from the data was that students were their own most beneficial learning resource.

Although open to the idea of inviting students’ languages into the classroom, the teachers initially felt uneasy, but during the course of the classes their attitudes changed. The researchers also noted that as a result of the classes, the two teachers said that “their knowledge of world events, immigration policies and even their own privilege increased greatly”.

The teachers positioned themselves as co-learners in the classes. Making clear that they “were not the sole possessors of knowledge”, and setting aside their concerns that it placed a burden on students who were more advanced English learners, they relied on these students to translate and explain concepts for others when needed.

Not only did the teachers acknowledge that students enjoyed their roles as “language brokers”, they saw that it helped to improve their own English because they needed to understand words and concepts more deeply and asked questions before translating. The researchers noted: “This facilitated the students to actively participate in clarifying content for one another and furthering the class discussions in their language.”

The study cites one example when students were working together to determine the meaning of ‘invariably’ in a poem. One teacher noted: “Even though one student quickly found the Spanish translation on her phone (‘invariable’) and noted it was a cognate, they spoke for two full minutes in Spanish among themselves to determine what the word really meant in the context in which it was presented. Although technology and multilingual texts assisted in creating this translanguaging space, the students relied more heavily on each other.”

The teacher also noted: “Translanguaging was like a key to help unlock meaning through negotiating with our students. Even the simplest directions like ‘write in your journal’ or ‘open your books at chapter 4’ were incomprehensible to some students. Students who had a stronger grasp of English would help translate for students who knew little or no English. Interestingly, we noticed that when a student who typically translated for others was absent, the student with the next strongest English-speaking skills would step up and become a translator for others.”

A teacher stated: “Translanguaging was like a key to help unlock meaning through negotiating with the students.

Simple exercises like asking the English learners to underline unfamiliar words of an English text so that they could write the Spanish word underneath were also revealing. Some underlined words that teachers assumed students knew, giving teachers better insight into students’ actual knowledge.

One teacher wrote at the end of the summer institute: “I have found that traditional roles such as teacher and student did not best meet students’ needs.” In order to get student buy-in, the teacher had to overcome the traditional idea of the teacher as a sole provider of knowledge.

Students reported that they had taken part in the summer institute to improve their English skills. However, the researchers noted some tension in their response to translanguaging, because although students “came alive” and “engaged more” when speaking their first language alongside English, some said they wanted to use more English in class and others felt that they shouldn’t have been allowed to use mobile phones and computers to help them.

Conclusion
Dr Stewart and Dr Hansen-Thomas argue that translanguaging can be a catalyst for learning. They propose that to address the “growing linguistically diverse secondary English language arts classroom”, bilingual and translanguaging teaching should be used by mainstream monolingual teachers who do not speak all their students’ first languages, as well as by bilingual teachers.

The team argues that their study shows how even monolingual teachers can use translanguaging approaches and implement pedagogical practices that are socially and culturally relevant to English learners, provided they rethink traditional teacher/student roles and are open to the use in the classroom of technology and translation devices such as mobile phones and laptops.

While recognising that students had mixed feelings about the use of their first languages in the classroom, Dr Stewart and Dr Hansen-Thomas believe that co-learning offers a way forward. They explain: “Students’ voices need to be central as teachers continually reflect on how and when to invite students’ first languages into sanctioned spaces in high school English-medium classrooms.”

They conclude: “Like translanguaging, co-learning can be an equalising pedagogy that can put the teacher and students on the same level in regard to holders of knowledge that is worthy of sharing. As we consider how to create more equitable learning spaces for adolescent emerging bilinguals, we must push all educators to adopt co-learning practices that privilege newcomers’ full linguistic repertoires.”

Some teachers might feel less in control if they don’t understand everything students are saying or if they allow students to use mobile phones in class. Does your research cast light on any behavioural issues that may arise in translanguaging classes?

<>Giving up some control is important in a translanguaging classroom, but that can happen as teachers adopt the stance as co-learners. The use of technology to translate should also be purposeful and not necessarily used all the time. Sometimes, learners need to negotiate meaning of the target language in context. It is important that teachers begin to understand how translanguaging or bilingual theory supports second language acquisition theory and then make solid instructional decisions based on that knowledge. 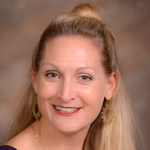 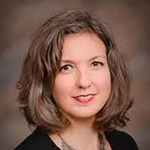 Mary Amanda Stewart and Holly Hansen-Thomas are faculty at Texas Woman’s University, USA, and co-directors of two federal grants from the U.S. Department of Education aimed at supporting emergent bilingual students. They have authored and edited multiple books including ‘Transforming Practices for the High School Classroom’ with TESOL Press.