Behavioural Sciences
In the age of smartphones, teachers must compete for the attention of students against a world they possess in their pockets. And the stakes are high for educational outcomes. When pupils are glued to their phones in class, they disrupt their own learning as well as that of others, while increasing the teacher’s stress and risk of burnout. So how can teachers tackle media misbehaviour? Associate Professor Itai Beeri at the University of Haifa, Israel, and specialist in educational management, Dana Daniel Horowitz, investigate which style of principal leadership and teacher discipline can keep students off their screens and on their textbooks. Their study encourages broader rethinking within educational and behavioural management.

Society makes its way through classroom walls. For example, teachers must respond to the effects of student poverty and public health concerns made all too relevant today. But one social factor that pervades school life sits in the pockets of most pupils. The smartphone keeps users connected, informed, and entertained on the move. The technology is also used as an educational tool, mostly in the form of the tablet. But while these gadgets open doors to active learning, they also present new challenges for teachers. Smartphones are a source of pupil distraction, with over half of all students in secondary schools browsing social media during lessons. This may impede learning for students with the device, distracts the whole class via responses from authority, and damages the school climate along with teacher status. Indeed, the associated stress can harm teacher performance and their very perseverance with the profession.

Meanwhile, the content of smartphone use poses its own problems. Text messages can promote verbal and physical violence against students and teachers, while photos and video recordings can humiliate them and even spread pornography. Clearly, smartphones in schools create serious complications, and as technology advances this issue will only intensify. Into this space enters Prof Itai Beeri of the University of Haifa, and Dana Daniel Horowitz, specialist in educational management. Their co-authored study asks which method of school leadership and teacher enforcement of discipline can keep students’ smartphones in their rightful homes – unless they are asked to use it for learning purposes. 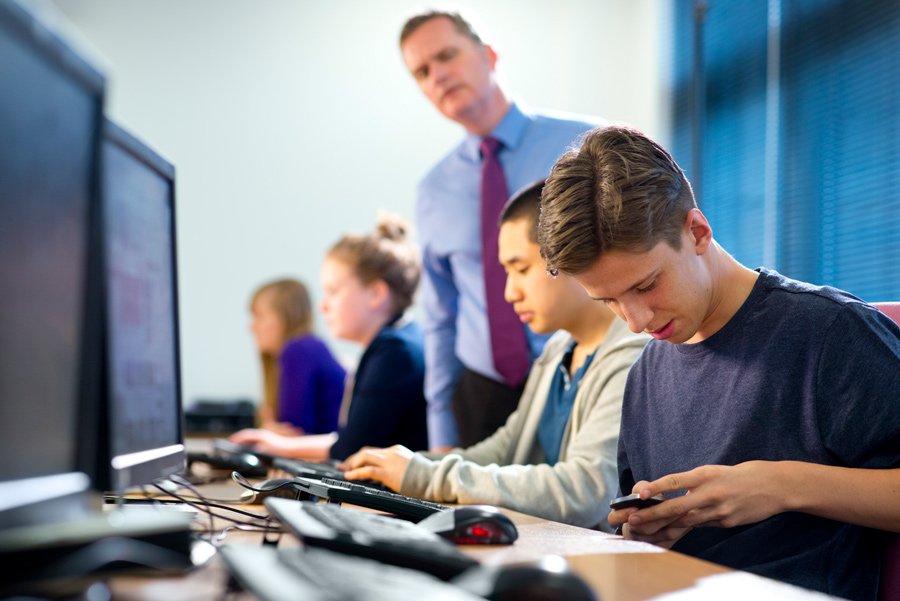 A principal concern
Lively debate on educational reform has underlined the role of school leadership. The principal is expected to play a key role in securing student achievement, whilst cultivating future citizens who are productive and adaptive. In pursuit of this aim, they must develop a school vision and work to fulfil it with staff and stakeholders. This is now carried out in the context of rapid social and technological change, which alongside government reforms have put schools on unpredictable terrain. Nevertheless, two core leadership styles remain relevant for the task, namely the transactional and the transformational. The former involves a leader’s use of rewards – including money and advancement – to direct followers through the completion of narrowly defined tasks. By contrast, transformational leaders shape the goals and values of followers to align with their own. This may be accomplished through the leader’s personal influence, their ability to foster creativity, or their support and encouragement of organisational members. Both models can be adopted within educational leadership and the principal’s role in designing and directing a school code of discipline. Such a code can establish when and where smartphones may be used, and what sanctions are applied to those in violation.

There are advantages to either method in leading schools to suitable smartphone use, raising the question: which proves the most effective in practice?

As noted, the transformational leader does exactly that. They transform organisations so that members share principles, through ethical and ideological agreement. This helps teachers to remain resilient while dealing with classroom conflict, by keeping them resolute on realising a higher goal. Indeed, students themselves can be driven to stay disciplined when committed to the school ethos represented by the principal. Teachers under transactional management, however, will enforce classroom rules for practical reasons, and crucially to earn rewards. There are advantages to either method in leading schools to suitable smartphone use, raising the question: which proves the most effective in practice?

Tackling media misbehaviour
It is widely disputed to what extent and by which ways teachers can minimise pupil misbehaviour. The approaches teachers take to enforce discipline can be categorised through a typology created for parenting. Psychologist Diana Baumrind classified parenting styles into three sorts: the authoritarian, permissive, and authoritative. These strategies all differ in their responsiveness to children’s needs, and the strictness of rules and repercussions.

The authoritarian or dictatorial approach involves high strictness with low responsiveness. This entails the establishment of rigid codes of behaviour, with little tolerance for offences. The permissive style follows high responsiveness and low strictness, as the teacher limits their restrictions and penalties, focusing instead on being receptive to student desires and expectations. The end goal of this endeavour is to encourage students to regulate their own behaviour. Between these poles lies the authoritative style, with both high demand and high responsiveness. Behavioural guidelines are made clear, with readiness to adapt rules to fit new circumstances. Moreover, punishment is curbed by an air of sympathy, while the reasons for taking disciplinary action are made clear. The effectiveness of the models is debated, and each type may have its time and place. All have potential in reducing self-distractive use of smartphones in schools.

The study led by Prof Itai Beeri and Dana Daniel Horowitz took place in Israel, a country with one of the highest percentages of smartphone holders. Indeed, 78% of people over the age of 16 carry the device. The project involved a quantitative survey, asking teachers to report on measures of principal leadership and their own enforcement of discipline. At the same time, their students were asked to recount the extent of their own smartphone use during class, though this usage was strictly forbidden. Proving the existence of the problem, data revealed 93% of students had been distracted by their mobile at least occasionally within lessons in the last year. This includes listening to music, playing games, sending texts or photos, talking, taking pictures or videos, and uploading photos or videos to social media sites. The amount of use was mediated by demographic factors. Younger students, humanities students and lower-ability pupils were more likely to engage in media misbehaviour. Moreover, senior teachers tended to have less distracted pupils.

The crucial discovery was that permissive teachers were significantly effective in keeping students off their smartphones. But it gets even more intriguing.

The crucial discovery was that permissive teachers were significantly effective in keeping students off their smartphones. But it gets even more intriguing. Smartphone distraction worsened considerably under the middle ground of authoritative teaching but improved significantly under the permissive approach. This reveals an interesting inconsistency across the spectrum of behavioural enforcement. Meanwhile, neither variant of principal leadership had a significant direct impact on student smartphone use. Nevertheless, the stronger the principal was in their leadership, whether transactional or transformational, the more likely teachers were to be permissive and, in turn, the less likely students would succumb to smartphone play.

Being smart about the smartphone
The study confirms that smartphone distraction is routine in the classroom. The negative effects have been explored; from the diminished learning of those stuck to their screens to the derailment of lessons via disciplinary action to the wider damage done to school climate and teacher well-being. The survey adds to this insight. For example, correlations were found between pupil self-control and groupings of learning ability and greater teacher’s tenure. This points to the role of maturity and the challenge of more difficult work in prompting students to keep phones in pockets.

Whilst principal leadership lacked a direct link to media misbehaviour, it remains an important consideration. Teachers play a frontline role in maintaining student discipline, but they do so in a context partially created by the principal. This is clear from the connection found between leadership strength and teachers’ permissive enforcement of discipline. Meanwhile, the significant success rate for the permissive approach unsettles mainstream assumptions. It is common to imagine that the more authoritarian instructor is universally superior. However, authoritative teaching has been shown to be effective for preventing truancy and dropout, while the present research reveals it is far from beneficial for managing student use of mobile phones compared to the permissive style of enforcement of discipline. After all, smartphones are a means for young people to build their social status, through online social networks and texting. In this context, permissive discipline may cultivate the self-control students need to navigate the conflicting concerns of ’being keen’ and ‘being cool’. Indeed, by expanding the knowledge base on media misbehaviour, the study helps schools and their students to be smart about the smartphone. 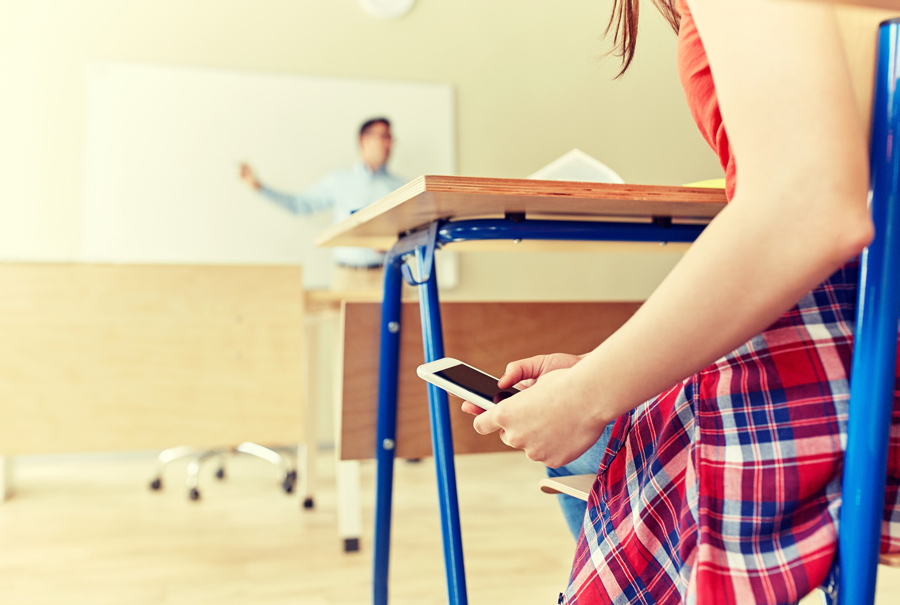 How exactly is ‘absent presenteeism’ linked with low self-control?

<> ‘Absent presenteeism’ has always been out there as pupils (and humankind) have always been dreamy. Yet smartphones make this escapism much more stirring. We believe that the more one has lower self-control the less he/she has capabilities to defer gratification, i.e. delay the immediate will and need to be popular and connected and instead invest efforts in his/her future academic success.

Phones down, eyes up: Tackling media misbehaviour in the classroom was last modified: September 2nd, 2020

Itai Beeri is a senior lecturer, Associate Professor and the Head of the Division of Public Administration & Policy at the University of Haifa. With major expertise in public administration & policy, his main research focus lies in local governance, local democracy, central–local relations, spatial inequality, and new regionalism. He has had articles published in several journals, including Journal of Public Administration Research and Theory, Public Administration Review, Policy Sciences, Public Management Review, and Environment and Planning C: Politics and Space. He holds several public consultant positions and is the creator of the Family Podcast “Little Politics”, which makes public dilemmas accessible to children. 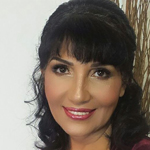 Dana Daniel Horowitz specialises in educational and organisational management of high schools, academic colleges, and communities. She is currently investigating the impact of globalisation on the implementation of Information and Communications Technology (ICT) in the public education system.

Prof Itai Beeri and Dana Daniel Horowitz investigate how different leadership styles in the classroom affect the students’ use of distractive technology. 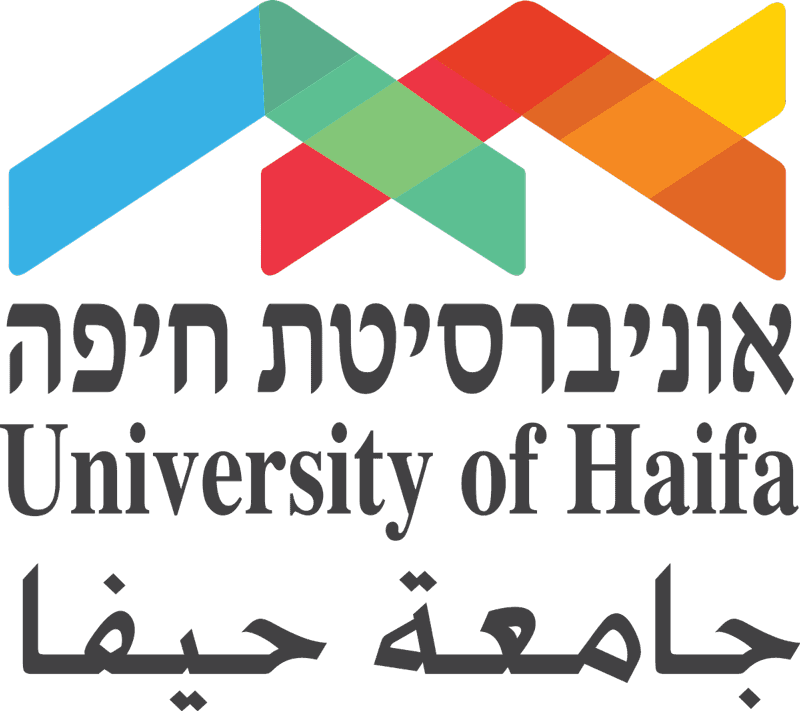 Beeri, I. and Horowitz D.D. (2020). Phones down, eyes up: Tackling media misbehaviour in the classroom. Research OUTREACH, 116. Available at: https://researchoutreach.org/articles/phones-down-eyes-up-tackling-media-misbehaviour-classroom/ (Accessed YYYY/MM/DD)