Arts & Humanities
The research of Dr James Jones, clinical psychologist and Emeritus Professor of Religion at Rutgers University in the U.S., exists on the border of religion and science. He fuses neuropsychology with philosophy of mind to discover scientific explanations for religion. In his most recent publication, Dr Jones specifically explores how bodily behaviours, such as religious ritual, can affect a person’s perception of the world and their religious experience. From this, he is able to identify four implications for religion. Although three support the religious viewpoint, there is one unhappy implication for religion to contend with.

Much of Dr James Jones’ work – he is a licensed clinical psychologist as well as an Emeritus Distinguished Professor of Religion at Rutgers University in New Jersey, U.S. – has focused on finding scientific explanations for religion. In his recent paper “How Ritual Might Create Religion”, he argues that ritual creates religious experience, and goes on to discuss the implications this has for religion. Dr Jones takes the reader through a number of fascinating neuropsychology experiments that go against the commonly held reductionist viewpoint. From this, he argues in favour of neural holism before discussing the neuropsychology of transcendental experiences and expanded awareness. Once you accept this argument, the implications for religion are profound and far-reaching.

How the body affects cognition
Dr Jones begins his argument by highlighting the causal link between behaviour and cognition. For example, something as simple as posture can affect your mental state. People who sit up straight have a more optimistic and positive outlook than those who slouch. Similarly, emotions can be evoked by carrying out an associated action. People report feeling happier when holding a pencil sideways in their mouth so that it forces them to smile. When people are asked to hold the pencil in their mouth by the end – and thus cannot smile – report feeling less happy afterwards.

From these studies, Dr Jones concludes that bodily behaviour is not merely a result of thought, but that bodily activity also affects cognition. Gesturing doesn’t only convey thoughts but helps a speaker to formulate and process ideas. Similarly, imagining a situation causes the same activity in the brain as actually doing the activity. Imagining yourself lifting weights makes it easier to actually lift weights. Therefore, moving and thinking mutually affect each other.

From this, Dr Jones concludes that language must be embodied. If your body cannot engage with a certain concept, then you cannot talk about this concept. People who lose motor functionality may lose the concept of tools, while those who lose their visual faculties often lose the concept of animals they have seen. Beyond sensations, bodily activities alter experience. Therefore, religious ritual can affect perception and cognition, which has implications for religion that Dr Jones will go on to discuss.

Neural holism
To further his neuropsychological argument on how ritual creates religion by altering brain states, Dr Jones critiques a localised view of the brain. Since the 1980s, the dominant paradigm within neuroscience is that each part of the brain has a very specific function, such as the amygdala being responsible for fear and the Broca’s area controlling speech. However, this view is shifting to a more holistic, network view of the brain, which posits that there are many complicated interconnected networks that produce cognitive and emotive states. Brain imaging confirms that the concept of localisation is too simplistic.

The amygdala is undoubtedly involved in fear, but it is also involved in sensory perception among other tasks. It seems that no part of the brain is simply specialised. Furthermore, any act of cognition relies on several networks. Dr Jones highlights that reflecting on one’s own mental state requires the ’mentalisation network’ (which represents reality), the ‘salience network’ (which integrates external with internal stimuli) and the ‘executive control network’ (which is action-oriented). Cognition cannot be reduced to either a single region of the brain nor a single network. This means that cognition and emotion are not neurologically completely distinct.

Religious knowledge is only available to those who engage
in religious practices and becomes more accessible the more they
do so.

The attempt to fully map the brain and its networks carried out by the Human Connectome Project supports the holistic view of the brain. This project has revealed a more complex and nuanced nature to cognition. This also further supports the claim that bodily activity, including religious ritual, can affect cognition, emotion, and perception.

Neuropsychology of expanded awareness
Dr Jones has now shown that the body affects cognition and that the brain should be viewed from the perspective of neural holism. Next, he delves into the idea of expanded awareness, which is a common effect of religious ritual. Such activities can cause a trance-like state, which involves experience which goes beyond the ordinary, everyday experience received through the five senses. Religious rituals contribute to a person experiencing transcendence. Dr Jones attempts to explain the neuropsychology behind these higher-level experiences.

Abstract rationality is embedded in complex and dense networks. The Human Connectome Project finds that reason, emotion, and sensation all work together using the same neural networks. Working together, they generate a more transcendental way of knowing. This suggests that human understanding is never purely reason driven. The mind is also made up of two subsystems: unconscious cognition, which is intuitive and fast-reacting, and conscious cognition, which is slower and more deliberate. These two sub-systems are also interdependent, each affecting one another.

While the brain has two hemispheres, the claim that the right hemisphere is artistic and intuitive while the left hemisphere is linguistic and rational is oversimplified. Both hemispheres are involved in nearly all cognitive processes and interact with each other in different ways. Dr Jones’ neuropsychology posits that all these network models reveal how religious ritual can result in a larger, that is, transcendental, perception of the world by joining bodily activity, intuition, cognition, and emotion.

Implications for religion
After explaining how the body affects cognition, why neural holism should be the dominant paradigm, and the neuropsychology of expanded awareness, Dr Jones is ready to set out the implications this has for religion. He talks through four implications, three of which are beneficial to the religious viewpoint, and one which he describes as the “final, unhappy implication”.

Reason, emotion, and sensation all work together using the same neural networks.

Firstly, Dr Jones discusses the brain as an open system. This refers to the aforementioned deep and complex networks contained within the brain. Even the most reductionist philosopher, breaking down the brain to its constituent parts, cannot view the brain as anything other than deeply complicated. The neurophysiology that Dr Jones sets out paints the brain as a more open system, in which connections are non-linear. Neuroplasticity means that each brain is unique and constantly changing, and it is difficult to reduce cognition to purely Newtonian physicalism. This fits the non-determinist view that religious believers tend to hold.

Secondly, Dr Jones explores the implications for religion of an increasingly complex epistemology. In other words, knowledge cannot be gained from simple sensations alone. The argument Dr Jones sets out above suggests that our perception of the world goes beyond merely forming a mental representation of reality. Epistemology is far more complex and involves an embodied brain being affected by bodily behaviour, such as religious rituals. Such rituals offer knowledge of transcendent states, which give an advantage to those who argue in favour of the truth of religion.

Continuing from this, Dr Jones’ third implication for religion regards the fact that the body affects cognition. He sums it up like this:

“Standing, walking, gesturing, carrying a heavy pack, and engaging in ritual can cause us to think differently and change our perception of ourselves and the world.”

This has only recently been shown to be true by neurophysiological experimentation, but it has been a widely held religious belief for centuries. The use of yoga, meditation, and breathing techniques all reveal the importance that religion has placed on ritual in generating transcendental mental states. The implication for religion is that religion is not, and cannot simply be explained by, a set of beliefs. Instead, Dr Jones views religion as a set of practices, since it is these religious behaviours that lead to perceiving the world from a religious point of view.

Finally, Dr Jones reveals an “unhappy implication”. As a result of the first three implications, religious knowledge is only available to those who engage in religious practices and becomes more accessible the more they do so. This is because religious rituals transform the processing of information and perception of the world. Dr Jones likens this to being able to identify a fine wine from taste alone or spotting a neurological problem from a brain scan. In this sense, religion must be learned through ritual and is not available to those who do not engage in these rituals.

If Dr Jones is correct, then the implications for religion are significant. Though the religious viewpoint benefits from being understood as embodied activity, as well as the complex, holistic nature of the brain, there is still an unhappy truth to face. If religion is true, then this truth can only be known by engaging in religious ritual and cannot be accessed by people who do not willingly engage in such behaviour.

How significant are the implications of the findings of the Human Connectome Project for religion?

<>The cognitive science of religion (CSR), like all evolutionary psychology, has traditionally relied on a massively modular view of cognitive processing supported by a modular view of the brain. This modularity assumption underlies CSR theorising about religion and often their anti-religious polemics. The Human Connectome Project and the shift to network models undercuts this modular view and much of the theorising about religion based on it. In addition, much psychological and philosophical discussion of religion has been carried out in terms of a series of categorical dichotomies or separations, such as reason and emotion, or rationality and intuition. While there is some heuristic value in seeing these categories as referring to separate domains, this dichotomisation is too drastic and over-simplifies our understanding of religion (e.g. “it’s all just emotion”). The Human Connectome Project implies that at the neurological level such dichotomising is not well-founded and that in the process of human understanding, reason, emotion and intuition (however one understands it) as well as sensation and perception are all involved and often mutually influence each other. This is what I mean by a more complex epistemology.

The Neuropsychology of How Ritual Creates Religion was last modified: October 15th, 2020 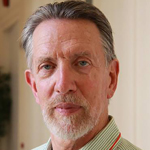 James W. Jones earned two doctorates and an Honorary Doctorate, is Emeritus Distinguished Professor of Religion at Rutgers University in the United States, the author of fifteen books and numerous papers, fellow of the American Psychological Association, former Vice President of the International Association for the Psychology of Religion, a fellow of the International Society for Science and Religion, and a licensed clinical psychologist.