Misconceptions can get in the way of teaching efforts and increasingly pose a significant challenge to science teachers. To discern exactly what science education literature can teach us about learners’ response to anomalous data, Professor Patrice Potvin, from the University of Québec in Montréal, Canada, has carried out a critical and systematic review of science education research literature. In this study, he investigates conceptual change, examines the responses of learners to contradictory information, and identifies factors that favour conceptual changes.

The internet, TV and print news, and other science outreach channels, offer a variety of contrasting theories, interpretations, and opinions that contribute to the public understanding of science. How people respond to such contradicting, anomalous information is an important social issue, and one that has become increasingly central due to the pandemic. Dr Patrice Potvin, Professor of Science and Technology Education at the University of Québec in Montréal, explores the response of learners to contradictory information in his critical and systematic review of science education research literature.

Potvin explains that investigations into such responses in science education are not new. In the 1970s, researchers’ attention was drawn to the recurrent errors made by science students, and these studies revealed that many were of a ‘representational origin’. Often referred to as misconceptions, these representations are personal models or theories borrowed or developed by learners in their efforts to understand scientific phenomena. These misconceptions can obstruct teaching efforts and even today they are one of the utmost challenges faced by science teachers. Often, they contradict aspects of the scientific knowledge to be learned. Moreover, they can be incredibly robust and difficult to change.

Conceptual change
Conceptual change describes the phenomenon where these misconceptions are ‘unlearned’ in favour of target scientific conceptions. Existing conceptions are usually presumed to be changed through the restructuring of elements of the existing concepts, in the form of beliefs, ideas, or ways of thinking, to develop fundamentally new concepts. Over the past four decades, at least 86 models of conceptual change in science learning have been proposed. The literature supports the hypothesis that a need for change, usually driven by some form of dissonance, must first exist for change to occur. Potvin describes how this need is usually thought to be obtained when learners feel, suspect, or acknowledge the shortcomings of their initial conceptions. Additionally, the more significant the conflict, the greater the chance of the change occurring. Most of the time, cognitive conflict is understood as the mandatory first step on the path to successful change and it forms the central mechanism of most conceptual change models.

Cognitive conflict is usually thought to be the mandatory first step on the path to successful change.

The cognitive conflict process model
From the many frameworks that appear in the literature, Potvin chose to frame his review with one of the simplest and most cited frameworks, the cognitive conflict process model (CCPM). This model comprises three phases. Firstly, a preliminary stage, where a learner believing in a preconception is exposed to an anomalous situation. If the learner believes that this situation is genuine, they proceed to the next stage. Secondly, a conflict stage where the learner recognises the situation to be anomalous and experiences a cognitive or conceptual conflict that can constitute many dimensions, including interest and anxiety. This has the potential to trigger cognitive reappraisal. Thirdly, the learner moves on to a resolution stage when they may or may not come to a decision regarding their initial preconception.

The research questions
To find out what science education literature can teach us about learners’ response to anomalous data, Potvin performed a literature review to uncover what is said about each of the three CCPM phases. He aimed to reveal the possible outcomes, or resolution, of the process, what happens during the conflict stage, and the preliminary conditions and variables that favour desirable outcomes. In addition, he asks a fourth important question: ‘What critical synthesis can we propose in light of these revelations and of recent and contemporary developments of the conceptual change field?’ In other words, what overarching themes and processes are discernible from the many studies into conceptual change?

Methodology
An abundance of studies from many fields, such as science education, decisionmaking, and psychology, could potentially contribute to this research. To make the review manageable, Potvin limited the initial search to specific keywords (science education, science learning, cognitive conflict, conceptual conflict, anomalous, contradict, discrepant, information, data, event), or combinations of them that appeared in titles and abstracts.

A search for only peer-reviewed journal articles was performed on Google Scholar, ERIC, and PsycInfo. The first 70 articles listed with the greatest ‘relevancy’ according to the online criteria were selected from each of the three databases. Following an overview reading, studies that did not provide an objective account of what happens at the exact moment science learners are exposed to discrepant information were excluded. A wide-ranging analysis of the 86 remaining contributions was carried out, to support a better understanding of CCPM-related events which facilitate positive conceptual changes.

Possible responses and outcomes
Examining the possible responses revealed that learners’ responses are not limited to accept/reject contradicting data. Potvin’s synthesis of various taxonomies of cognitive responses to anomalous data found 11 types of responses. Learners might be unaware of the contradiction, they may choose to ignore it, reject it, or exclude it as being outside the domain of the theory. They may be uncertain about its validity or its interpretation. They may suspend the contradiction to avoid dealing with it immediately. Alternatively, ‘belief decrease’ involves a decrease in the learners’ conviction towards existing conceptions. Learners may reinterpret anomalous data to preserve their original theory. Peripheral change may occur with learners accepting the anomalous data, but only making minor modification to their current theory. Theory change, however, is ultimately the desired response and can be assimilated to the expected conceptual changes. Surprisingly, the distribution of response types is not necessarily in favour of the last type (theory change) and each of them appears at comparable frequencies.

The conflict and its resolution
The analysis revealed that conflict works better if it is meaningful to the students, but teachers do not find generating meaningful conflict an easy task. Anomaly-induced cognitive conflict is inefficient if it is introduced in isolation, whereas it is much improved when supporting knowledge-processing activities are integrated into teaching sequences. Potvin remarks that ‘it appears very difficult to see scientific progress out of social activity. Learners appear to be rather weak computers of data when they experience contradiction on their own.’ In an educational context, therefore, it can be invaluable for a sensitive educator to guide students through their cognitive conflict, without being overly dogmatic or prescriptive.

Preliminary conditions and variables
Initial conditions, possibly affecting the eventual outcome, can exist before a conflict can be generated. Cognitive abilities and epistemological beliefs can also influence outcomes. Resolutions of conflict are therefore challenging processes to achieve, but studies suggest that if students are already aware of the processes by which scientific progress usually happens, they may view anomalous data as less threatening.

Simply exposing students to anomalous data is not enough to generate the expected conceptual changes.

Researchers have observed that those students who are uninterested or unsuccessful often have difficulty dealing with anomalous data. It also appears difficult to anticipate the level of confidence students have in their prior conceptions. Some studies argue that to identify a misconception, it is important to initially distinguish it from a lack of knowledge. Potvin recommends that many other variables, in addition to cognitive processes, require consideration as drivers of conceptual change. He reflects that while cognitive conflict is a catalyst, it seems that it needs to be driven by the learners’ predispositions towards the subject, together with their concentration and hard work. Students may already have the desired target conception at their disposal before they are exposed to contradicting information. Potvin refers to this conception as ‘plan B’, as it might not be the preferred one initially, or it may be present on a subconscious level. If available, however, it may be activated during the processing phase.

Lessons from framing the literature in the CCPM
Using the CCPM to frame the events following a learner’s exposure to anomalous data was a fruitful method in conducting this review. Analysis of the available research literature indicates that simply exposing students to anomalous data is not enough to generate the expected conceptual changes. It also highlights the challenge in meeting every requirement to successfully produce scientific theory changes, just by exposing students to contradicting information. Nonetheless, factors have been identified that can be acted upon during a single science lesson which favour conceptual changes. These include making conflicts meaningful, investing time and energy in the process, providing multiple contradicting theories, focusing on the added value of the desired outcome and providing encouragements about the process of change itself, while recognising that setbacks do not mean a lack of progress.

Above all, Potvin emphasises that it is essential that more than one resolution is available at the beginning of the process. He also notes that these findings support his conceptual prevalence model of teaching, as well as other conceptual change models that recognise the simultaneous coexistence of multiple, and possibly contradicting, conceptions in the learner’s mind.

What, in your opinion, is the most significant finding in your review of the research into the response of learners to contradicting information?

I believe it has already been said in the text: that an initially available alternative conception (plan B) is an important condition in the success of conceptual change

Potvin, P, (2017) The coexistence claim and its possible implications for success in teaching for conceptual “change”. European Journal of Science and Mathematics Education, [online] 5(1), 55–66. doi.org/10.30935/scimath/9497 Potvin, P, Sauriol, É, Riopel, M, (2015) Experimental Evidence of the Superiority of the Prevalence Model of Conceptual Change Over the Classical Models and Repetition. Journal of Research in Science Teaching, 5(1), 55–66. doi.org/10.1002/tea.21235 Potvin, P, (2013) Proposition for improving the classical models of conceptual change based on neuroeducational evidence: conceptual prevalence. Neuroeducation, 2(1), 16–43. 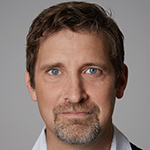 Patrice Potvin is a professor of science and technology education at the Université du Québec à Montréal (UQAM). Author of more than 400 publications and communications, he is director of the Science and Technology Education Research Team (EREST) and member of the Royal Society of Canada.