Conifer trees are in high demand for their aesthetic value and desirable wood, but producing these trees rapidly is challenging because of their long life cycle. Increased effort is underway to use artificial techniques to propagate Douglas-fir. However, this is constrained by a lack of viability and recalcitrance of in vitro cultures. Recent work by Drs Dmytro Yevtushenko and Mariana Vetrici (University of Lethbridge) and Dr Santosh Misra (University of Victoria) has identified a specific gene in Douglas-fir that regulates the formation of somatic embryos. By showing the function of this gene in a flowering plant, a novel biomarker for micropropagating Douglas-fir has been identified.

Coniferous trees are popular not just during Christmas, but also desirable for their superior wood qualities. Increased demand for this wood has put pressure on its growth and supply, because these trees are hard to cultivate due to their long life cycle. Scientists have been developing methods to artificially cultivate conifers such as Douglas-fir through clonal micropropagation. This depends on plant properties to regenerate whole plants through asexual means, without fertilisation. Douglas-fir is particularly recalcitrant to in vitro culturing, so scientists have looked to other plants to investigate how this can be altered. In recent work, a collaborative effort between Drs Dmytro Yevtushenko and Mariana Vetrici at the University of Lethbridge, and Dr Santosh Misra at the University of Victoria, Canada, has led to the identification of a specific gene in Douglas-fir that controls development of somatic embryos. The discovery of a biomarker of micropropagation opens new avenues to cultivate this conifer species.

Flowerless firs
In the plant kingdom, vascular plants (that have tissues to conduct water, minerals, and food throughout the plant) are classified as either gymnosperms or angiosperms. All the flowering plants we see around us are angiosperms. Gymnosperms are more ancient plants; they are non-flowering but have naked seeds without fruits (unlike angiosperms that have seeds inside fruits). The largest group of gymnosperms are conifers, with Douglas-fir being one of them.

Conifers cover a large area of the earth’s surface, and they reproduce in the sexual gametophyte generation of their life cycle. The reproductive structures are established as cones in coniferous plants. Cones can be either male or female on the same plant; male cones are smaller and bear pollen, while the female cones are bigger and bear the ovules (eggs). Fertilisation occurs when the pollen lands on the ovules and embryos are formed inside seeds – these seeds are naked and lie within the cone. The sexual reproductive life cycle of conifers takes a long time, up to two years. This is particularly the case in Douglas-fir, which also has an unreliable production of seeds and low efficiency of germination to produce new plants. Advances in tissue culture techniques are making it easier to propagate woody plants such as conifers.

Douglas-fir is particularly inefficient at SE, and the different molecular events that control SE are still to be discovered in this species.

Asexual life
Most living things reproduce sexually – when male and female gametes (sex cells) join to form a fertilised cell (zygote) to produce offspring. However, some plants can also reproduce asexually, which allows genetically identical progeny to be formed from a single parent plant, without the need for fertilisation. Bulbs and cuttings are methods of asexual reproduction. For a long time now, scientists have exploited the ability of plants to reproduce asexually to propagate plants in tissue culture.

Asexual reproduction occurs when mature plant parts divide and produce new plants. This happens because cells that are actively dividing in special tissues (called meristem in plants) have the ability to become a new organ, such as a stem, root, leaf, or flower. Cells in a leaf or root are specialised and differentiated, which means they perform a particular function. But meristem cells are non-specialised, so they are not differentiated. When meristem cells are isolated and maintained in an artificial nutrient medium, they form a mass of undifferentiated cells (called callus), and with the supply of plant-growth regulators (also referred to as phytohormones), these can multiply and differentiate into shoots and roots, resulting in a mature plant. This totipotent nature of plant cells allows each cell to grow, divide, and develop into an entire plant under the right conditions.

Propagating Douglas-fir
Somatic embryogenesis (SE) is a tissue-culture method which uses asexual reproduction to produce embryos from differentiated tissues. In Douglas-fir, immature zygotic embryos (juvenile tissues formed after fertilisation) are used as the starting material for SE, to initiate a callus phase. Further sub-culturing of this callus with the right plant hormones results in the formation of individual somatic embryos. These somatic embryos are then allowed to develop into mature plants in culture. SE is the preferred method for propagating woody trees such as pine and fir: using SE allows a rapid clonal propagation of a woody tree, and this method can be scaled up to industrial levels relatively easily. However, like many other conifer trees, Douglas-fir is inefficient at, and recalcitrant to, SE, and the different molecular events that control SE are still to be discovered in this species.

Inspired by a weed
Compared with the large genome (complete genetic makeup) of gymnosperms such as Douglas-fir, there are lesser-known flowering plants such as Arabidopsis thaliana with a small genome. Arabidopsis is a weed (also called thale cress) and has served as a model plant to understand universal plant processes. Since its genome was sequenced in 2000, it has been a valuable tool to identify genes for specific plant processes in other non-model plants. Embryogenesis in angiosperms has been well studied, and hundreds of genes regulating this process have been identified. In Arabidopsis, several embryogenesis-specific genes share similarity with genes from conifers, even though they are evolutionarily distant from each other.

Given that Douglas-fir is particularly recalcitrant to SE and little is known about the genes regulating this process, Yevtushenko, Vetrici, and Misra collaborated on a study funded by the Natural Sciences and Engineering Research Council of Canada, to search for Arabidopsis SE gene homologues (similar genes) in Douglas-fir. The Arabidopsis LEC1 gene (LEAFY COTYLEDON 1) is a master regulator of SE, important for SE induction in vitro. Using the sequence of Arabidopsis LEC1 (AtLEC1), the research team identified and isolated a LEC1 gene from Douglas-fir (PmLEC1). The focus of their studies was to characterise the function of PmLEC1 in SE in Douglas-fir and to see if this gene could function to complement an Arabidopsis mutant of AtLEC1.

Through identification of PmLEC1, the researchers have opened avenues to improve existing SE techniques for Douglas-fir.

Master controller of development
LEC1 is a transcription factor (TF) that controls embryo development. TFs are proteins within cells whose function is to regulate the expression of other genes. This occurs by TFs binding to specific regulatory regions of a target gene (part of the DNA sequence that does not encode a protein but is essential for the controlled expression of the gene) and switching the gene on or off. Genes encoding TFs are also themselves controlled by other TFs; in this manner, a complex network of TFs regulate gene expression in a cell, responding to particular stimuli, and ensuring that a gene is expressed (ie, made into a protein) only when required.

Identification of PmLEC1 led the researchers to study its expression pattern in Douglas-fir tissues and examine what stimuli control its expression. They found that a plant steroid hormone, brassinosteroid, along with osmotic and salinity stress conditions triggered the expression of PmLEC1. DNA sequence analysis revealed the presence of other embryogenesis-specific TF binding sites within the PmLEC1 regulatory region. This provides clues to stimuli that can induce PmLEC1 expression that, in turn, switches on SE in Douglas-fir. To examine the function of PmLEC1, further studies were performed whereby this gene was used to complement an Arabidopsis lec1-1 null mutant that is deficient in AtLEC1. Gene complementation involves inserting a functional gene into a plant that lacks that gene via transformation; in this manner, the function of the inserted transgene can be assessed.

The Arabidopsis lec1-1 mutant was rescued by PmLEC1, and the second-generation plants were characterised for the effects of constitutive PmLEC1 expression on plant morphogenesis. These transgenic plants expressed the protein PmLEC1, as detected using specific anti-PmLEC1 antibodies. The rescued mutant showed recurring SE in vegetative tissues, demonstrating that PmLEC1 can indeed trigger SE. Moreover, only the rescued mutant showed embryo-specific gene expression, confirming that the embryogenic process had been triggered. This is the first identification of a biomarker for SE in Douglas-fir.

Future of Douglas-fir
Afforestation and reforestation efforts have increased the demand for Douglas-fir in the Western world. While the long life cycle and unreliable seed production of this tree has been a problem for its cultivation, techniques such as SE have the potential to overcome these problems. Through identification of PmLEC1, Yevtushenko, Vetrici, and Misra have opened avenues to improve existing SE techniques for this species, such as inducing the expression of PmLEC1 gene under specific conditions. Clonal micropropagation of gymnosperms could therefore become the norm in years to come, to mass-cultivate Douglas-fir.

What are the next steps to ensure higher efficiency of Douglas-fir micropropagation? Is large-scale production of Douglas-fir through in vitro cultures a realistic possibility in a short time frame?

Somatic embryogenesis (SE) is the preferred choice technique over other pathways of plant regeneration in vitro, such as direct or indirect organogenesis, as it allows large-scale production of synchronised true-to-type plants within a short period of time. The SE process is suited to automation, which is vital to improve cost-efficiency in commercial in vitro plant production. Airlift and temporary immersion bioreactors are leading the recent technological developments in scaling up SE in many plant species, including Douglas-fir. On the molecular side, discovery and characterisation of PmLEC1 gene indicates a key role of this transcription factor in the regulation of embryogenesis in Douglas-fir, offering a unique opportunity to improve current SE protocols. We believe that transient expression of Douglas-fir PmLEC1 gene may present a new strategy to reprogramme somatic cells, induce SE, and greatly increase the efficiency of large-scale clonal propagation of Douglas-fir and, possibly, other conifers. 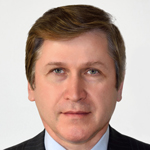 Dr Dmytro Yevtushenko is an associate professor in the Department of Biological Sciences at the University of Lethbridge, Alberta, Canada. His research focuses on plant improvement and food safety using modern techniques of molecular biology, genetic engineering, and plant tissue culture. 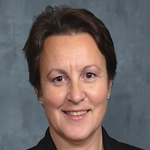 Dr Mariana Vetrici completed her PhD in biochemistry with a focus on plant biotechnology. She has extensive research experience in plant molecular biology, morphogenesis, and neuroscience. 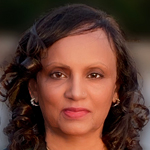 Dr Santosh Misra is a (retired) professor from the Department of Biochemistry and Microbiology at the University of Victoria, British Columbia, Canada. Her research focused on conifer embryogenesis, transgene expression, and plant tissue culture.

The research team studies the regulation of embryogenesis in Douglas-fir; their findings may lead to improved somatic embryogenesis protocols for clonal micropropagation of gymnosperms.