Arts & Humanities
For the first time in human history, digital surveillance technologies have allowed governments around the world to monitor almost everyone, almost everywhere, almost all the time. The public has largely accepted such measures as necessary in the fight against the Coronavirus. But are we right to passively accept the abandonment of our right to privacy – a fundamental human right – because we fear COVID-19 more? Regina Surber of the University of Zurich in Switzerland argues that it’s time to question the legitimacy of the anti-pandemic digital surveillance trend.

It was Nelson Mandela who said that “to deny people their human rights is to challenge their very humanity”. What light does this verdict shed on the restrictions that the majority of people worldwide have accepted as part of the global fight against the Coronavirus?

Lockdowns, travel restrictions, prohibitions against public assembly, promotion of working from home, and national vaccine programmes have become the norm for billions of people. In addition, digital surveillance measures have featured heavily in the strategies that countries have adopted to fight the global pandemic.

In a new essay, Regina Surber, from the Centre for Ethics at the University of Zurich in Switzerland, argues that such “virologically legitimised” measures, particularly digital technologies, may infringe human rights, particularly the right to privacy. They could also mark the transition to a new world in which global surveillance is accepted as a given from which we cannot row back. Surber, who is also a senior advisor to the international ICT4Peace Foundation and co-founder of the Zurich Hub for Ethics and Technology, believes that the public has accepted governmental anti-pandemic measures through a partly artificially induced state of “panic and latent fear” which can “fog much-needed far-sightedness”. She contends that it is time for a critical re-assessment of the digital pandemic management, of our individual role within a society stuck in panic, and of the shaping of our digital human future.

Impact of restrictions
Approximately 70 countries around the world have adopted emergency restrictions and measures to contain the spread of the Coronavirus and secure public health and order. Many of these restrictions may be thought of as infringing our human rights. For example, curfews and bans on gatherings may infringe freedom of movement and assembly, and the closing of schools and colleges restricts access to education. The move to online learning and healthcare may disadvantage those with no, or only limited, access to digital devices and the internet, and the shutting down of public life arguably threatens jobs and livelihoods and ultimately people’s right to work.

These emergency measures can also affect our mental health. Many people, particularly elderly people and those who already suffer from ill health, may have to isolate from family and friends. In addition, despite the economic intervention of some governments, people’s inability to work and changes in work patterns may lead to anxiety over lost or reduced incomes. General uncertainty about the virus and its origins, as well as unbalanced media coverage, may also increase public concern. Surber comments: “In attempting to secure public physical health, governmental restrictions may well be read as potentially putting public mental health in jeopardy.”

Global surveillance
Perhaps the greatest threat is the threat to the right to privacy posed by the emerging digital technologies that many governments have employed in their fight against the pandemic. Primarily aimed at analysing the spread of the virus, monitoring curfews and travel restrictions, as well as monitoring people’s vaccine status, Surber warns that these technologies may mark the transition into a world in which digital surveillance reigns supreme.

Surber divides the technologies into five groups: contact tracing apps, digital tracking, physical surveillance, censorship, and internet shutdowns. Her latest, unpublished work also examines a sixth category: vaccine passport apps. For example, to date around 70 countries worldwide have employed contract tracing apps to alert individuals who have come into contact with someone who has the virus. Digital tracking, which makes use of aggregated mobile phone location data, has been used by some 38 governments. Physical surveillance, including the use of facial recognition software and surveillance drones, has been used by at least 27 countries. Some 18 governments have utilised the rise of mis- and disinformation about COVID-19 to justify censorship. Internet shutdowns have occurred in at least four countries. Finally, vaccine passport apps, some of which track people’s precise locations, are already in operation in 14 countries and 17 more are in the pipeline.

Not all the technologies employed are accompanied by policies to protect people’s privacy. However, citizens have largely accepted such surveillance without question, believing governments’ arguments that it is a necessary part of the fight against the pandemic.

Politics and permanence
Surber argues that for restrictions on human rights to be justified, governments should be able to show that they are effective. However, with the new digital surveillance technologies, this is not always so. For example, they may depend on users having new mobile devices, which many do not, and some only work if functions are specifically enabled, which not everyone chooses to do. Surber cites France’s contact tracing app, which was downloaded by around 1.4 million people, even though in 2020 it was reported that only 14 notifications had been sent.

Surber is also concerned that governments’ emergency legislation should be “time-bound”. She comments: “Unfortunately, crises have a habit to fast-forward certain processes and instruments, whose consequences may not disappear once the crisis is over.” Despite the fact that lockdowns have begun to be eased in many countries, surveillance technologies are still in place, and vaccine passport apps “continue the trend of ever-greater monitoring technologies”.

The pandemic may also have led people to fear that even when it is over, another may take its place. Surber explains: “Pre-emptive fear may corroborate and consolidate national and global surveillance mechanisms and make us blind to our duty to question them.” Such fear has not been helped by the “unbalanced media coverage” and “political alarmism” that have added to the state of global panic, not least as some have argued that the very future of humanity is at risk. Though experts initially estimated the overall lethality of the disease at approximately 10%, the infection fatality rate has since been revised down to between 0.4 and 0.6%. As a result, Surber argues that the evidence suggests that the existence of humanity is not under threat. However, she adds a warning: the emergency measures legislated by governments to combat the pandemic may put at risk the human rights that are “the very seed of humanity”.

What next?
The pandemic may have resulted in the fact that for the first time in human history, digital surveillance technologies have allowed governments around the world to monitor “almost everyone, almost everywhere, almost all of the time”. However, Surber argues that as humans we are arguably unique in our powers of reflection and judgement. It is therefore up to us to ensure that, in the face of the Coronavirus, we do not let global panic lead to long-term “latent and passive fearfulness”.

We must regard the ‘biggest crisis of our generation’ as an invitation for introspection, an increased level of self-understanding and self-empowerment.

Surber contends that we all have a part to play in making sure that the measures used to fight the pandemic do not lead to the infringement of human rights. She explains that it is a “civilian duty” to reflect on government measures and that we should replace the current “global state of excessive emotionality” with individuals’ power of judgement and reason. She comments: “Not only the pandemic, but also the panic must stop”.

Similarly, the media has a responsibility to “curb fear and provide well-balanced facts in order to push global society back to reason”. Governments must also ensure that any anti-pandemic measure, including the approval of vaccines, is accompanied by science and is wherever possible “scientifically substantiated”. Only then can the public effectively balance the costs and benefits to society, and to individuals.

Surber argues that “it is not too late to pull the emergency break”. She concludes: “We must regard the ‘biggest crisis of our generation’ as an invitation for introspection, for an increased level of self-understanding and self-empowerment, and as a reminder that no one ever loses one’s ability to choose.”

<>No. No conscious human creation is inevitable. What we choose to create we can also always choose to un-create. What some have chosen to create, others can always choose to un-create. The ‘capacity of choice’ is key. The problem with the corona pan(dem)ic and its unbalanced media coverage is that it blurs our awareness and lets us forget that we all have this capacity. It would be wise to act from this place of awareness, and not from a place of fear. This would allow us to calmly observe and evaluate what is truly happening behind the pandemic scene, and then actively choose what world we want to live in, and also act accordingly. Moving into a balanced and human global future puts tremendous responsibility on every one of us.

Is the Corona pandemic a gateway to global surveillance? was last modified: September 24th, 2021 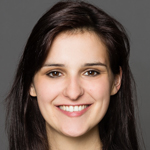 Regina Surber is a PhD candidate at the Center for Ethics at the University of Zurich, Switzerland, and Senior Advisor to the ICT4Peace Foundation and the Zurich Hub for Ethics and Technology. Her dissertation is a critique of modern just war theory. For ICT4Peace, she analyses ethical, social, and political aspects of emerging technologies.

Surber reviews the digital surveillance measures that governments worldwide have adopted in their attempt to address the COVID-19 pandemic.