Behavioural Sciences
In “Couples Bickering”, Guodong Yu, Yaxin Wu and Paul Drew use conversation analysis on candid, everyday conversations in Mandarin from China in order to understand communication and social action. Using the relationships in interaction of arguments and conflicts found in conversations between couples, they show how there are many linguistic and grammatical ways that conflict can be limited to bickering, rather than resulting in a damaging breakdown.

Couples Bickering arises from the project ‘A Conversational Analysis of Speech Acts’ conducted by Guodong Yu and Yaxin Wu which concerns interaction and communication in ordinary social conversations in China. The researchers used recordings of real-life conversations between friends, partners, and family members to conduct extensive research into how language is used to conduct the ordinary business of their social lives.

The project focused particularly on the social actions in which people engage in interaction, such as inviting, offering, promising, requesting, making proposals, seeking information and advice and, in the case of this paper, couples bickering. All these actions are at the heart of social relationships; they are the means by which we build and maintain, and sometimes destroy, our social relationships.

Their paper is an investigation into conflict and discord in conversations between couples in typical households in mainland China. Their research demonstrates that although couples argue with one another, they manage to keep their arguments under control through a variety of communicative practices that mitigate or reduce the force of their arguments. The result is that when couples ‘bicker’, they argue in such a way that the interactions do not result in breakdown (walkouts, shouting matches and the like), or otherwise lead to irreversible breakdown.

The methodology was to use voluntarily-supplied conversations from people living in Shanxi Province in China, who were asked to turn on recording equipment when it was convenient. The language used is Mandarin Chinese, and the conversations were chosen from over one hundred hours of recordings, which have been recorded from 2009 to the present. The three cases used in this study were heterosexual couples in their 20’s and 30’s. The authors used Pinyin Mandarin, literal English translation, and idiomatic English translation in their transcripts; we will just use the latter to save space. Likewise, we will only look at one of the featured conversations. Since Mandarin is Sino-Tibetan and English an Indo-European language, it is quite hard to translate exactly, and we will point out any linguistic and cultural modifiers that need explaining such as capitalised letters at the beginning and end of sentences which are Chinese particles. The conversations were studied using Conversation Analysis (CA), a method which relies on three pillars: action, turn design, and sequence.

10 Wife: I don’t feel comfortable (lit: my body is not comfortable).
11 Husband: Whenever it is time to cook, then you are uncomfortable.
14 Wife: No. No matter what, I’m not taking care of the cooking, you have to cook the lunch.
15 Husband: I’ll cook, but we first discuss about what to have for lunch LE ME.

Their paper is an investigation into conflict and discord in conversations between couples in typical households in mainland China.

Repair initiation through repetition
In example #1 above, when asked by the husband what they are having for lunch, the wife, after a half-second pause, answers “Lunch?”. This, like the response Huh? or What? indicates some scepticism about the previous question, in this case that she knows he expects her to prepare lunch. His minimal response of “Yeah” reaffirms this idea, and does not seek to repair the obvious disaffected dynamic of the conversation. The wife pauses for a whole two seconds before assertively indicating what she wants for lunch, and asking if the husband could go out to get some vegetables. This leads the conversation to open dissent with the husband refusing to do so. It is now clear that his initial enquiry was expecting her to do all the work.

Rejections and rebuttals
This refusal by the husband to get the vegetables is an example of rejection or rebuttal, and he then goes on to reverse her directive and asks her to go. There is a form of mitigation of criticism later in the conversation after the couple agree that he will go to get the vegetables and then clean them while she will cook the food. There are features of rebuttals that somewhat ‘lessen’ or mitigate their force, through being formed indirectly. He criticises the wife for not yet having cooked the rice in #4, and she uses laughter as a rebuttal to mitigate the criticism that although he has agreed to do half the work, she hasn’t yet started her part. Furthermore this prevents escalation of the bickering by avoiding the anticipated rebuttal of his criticism.

Notably, Wi begins speaking “Every time . . .” in overlap with H’s ‘kuai’/’soon’. i.e. she begins in overlap.
115 Wife: Hey, have you finished playing your game LE YA? Why are you so troublesome?
116 Husband: A minute. a minute. Wait a minute. Finish it very soon LE.
117 Wife: It is the same every time. Whenever it is time to cook LE, then you start to play games YA, and many things come to you LE. At other times, I have not found that you have so many things to deal with. Once it is time to cook, then you begin to play games, listen to songs for a while YA, look into the mirror for a while. Why do you have so many things to do le? Stop playing LE.

143 Wife: Then just go there and buy the vegetables BA, and I stay home to get the rice cooked. When you come back with vegetables, then you wash the vegetables. I do the cooking. OK MA? In this way, anyhow, is it OK BA?
144 Husband: What have you done just now? The rice has not been cooked yet?
145 Wife: Anyway
146 Husband: You have even blamed me?
147 Wife: Ha ha ha.

Practices associated with complaining
The action most associated with conflict and dissatisfaction with a partner is complaining, although the data would seem to suggest that generalised complaining by one coparticipant is often shoe-horned into specific or local situations, where it typifies a behaviour that is unwanted, and becomes a form of complaining practice. In the example #4, after the wife says she won’t cook the lunch because she doesn’t feel strong, the husband uses whenever as a way to make a broader complaint about her reluctance to do the cooking in general. In #3, the husband has agreed to the division of labour for preparing lunch, but decides he wants to play a couple of rounds of a computer game before he goes to the market. After a few minutes she chides him for not going by calling him troublesome, which is a criticism of his procrastination in not only this case, but also in general.

Type-nonconforming responses
Research shows that the form of a question, for example whether it is a simple yes/no question (polar interrogative) or a more open one, constrains the possible answers of the reply. In the case of polar interrogatives, the limitation of answers to yes and no is known as a type-conforming response as the question places grammatical constraints on the subject. If the recipient of one of these questions does not respond with yes or no, they produce a nonconforming response, that is, one that resists these constraints and thus resists both the terms and essence of the question itself. This is a way in which conflict within a bickering couple can be kept less explicit. In #4, the wife has set up a compromise that he will buy and wash the vegetables and she will cook them and the rice. She follows this up with the polar interrogative ok? which he ignores. He replies with another question in which he admonishes her for not having done anything, though mitigates this by using the passive voice that the rice hasn’t been cooked, not that she hasn’t cooked the rice.

Exclamatory turn initial particle ‘aiya’
In #1 we see the wife using the initial the exclamatory particle ‘aiya’ at 06. In Mandarin Chinese, this is a disaffiliative marker that serves prospectively to foreshadow discordance in the upcoming turn. In this case it disaffiliates, or separates, the wife’s desire to have rice and vegetables for lunch from their relationship, and so seeks to indicate that lunch is not intrinsically her responsibility within the relationship.

Turn-ending double particles
Also in Mandarin Chinese, these disaffiliative markers can also be used retrospectively with the conjoined uses of particles ‘le’ and ‘ya’ and ‘le’ and ‘me’ which can be found in the example of bickering above at #3, 115. In this case, the wife’s question as to whether he has finished playing his game or not, is a precursor to her making a general complaint about him in the next turn.

Conclusion
In conclusion, the authors demonstrate that these are some of the linguistic practices that enable couples to restrict their argument to a relatively low-level way thereby preventing conflict from escalating into outright or irreversible conflict which could lead to the breakdown of the relationship – it remains merely bickering.

Do you think the participants changed their conversations because they knew they are being recorded?

This is often asked about our work, based in recordings of naturally occurring interactions. The answer is unambiguously no – or at least, not in ways that would make a difference for our detailed analyses (people can’t control or adjust their verbal conduct at that level of precision and detail, sufficiently to make a difference to technical linguistic analysis). We do work on medical interactions, police-citizen interactions and the like, in all of which the action is too fast moving to be staged. So too is ordinary social interaction. 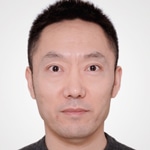 Yaxin Wu (PhD, Guangdong University of Foreign Studies, P.R. China), also Professor of Linguistics at Ocean University of China. Publications in communicative strategies, metapragmatics and the interface between pragmatics and social psychology, miscommunication and personal relationships in language and social interaction. Research on particles in Mandarin. 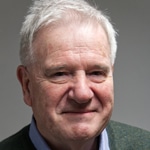 Paul Drew is Professor in the Department of Language & Linguistic Science, University of York, UK. He holds Honorary Visiting positions at Shanxi University, China, and the University of Huddersfield, UK. He conducts research into the basic organisations and practices of ordinary social interaction, and also into more institutional and workplace interactions – particularly medical interactions – where language and communication practices are more specialised.

To explore how Chinese (Mandarin) speakers use language in their everyday social world.