Health & Medicine
Hearing loss can cause severe disabilities and impair daily life. Cochlear implants may be an option for those who experience extreme deafness, but there are long waiting lists for potential recipients in countries with limited healthcare options. Paula Greenham of Greenham Research Consulting has investigated what factors are most likely to result in improved quality of life for individuals requiring a cochlear implant. Interestingly, the most significant predictor is the inability to successfully speak on the telephone prior to receiving the implant.

The ability to hear is arguably the most crucial sense for people’s happiness: chatting with family and friends, listening to the spring-time melody of bird song or finally going to see your all-time favourite band live. It is a sense that a lot of us take for granted. Virtually everyone has experienced the loud ringing and muffled hearing in their ears after listening to something too loud and just assumed it would wear off in time. But what if it didn’t? Hearing loss can occur for a number of reasons – listening to loud sounds for too long, ageing, certain medications, infections such as meningitis, or for some it can be unlucky genetics. Loss of hearing is no trivial thing. So, what are the options for people who lose this crucial ability?

How do we hear?
Before we discuss the treatment options, it is important to understand how we hear. The outer ear, which we can all see, is cup shaped which allows it to gather sounds from the environment that are then directed down the ear canal. Sound travels down the canal through an air cavity before reaching the eardrum. The eardrum vibrates in response to a sound wave which, in turn, vibrates the three bones of the middle ear: the hammer, the anvil, and the stirrup. The vibration is passed on to the inner ear – a snail-shaped structure consisting of fluid-filled chambers called the cochlea. Hair cells which act as sensors line the cochlea and convert the sound vibration into an electrical impulse that can be interpreted by the brain. In many people, especially those who lose their hearing due to age, hearing loss is caused by damage to these hair cells. The impulse travels along the auditory nerve via the brainstem to the brain. Here, it ascends through different structures in the brain, allowing us to convert the vibrations into something we understand as sound and, ultimately, speech.

Cochlear implants and quality of life
A cochlear implant is an option for individuals who experience severe hearing loss or are deaf. It’s important not to confuse a cochlear implant with a hearing aid, which amplifies sound before it reaches the ear drum. A cochlear implant bypasses the damaged ear and delivers the sound directly to the hearing nerve. It is an electronic device with two separate parts, one which sits behind the outer ear and one which is surgically implanted into the inner ear. In the portion behind the outer ear, a microphone is used to pick up sounds and send them to a speech processor. Once processed, the sound is transferred to a transmitter which converts the sounds into an electrical impulse (like the hair cells). The impulse is transmitted to an electrode array within the inner ear which stimulates the auditory nerve, sending the message to the brain. The sound from a cochlear implant may not seem clear at first, but with practice users can hear speech and environmental sounds in a normal way.

Healthcare interventions are often measured by their ability to improve an individual’s quality of life. Quality of life is measured as a health utility score. Commonly, three questionnaires are used to assess a person’s health utility score. One questionnaire in particular (the HUI mark 3) is used as a means of measuring overall quality of life in individuals with hearing loss, and how cost-effective treatments are. The utility score ranges from 0 to 1, where 0.7 is a severe disability, 0.88 is a moderate disability and >0.88 is considered mild or no disability. An improvement of 0.1 is seen as clinically important. Measuring the improvement in quality of life is important because this is the ultimate goal of providing any medical treatment.

Individuals who have communication difficulties with strangers or when answering a phone call have the most to gain from this health intervention.

The study
Paula Greenham and her co-authors aim to provide clinically relevant information about potential health gains of cochlear implants. In particular, they aim to provide guidance for clinicians who need to prioritise patients for implants when the waiting lists are large.

A total of 175 cochlear implant recipients in South Africa were recruited for the study. Of these participants, 137 had a follow-up after the first year, 97 after the second year and 75 after the third year. Out of these patients, 59% had a significant improvement in their quality-of-life scores which was maintained for the second and third follow-ups. 77% were able to hear speech, even in more challenging situations, when using the cochlear implant. Cochlear implantation improved quality of life and reduced the degree of disability caused by the hearing loss. However, a small improvement in hearing did not always result in an improvement in the quality-of-life measure.

What are the predictors for the greatest improvement?
It was found that age, sex, or duration of deafness had no impact on quality-of-life gains. Instead, the researchers noted that individuals who had the most severe hearing impairments were the ones with the biggest gains in quality of life. In a real-life context it was the inability to use the telephone prior to the implantation, which was then reversed by the implant, that was the biggest predictor of significant quality-of-life improvement. Telephone use can seem a small thing which most other people take for granted. Individuals who reported that strangers found it difficult to understand them were twice as likely to have improved quality of life. In addition, individuals who reported being unhappy prior to the implant seemed to be twice as likely to gain significant improvement.

It must also be taken into account that the study can only include individuals who are literate and able to perform self-assessment. This means some biases do exist in the research. Nevertheless, this work represents an important guide for healthcare providers who need to make difficult decisions about which patients should be given priority for cochlear implantation. It appears that individuals who have communication difficulties with strangers or when answering a phone call have the most to gain from this health intervention.

Do you think the predicting factors for improved health utility score change depending on the country and its socioeconomic status?

No. Struggling to hear on the phone even with a hearing aid is a universal indicator that a cochlear implant (CI) may be required. Individuals with better hearing can also benefit from a CI, but only those in better-resourced countries tend to have access to them.

Hearing loss: who gains the most from cochlear implants? was last modified: December 21st, 2021 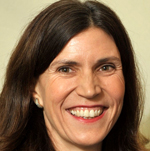 Paula Greenham has worked with cochlear implants for 25 years, both commercially and for the UK’s National Health Service. As director of Greenham Research Consulting, she provides scientific and writing support for a range of studies and projects, and is passionate about raising public and professional awareness of implantable hearing technologies.

This work was funded by Cochlear Europe Limited.