Whilst we may understand creativity in our everyday lives to mean art, story-telling or an imaginative solution to a domestic problem, the term has become the focus for much research, and academically speaking has a much deeper and more complex meaning. At the most basic academic level, creativity is the ‘state of being creative’ or ‘the process by which one utilises creative ability’; and it is generally accepted that creativity involves the production of novel and useful ideas and products, as well as the ability to transcend traditional ideas and patterns of thought in order to create these new and meaningful things. Creativity has also been interpreted in research literature as motivation, blind variation, divergent thinking, the ability to discover new problems, the complex phenomenon of the journey from an idea to a product, as novel and useful, as distinct cognitive capability and the emergence of a new idea through experimentation (Walia 2019). Creativity has also been considered sometimes as a socio-psychological phenomenon – one in which an individual’s personality interacts with its social and cultural environment; whilst acts of creation may be individualistic, they are social in origin (Walia 2019). Most modern research into the topic defines creativity by the novelty and usefulness of the creation, where novelty is the originality of the idea and usefulness is the appropriateness of the solution to a given problem (Walia 2019).

However, this judgement of whether something is creative or not based on its novelty and usefulness is problematic. Ideas are obviously an outcome of creativity, but can creativity be defined in terms of ideas? For example, if an author came up with a new idea for a novel, wrote it and sent it to their publisher, but their publisher did not like it (i.e. did not think it would sell, and therefore be useful to the business), it would not be published. People would not read the book, and by the most accepted definitions of creativity, the writing of the book could not be defined as creative. The judgement of this was made by the publishers, an entity who had nothing to do with the creative process of the writer, and the judgement was made only on the end product, not on the process itself. It is possible for an act to be creative, but for the creation to be disregarded. It appears to be the case then, that the creation cannot define the creativity itself (Walia 2019). 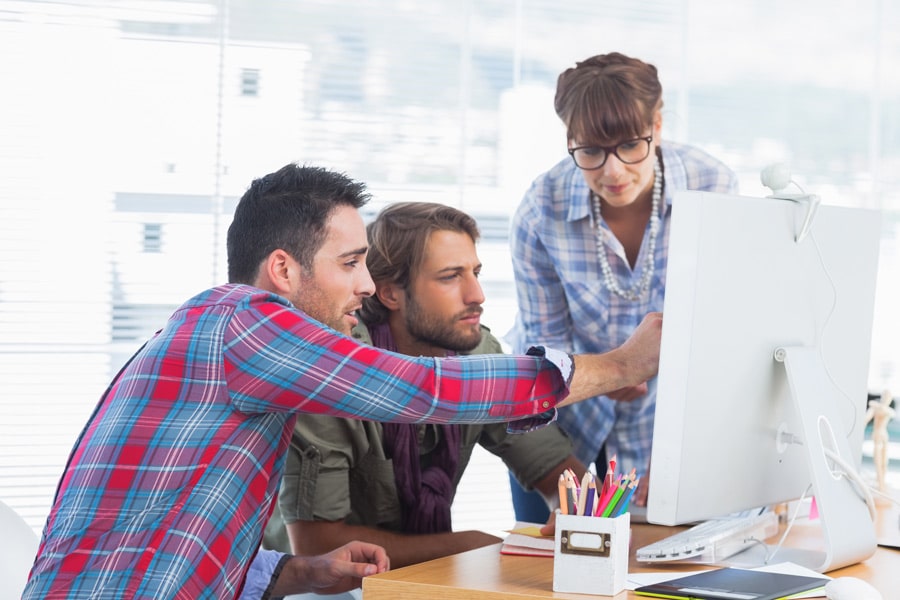 Ideas are obviously an outcome of creativity, but can creativity be defined in terms of ideas?

Walia states that the problem with considering creativity as synonymous with creation is that creation can only be judged (on its novelty and usefulness) when it is concluded. This disregards the fact that creativity was active throughout the process of creation. It does not seem right, for example, that we should consider the unpublished author’s writing of their novel as without creativity just because it is not considered new or useful by the publisher. It may in fact be that the writer sends the manuscript to another editor, who finds it good enough to publish – creativity is based on perception only, and is affected by perhaps the cultural and historical factors affecting either publisher, or the contemporary events surrounding the receipt of the book by either. Creative acts can take varying amounts of time to come to ‘fruition’; there can be years between the conception of an idea and the implementation of it into an invention or methodology. It may have taken the author ten years to write their book. Again, it would seem remiss to only consider the creativity once the conclusion had come to pass.

Walia suggests that to understand creativity dynamically, all the elements of the creative act need to be taken into account. Based on the literature he reports these elements to be: ‘creativity is an act’, a human activity leading to something new is an act of creativity; ‘creativity is a production and not a reproduction’, productive activity occurs when new experiences react with existing knowledge to create new ideas for the future; ‘creativity acknowledges a disequilibrium’, the acknowledgement of a certain disequilibrium gives rise to a need to be creative; and ‘creativity is about sensitivity in perceiving a problem’, the presence of sensitivity creates or identifies disequilibrium in the environment that triggers cognitive abilities to think of productive actions. Drawing on the elements described, the dynamic process of creativity can be laid out as follows: an individual’s cognition interacts with the social environment, perceives the environment in a certain way, acknowledges disequilibria, interacts with the cognition’s past experiences/current knowledge triggering creation of images in the form of a productive or creative activity. Thereafter, the creative activity may or may not lead to a physical/ideological creation. This creation too may interact with the environment, and feedback to the creator may cause the creator to start again or modify the process. Alternatively, the creator moves onto something new, beginning a completely novel creative process. This view sees creativity as dynamic, rather than an act that ends itself. From this perspective, creativity did not end when the author finished writing their book; after the first publisher rejection, perhaps they made some manuscript edits before sending it to a second publishing house as a reaction to the negative response. In another scenario, the rejection could have led to the writer starting a new project entirely, based on the fact that the subject matter of their rejected novel was not popular (novel or useful) enough.

Walia’s 2019 research concluded that creativity is best understood when it is considered as an ongoing act, regardless of when it leads to creation. He even suggests that once the point of creation is reached, novelty and usefulness may be hard to measure, in which case, taking into account the context and the various factors influencing the creative process may be a necessity to make a value creation judgement. In addition, it may be that some creations are unsuccessful for original creators, but that another creator may adapt the idea based on their own knowledge and experiences and generate a more useful product. In this instance, acknowledgement of the full creative process would recognise the creativity of all creators involved. Traditional definitions of creativity based on the novelty and usefulness of creations are too limited to engender an understanding of the full story.

…creativity is best understood when it is considered as an ongoing act, regardless of when it leads to creation.

Negative creativity and destruction
This new dynamic definition of creativity can be used to better understand creativity in social environments such as firms, public institutions and government. In these workplaces, creativity is already defined by the decision makers within a predetermined context, for example, within some firms, creativity should lead to new and profitable business. It is the decision makers within these environments who will decide on the novelty and usefulness of creative acts based on whether they fulfil their goals. Value is placed upon creativity based upon expected outcomes rather than the creative act itself, and the pursuit of these outcomes can in some instances lead to negative creativity. A firm drilling for oil for example, in the pursuit of increased sales, a useful creation for the company profits, contributes to the creation of greenhouse gases and global warming. This is a case of systemic creation, and responsibility can therefore not be attributed to a single creator.

In circumstances such as these, decision makers are often unable to take a holistic view, and things we would agree on as destructive outcomes are the result of an initial creative process. Take for instance advertisements for tobacco products that lead eventually to lung and heart disease and sugary snacks and drinks which have contributed to the global obesity epidemic. At some point all of these adverts fulfilled the criteria of being novel and useful for the companies selling the products – but the outcome following creation in such cases is actually a form of destruction. Being able to view the creativity as going beyond the initial creation allows us to see this.

In many cases, the destructive behaviour of a creation may not be anticipated by the creator during the creative act; the creativity itself cannot be defined as destructive. However, once the negative effect of a creation was understood, the continued use or development of such an idea/product should be considered destructive rather than creative. This is intentional harm. Walia suggests that creativity by itself is neither negative or positive; creators and decision makers shape creations based on their own motives, and it is these creations themselves that prevent or cause harm, and whether the product is constructive or destructive is always going to be a matter of convenience for those making the judgement. 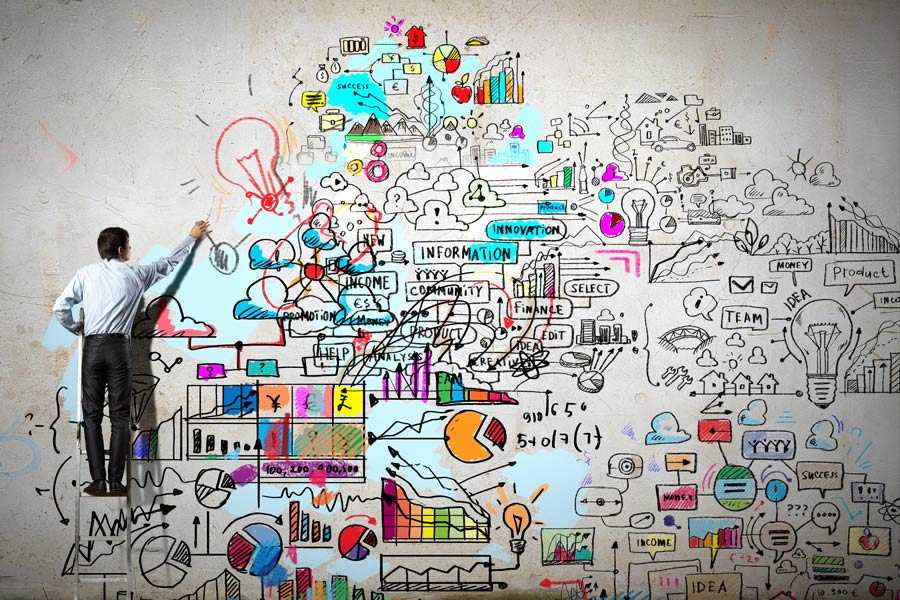 Can you explain how you might apply this dynamic definition of creativity practically in the workplace?

Decision makers may take cognition that their intent induces creative outcomes. In other words, creative contributions are sought in response to business goals. Ideas are generally considered nonviable or not useful if they don’t make business sense. These behaviours though seem logical overlook the matter of problem perception. A creative act begins with a certain acknowledgment of disequilibria or a problem. Decision makers in firms largely have a preconceived context related to a firm’s aspirations. Instead of judging a creative input within a predefined problem construct, strategists may be better served in also understanding the unique problem that may have been perceived by the creator. In that manner firms may truly be solving a unique problem in itself.

Creative or destructive: The perspective may be a matter of convenience was last modified: April 15th, 2020 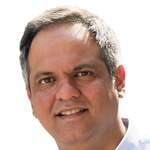 Chetan Walia is the CEO of BeOne Foundation for Transformational Leadership. Chetan has a broad spectrum of research and consulting experience in the domain of creativity, innovation, strategy, strategic decision-making, and family owned businesses.

BeOne provides creative solutions for businesses who want to innovate the future.

Walia, C., 2020, "Creative or destructive: The perspective may be a matter of convenience," Research OUTREACH (113). Available at: https://researchoutreach.org/articles/creative-or-destructive-the-perspective-may-be-a-matter-of-convenience (Accessed YYYY/MM/DD)