Behavioural Sciences
Teenagers often take risks and make poor choices around their sexual health. In young people, particularly those living in deprived areas, HIV, sexually transmitted infections and unplanned pregnancy remain major challenges. Dr Dianne Morrison-Beedy of The Ohio State University College of Nursing, Columbus, Ohio, USA, has developed an evidence-based sexual risk reduction intervention for adolescents called The Health Improvement Project for Teens (HIPTeens). This CDC and DHHS-recognised programme has been adapted to different cultures and environments across much of the US and now extending internationally, with demonstrated reductions in multiple risk behaviours in teens.

The stage between childhood and adulthood is traditionally a time to test, push and break boundaries. The teen years are often associated – sometimes fairly, sometimes not – with risky behaviour and unwise decisions. This can affect all aspects of adolescent life, including sexual health. While teenagers represent only a quarter of sexually active people, they account for half of all diagnosed sexually transmitted infections (STIs). Fortunately, many of these diseases are easily treated, but some teenagers will be left with lifelong consequences.

Worldwide, nearly 90% of heterosexually-acquired cases of HIV occur in girls. Girls from low-income, urban environments have been found to be particularly at risk for HIV and other STIs. They are also more likely to experience unintended pregnancy, leading to failure to finish school, unemployment or low-wage jobs. Interventions that aim to reduce sexual risk-taking in girls and young women, therefore, have the potential to make a drastic improvement to their lives. Targeting sexual risk behaviour
Dr Dianne Morrison-Beedy of The Ohio State University College of Nursing is an expert in sexual risk reduction and teen pregnancy prevention. Several years ago, Dr Morrison-Beedy led a large, randomised, controlled trial to investigate how effective a sexual risk-reduction intervention could be in reducing sexual risk behaviour in adolescent girls. With very little research addressing this population, The Health Improvement Project for Teens (HIPTeens) addressed the issue of both starting and maintaining needed risk-reduction practices. The trial was particularly focused on sexually-active girls from low-income, urban areas. In total, 738 girls aged between 15-19 participated in the study. They were predominantly (69%) African American and impoverished with an average age of 16.5 years.

The girls and young women who received The Health Improvement Project for Teens (HIPTeens) intervention reduced their risky sexual behaviour.

The research examined whether a gender-specific, theoretically-driven sexual risk-reduction (SRR) intervention, combined with subsequent “booster” sessions, was effective in reducing risky sexual behaviour in the participants. The intervention took the form of four weekly two-hour sessions, held in small groups facilitated by trained female leaders from diverse backgrounds. The participants were provided with information on HIV/STIs and other sexual health topics, delivered in the form of games and other interactive activities. “Booster” sessions, lasting 90 minutes, were given 3 and 6 months after the initial intervention. A control group received the same number of sessions, but they focused on other health issues, such as nutrition and anger management.

Dr Morrison-Beedy hypothesised that the participants in HIPTeens would have less unprotected sex and fewer partners than those in the control group. The results showed that this is just what happened: the girls who received the HIPTeens intervention reduced several sexual risk behaviours over the following year. They were more likely to be abstinent and reduced their total sexual episodes compared to the control group. There were also fewer pregnancies in the HIPTeens group during the year. While STI rates were unchanged this was likely due to relatively low starting prevalence within the entire group.

HIPTeens: tackling sexual risk in teenagers
Using the valuable insights gained from the original study, Dr Morrison-Beedy went on to refine and develop strategies to move this effective and critically needed intervention from research into communities. On average, it takes seventeen years to move findings from research into practice, and Dr Morrison-Beedy was committed and successful in accelerating the translational process and moved HIPTeens into communities in less than five years. Notably, the project is recognised by the Centers for Disease Control and Prevention (CDC) and the US Department of Health and Human Services (DHHS), and has been proven to reduce multiple risky behaviours in teens, which lead to STI and HIV transmission, as well as preventing teenage pregnancy, and staff across organisations can be quickly trained to provide HIPTeens.

HIPTeens is effective, in part, because it targets the motivations behind risky behaviour. In 2017, Dr Morrison-Beedy and her team returned to the data collected in the original study to delve deeper into the motivations behind the sexual choices of the participants. Worryingly, girls and young women who expressed motivations for sex as a way to cope with negative emotions, appease their partner, or boost their confidence or perceived attractiveness, were also likely to show symptoms of depression. Recognising that mental health issues are an increasing challenge for adolescent girls combined with the findings from this study on motivations driving sexual decision-making, suggests that interventions, such as HIPTeens, that tackle these negative emotions, are very much needed in sexual risk reduction interventions.

Knowing that large numbers of teens also have experienced negative life events, the research team have woven a trauma-informed care focus in training those who will provide HIPTeens and materials in the intervention have been tailored using universal design for learning (UDL) to improve access for teens with intellectual and learning disabilities. HIPTeens is a completely manualised, medically accurate intervention with fidelity assessments to ensure the programme is provided as developed.

HIPTeens is effective because it
targets both the motivations behind risky choices while providing needed skills for
communication, negotiation, and building resilience.

Taking HIPTeens international
HIPTeens was developed to be easily implemented and used by organisations, schools, and clinical settings that serve adolescent girls in need of a brief, tailored intervention that works. It has been adapted to the specific challenges and cultural background of girls and young women in different parts of the world and across different settings. In 2017, Dr Morrison-Beedy led a study in Edinburgh, Scotland to assess the sexual risk behaviours of a group of teens, with a view to discovering whether an intervention like HIPTeens would be useful in that environment. Despite a number of new measures to protect the sexual health of young people over the last decade, STI and HIV infections and unplanned pregnancy remain a problem among many Scottish youth. As in other parts of the world, including the US, teenagers in economically deprived areas remain particularly vulnerable. Understanding the knowledge, motivations and skills for protective behaviours in Scottish teenagers is the first step towards adapting an intervention like HIPTeens to the specific needs of the population.

The Edinburgh study included both male and female teenagers between the ages of 16 and 19. In total, eighteen young people took part in a series of questionnaires and focus group activities, during which the team asked a range of open-ended questions on sexual health issues. For example, the participants were asked whether they felt they were given enough information on HIV and STIs, and where they got that information; the teens unanimously agreed that having the facts was not the same as knowing how to actually practice safer behaviours. They also revealed the challenges that drugs and alcohol contribute to unhealthy sexual behaviour choices and that substance use and sex are not connected in educational curriculum on health topics in school.

One important point uncovered by the Edinburgh project was that the scottish teenagers perceived themselves to be far less able to talk openly about sex, compared with their american counterparts. Most felt that gaining skills in communication and negotiating with a partner, and having safe opportunities to practice these skills in a programme, are important, but missing, experiences as they try to navigate their sexual health choices. Many also reported that many of their sexual risk behaviours took place in public settings and that often led to difficulty in discussing or assuring consent of their partners.

The specific circumstances, attitudes and experiences of the participants in the Edinburgh study highlighted the variety of ways in which HIPTeens might need to be adapted to remain relevant in different environments. Nevertheless, the goals of HIPTeens – to focus on targeting motivations behind risky sexual behaviour, and building skills for protective choices from a “menu” of options – are universally relevant. The programme can be adapted to groups of different sizes, ages, genders,and sexual orientation, and is rooted in years of scientific evidence.

Despite the medical advances of the twentieth and twenty-first centuries, HIV and other STIs, and unintended pregnancy, remain very real challenges in the lives of many teenagers. Effective interventions like HIPTeens may prove to be one of the best tools available for improving the sexual health of young people.

Are there currently any plans to take HIPTeens to other parts of the world?

HIPTeens is currently being disseminated to at-risk African, Caribbean, and Black Canadian teens and also to recent refugees primarily from Afghanistan, Congo and Burma. Work continues modifying HIPTeens for UK youth. As word of this brief, effective intervention spreads, we expect considerable movement into global communities.

Morrison-Beedy, D, et al. 2019. Adolescents in Scotland: Challenges and Opportunities for Sexual Risk Reduction. Journal of the Association of Nurses in AIDS Care 30(6):619-629 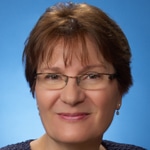 Dr Dianne Morrison-Beedy, Professor at The Ohio State University, was inducted into the International Nursing Research Hall of Fame for HIPTeens: The Health Improvement Project for Teens, recognised by the CDC and US Dept of Health & Human Services as an exemplary evidence-based intervention for HIV/STI and teen pregnancy prevention.

An objective, holistic and fair tool for measuring productivity
Business & Economics
Read This Article
When the body turns against itself: Amyloid-based diseases
Health & Medicine
Read This Article