Intellectual humility – the conscious awareness of the limits and fallibility of one’s intelligence – is a virtue in the search for wisdom. But is what’s true for philosophers also true for deeply religious people whose humility is tied to unquestioning deference to the divine? It is a question that both baffles and inspires those studying the psychology of religion. Dr Peter C Hill, a professor of psychology at Rosemead School of Psychology, Biola University, has led a team to find a theistic measure for intellectual humility.

Humility is considered a virtue by many religions. Similarly, centuries of philosophers have pointed to the virtuousness of humility as a means of finding the truth. Stubborn adherence to opinions hinders clarity of thought. An open mind links to one of humility’s offshoots: intellectual humility. It has multiple definitions, but it is generally the conscious awareness of the limits and fallibility of one’s intelligence. If there’s a motto for humility, it is in the purported words of Socrates: ‘I know that I know nothing’. However, whereas in philosophy, humility is central to the search for wisdom, core to humility in religious texts is complete submission to divine authority. For the religious, humility is tied to deference. But such unquestioning allegiance appears to be incongruent with the definition of humility. So, is theism conducive to humility in thought? Can deeply religious people also be intellectually humble? A team of psychologists and philosophers from Biola University, a private Christian institution in La Mirada, California, in the United States, have spent years trying to find out.

Dr Peter C Hill is a professor of psychology at the Rosemead School of Psychology based at Biola University. Together with fellow psychologists, professors Elizabeth Lewis Hall and David Wang, and Professor Kent Dunnington, a philosopher at Biola, Hill has challenged the idea that people who hold strong religious beliefs are low in intellectual humility. They question the reasoning that intrapersonal intellectual humility would undermine strength in faith. Current research supporting this argument suggests that intellectual humility is not only negatively related to the strength of religious belief in general, but that it can undermine peoples’ faith in the divine, even to the point that it may affect their mental health and general wellbeing. Central to the team’s research has been the speculation that an answer may lie in how we define and measure intellectual humility.

If intellectual humility is eudaemonic, why are intellectually humble theists supposedly so miserable?

Hill and his team suspected that an answer lies in the perceived incommensurability between religion and science, especially in their chosen discipline – the psychology of religion. In proposing a dialogical model between religion and science, they surmised that if the control beliefs in science differ with those of faith, they should design a measure of theistic intellectual humility – one that embraces its broader definition but is sensitive to cultural contexts. In a study supported by The John Templeman Foundation, they compiled a list of 66 statements they considered expressive of intellectual humility from a Christian perspective. After revision from leading philosophers, theologians and psychologists who were specialists in humility, they expanded the list to 77 statements. Finally, they presented these statements in an online survey to 353 respondents who self-identified as Christian, with the instruction to rate each statement on a six-point scale ranging from ‘strongly disagree’ to ‘strongly agree’.

The first two factors specifically address theistic beliefs – the degree to which Christians understand humility in the context of their relationship to God as a personal transcendent being. Factor 3 is slightly different in that it focuses more on epistemological limitations and biases in comprehending the complexities of religious beliefs. For Hill and his team, these 11 statements would be the cornerstone of a theistic intellectual humility scale (TIHS). All they needed to do was test its validity.

Testing the test
The best way to test their TIHS was to pit it against comparable scales. To do this, Hill and his team invited 296 respondents from an online search of self-professed Christians and students at a small liberal-arts Christian university to complete a series of ‘standard’ scales to measure intellectual humility, pride, closed-mindedness, social vigilantism, and narcissistic personality, and a five-point personality inventory that measured extroversion, agreeableness, conscientiousness, neuroticism, and openness. The respondents then completed the TIHS three-factor scale. The purpose was to test the scale’s construct validity by looking for significant correlations with other measures of intellectual humility, but with sufficient divergence to represent the essence of the focus of the TIHS.

They expected that the TIHS and the ‘standard’ intellectual humility measures would be either unrelated or slightly positively related. This was indeed the case, but it was primarily a function of the ‘non-theistic’ Factor 3 statements that pointed to belief bias and limitations of their religious beliefs. Therefore, this factor was conceptually the most similar of the three to other intellectual humility measures. But because Hill and his team thought that the ‘more theistic’ Factors 1 and 2 would be independent of Factor 3, they suspected the TIHS was tapping into a unique perspective of intellectual humility.

As the team expected, there was a positive correlation between the measures of the other scales linked to the concept of intellectual humility, such as openness, authentic pride (as opposed to hubristic pride), and conscientiousness, and those of the TIHS, especially the statements designed to measure theistic beliefs. Importantly, as predicted, the two factors that assessed the extent to which the respondents interpreted intellectual humility in terms of their theistic beliefs (Factors 1 and 2) functioned independently and sometimes negatively with the third factor. But if that was the case, what about the suggestion that religious people with high levels of intellectual humility were unhappy?

As religious commitment increases, a lack of intellectual humility increases the risk for depression, anxiety, and doubts about ultimate meaning.

Theistic intellectual humility and wellbeing
The research team decided the best way to answer this would be to run a similar test with committed Christians, comparing their TIHS with scales designed to measure religious commitment, flourishing, life satisfaction, mental health, and a subscale of the religious and spirituality scale that measures ultimate meaning. In brief: they measured the connection between theistic intellectual humility and feelings of wellbeing in this population.

The results showed that theistic intellectual humility, as measured by their TIHS, significantly moderated several aspects of wellbeing, specifically between religious commitment and flourishing. In fact, the total TIH scale significantly moderated four of the five wellbeing measures. Interestingly, the research showed that as religious commitment increases, a lack of intellectual humility increases the risk for depression, anxiety, and doubts about ultimate meaning.

Hill and his team acknowledge that their research has limitations, and their theistic intellectual humility scale should be tested and developed further to reflect the constructs of other religions. However, what cannot be ignored is that they have forced us to re-evaluate how we should measure intellectual humility. Perhaps on a bigger scale, their research also suggests that before applying any scientific constructs to religious experience, researchers should consider the theological substance of what those under study believe.

Your research into measuring intellectual humility emphasises the need for studies in the psychology of religion to consider the theological substance of what those under study believe. What other area of research in your field do you think is overdue for such a re-evaluation?

The field of positive psychology is ripe for this kind of culturally sensitive refinement. Many of the concepts associated to what it means to live a good life, which is central to positive psychology, are strongly shaped by cultural and religious beliefs. We have suggested that moving forward, perhaps the field may need to move toward ‘positive psychologies’ rather than assuming that work in this area, which has largely been shaped by Western and secular assumptions, is relevant to all cultural and religious groups. 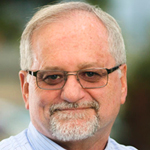 Peter C Hill, PhD, is Professor of Psychology at Rosemead School of Psychology, Biola University, in La Mirada, California. Before that, he served for 17 years as Professor of Psychology at Grove City College in Pennsylvania. In 2006, he was honoured with a faculty appointment at the University of Cambridge as a Visiting Research Fellow at the Centre for Advanced Religious and Theological Studies of the Faculty of Divinity. He is an active researcher in social psychology and the psychology of religion and has authored approximately 150 articles in peer-reviewed journals and book chapters. He is a past president of Division 36 (Psychology of Religion) of the American Psychological Association (APA) and was elected Fellow of the APA in 1998.