The different chemical elements we observe across the Milky Way have gone through drastically different formation processes – which have taken place on drastically different timescales. Crucially for astronomers, these differences can be clearly seen in the abundances of chemical elements contained in stars today, providing important clues about our Galaxy’s distant past. In a new overview, Professor Francesca Matteucci at Trieste University, Italy, discusses the observations and computer models used in this technique of ‘galactic archaeology’ – and what they can tell us about the timescale of the Milky Way’s formation.

Just as archaeologists use techniques like carbon dating to determine the ages of ancient artefacts, the abundances of particular chemical elements can be incredibly useful to astronomers, as they aim to reconstruct the history of galaxies like the Milky Way. To determine the ages of galaxies and the structures that comprise them, researchers look for the unique fingerprints of specific chemical elements in the light spectra of stars containing them.

If these observations reveal higher abundances of quickly-forming elements, combined with a lack of elements which can only form over far longer timescales, this must indicate that the stars were formed early on in the galaxy’s history. Conversely, a higher ratio of slowly-forming elements would suggest the opposite.

‘Nowadays, large observational spectroscopic surveys provide data for millions of stars in the Milky Way,’ Professor Francesca Matteucci of Trieste University, explains. ‘Abundances and abundance ratios of some specific elements can be used as cosmic clocks, to impose constraints on the timescales of formation of the different structures of the Milky Way.’ In this way, astronomers can reconstruct a timeline of formation of many different galactic structures: including the central bulge, its surrounding disc, and the halo of material positioned above and below the disc.

To determine the ages of galaxies and the structures that comprise them, researchers look for the unique fingerprints of particular chemical elements in the light spectra of stars containing them.

Alpha/iron ratios
The chemical elements we observe in stellar spectra today were generated in a variety of dramatic, widely differing astronomical processes. Among these are corecollapse supernovae: initiated when short-lived massive stars are no longer able to support themselves, and collapse under their own colossal gravity.

Prior to this explosion, the cores of these stars hosted a type of nuclear fusion named the ‘alpha process’. ‘Oxygen and other alpha-elements, such as magnesium, silicon, sulphur, and calcium, are produced in massive stars, and expelled by supernova explosions on timescales of just millions of years,’ Matteucci describes. These elements would have been ejected into interstellar space soon after the Milky Way’s formation, going on to form some of the oldest stars we can observe today. In contrast, ‘heavy elements, such as iron, are instead mostly formed and ejected by Type Ia supernovae, on timescales of the order of billions of years,’ Matteucci continues. This drastic difference in timescales arises since Type Ia supernovae are triggered by binary pairs of stars, containing a white dwarf. 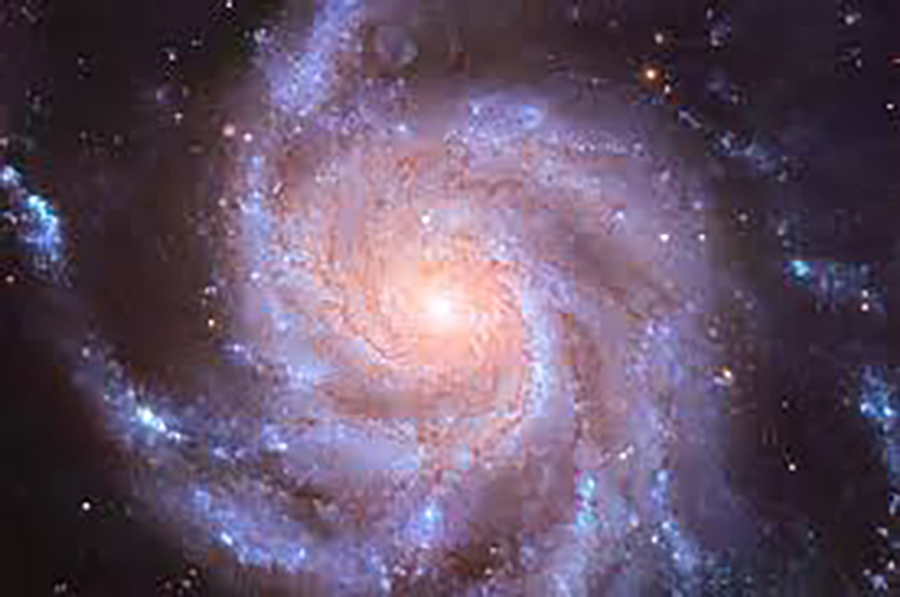 These bodies are the extremely dense remnants of smaller, Sun-like stars – which take billions of years to form. Supernova explosions occur as white dwarfs continually steal material from their stellar companions, until reaching a ‘critical mass.’ At this point, the star can no longer be supported by the pressure exerted by its own electrons, and it dramatically explodes – ejecting the iron formed during the explosion.

Reading a cosmic clock
The difference in timescales between these two processes can be incredibly useful for astronomers. By comparing the relative abundances of alpha elements and iron within stellar spectra, they can determine whether or not the galactic structures containing those stars formed early on in the galaxy’s history – before Type Ia supernovae began to appear. ‘This makes alpha/iron and other abundance ratios very good cosmic clocks,’ Matteucci explains. ‘The approach, called the “time-delay model”, has been applied to reconstruct the history of galaxies.’

This technique is not only useful for studying structures within the Milky Way. By reconstructing timelines of formation of different types of galaxy – whether elliptical, spiral, or irregular – astronomers can use abundance ratios to classify these more distant objects, even when their galactic type isn’t clear from the images gathered by telescopes.

On top of this, astronomers can compare their observations of alpha/iron ratios with theoretical predictions, made using computer models of evolving chemical abundances. This can allow them to place more accurate constraints on the formation timescales of different galactic structures.

Thick and thin discs
Through her research, Matteucci has used the time-delay model to study variations in alpha/iron abundance ratios within the Milky Way’s central disc. When we observe a spiral galaxy like the Milky Way side-on, it won’t appear as a uniform density of stars and interstellar dust clouds. Instead, we will see an inner ‘thin disc’ containing a majority of the disc’s stars, reaching roughly 1,000 lightyears above and below the galaxy’s central plane. This structure is surrounded by a ‘thick disc’ reaching more than 16,000 lightyears above and below the galactic plane.

Using observations from a variety of galactic surveys – including the Gaia-ESO Public Spectroscopic Survey, Apache Point Observatory Galactic Evolution Experiment, and Galactic Archaeology with HERMES – Matteucci and her colleagues have now clearly shown that the thick disc features far higher alpha/iron abundance ratios than the thin disc – revealing key clues about the history of their formation.

An inside-out formation
When a galaxy first emerges, its disc structure forms as star-forming gas and dust fall into its central plane. As Matteucci explains, spectroscopic surveys have shown that in the Milky Way, this didn’t happen all at once. ‘The recently observed dichotomy in thick and thin disc stars suggests that the two discs formed by means of two gas infall episodes,’ she says.

These events must have occurred at distinctly separate points in the Milky Way’s history, with the iron-deficient thick disc forming after just around one billion years, and the thin disc after roughly seven billion years. ‘This shows that the thick disc formed more rapidly than the thin disc, and there was a gap in star formation between the assembly of the two discs of roughly four billion years,’ Matteucci continues.

Chemical evolution models suggest that the Galactic bulge formed and evolved very quickly, on a timescale lower than
one billion years.

Moreover, the variation of the abundance of metals along the thin disc intriguingly suggests that the Milky Way’s galactic disc went through an ‘inside-out’ formation process. As Matteucci points out, this may not necessarily tell the whole story: over time, her recent studies have shown how effects like the migration of stars, the flow of interstellar gas, and the galactic fountains, may have altered the alpha/iron abundance ratios of both disc structures after they formed. But by accounting for these effects in computer models, she hopes that astronomers will be able to more accurately predict how our galaxy’s history unfolded.

Studying other structures
The disc isn’t the only part of our galaxy that can be studied in this way: beyond the Milky Way, our galactic neighbours have all gone through their own unique histories of star formation. Studying the histories of these structures can be incredibly useful for astronomers studying the clusters of stars residing in the Milky Way’s halo, far above and below the galactic plane.

According to some theories, these stars didn’t form inside the Milky Way itself, but were once their own dwarf galaxies, which were caught in the gravitational pull of our own. Through detailed studies of the alpha/iron abundance ratios in these stars, Matteucci hopes to shed new light on this mystery. ‘We can use these ratios to assess whether the stars observed in the Galactic stellar halo have formed in situ, or have been accreted from small satellite galaxies,’ she describes.

Elsewhere, Matteucci proposes that computer models of the galaxy’s evolving chemical composition can validate theories surrounding the formation of the Milky Way’s bulge: the vast, tightly-packed group of stars at the centre of the galaxy. ‘Chemical evolution models suggest that the Galactic bulge formed and evolved very quickly, on a timescale lower than one billion years,’ she continues.

Clearly, this shows that the Milky Way’s bulge formed at around the same time as its thick disc. Ultimately, despite the fact that the processes she studies occurred far in the distant past, Matteucci shows that the advanced techniques of galactic archaeology are among the best tools we have for piecing together the history of our galaxy’s formation.

To what extent can galactic archaeology be used to study the formation histories of more distant galaxies?

Galactic archaeology can be applied to study the formation histories of more distant galaxies as long as we obtain precise measurements of the chemical abundances in their interstellar gas.

As an example, in the absorbers of quasar light found at large distances from us (called damped Lyman-alpha systems) we can measure abundances of metals and infer the history of formation as well as the morphological type of these objects.

Some tests have shown that they do evolve like local irregular galaxies. Also the abundances measured in the very distant quasars themselves have allowed us to establish that the host galaxies should have formed stars very quickly and were very enriched in metals early on. The next generation of large telescopes both from space (James Webb Space Telescope) and the ground (Extreme Large Telescope) will allow us to obtain more precise information on chemical abundances in distant galaxies and better understand the formation
and evolution of galaxies. 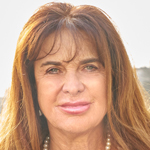 Francesca Matteucci was appointed Professor of Stellar Physics at the University of Trieste in 2000. She has been a member of the Accademia Nazionale dei Lincei since 2003, and member of the Instituto Veneto for Sciences Letters and Arts from 2013. Professor Matteucci is author of 297 peer reviewed articles in international scientific journals, plus two monographs, with more than 18,000 citations.