Returning crop residues to soil for decomposition is considered a common management practice, but it can result in increased emissions of nitrous oxide (N2O), a potent greenhouse gas. Dr Gwenaëlle Lashermes, Dr Sylvie Recous, and Engr Gonzague Alavoine, from INRAE, the French National Research Institute for Agriculture, Food and Environment, investigated in collaboration with European partners the decomposition of nine crop residues, correlating N2O emissions with the chemical composition of the residues to help understand the sustainability of this agricultural practice.

Over the past few decades, we have come to understand a lot more about the climate crisis and environmental protection, and our impact on them. Research on the warming effect of the greenhouse gas (GHG) emissions of everyday activities such as agriculture, animal husbandry, and fossil-fuelled transport, is constantly being updated as new factors come into perspective. We now have a heavy body of research available on best practices, emerging issues, potential solutions, and blue-sky developments. Dealing with GHG emissions might sound simple – ‘do or don’t do this and the situation will eventually improve’ – but, in reality, it is much more complicated. Solutions need education and behaviour change on a global level, but also have to account for the intricate relationships within the cycle of life. ‘Best practice’ can quickly become bad practice as new evidence and understanding comes to light.

The issue with crop residues
The cycle of crop production is one area that researchers are beginning to realise is perhaps more complex than we once believed. The process includes soil preparation, seeding, fertilising, irrigation, harvesting, and storage. Each step is very important and directly related to the production of crops of a certain quality and quantity for various purposes. An important post-harvest step, which can also be considered as part of soil preparation, is the handling of crop residues, a process that has been shown to be of paramount importance in the cycle of crop production. Crop residues – the ‘leftovers’ from harvesting and processing – are the unwanted parts of crops that have no obviously beneficial use, for example the leaves and hairs from a cob of corn, or straw from a wheat crop. Depending on the crop in question, leaves, stalks, and seed pods can all be crop residues. It doesn’t take much to realise that these residues add up to a huge mass, equal to if not larger than the mass of the collected crops themselves.

Proper handling of this biomass is very important and to date mainly involves burning or recycling back to the soil. Returning crop residues to the soil to decompose is considered advantageous, as the decomposition process can act as an enrichment step for the soil, preparing it for a new round of planting. It maintains the soil’s organic matter, or humus, fuels soil life, and is essential for maintaining soil structure and fertility. Furthermore, crop residue decomposition can improve the soil’s capacity for carbon sequestration (the capture of CO2 emissions in the atmosphere). There has been a lot of research into the mechanisms of this carbon sequestration process. A 2017 review paper on the subject revealed the complexity of interaction between storage mechanisms and the ecosystem, and questions whether the carbon sequestration benefits of the process are the whole story.

Proper handling of this biomass is very important and to date mainly involves burning or recycling back to the soil.

Agriculture and nitrogen production
Investigating the sustainability of this crop-management practice is the focus of a new paper by Dr Gwenaëlle Lashermes, Dr Sylvie Recous, and Engr Gonzague Alavoine of INRAE, the French National Research Institute for Agriculture, Food and Environment. With expertise in environmental science, agronomy, soil science, the microbial ecology of soils, and physical measurements, these researchers have focused on the aftermath of crop residue decomposition. Their recent work targets the production of nitrous oxide (N2O) during decomposition. N2O is a GHG not as ‘well-known’ as CO2 or methane (CH4), but much more impactful than both, with an effect on global warming 265 and 25 times higher than CO2 and CH4 respectively, and a longer lifetime than them both. Although N2O concentration in the atmosphere is not as high as other GHGs, its potency makes it a very serious concern. Research has shown that more than 75% of N2O emissions are attributed to human activities related to agriculture; among other sources, the decomposition of crops.

N2O emissions vary by crop residue
Lashermes, Recous and Alavoine examined the decomposition of crop residues from nine different sources (sugar beet, wheat, rape seed, potato, pea, mustard, red clover, alfalfa, and miscanthus) in two soil environments. The experimental set-up consisted of a compressed pellet of soil mixed with crop residues at the same ratio of mass of residue per mass of soil, which was monitored over 60 days, recording the moisture levels, level of C mineralisation (production of CO2 from carbonaceous matter) and N2O production. Having characterised the crop residues with regards to porosity, chemical composition (percentage of C and N, solubility in water and in neutral detergent), and maturity of residue by the time of collection, the researchers sought to identify underlying correlations across these factors and the production of N2O. 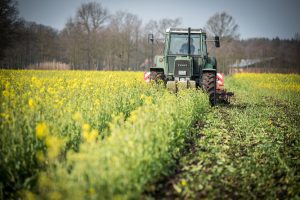 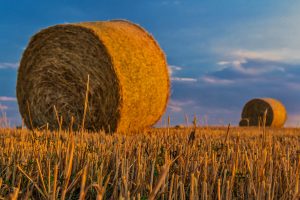 More than 75% of N2O emissions are attributed to human activities related to agriculture.

Their results confirmed the pre-existing knowledge that crop residues with a C:N ratio lower than 30 (accepted threshold) produced more N2O than residues with a ratio over 30. Importantly, however, they also showed that the C:N ratio was not the main predictor for N2O production during decomposition. The new study revealed that the fraction of components soluble in neutral detergent present in crop residues (SOL-NDS) had the highest impact on N2O production, with residues with a larger SOL-NDS fraction shown to produce higher emissions following an exponential pattern. Out of the nine crop residues, the one with the lowest N2O emissions was miscanthus, and the highest emissions were shown for sugar beet and mustard residues. These latter are crops that are returned to the soil when they are physiologically immature or (in the case of beets) just mature. In practice this means that crop residues which are still immature or ‘green’ when returned to soil for decomposition will tend to produce more N2O emissions. As the plant matures and its cell walls become richer in cellulose and lignin, the soluble matter disappears. Other factors, such as initial moisture levels, nitrogen content, and water-soluble C and N contents of the residues, were found to be linked to the NDS components, but to be less explanatory of N2O emissions.

The new study revealed that the fraction of components soluble in neutral detergent present in crop residues (SOL-NDS) had the highest impact on N2Oproduction.

Importantly the researchers show that, under certain conditions, the N2O emissions from these decomposing residues can even completely cancel out any benefits gained from the contribution to carbon sequestration in the soil. They suggest that emissions from these younger crop residues are likely currently being underestimated.

Crop residue decomposition effects on GHG emissions
Through this study, Lashermes, Recous and Alavoine have shown for the first time that N2O emissions can be explained by identifying a single chemical characteristic of crop residues: the content of the soluble matter inside the plant’s cells.

Despite correlating N2O emissions with the chemical composition and maturity of crop residues, the researchers emphasise that the overall contribution of N2O produced from crop residue decomposition is still not clear. More research is needed to quantify the effect of emitted N2O on the total GHG emissions, but also to assess whether the possible damage resulting from these emissions is mitigated by the potential benefits of crop decomposition, including supporting biodiversity, protection from soil erosion, and fertilisation of soil for its next use. It’s a complex issue, and a holistic assessment should be done before rushing into conclusions.

Could a pre-treatment of crop residues, or addition of other factors during decomposition, affect the emission of N2O?

A pre-treatment of residues is difficult, or even unrealistic at field- and farm scale, as it would require additional environmental and economic costs (extra chemical or mechanical operation, energy, working time). But the control or minimisation of certain factors in their decomposition can reduce N2Oemissions. Practices that promote biological activity and soil aeration are essential, avoiding the return of residues to the soil when it is waterlogged after heavy rains or compacted by the passage of farm machinery. The synchronisation of the release of nitrogen during decomposition with the needs of the next crop by choosing the plant species and the date of destruction of the cover crop is important. The use of chemical nitrification inhibitors or stimulation of the capacity to reduce N2O to N2 can also reduce emissions.

A delicate balance: Should we return green crop residues to the soil? was last modified: February 24th, 2022 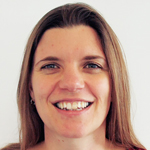 Gwenaëlle Lashermes is a research scientist at INRAE, the French National Research Institute for Agriculture, Food and Environment. She is lab deputy director of the FARE laboratory. She has a PhD in environmental science (AgroParisTech University) and an engineering and MSc degrees in agronomy and soil science (AgroCampus Ouest University). 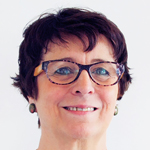 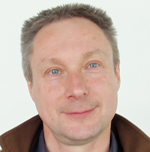 Gonzague Alavoine is an engineer at INRAE. He has a diploma of technology in physical measurements (University of Reims Champagne-Ardenne). He is leader of the FARE microbiology, enzymology and biogeochemistry activities.

Understanding the impact on greenhouse gas emissions of returning crop residues to the soil.