Biology
Previous evidence suggested that early modern humans left Africa 90,000 to 120,000 years ago, but new evidence has shown this event may have occurred much earlier. Professor Mina Weinstein-Evron (University of Haifa, Israel) and Professor Israel Hershkovitz (Tel Aviv University, Israel), together with their colleagues, have found a modern human fossil at Misliya cave in Israel, which dates to between 177,000 and 194,000 years ago. These might be the first modern humans outside of Africa. They have also discovered a collection of shells, a variety of stone tools, abundant remains of hunted animals, and evidence for repeatedly used hearths.

It is accepted that Homo sapiens (humans) originated in Africa, as did all other hominins. Hominins are the group containing humans and human-like species, including Neanderthals and other relatives of Homo sapiens. Humans are the only extant member of the group of hominins. This is a subsection of hominids, which are all the great apes including chimpanzees, gorillas and orangutans, as well as humans. Humans left Africa to settle all across the world, probably multiple times, and to do this they would have travelled the Levantine corridor. This makes the Mount Carmel – Galilee area of Israel one of the richest in the world for Middle Pleistocene Homo fossils.

The Levantine corridor
The Levantine corridor is the narrow stretch of land in the Eastern Mediterranean region, at the crossroads of Africa, Asia and Europe, which would have been the route taken by early modern humans when they left Africa to disperse across Eurasia. Constrained between the Mediterranean Sea and deserts, the Levantine corridor is the ideal location to search for evidence of early human movement due to the restricted area. There are several archaeological dig sites of importance in the corridor, and many interesting finds with significance for human evolution. Professor Weinstein-Evron and Professor Hershkovitz and their colleagues, have been investigating a site known as Misliya cave on the slopes of Mount Carmel, Israel. They believe they may have found evidence of the earliest modern humans outside of Africa. 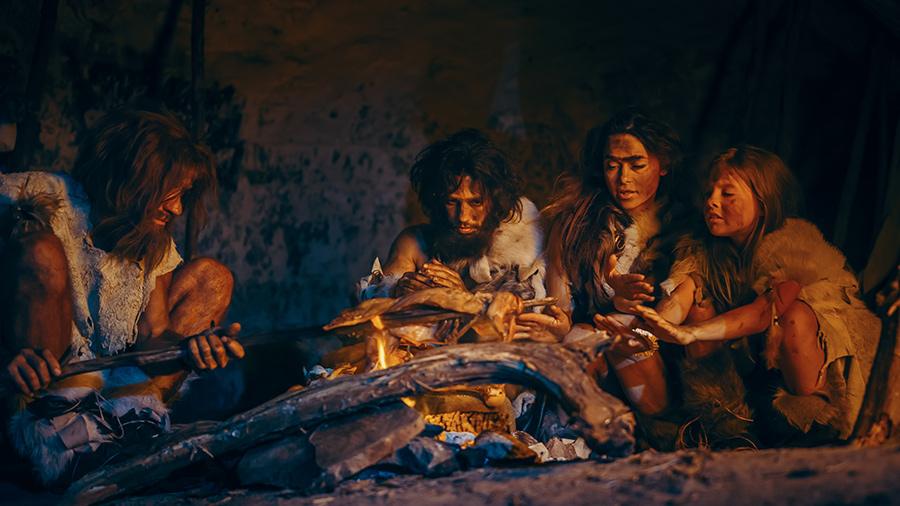 Human fossils
The most significant find at the Misliya cave site was the discovery of half a human upper jaw (maxilla) with attached teeth. Three different dating methods were used at three different laboratories to determine the age of the fossil. The first was uranium-thorium dating (also called U-series dating), which uses the rate of radioactive decay of uranium to calculate the age of calcium carbonate materials such as bone. The second method was combined U-series and electron spin resonance dating, which calculates the age of tooth enamel by the level of radiation uptake in the material. The final method used was thermoluminescence dating, which dates burnt flints by the amount of radiation they have absorbed since they were last heated. All three methods gave consistent results, dating the jaw as being between 177,000 and 194,000 years old.

The most significant find at the Misliya cave site was the discovery of half a human jawbone with attached teeth.

Piecing together the puzzle
Importantly, the finding that the Misliya fossil dates back 177,000 to 194,000 years ago changes our understanding of the time-span of Homo sapiens evolution, which must have occurred much earlier. If modern humans started traveling out of Africa around 200-250,000 years ago, they must have originated in Africa much earlier than previously appreciated – somewhere between 500,000 and 700,000 years ago.

It is very likely that the spread of humans in this area varied considerably, as reconstructions of the environmental conditions at the time suggest that while there were some humid phases that would have been favourable, there were also dry phases that would discourage human dispersal. Therefore, it is possible that this early human fossil is evidence of one of Homo sapiens early attempts at passing into Asia. Additionally, this earlier movement of modern humans is in line with recent genetic evidence that dates the interbreeding of Homo sapiens and Neanderthals (which occurred outside of Africa) to between 219,000 and 460,000 years ago. Significantly, together with their human remains, the long cultural and environmental sequences in cave sites such as those of Mount Carmel, within their largely Mediterranean environment speak for the potential of appreciable persistence of early populations of Homo sapiens through relatively high amplitudes of local climate oscillations.

Stone tools
Tens of thousands of stone tools have been found at the Misliya cave site, many of which were formed using the Levallois technology. Stone implements produced using this technology are made through the use of a complex pre-planned shaping procedure, so they are therefore considered a reflection of greater cognitive capabilities of their makers. At Misliya cave, ample employment of full-fledged (fully developed) Levallois technology, which is the earliest evidence of this technology in the area, was found in the same stratigraphic layer (sediment and debris accumulation representing the specific time episode) as the modern human fossil. The stone-tool assemblage is further dominated by abundant blades and prolific points, some clearly used as projectiles (spearheads), which also form the earliest example in the region. There have been finds of similar technologies across Africa, which could suggest that the spread of these more sophisticated tools across Eurasia could be linked to human dispersal.

There were many tools found at Misliya cave, some of which appear to be suited for different tasks but many were multifunctional. This is an important technological shift as it indicates the development of curated tool-kits. Use-wear analysis (close examination of the wear patterns on the surfaces of tools) suggests that these tools were used for a variety of activities including the processing of both meat and plant foods, hide processing, and woodworking. Surface analysis also found significant evidence of a variety of handling arrangements. Various tools were wrapped in a material such as hide, to ensure handling without risk of injury on the sharp edges. Others exhibit clear signs of hafting, i.e., when an artifact such as a blade or a point is attached to a handle or shaft to facilitate efficient use. The presence of hafting, including binding, is also a significant technological advancement because it requires planning to shape the tool in a way that is suitable for the attachment of a handle or other grip.

This discovery is evidence that anatomically modern humans left Africa at least 177,000 to 194,000 years ago.

Hearths, bedding, and shells
The researchers have also described several other interesting finds at the Misliya cave site, one of which is the evidence of the use of fire. A number of small hearths as well as one large repeatedly-used hearth have been discovered at the site. The hearths are visually distinguishable as areas where the sediment is of a different colour from the surrounding area, and analysis can reveal the presence of ashes and burnt bones or flints. The large size, density and state of burnt remains, and recurrent mode of space use around it characterise the one hearth which was used repeatedly over a considerable length of time. This is unique evidence of long-term, repeated occupation of this site by early humans, compared to the apparent short-term occupation of other locations.

Microscopic analysis revealed evidence of plant material inside Misliya cave dated from the same period as the early human habitation. The laying of the plant material is very similar to finds from later sites, which have been suggested to be evidence of bedding or matting. It is difficult to determine with certainty that this was the use of the assemblage, but if it is bedding then this would be the earliest example to date.

A collection of shells was also found at the Misliya cave site. There is evidence of shell collecting throughout modern human history, and many theories for why early humans would gather and store them – ranging from signalling an individual’s place in social networks to the possibility that they believed they acted as a kind of good luck charm. Particularly interesting about the shells found at Misliya cave is that they are not perforated. At sites that have been determined as later habitations of anatomically modern humans the shells collected have all been naturally perforated, which suggests that they were specifically selected for the purpose of being displayed as adornment and as a means of communication. There are also examples where perforated shells have been identified as having fibres of primitive string attached, and some bore traces of colouring in red ochre. That the Misliya shells were not perforated means that it can be inferred that the invention of string occurred 120,000 to 160,000 years ago, and that at that point early humans began to wear shells for ornamentation, something that we still do today.

Taken together, the research findings of Professor Weinstein-Evron, Professor Hershkovitz and their colleagues provide important insights, not only into the behaviour of early hominins and their technological capabilities but also pushes back the history of migration of the earliest modern humans.

In your opinion, which of the finds at Misliya cave is the most important or the most exciting?

<> The Misliya upper jaw represents the earliest known evidence for the presence of Homo sapiens outside of Africa. Deciphering the Misliya migrants’ intricate relationships with local populations as well as ensuing hominin dispersals, such as the Neanderthals, are the main challenges of our future research.

The jaw was found within an extremely rich archaeological layer providing comprehensive views on the lifeways, technological innovations and ancient environments of the caves’ inhabitants. The Misliya people were capable hunter-gatherers and highly advanced technologically, introducing such innovations as sophisticated pre-determined methods for flint-tool manufacture (Levallois method), flint projectiles and hafting. Marine shells herald such practices in much later sites, when they were also used as decorative elements. 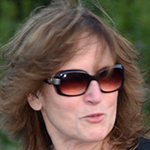 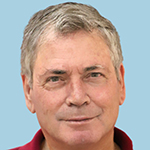 The research of Mina Weinstein-Evron and Israel Hershkovitz centres on the prehistory of the Levant and Old World.