Earth & Environment
Animals that carry infectious microorganisms are migrating towards the North with climate-change transitions of Arctic landscapes into warmer biomes. This threatens to change societal exposure to infectious diseases and affect the OneHealth status of Arctic cultures. OneHealth takes a multidisciplinary approach to health risks and risk mitigation for humans, animals, plants and the environment with the understanding that human health and welfare is dependent on ecosystem health.

At the CLINF Nordic Center of Excellence, Birgitta Evengård, Tomas Thierfelder, Svenja Stöven, and scientists from eight nations recently collaborated to predict the effects of climate change on the epidemiology of climate-sensitive infections. With a focus on international collaboration and harnessing traditional knowledge, CLINF (Climate-change effects on the epidemiology of infectious diseases and the impacts on Northern societies) supports evidence-based policy aimed at preventing or mitigating this most serious of global challenges.

Recent years have seen humankind face unprecedented challenges, from the disastrous effects of global climate change to the devastating SARS-CoV-2 pandemic. While both are in the spotlight, the commonality of their ancestry—that is, the exploitation of the natural world by humans—is less widely recognised. Together, they offer a powerful symbol of the Anthropocene, our as-yet unofficial geological epoch, in which Homo sapiens have become the dominant influence on climate and the environment.

This realisation is not new. In the 18th and 19th centuries, scientists such as Ernst Haeckel and Alexander von Humboldt invented the concepts of ecology and ecosystems; von Humboldt argued that humans are as much part of ecosystems as other species. In a stunningly prescient prediction, Svante Arrhenius proposed that industrialisation would lead to emissions of CO2 that would change the climate. Steadily rising CO2 levels have been recognised since 1958, and the impacts on global climate are increasingly apparent. However, while many of these effects are widely acknowledged (e.g., extreme weather, droughts, flooding, etc.), others are less so. A case in point is infectious disease. Zoonotic infections—microorganisms transmitted between animals and humans—constitute at least 70% of emerging infections, as illustrated by the SARS-CoV-2 pandemic. Such diseases are common in the Arctic, where they are often transmitted via ticks and mosquitoes.

At the CLINF Nordic Center of Excellence, scientists from eight nations collaborated to predict the effects of climate change on the epidemiology of climate-sensitive infections.

The effects of climate change are most acutely felt in polar regions, and particularly in the Arctic, where warming is twice as fast as elsewhere. The Arctic also acts as a driver for changes in the rest of the globe. Higher temperatures, shorter stable snow periods, and thawing permafrost are threatening traditional livelihoods, the latter being a particular Pandora’s box with unknown consequences for human health. In Svalbard, the burial of human remains is no longer allowed after it was discovered that bodies buried in permafrost were not decomposing; when this permafrost melts, there is a fear that long-buried diseases may re-emerge. But it is not just our past catching up with us; owing to habitat loss and environmental change, fauna and flora are on the move, and with them are new microbial organisms.

The CLINF Nordic Center of Excellence stands for Climate-change effects on the epidemiology of infectious diseases and the impacts on Northern societies, and was funded by the Nordic Council of Ministers through Nordforsk. Scientists from eight nations collaborated to predict the effects of climate change on the epidemiology of climate-sensitive infections (CSI) and the impacts on northern societies by monitoring changes in the environment. Spearheaded by Birgitta Evengård, Tomas Thierfelder, and Svenja Stöven, the group actively supported evidence-based policy aimed at preventing or mitigating this most serious of climate change consequences.

CLINF
A multidisciplinary group, CLINF drew upon expertise from biologists and ecologists, economists and climatologists, social scientists and health experts, mathematicians and Earth scientists, and others. Achieving the goal of evidence-based policy requires the systematic procurement of long-term data on environmental indicators and the reporting of infections in humans and animals. Different countries host large numbers of databases containing a wealth of such information, but these are often incompatible and do not allow for cross-border comparisons. Rapid development of new technologies is needed to extract relevant data from these rich sources. 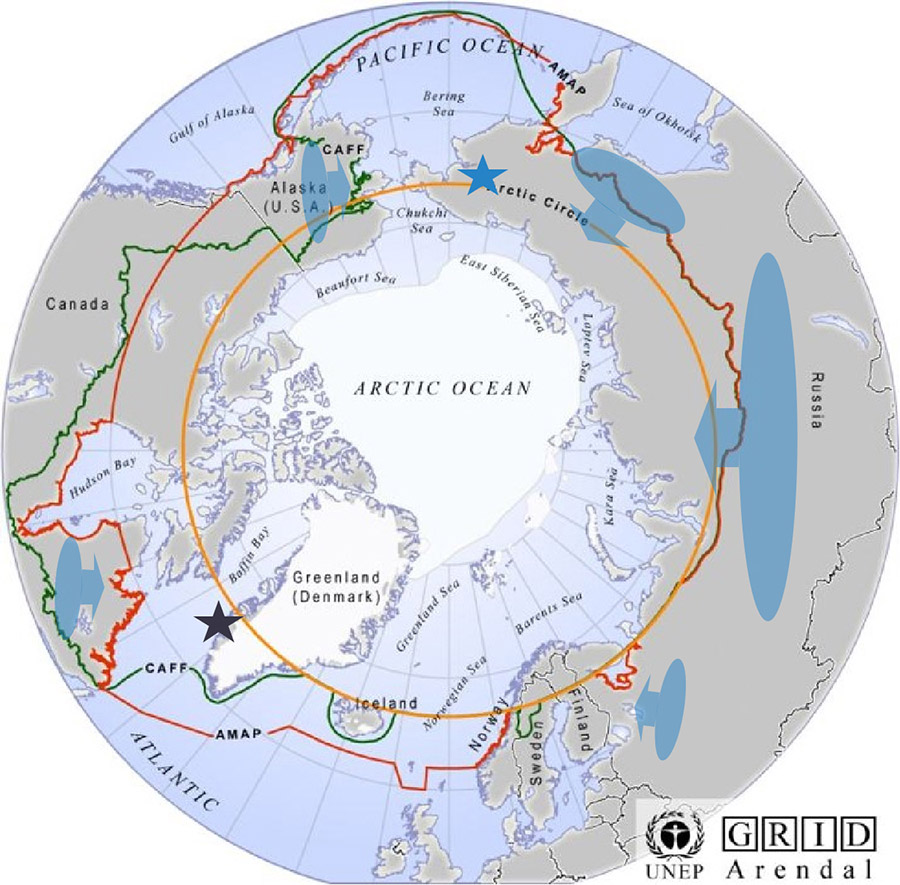 One approach has been the use of citizen science to collect large volumes of observational data; this approach has revealed an increase in the potential geographic occurrence of ticks and tick-borne infections in Sweden and neighbouring countries. CLINF researchers also used national registers and other public sources to compile datasets of historical disease occurrence, along with satellite observations of meteorological and hydrological variables—that is, weather (e.g., temperature, precipitation, evapotranspiration, and runoff)—and changes in landcover characteristics (e.g., the density of chlorophyll). These datasets were standardised to fit the same spatial and temporal scales, allowing for robust statistical analysis of the factors affecting the geographical distribution of CSIs, including tick-borne encephalitis, borreliosis, bluetongue, fasciolosis, and tularemia.

The case of tularaemia
Tularaemia is one of the most studied diseases in high-latitude regions and one that has caused large epidemics in recent years. To identify the ecological driving forces behind its spread, CLINF scientists started by identifying high- and low-risk regions. They then used statistical models to compare multivariate datasets (e.g., ecological and meteorological data, vegetation indices, temperature, etc.) compiled for each of these regions. By combining their statistical models with past observations of hydro-climatic variables (including mosquito abundance, temperature, precipitation, and number of cold winter days), the CLINF team were able to identify a high sensitivity of tularaemia to hydroclimatic changes. And thus, predictions for regional incidences can be performed (Ma et al. 2019, 2020).

Despite these new revelations, more work is needed to constrain possible future trends. The team used global climate models developed by the Intergovernmental Panel on Climate Change to predict the future behaviour of tularaemia. The results have differed according to geographical location and model choice, highlighting the need for more detailed research. Continuing this work for tularaemia and other diseases will be crucial for supporting decision-making aimed at keeping humans healthy and societies sustainable.

International collaboration
A particularly important part of the CLINF mission focused on international collaboration, with none more important than that with colleagues in Russia. Even among Nordic countries, with comparable socio-economic norms, the comparison of data is challenging. Russia is the world’s largest country, and encompasses the largest area of tundra on the planet. As such, incorporating data from Russia was critical to the CLINF mission. However, many aspects of the Russian system, not least the organisation of its healthcare system and the reporting and documentation of health related data, are unknown to those from the outside. While national databases exist for many variables, others require data gathering at regional and local levels. One important difference is that Russian official statistics are not sex-disaggregated, whereas throughout the CLINF project all data has been disaggregated for gender.

To open new dialogues, in 2019, a summit was held between CLINF and their Russian partners at Lomonosov Moscow State University. The focus was on infectious diseases in the North, including their transmission and impacts. In the spirit of openness and to facilitate further collaboration, the participants agreed to publish the outcomes of their discussions.

Addressing a single change in the environment may be simple, but addressing simultaneous changes amounts to fighting a war on multiple fronts.

Using TK, the CLINF team revealed that narratives around disease prevention are actually incorporated into Sámi herders cultural mentality; for example, avoiding keeping animals too close for too long. Similarly, reindeer herders in Nenetsia (a region of arctic Russia) and Sápmi (the cultural region of the Sámi people, which extends into parts of Norway, Sweden, Finland, and Russia) have developed a range of approaches aimed at counteracting or adapting to climate change. For example, a disease-avoidance strategy from the last two centuries has been to move reindeer to unused grazing land by early summer to avoid staying too long on trampled and dirty land. However, increased risk from predators owing to changing climate, along with land fragmentation owing to infrastructure development (e.g., roads, railways and mines), has made this more challenging. Pastoral communities are increasingly likely to address loss of access to pastoral areas by practising supplementary feeding of livestock (which brings animals into close proximity with each other and with humans) and/or moving their animals to lower elevations (i.e., warmer areas with greater tick-prevalence). Both approaches increase the risk of disease.

Addressing a single change in the environment may be simple, but addressing simultaneous changes amounts to fighting a war on multiple fronts. The effects of climate change form a tangled web, with stressors and changes often exacerbating each other.

Finding a way through this web is non-trivial and will be one of the great challenges of the coming years. Critically, it will require diplomatic efforts to establish networks for international collaboration. With a strong enough mandate, and strategic funding from politicians and authorities, CLINF is positioned to rapidly share results, strengthen the input of resources from different nations, and reinforce swift exchanges of information across nations for the benefit of a globally sustainable environment for human and animal health. To find out more visit https://clinf.org/about-clinf/.

Are zoonotic infections also on the rise in non-Arctic regions? If so, will CLINF expand its remit in the future?

Yes, zoonoses are on the rise. More than 70 % of emerging infections are zoonotic, this is a global figure. CLINF is a five-year project, which is now coming to an end. This paper is part of the final outcome.

Do you see a pathway for translating traditional knowledge into national-level policy making?

All multidisciplinary research involving the environment should include traditional knowledge, I think. It is only through collaboration that we can move forward,
respecting each other.

Climate change and the rise of infectious diseases: An Arctic perspective was last modified: June 7th, 2021

Daley J. (2018). Indigenous Peoples Manage One Quarter of the Globe, Which Is Good News for Conservation. Smithsonian Magazine. https://www.smithsonianmag.com/smart-news/indigenous-people-manage-one-quarter-globe-which-good-news-conservation-180969689/ 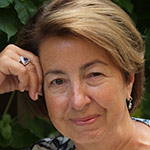 Birgitta Evengård, MD, PhD, Prof Inf Dis, is a senior professor and specialist in infectious diseases at Umeå University, Sweden. Being one of the CLINF initiators, Birgitta coordinated the CLINF Nordic Centre of Excellence (NCoE) together with Tomas Thierfelder. 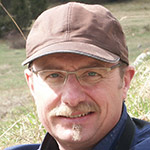 Tomas Thierfelder, PhD, Prof Assoc, is a senior mathematician and Earth scientist at the Swedish University of Agricultural Sciences SLU. His team focused on biometry, environmetrics, and geoinformatics. Tomas is one of the CLINF initiators and coordinated the CLINF NCoE together with Birgitta Evengård. 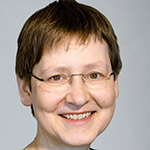 CLINF aimed to identify and investigate the effects of climate change on the geographic distribution and epidemiology of human and animal infectious diseases throughout the northern region. CLINF’s goal was to turn new understanding into practical tools for decision-makers, by providing relevant and accessible data, and by developing an early warning system for climate sensitive infections at a local level.