Earth & Environment
The last thing you want after a forest fire is the imminent threat of natural hazards such as rockfall or landslide. Unfortunately, however, this is quite likely. Fire-injured trees may die, their roots may fail to bolster soil strength, and the ground can easily give way. Built-up areas below forested slopes are especially susceptible, and lives could be in danger. The Bern University of Applied Sciences and the Swiss Federal Research Institute WSL have come together to develop models which highlight high-risk situations so effective silvicultural and technical interventions can be made, hopefully before disaster strikes twice.

There has been a recent surge in wildfires across the planet. Latest developments have seen swathes of forest destroyed in Australia, an 80% increase in Amazon fires between January and August this year, and fires even breaking out across the Arctic. These have generally been as a result of universally increased temperatures, aridity, and also a lack of governmental awareness. Coupled with a boost in media coverage, fires are now seen as a very real and global threat.

Although fire is a natural disturbance in forest ecosystems, it is also viewed as an immediate danger to humans and wildlife, especially when it removes important services and benefits that the forest provides.

A stable slope
Tree roots can be extremely important for ground mechanical strength, by acting as a mesh-like skeleton running through the soil. This is well known along riverbanks to prevent collapse, but more generally on any sloped environment – this is known as ‘ecosystem-based solutions for disaster risk reduction’ (Eco-DRR). When fires kill trees, over time the roots will degrade and sloped land stability will inevitably decrease, and this can cause serious mid- to long-term problems (0 – 40 years post-fire).

Trees also act as barriers to rockfall. They deflect or stop falling rocks and also provide stability for stationary rocks on slopes. When fire strikes and many of these trees get damaged and start decaying, these important defences are progressively lost.

In the wake of a forest fire, it is therefore important that these threats are understood, and precautionary actions are implemented where possible. In built-up areas, landslides and rockfall could lead to serious infrastructural damage, or even human casualties. Post-fire events could also smother habitats and wildlife that is trying to regenerate after a burning event. The Bern University of Applied Sciences and the Swiss Federal Research Institute WSL came together to quantify this problem with the aim of providing an assessment tool to analyse post-fire high-risk areas in burnt beech forests, and implement effective silvicultural techniques to aid ground stability, and prevent rockfall over the years following a fire.

Tree roots can be extremely important for ground mechanical strength, by acting as a mesh-like skeleton running through the soil.

Creating virtual disasters
The research team’s studies looked at the European beech forest type, common in the South Western Alps which have recently seen an increase in fire disturbances. They used a so called “space-for-time approach” by investigating different old fires in beech stands, in order to create a timeline across a 37-year period.

By analysing historic fire data in Piedmont (Italy) and Ticino (Switzerland) they identified 34 suitably burnt beech forest sites and took a series of measurements within them. All the live and dead trees were measured with characteristics including ‘crown volume killed’, size, and wood decay stage. The fire severity was calculated by observing the ratio of post-fire and pre-fire basal area of living trees, combined with crown volume loss over time

To understand the protection against rockfall, these characteristics were entered into an online mathematical model called Rockfor.net. This model works out the destructive energy of a certain rock falling down the hillside. It then examines the forest stand data in question to produce a ‘protective capacity’ and compares that with the energy of the rock. The team could now work out the protective capacity of any beech forest in different scenarios, provided they had all the required measurements.

In their parallel study, field pullout tests on the tree roots have been performed in order to quantify the reinforcement provided by root systems. By combining this data on root reinforcement with the data of beech stand characteristics after fire, they could upscale the temporal dynamic of root reinforcement after wild fire.

This data then fed into another online tool called Slidefor.net, for the assessment of the protection effects of forests against shallow landslides. This tool applies a 3D probabilistic approach for the calculation of slope stability considering the effects of spatial distribution of root reinforcement. Input variables such as the soil cohesion and friction angle (based on the Unified Soil Classification System), slope angle (25°, 35°, and 45°), forest burning intensity (unburnt and low, medium, high), and shearing plane depth (0.5, 1.0, and 1.5m) are systematically combined in order to calculate the protective effect of forest in different conditions. This value was called the ‘post-fire forest protective capacity’ (FPC).

When the smoke cleared
For modelling, the forest plots were split into three almost equal proportions of unburnt as well as low-, medium-, and high-severity burnt plots. The number of small standing trees generally died no matter how severe the fire, whereas the larger the tree the more the survival probability lowered with increasing fire severity. Moreover, wherever fire injured trees (large and small) died in numbers and released enough light and nutrients, a new generation of small trees grew up. It was also clear that the FPC decreased on slopes that were steep, and that had deep soil with a low cohesion factor. High burn severity also dramatically lowered the FPC in nearly all scenarios.

Overarching results from the modelling approach showed that FPC remained relatively unchanged in the low burn scenarios. With moderate severity burns there was a decrease in FPC, with slopes steeper than 25° showing a total loss of protective capacity for any soil deeper than 0.5m. Even more drastically, high severity burns caused the FPC to plummet in all scenarios to 0% by maximum 6 years post-fire.

The low burn setting illustrated that beech forests have a reasonable level of protective capacity on shallow slopes, and small fires won’t hinder this at all. Steep slopes and deep soil dramatically lower this, however this scenario is unlikely in reality as surface erosion never allows soil build up to that depth. A moderate fire does enough damage to trees that they start to die and decay over time post-fire. This results in a constant decrease in FPC, and there is little chance that the forest regeneration may significantly contribute to soil stability in the first 25 years post-fire. High intensity fires incinerate most of the forest, any remaining roots decay rapidly after the fire – these areas are thus highly prone to landslides.

As for rockfall there were similarly expected results. The low and unburnt forests barely dropped in FPC, but for moderate and high burns the risk of rockfall greatly increased. As trees died out over 10 years, the FPC decreased. Gradually, as the forest regenerated, the trees that grew back reversed the FPC to slightly increase over a period of 30 years. There may have been some protective capacity from the fallen logs and dead trees, but these rapidly decayed. It is however important not to remove these after forest fires, for in severe cases they may contribute of defence against rockfall.

Furthermore, regeneration after high severity burns can take a very long time. Plentiful light due to the lack of canopy cover may favour opportunistic fast growing pioneer species when seed providing beech trees are missing. This can leave slopes susceptible for decades post fire before the new beech generation establish. In moderate burns, things are a little more balanced, with pockets of light opening up as burnt trees die, and new saplings can come through uncontested – however this can still take a long time.

It is evident from the work of the two research groups that medium to high severe burns on European beech forests can leave sloped ground at a very high risk of landslide and rockfall. Highlighting these issues is important for raising awareness about the long-term threats of forest fires. Notably, these models can be used to assess post-fire stand dynamic and implement appropriate silvicultural techniques to reduce risk in exposed and high-risk slopes – particularly near built-up areas.

How easy would this study be to replicate in new forest types?

<> A good knowledge of these models is the prerequisite for replicating these studies. Moreover, there is a considerable amount of work to collect all the data needed to run these models (e.g. tree root field pullout tests, stand characteristics after fire). 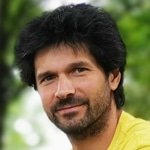 Eric Gehring is a young researcher who recently finished his PhD. He is interested in everything but of particular interest are the topics of pest invasion and shallow landslide problems. He happily lives in Moghegno with his wife Tesa and two kids.

Janet Maringer has been working in the field of fire ecology for over 10 years. One main theme of her research investigates the resistance and resilience of European beech forests after fire, with regard to the temporal trends in the protection capacity against rockfall. 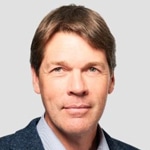 Luuk Dorren is professor of forest and natural hazards at the BFH and is actively involved in this field through research and implementation projects. His focus is on the net-benefit of nature-based solutions for natural hazard risk reduction and on advancing innovative practices in forest – natural risk management. 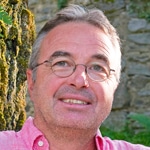 Marco Conedera is forest engineer and research unit leader at WSL where he has dealt with forest fire history and ecology in the Alpine environment for 30 years.