Biology
Bark beetles are responsible for large numbers of dead trees in ponderosa pine forests in the United States. The relationship between tree mortality caused by bark beetles and increasingly severe wildfires has been analysed by Carolyn Sieg and colleagues using a detailed physics-based fire behaviour model. The team seeks to understand if fires that follow beetles are more severe, that is if they leave less green foliage, or if the tiny beetles could have more complex interactions with subsequent wildfires than previously understood.

Throughout western North America, native bark beetles (Dendroctonus, Ips spp.) are thriving. Unfortunately, their success contributes to widespread tree mortality. The impact of tree mortality caused by bark beetles is one of the many factors which are studied to better understand the causes of severe wildfire in ponderosa pine forests in the USA. Whether extensive tree mortality caused by bark beetles causes more severe fires to occur has been debated among scientists and conflicting results have led to lots of confusion in the press. Research by Carolyn Sieg, of the USDA Forest Service, and her team presents a new method of analysing the complex interplay of factors involved in forest fires. The team uses a physics-based fire model developed by Rod Linn of the Los Alamos National Laboratory in collaboration with the Rocky Mountain Research Station, to explore how fires burn in bark beetle-impacted forests. Their work contributes towards scientific understanding of the relationship between tree mortality caused by the tiny bark beetles and the severity of subsequent wildfires.

Forest wildfires can kill large swaths of trees and are notoriously difficult to predict, control and prevent. There are many factors which affect fire severity of fires burning through trees killed by bark beetles. These factors include forest type, amount and stage of tree mortality, and weather conditions. Due to the complexity of the interplay of so many factors, it would be virtually impossible to replicate the conditions for forest fires in order to analyse a single variable in an experimental scenario. Consequently, computer based simulations can be a useful tool for researchers to study forest fires.

Research by Carolyn Sieg, of the USDA Forest Service, and her team, presents a new method of analysing the complex interplay of factors involved in forest fires.

Computer models predicting forest fire behaviour
Carolyn Sieg currently works as a research ecologist with the USDA Forest Service Rocky Mountain Research Station and has studied the effects of wildfires for many years. To conduct her latest research, Sieg managed a team of people with diverse research backgrounds to maximise the benefit of shared knowledge and experience. The combination of skills has allowed for the application of a physics-based model to predict fire behaviour.

The multidisciplinary team of researchers was led by Sieg to explore the relationship between forest fires and bark beetles. The team included researchers from national laboratories in the U.S. (Rod Linn of Los Alamos National Laboratory) and France (Francois Pimont of Ecologie des Forêts Méditerranéennes), universities (Chad Hoffman of Colorado State University), plus other Forest Service staff (Joel McMillin of Idaho and L. Scott Baggett of Colorado).

Research for the project was conducted in the USA where forest fires occur frequently, and their severity in some forest types continues to grow. As it would be unrealistic to the complexity of the issue to eliminate too many factors, the research team was keen to use computer modelling software to analyse and predict patterns in data, thus allowing them to acknowledge the numerous factors at play. Though studying the factors independently is important, the physics-based model used by the team allowed for even more of the complex relationships between factors to be considered.

Running the simulations
The team used three-dimensional physics-based modelling software to build large virtual forests based on actual field data. The team gathered extensive field data about forest characteristics in a ponderosa pine forest with varying levels of tree mortality caused by bark beetles. They then used the data to create a virtual forest where they could explore fire behaviour and severity at different stages of mortality, with different levels of mortality, and under different wind levels. When bark beetles attack a tree it causes the needles to change in colour from green to red due to the loss in fuel moisture. In the next stage, the needles fall to the ground, which decreases the amount of fuel in the tree canopies and increases the amount of fuel on the ground. The wind speed effects the ability of a fire to bridge gaps in the tree canopy. The influence of all these changes in fuel moistures, fuel loadings, and wind speed on how fires burn can be captured in their physics-based model.

This research emphasises the complexity of forest fire analysis and highlights the reality that one factor should not be attributed undue weight.

One of the factors which played an important role in the analysis of the model data was wind speed. At low or medium wind speeds the fire severity was greater if bark beetles had already caused some level of tree death, but the pine needles remained on the trees. In contrast, if bark beetles had caused moderate levels of tree death resulting in large quantities of needles that had already fallen to the ground, then any subsequent fire was less severe under these same wind conditions.

Improving fire management and public understanding of bark beetles
There are wide ranging consequences of this research. Broadly, any action which can be taken to better understand forest fires is important progress and will benefit land managers. Forest fires in pine forests are particularly difficult to predict due to the many factors which can affect their spread and their severity. The activity of the bark beetle is just one of the exacerbating factors which may lead to the effects of the fire being intensified.

More specifically, the research by Sieg and her team is important to the scientific community as it helps to clarify some of the confusion concerning the role of the bark beetle on fire behaviour. Not only did the study reveal that the influence of bark beetle-induced mortality depended on the stage and amount of tree mortality, but it revealed that unexpected high fire severity can occur at low wind speeds and in forests with only a small amount of mortality. Also of interest to land managers, the simulations suggest that bark beetle-induced tree mortality may actually decrease fire severity of remaining trees when the dead needles have fallen to the ground.

Ultimately, the team has developed model simulations which highlight the complex interactions between the influence of tree mortality caused by bark beetles and any subsequent fires. With the help of their research it becomes clear why current reporting, and research, can often appear confused or conflicting. The impact of tree mortality induced by bark beetles does not appear to be a simple calculation and the models developed by this team of researchers will continue to be used to provide novel insights into the behaviour of wildfires.

Most importantly, this research emphasises the complexity of forest fire analysis and highlights the reality that one factor should not be attributed undue weight. The complex interplay of factors which produce forest fires will continue to be studied for many years to come, with the tools for analysis provided by Sieg and her team a useful addition to the resources available.

Which of the potential benefits of your research has been the biggest source of motivation throughout this project?

<> Using the physics-based model has allowed us to understand how spatial variations in forest fuels interact with the fire and wind flow. We gained insights that could not be captured in simpler models that cannot account for how changes in fuel moisture, amounts, and arrangements influence fire-wind interactions following bark beetle-induced tree mortality. 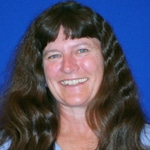 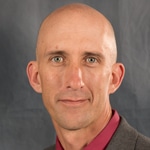 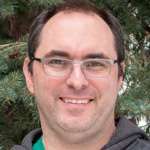 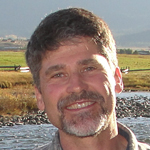 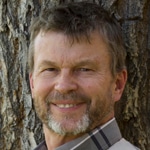 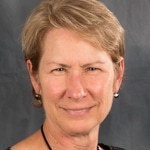 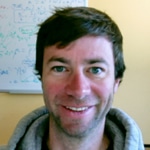 Carolyn Sieg is a research ecologist with the USDA Forest Service Rocky Mountain Research Station, where she studies the role of changing disturbance regimes in forests and woodlands in the Intermountain West, USA. Her research aims to quantify the effects of wildfires and their interaction with other disturbances such as bark beetles.