Health & Medicine
Experiencing divine forgiveness is important to self forgiveness, which, in turn impacts the quality of our relationships as well as our mental health and well-being. Professors Frank D. Fincham and Ross W. May of Florida State University, have presented preliminary evidence that feeling forgiven by God is associated with fewer depressive symptoms in a sample of healthy emerging adults. The authors also show that experiencing divine forgiveness is strongly related to depressive symptoms when people are less likely to forgive themselves but that the association weakens as people become more self forgiving.

The majority of the world population identifies as religious, yet scientists have thus far given little attention to how a person’s relationship to God affects their ability to forgive. While forgiveness is universally recognised as an important contributor to successful relationships, good health, and perceived levels of distress, research has traditionally focused on interpersonal and self forgiveness leaving the role of divine forgiveness relatively unexplored in scientific research.

This oversight notwithstanding, forgiveness is deeply rooted in religious teachings. Developing a better understanding of divine forgiveness can substantially enrich our grasp of how, when and why people forgive. Considering the link between ability to forgive and quality of life, these insights could, in turn, translate into effective strategies for improving and maintaining good health. 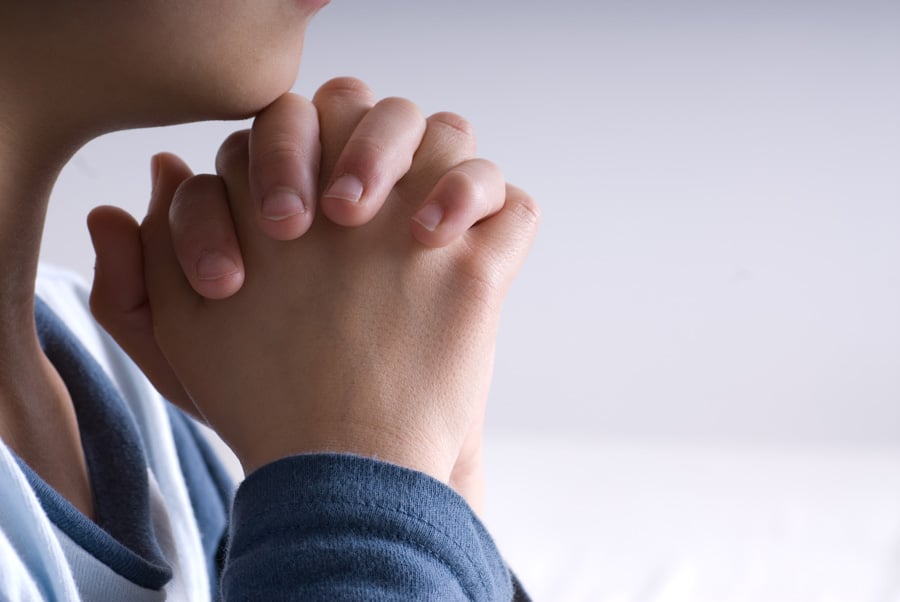 Divine forgiveness is not well understood
Although poorly studied, the benefits of feeling forgiven by God might be substantial. Previous research has reported tentative evidence of association between divine forgiveness and reduced anxiety about death, increased self compassion, greater sense of gratitude, lesser expectations of contrition from others, as well as lower levels of inward anger and suicidal behaviours. Each of these factors is related to mental health. Nevertheless, as the role of God has rarely been studied as the central element to forgiveness, research on divine forgiveness is scattered rather than systematic.

How the study was done
Three hundred and forty-five majority Caucasian undergraduate students participated in this study. Participants’ average age was 19.85 years. Students were offered class credit in return for participation, which involved filling in questionnaires that measured their subjective well-being, depressive symptoms, self forgiveness, divine forgiveness, and religiosity. The first two measures utilised previously validated, well-established instruments: the Satisfaction with Life Scale, and the Center for Epidemiological Studies Depression Scale, the latter being widely used for measuring depressive symptoms in nonclinical samples.

Those participants who forgave themselves to a greater extent had stronger psychological well-being.

The self forgiveness measure was specifically developed for this study and included items such as, “it is really hard for me to accept myself after I have hurt someone else”, “when I treat someone wrongly, I tend to think about it a lot”, “even though it hurts when I let myself down, I quickly feel good about myself again”. Responses were given on a five-point scale from “strongly agree” to “strongly disagree”. 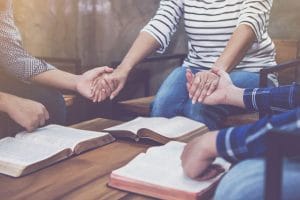 Divine forgiveness was assessed with a scale that was also developed specifically for this study. The scale included items such as, “I am certain that God forgives me when I seek his forgiveness”, “when I do something wrong, God is quick to forgive me”, which were measured on a four-point scale from “strongly agree” to “strongly disagree”. The last item, “how often have you felt that God forgives you?” was measured on a four-point scale from “never” to “many times”.

Finally, religiosity was measured with two items: the frequency of attending religious services/meetings measured on an eight-point scale from “never” to “about once a day”, and the self-reported importance of religion in a person’s life measured from “not important” to “very important”. 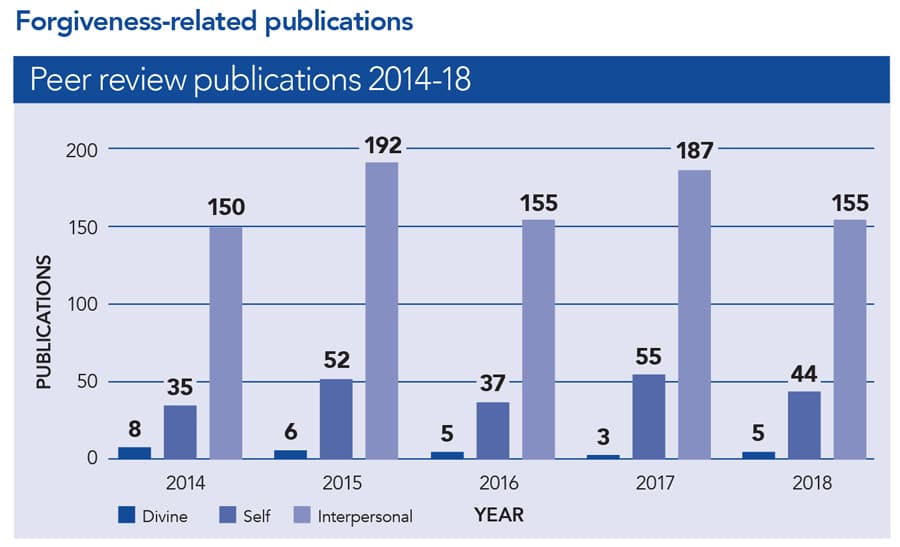 While these results indicate the importance of divine forgiveness for well-being and depressive symptoms, the authors acknowledge several limitations to the study. First, the assessment of divine forgiveness was imited and likely reflected the cognitive element of the phenomenon instead of encompassing the emotional dimension. Second, the sample in this study was restricted to undergraduate students, who are emerging adults, and thus the results may not generalise to other age groups. Third, the sample was predominantly female, which may further restrict the generalisability of the findings.

Angry god makes us less forgiving
In a separate study, the authors aimed to further understand how religion affects self forgiveness. Using a longitudinal design, they examined how religious activity and a sense of forgiveness by God affect self forgiveness over time. In parallel, the researchers designed an experiment whereby participants were shown images of a benevolent god, an angry god, or with non-religious (abstract art) images before completing questionnaires about their likely responses to harm done to them by others and harm done to them by themselves. 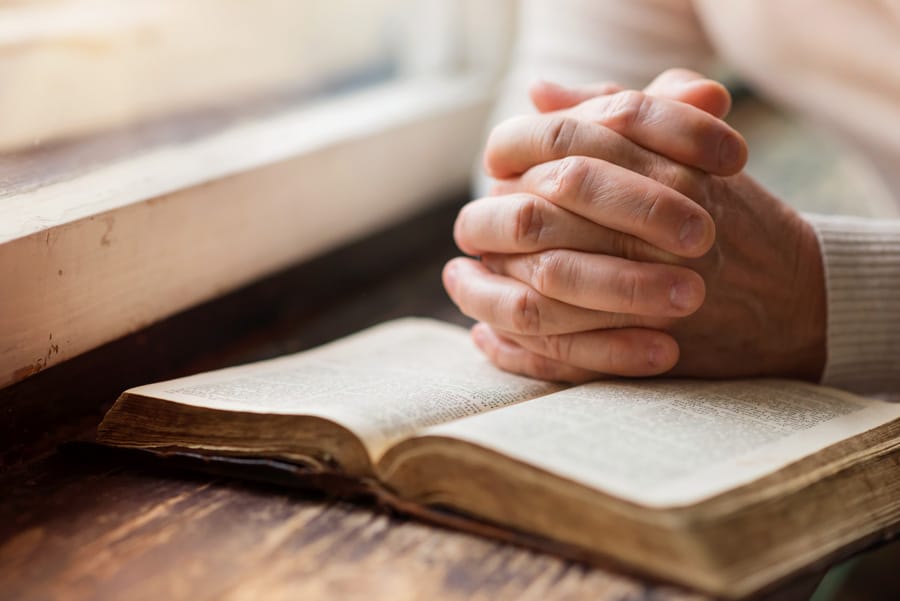 In the second part of the study, the data showed that images of an angry god made respondents less likely to be self forgiving. Out of the three conditions, exposure to abstract art made respondents most likely to be self forgiving. One possible explanation is that an image of an angry god amplified the wrong described; it is a well-documented phenomenon that the magnitude of a transgression affects the likelihood of forgiveness. At the same time, it might be that an angry god makes the experience of negative emotions more pronounced, which, in turn, make people less likely to be forgiving of themselves.

The importance of divine forgiveness
Dr Fincham and colleagues’ research offers preliminary findings to support the view that experiencing divine forgiveness makes people more forgiving toward themselves, which, in turn, translates to fewer depressive symptoms. These findings are potentially important for designing interventions aimed at improving mental health for people of faith. 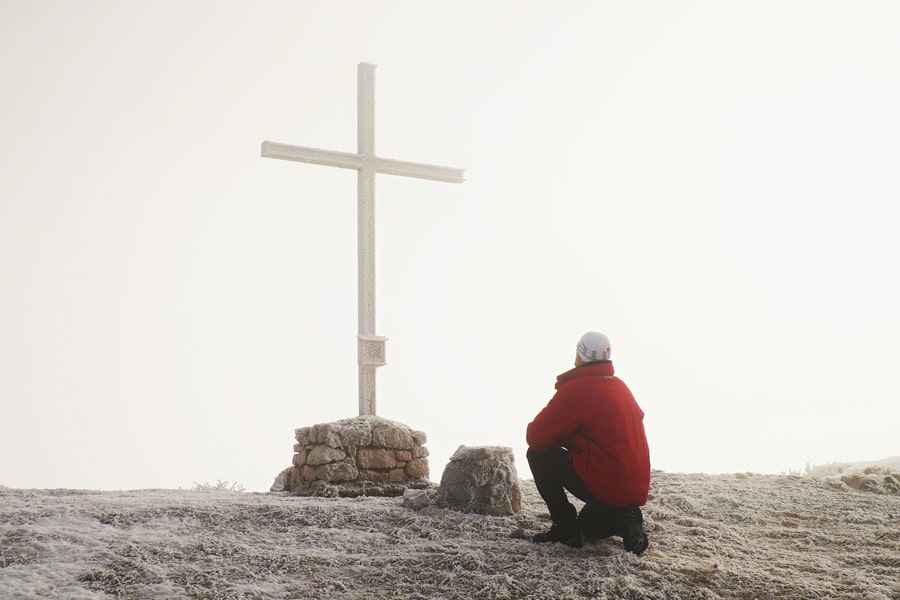 Outside of their practical applications, these findings might be important for better understanding the human condition. As the majority of the world population identifies as religious – and for many, religion constitutes a core motivation to life – examining how religious practices affect thoughts, beliefs and behaviours that are likely to determine health might be crucial.

On the way to understanding, scientists have to continue to engage with the key concepts and develop robust psychometric tests to measure relevant variables reliably. This is a difficult task, the pursuit of which can lead down many blind alleys. Nevertheless, it is a worthwhile endeavour that can bring us closer to describing divine forgiveness, which may be one of the concepts most fundamental to human life.

Your studies do not control for or discuss the differences between religions in their conceptualisations of God. What do you think might be the impact, if any, of these differences on divine and self-forgiveness?

All the world’s longstanding religions emphasise divine forgiveness. But the extent to which such forgiveness is experienced will likely vary as a function of how religious adherents conceptualise God. Research on the mental representation of God consistently yields two broad conceptions: a kindly or benevolent God and a wrathful or authoritarian God. For those who see God primarily as the former, the experience of feeling forgiven by God is likely common whereas for those who view God primarily as the latter it may be relatively rare. As suggested by earlier described studies, such differences are likely, in turn, to impact self-forgiveness. Our studies do not control for or discuss the differences between religions in their conceptualisations of God. 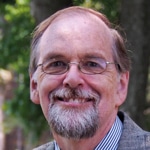 Frank D. Fincham, PhD studies forgiveness and prayer in close relationships, including their impact on mental and physical health. A former Rhodes Scholar and Fellow of six different professional societies, his work has been recognised by numerous professional awards, including the President’s Award, for “distinguished contributions to psychological knowledge”(British Psychological Society).

Prof Fincham examines the importance of forgiveness for mental health and how divine forgiveness interacts with and affects this aspect of well-being. 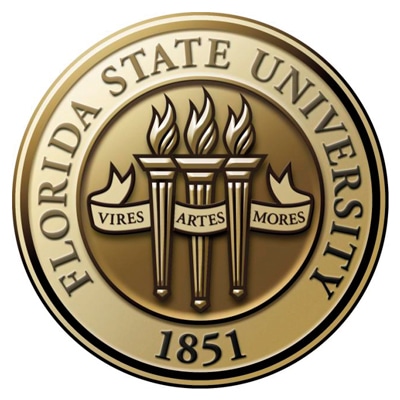 One thought on “Divine forgiveness may improve mental health”