Dr Fredric Schiffer is an experienced psychiatrist, working in private practice and affiliated with Harvard Medical School. He has spent the last 30 years developing a psychological theory which suggests that our brain hemispheres experience feelings differently, particularly when processing past trauma. Dr Schiffer has used this dual-brain theory to develop a treatment for opioid use disorder. In combination with psychotherapy, he has used unilateral transcranial photobiomodulation (tPBM), which sends LED light therapy into the more positive brain hemisphere, enabling its feelings to be more dominant.

Over three decades ago, Dr Fredric Schiffer, a prominent psychiatrist in both private practice and affiliated with Harvard Medical School, proposed that each hemisphere of the human brain could have different psychological perspectives. We have two cerebral hemispheres, left and right, which are connected by a large bundle of nerve fibres. Typically, most high-level brain functions are distributed across both of the hemispheres. But due to the different compositions of the neural networks within each hemisphere, some cerebral lateralisation may occur, meaning processing differs in one side of the brain from the other.

One of the best examples of lateralised functioning is our speech. When we speak or try to understand what other people are saying, most of the brain processing occurs in the left hemisphere. There is almost no involvement from the right hemisphere in terms of speech production. As the left side of our brains is so dominant in this function, when people suffer from a stroke in the left hemisphere, they can lose the ability to speak. Whereas, strokes that occur in the right hemisphere of the brain rarely affect our language abilities. Sometimes, however, sensory processing leads to activation in the opposing brain hemisphere. For example, the majority of the information collected from our left visual field is processed in the brain’s right visual cortex and vice versa. While a great deal of research has been undertaken around our sensory processing, as a psychiatrist, Dr Schiffer is more keenly interested in how our hemispheres process the feelings we have about ourselves and the world around us. His research suggests that each side of the brain may have autonomous feelings, particularly relating to traumatic memories.

Dual-brain processing
Dr Schiffer’s work evolved out of the Nobel Prize-winning split-brain studies in which the large fibre bundle connecting the two brain hemispheres was severed in patients with intractable epilepsy. The radical treatment did help improve their epilepsies, but importantly research on the patients showed that they then had two autonomous minds. One patient wanted to smoke but his other hand kept putting out the lit cigarette. A German scientist, Werner Whittling, showed that he could show stressful movies in normal people to one hemisphere or the other by showing the film to the person’s lateral visual fields. He found that the person’s emotional response to the movie was different on the different sides.

The theory of dual-brain psychology clarifies and enriches psychotherapy especially when combined with unilateral hemispheric stimulation.

Dr Schiffer has suggested that many patients with psychiatric disorders, especially post-traumatic stress disorder and major depression, have two very different ways of seeing themselves and their world. The first view is similar to the way they may have viewed the world as a distressed child, particularly in relation to past traumas. The second tends to be a more mature and realistic outlook.

Dr Schiffer found that he could use taped safety glasses to stimulate each hemisphere. This was confirmed by functional magnetic resonance imaging. He observed that his patients very often had extremely different experiences depending on which lateral visual field glasses they were looking out of. The first patient that Dr Schiffer had try the lateralised glasses, was a veteran of the Vietnam War. With the right visual field glasses, his face became very tense and he said, ‘That plant looks like the jungle.’ Dr Schiffer asked him to try the glasses for the other side, and he responded, ‘That’s a nice looking plant.’

Dr Schiffer used the glasses as an adjunct to his psychotherapy. He was able to show that most of his patients had different experiences that depended on which lateral visual field they were looking out of. Out of one visual field, Dr Schiffer would at times be seen by the patient to be as critical as the patient’s mother had been in childhood, and he wouldn’t like himself, and he may begin to get cravings for alcohol or drugs. Out of the other visual field, Schiffer was experienced as supportive and empathic and the patient found himself to be much more approving of himself, and his cravings usually diminished greatly or disappeared. These experiences helped the patient to understand that there was a relation between his addiction and his childhood maltreatment. Dr Schiffer would help the patient’s healthier side help his troubled side so that eventually the two could work cooperatively and constructively.

Unilateral transcranial photobiomodulation
Transcranial photobiomodulation (tPBM) is a treatment technique that has risen in popularity over the last few years. Dr Schiffer initiated the first use of it for psychiatric problems. It involves the application of near-infrared light to stimulate neural tissues. Dr Schiffer is an advocate of tPBM and has witnessed effective results upon his patients when used in combination with psychotherapy and routine medication. In relation to dual-brain theory, tPBM is applied unilaterally, to one brain hemisphere and, like the lateralised glasses, evokes either the immature or the mature personality, but the evocation is much stronger with the near-infrared light which goes through the forehead into the brain to stimulate the hemisphere beneath the light. The light is placed over the positive hemisphere and elicits a mature and positive experience.

Previous studies have shown tPBM to have positive effects including increased brain growth factors and blood flow, while decreasing inflammation. It is proposed that the long-term effects can activate signalling pathways, which enhance our cell functioning, but Dr Schiffer feels the responses to the light or the lateralised glasses occur too quickly to be due to metabolic factors and believes it relates instead to quantum phenomena. The physiological benefits of tPBM have been noted in the treatment of numerous conditions such as anxiety, depression, traumatic brain injury, and Alzheimer’s disease.

While cerebral laterality can contribute to the cause of some psychological conditions, it may hold the key to their treatment. The data from the randomised controlled trials lend robust support for the theory.

Treatment of opioid addiction
Opioid treatment is an important area where Dr Schiffer has witnessed extremely positive results when using unilateral tPBM. The misuse of opioids is a growing problem in many countries. According to the National Institute on Drug Abuse, in 2019, nearly 50,000 people in the United States died from opioid-involved drug overdoses. In 2018, Dr Schiffer began trialling the use of unilateral tPBM to help treat his patients who had a history of opioid misuse. He has conducted two published double-blind studies using just the light treatment versus a sham or placebo light treatment, without any psychotherapy. The second study was funded by the National Institute of Health and the National Institute on Drug Abuse. Both studies showed that the transcranial light treatment was extremely effective at reducing opioid cravings in patients with a history of opioid use disorder, but the sham treatment was not.

Dr Schiffer has documented a retrospective review of the treatment’s effectiveness in his private practice, as an adjunct to a patient’s usual psychotherapy. The published review includes results from all 42 patients in his practice who had a history of opioid misuse but were currently in remission. These patients also typically suffered from post-traumatic stress disorder, anxiety and depression. In total, 382 unilateral tPBM sessions were given to his patients over an 18 month period. A lateral visual field test was used to determine which hemisphere, within each patient, had the most positive outlook. The test involves blocking off the left or the right visual field and asking individuals to rate their anxiety when shown an image of an angry person.

Based on Dr Schiffer’s clinical observations, 62% of the patients who had received unilateral tPBM had a remarkable response and a further 19% had a positive but not remarkable response. The remaining 19% had no noticeable response. Although not a clinical study, Dr Schiffer’s results are encouraging in relation to the success of this novel treatment for helping people with a history of opioid misuse. Stimulating and therefore enhancing the more positive hemisphere can help patients to view themselves and the world in a more positive way. It demonstrates that whilst cerebral laterality can contribute to the cause of some psychological conditions, it may also hold the key to their treatment.

What is the next phase in your research around dual-brain psychology?

We have applied to the National Institutes of Health for a grant to study 130 patients for 26 weeks with the hope of achieving FDA clearance and commercialisation. I have patented my method and founded a company, MindLight, LLC, in Massachusetts, to commercialise my device and method and to encourage their wider use. I also plan to give symposiums to clinicians to teach the theory and techniques of dual-brain psychology. More information can be found at www.dualbrainpsychologyinstitute.com/

Dual-brain psychology is an innovative theory and treatment for drug addiction was last modified: April 1st, 2022 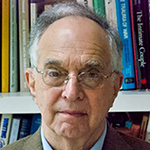 Fredric Schiffer MD is a psychiatrist in private practice and on the part-time facility at the Harvard Medical School. He developed his theory and practice of dual-brain psychology on which he has worked and published over the last 30 years. Recently, he founded and became CEO of MindLight, LLC.

Investigating dual-brain theory, and exploring the effectiveness of unilateral transcranial photobiomodulation as a treatment for opioid use disorder, alone and as well as integrated with psychotherapy.