Earth is surrounded by an invisible yet powerful shield: its magnetic field. This is what causes the aurora to dance in the skies around the North and South Pole, and protects life on Earth from the intense stream of solar particles racing across the solar system from our Sun. But how can we understand something we cannot even see?

The stability of today’s magnetic field is not only important for protecting life on Earth, it is vital for our technology. Mobile phones depend upon it to correctly identify their location. Increases in the solar wind (geomagnetic storms) can disrupt power grids, communications, satellites and navigation systems, and without a stable magnetic field to protect Earth we would be incredibly vulnerable to solar storm events.

Complex numerical models help geologists understand
more about the changes in Earth’s palaeomagnetic field and why they might occur.

Geologists have collated this record of Earth’s palaeomagnetism, stretching back further than a billion years. In as early as the 1920s, geologists who were studying this record noticed something strange. Some of the magnetic minerals were aligned in the opposite direction to today’s magnetic field, suggesting that at points during Earth’s history, the north and south pole of Earth’s dipole have swapped. The Earth’s magnetic field has therefore been undergoing both large and small changes throughout its history; these changes over time are known as palaeosecular variation.

The movement of magnetic poles and its polarity reversal rate through time is controlled by how much the Earth’s magnetic field is structured as an axial dipole.

Studying Geomagnetic Reversals
Dr Franco and his team including graduate students Wellington Paulo de Oliveira and Felipe Barbosa Venâncio de Freitas, are using complex numerical models to understand more about the changes in Earth’s palaeomagnetic field and why they might occur. They investigated a geological interval where there are an unusually high number of palaeomagnetic reversals (this high rate of reversal is about 6 reversals per million years). The Illwarra Hyperzone of Mixed Polarity occurred between 267 and 229 million years ago, and the team gathered an in-depth dataset of palaeomagnetic information including the magnetic field polarity (the orientation of the north and south poles of Earth’s axial dipolar field) and paleosecular variation (the long term temporal variations of the Earth’s magnetic field on local, regional, and global scales) throughout that period.

The researchers compared this period of frequent geomagnetic reversals to other times where a similar number of reversals had been noted. They discovered that the movement of magnetic poles through time is possibly controlled by how much the Earth’s magnetic field is structured as an axial dipole. The majority of Earth’s magnetic field is part of the dipole structure (one north pole and one south pole), however there are additional, complex processes that sometimes cause small variations in the magnetic field that mean less of the overall structure is like a dipole, and there may even be multiple poles. The team noted that these periods of geological time that recorded a higher rate of geomagnetic reversals were occurring when the axial dipole structure of Earth’s magnetic field was weaker – which also coincides with higher thermal flux at the core-mantle boundary – with more of these variations in its overall structure.

What Causes Geomagnetic Reversals?
The aim of Dr Franco and his team was to reach a better understanding about how geomagnetic reversals and paleosecular variation evolve as a function of thermal gradient. This has long been a topic of debate amongst geologists studying palaeomagnetic field reversals. It is uncertain as how palaeosecular variation occurs due to changes within the Earth’s core itself, as well as its connections with the heat extraction from the core and moves across the boundary between Earth’s core and mantle.

The team used their numerical model to study the relationship between core-mantle boundary heat flux (how much heat is moved from the outer core into the lower mantle) and how similar the Earth’s magnetic field is to a dipole structure.

The researchers discovered that when there is less heat transfer from the core to the mantle, the Earth’s magnetic field behaves more like an axial dipole (with opposite north and south poles) and so the magnetic field reverses less frequently when there is lower heat flux. Conversely, when core-mantle boundary heat flux is elevated, there is a higher rate of reversals in the Earth’s magnetic field as its structure becomes less like a dipole. This suggests that during geological time periods where there is a high rate of geomagnetic reversals, such as the Illwarra Hyperzone of Mixed Polarity, there is greater movement of heat from the Earth’s core into its mantle.

Importance of Palaeomagnetism Today
Complex numerical models, such as the one used by Dr Franco and his team, that are used to better understand Earth’s magnetic field structure, the dynamo that drives geomagnetism and palaeosecular variation, are a relatively recent scientific breakthrough. These are incredibly complex systems that have a major impact on life on Earth. The idea of ‘the past is the key to the present’ is an important concept for geologists, where information from Earth’s geological history is examined in the hope of understanding what happens on present day Earth and what we could expect in the future. Fluctuations in Earth’s magnetic field affect all of us, and so if we can begin to understand how features such as the currently wandering magnetic north pole might mean for the overall structure of Earth’s magnetic field and what might be causing these changes, we can be better prepared for future fluctuations in Earth’s invisible shield. 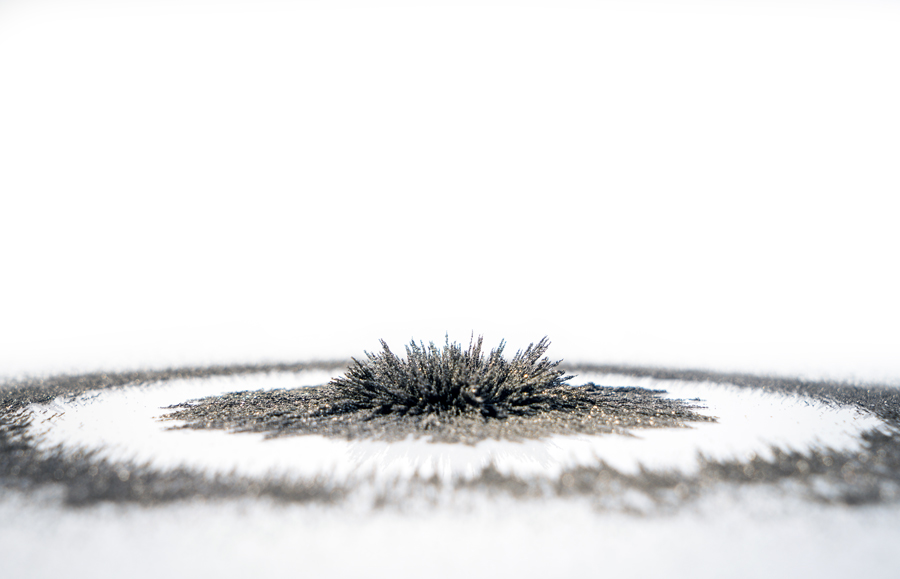 Why do you think it is so important to understand how the Earth’s magnetic field can change?

<=”acceptedAnswer”> The importance of understanding how the geomagnetic field can change throughout the geological eras can especially shed light on the following three points:

There is reliable evidence that the intensity of the field may decrease during geomagnetic reversals, which probably also affects the magnetosphere. That is why it is important to recognise the “signs” of a geomagnetic reversal and its associated mechanisms.

Earth’s magnetic field and its changes through time was last modified: November 22nd, 2022 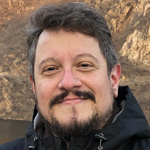 Dr Daniel R. Franco (Observatório Nacional, Brazil) completed his MSc in Solid State Physics (2002) and his PhD in Geophysics (2007) from the University of São Paulo. He undertook post-doctoral training at the Department of Earth and Planetary Sciences, John Hopkins University. He is a researcher and associate professor of the Graduate Program in Geophysics and coordinator of the Laboratory of Paleomagnetism and Magnetic Mineralogy (under construction) of the National Observatory (Brazil). He is Associated Editor of the Geoscience Data Journal (Royal Meteorological Society, UK) and Revista Brasileira de Geofísica (RBGf).

Daniel Franco has expertise in rock magnetism, paleomagnetism and magnetostratigraphy, signal processing and analysis of high-resolution sequences of enviromagnetic data.